Daemonical, Kill or be Killed

Daemonical is a survival horror game set on an procedurally generated island where 4 players must survive against a hideous demon. The idea of the game is similar to Friday the 13th's one, but it feels way better while maintaining the same good vibes. Before continuing I must mention that the game is in early access and may or may not suffer changes overtime (as the development progresses it seems that it's getting more content and there are also lots of patches that include bug fixes). 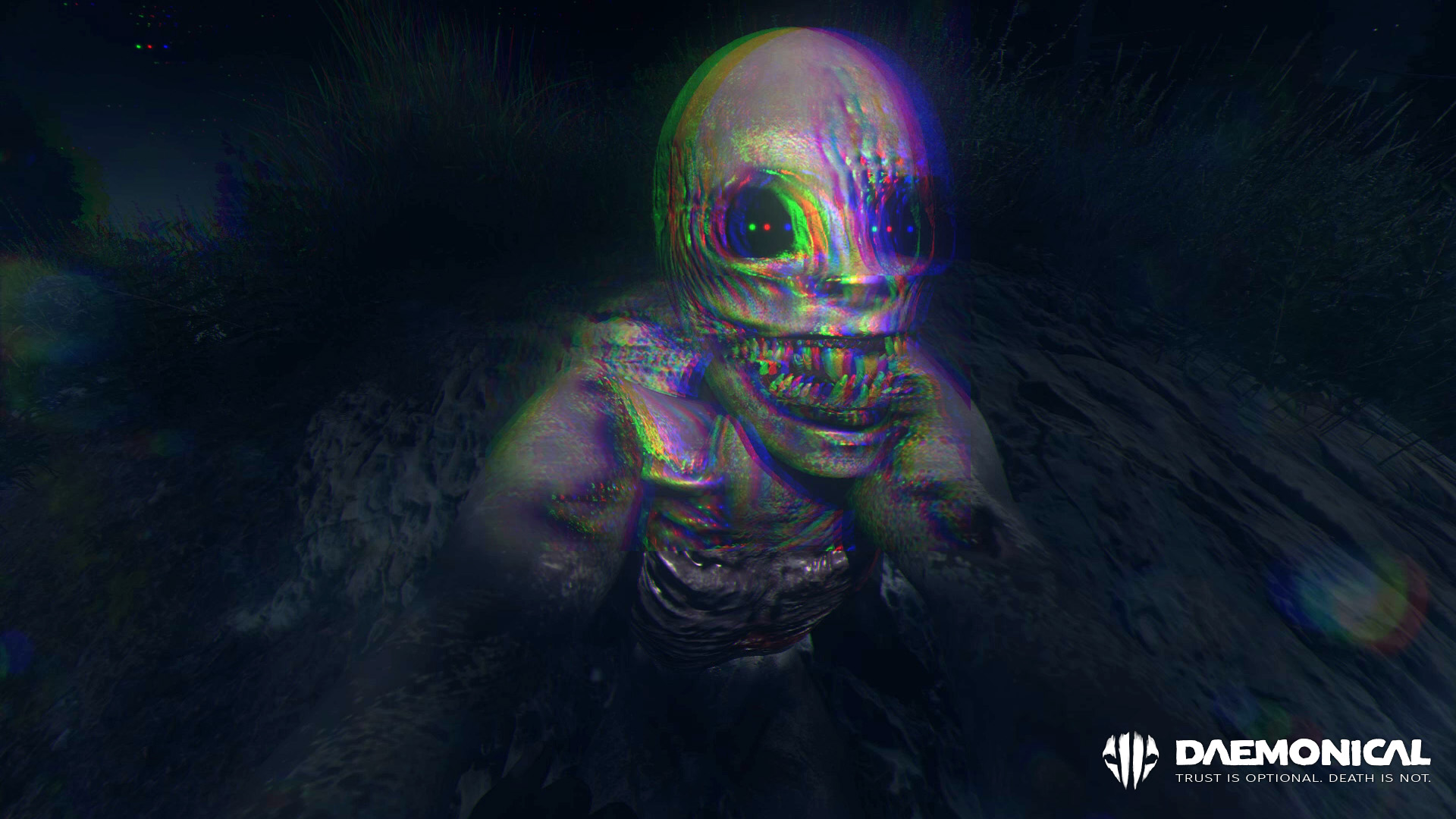 At a first look the game is quite simple, but compared to Friday the 13th, Daemonical focuses a lot more on teamwork. Each match features 5 players, from which one will turn into a demon after a while, similar to Deceit. The difference is here the demon is shown to everyone, you must be blind or have a lack of attention for you not to see him. Survivors are customizable from the menu while the demon is one and the same. There are the basic customizing options: gender, model, skin color, hairstyle and hair color. Clothing isn't implemented yet, but it is planned for the future and will be released at the same time with the leveling system.

As a survivor you must survive approximative 13 minutes or find 4 artifact pieces. There is an interesting mechanic, too. Each survivor possesses a cut on the left hand which shines in the direction of the nearest artifact and can be checked by holding Q. When you are getting closer you’ll see it blink. After the player collects the object, he must bring it back to the altar, the place where all the players spawn at the beginning of a match. Within the island’s houses  (which will be fully procedural generated soon) the player can find pistols, ammo and torches which will help him kill or stun the monster. Killing the monster with the pistol will give you enough time to hide or complete the objective before the monster will spawn again. Torches, on the other hand represent one of the main ways of keeping your teammates alive. The monster is light-sensitive and by having one of those torches handy will protect you and the nearby players. 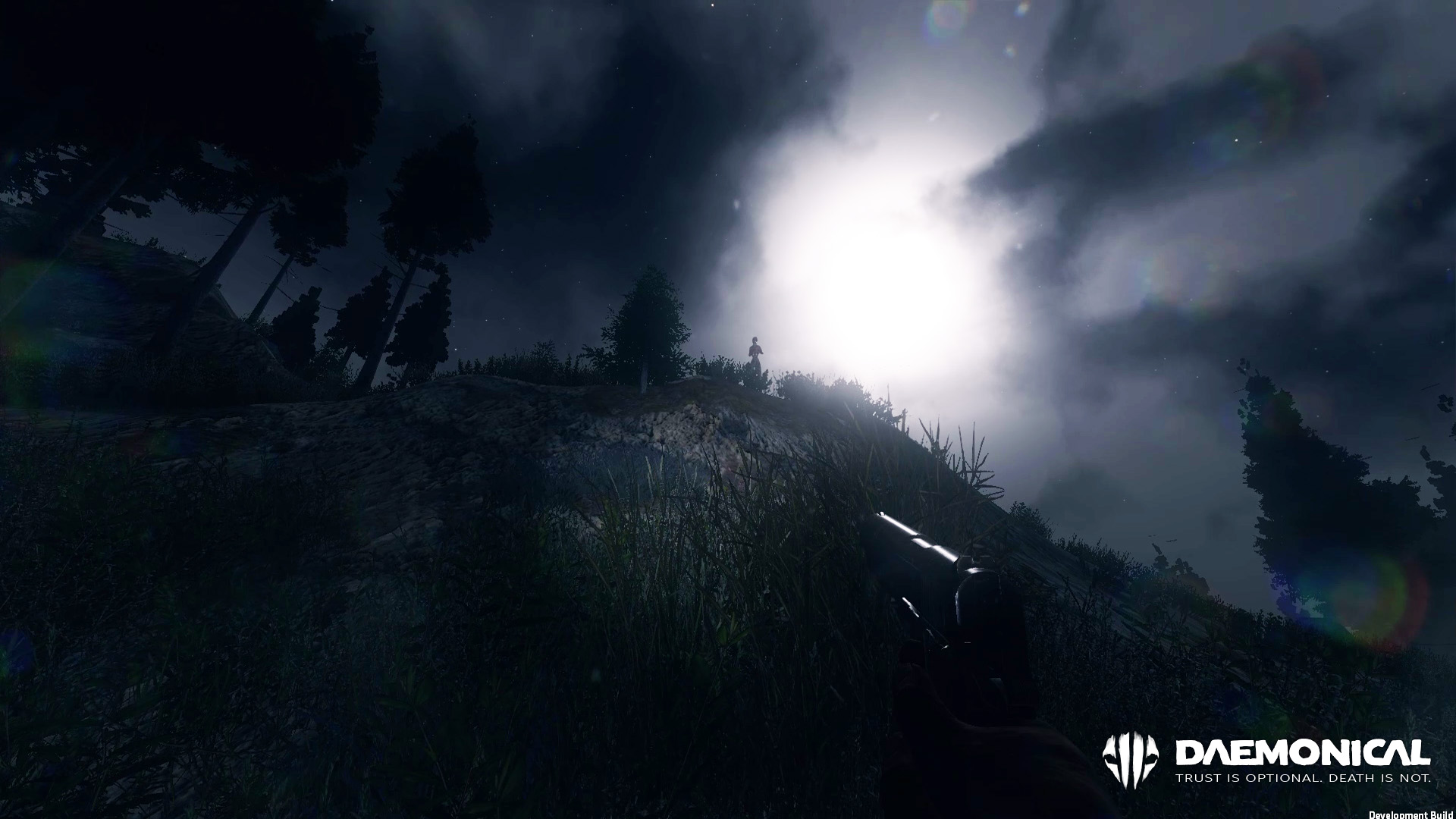 The demon on the other hand must hunt the survivors one by one. Its abilities are: basic attack which has a cooldown after use and can also be used to smash doors down, roar which makes the nearby survivors drop their torches and let you gain territory, and jump on hold, that has a charging bar and gets you higher than expected. In the first few hours of gameplay, you’ll probably think that the monster is overpowered, but killing him it’s quite easy, especially when you group with the other teammates. One thing that got my attention is the difference in gameplay between the two. As the demon, you must stalk the survivors and wait for them to break apart. That is inevitable and it will happen sooner or later. Also, the camera is in third person, which will help you positioning well. On the opposite side, as a survivor you play with a first person camera. This way, the atmosphere is much creepier. You won’t be able to watch your back unless you turn around. So, there is the uncertainty and the unexpected that makes the demon scary. On top of this, the game has a dynamic weather system. During the game, there are a lot of atmosphere changes, from fog to raining, that will make the work of both sides harder.

The music blends perfectly with the game genre, sinister, macabre. The only thing that can be improved are the sound effects, which are decent but a little unpolished. What I think to be the priority in sound effects is a better alert for survivors when the monster is approaching. At the current stage it happens often not to be able to react before the monster caught you. 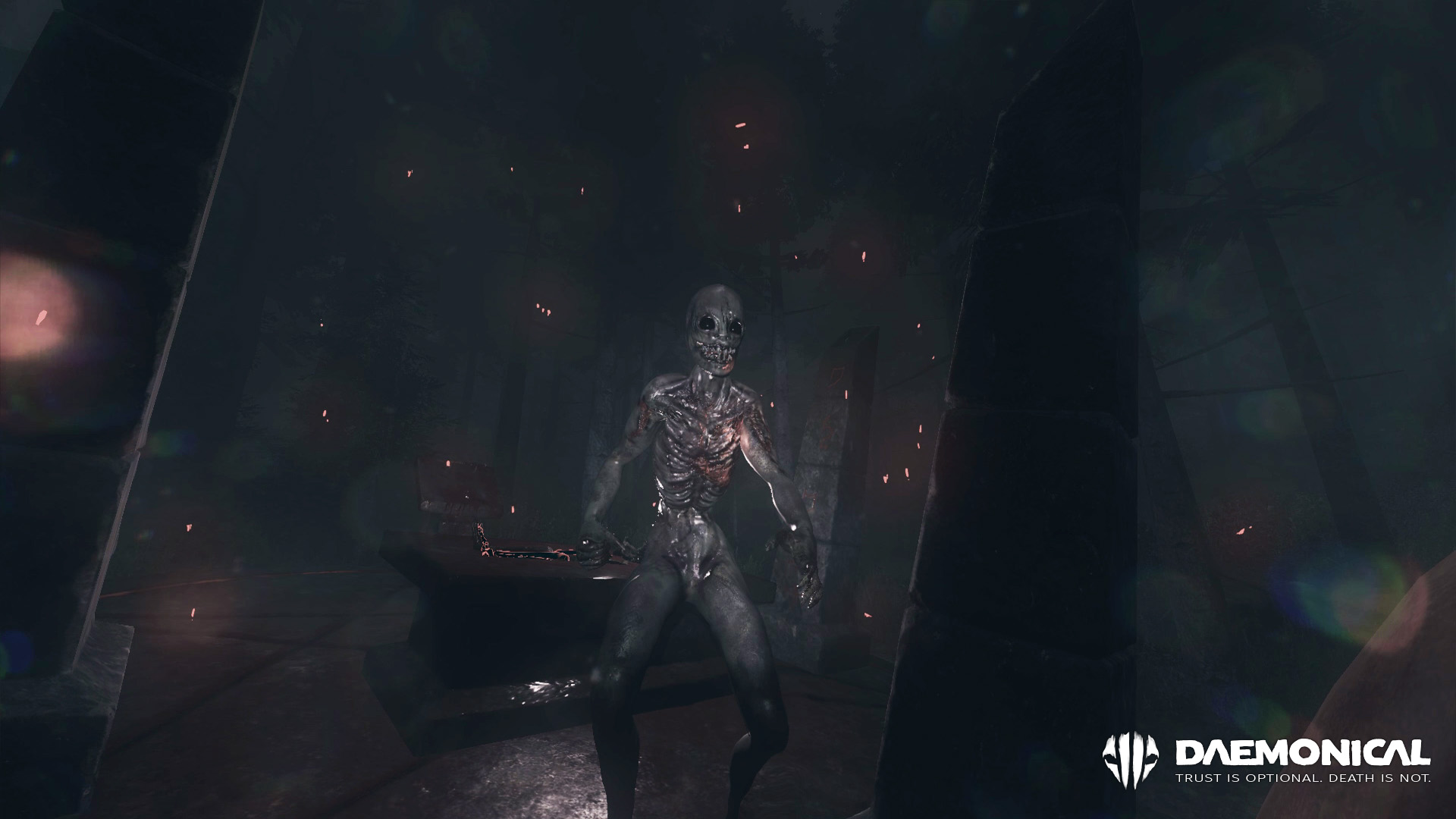 The game borrowed the best things from: Dead by Daylight, Friday the 13th and Deceit. it's almost juke-free compared to Dead by Daylight, the antagonist is not overpowered as in Friday the 13th and the community is much better than the one in Deceit. Moreover, the little jukes you can do here requires skill and, practically, you can’t overuse them. I respect the developers, which mostly you'll find them working in Unity for upcoming content. I hope the best for them and wish the game will rise up to the popularity of the aforementioned titles.