Band of Bloggers: My Final Days of Summer with Roxas and Sora

Kingdom Hearts 2 has several connections to summer for me. Whenever I think back on the game, I remember playing it over the course of a summer and just devouring it. I'm not sure where it would land on my list of favorite games, but after playing it again recently, I think that it could easily be in my top three, fighting for supremecy amongst Dragon Quest VIII and Persona 5. It's not often that you play a fondly remembered game only to realize that it was somehow better than your memory.

I got this game probably for my sixteenth birthday. Probably. I only got games for my birthday and Christmas back when I was a teenager, and I played this game in the summer, so my best guess is that I got it for my sixteenth birthday. I was a jobless teenager in the middle of summer vacation who was sick more often than not. In order to pass the time and ignore my frequent poor health, I turned most often to video games. That summer I turned to Kingdom Hearts 2.

Kingdom Hearts 2 had so much in it that I was drawn towards. It was so much bigger than Kingdom Hearts 1. It played faster, its story happened at a better pace, and it had more varied worlds to visit. One of the first worlds you can visit in Kingdom Hearts 2 is the Land of Dragons, or the Mulan world. How could I not love that?

One of my fondest memories of the game is the 1000 heartless battle. Maleficent is gathering an army of heartless and eventualyl she unleashes those heartless on Hollow Bastian. In short succession Sora and pals fight alongside several Final Fantasy characters in desperate battles, and eventually Sora finds himself standing against an army alone. Donald and Goofy are there somewhere, but the enemy numbers are so massive that Sora can't get to them anymore. Then the cutscene stops and the game tells you to just go crazy and fight all the heartless. All of them. It was so much fun for me that after the battle I saved the game in a new save slot so that I could come back to that moment again later. 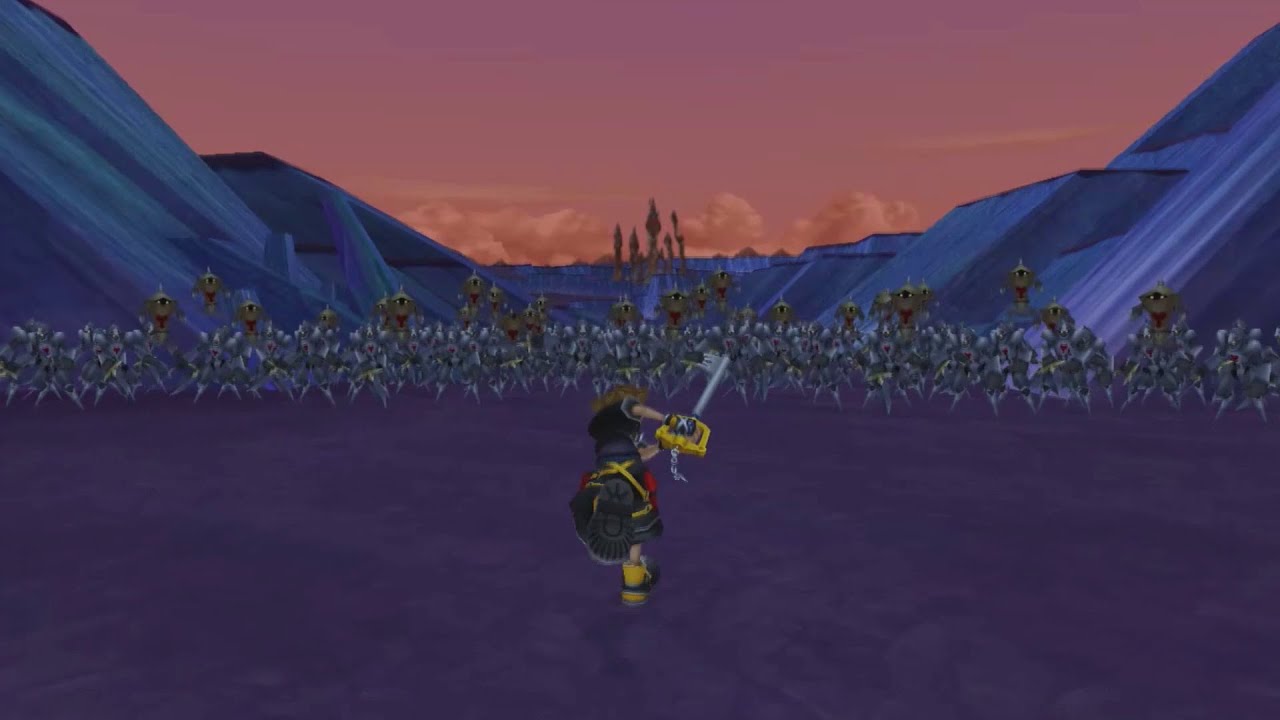 Kingdom Hearts was one of those rare games that I could play nonstop. Usually if I was playing a game I would pause it for food or turn it off to sleep, but not Kingdom Hearts 2. I remember turning it on almost immediatly when I woke up in the morning and just getting lost in it. The next thing I knew, my dad was telling me to turn the game off and go to bed already. I spent an entire day doing nothing but play Kingdom Hearts 2. This was the first time a game had so enamored me. I was stunned that I had managed to play the entire day.

As I replayed Kingdom Hearts 2 for this blog, I was playing it during the final days of my summer break before starting a new semester at college. I had somehow forgotten that the prologue sees a similar story play out with Roxas. Roxas, in his final week of summer vacation, desperately tries to make some good memories with his friends. It doesn't start out all that desperate, but he slowly starts to realize that something is wrong. Most of the prologue of Kingdom Hearts 2 is lighthearted summer fun, mixed with some mild existential horror. Also ice creme. 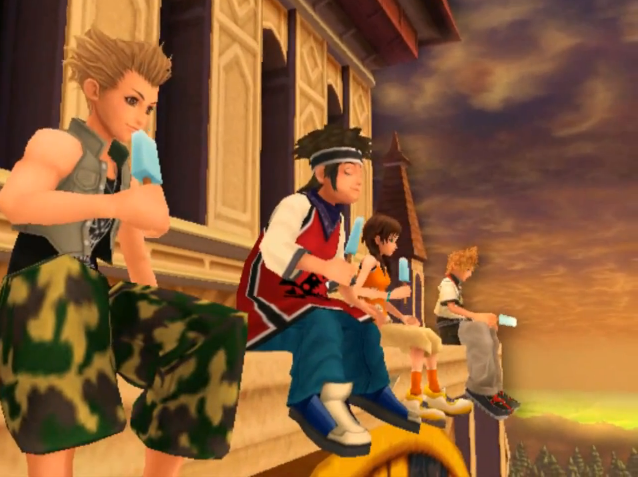 Playing through the final days of Roxas's summer while I was in the final days of my own summer really made the prologue resonate with me. Normally the prologue is a bit of a slog and it has successfully prevented me from going back to the game as much as I really should have. Playing it like this has helped me to appreciate the prologue. I think that hearing that other people disliked it might have colored my memory of it, but now that I have made this connection with it, I've grown to love it again.