I have a hard rule for third party content on any console these days; wait until there’s a PC version without Denuvo. With backwards compatibility on consoles being what it is these days, it makes little sense for me to invest in a console library that would be unplayable going into the next generation. I’ll still get first-party titles for my Nintendo Switch, but the vast majority of my library has and always will be on the PC.

Having said that, I’ve had a slight change of mind after visiting some old childhood friends of mine this past weekend. I didn’t really know what they wanted to do, so I brought my Nintendo Switch with me. Since I forgot to bring my dock, we ended up playing some of the multiplayer games I have on my Switch by propping it up on the table and taking turns with the two Joy-Cons. And I gotta say, it was one of the most fun multiplayer gaming experiences I’ve had in a long, long time. 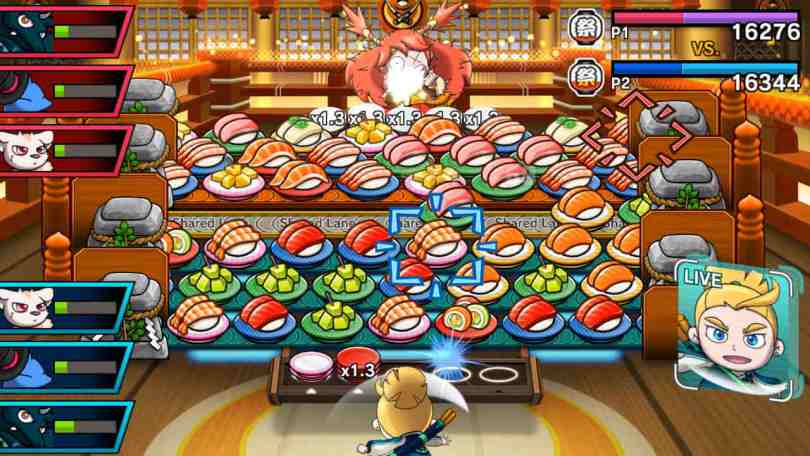 See, I don’t really give much of a crap about online multiplayer anymore. I used to for a while, especially when I was playing stuff like Borderlands and WarFrame, but that was more of a means to an end. Even when I was playing stuff like Smash Bros or Killer Instinct online, I never felt much of anything. The best multiplayer experiences I’ve had were all in person with close friends. Unfortunately, prices for controllers have gotten ridiculous over the last 15 years.

Now, thanks to the Switch having a full set of joy-cons, I’m able to facilitate local multiplayer matches with friends for the first time in ages. And with the system’s ridiculous versatility, I can take the system with me and set these multiplayer games up wherever, whenever. This is such a small feature that I doubt I’ll use it all that much, but much like being able to play Wii U games completely on the couch if I wanted, it’s one of those little things that makes it really enjoyable to play on.

I know those last few paragraphs sound like me shilling for Nintendo, but don’t worry. I’ve still got plenty of crap to give them. But that’s for another day.

And now, here are the C-Blogs written by you lovely lot.

* - Kerrik52 is back with another Travellers in Playtime. This time he’s going through Kingdom Hearts: Final Mix.

* - Cory Gavaza has a retrospective of the Jak & Daxter games, one of the PS2’s standout franchises. This was back before Naughty Dog got an inflated ego with every game they made.

* - Fucking hell, two in a row with this guy! I like minigames. They can be fun distractions from the main storyline when done right! Cory Gavaza goes over a few such examples.

M - Alejandritto wrote his first blog this past week! He talks about whether you give Shenmue I & II a go before trying Shenmue III when it comes out.

M - Alas, poor Waluigi. I knew him. Jonathan Holmes talks about the latest issue of Nintendo Force, which is dedicated to this lavender loony.

D - So how about ‘dem Superb Smashing Boys, huh? It was on a lotta your minds this week in the comments, as evidenced by this week’s COTW.

D - J Jason Rodriguez discusses one fateful summer in his Band of Bloggers entry. It involves Busch Gardens, touring across Virginia and Morrowind.

R - Lord Spencer is back with another Sega Saturn review. This time, he talks about a game called Soviet Strike.

P - Fighting game lingo can be a bit hard to understand sometimes. Virtua Kazama talks about one game that aims to change that a little bit, Footsies.

D - Osc shares some progress he’s made in his game design project.

T - Bit By 8 Bit started playing The Sims 4 and decided to recount his experiences with the game thus far. Cereal is involved.

R - SaiTatter reviews the indie game HotFloor. It's like playing "The floor is made of lava", but with gliding.

A - occultuscmd shares some art he made for a game project he’s working on.

A - Want to know the fastest way to Torchman's dick heart? Just show pictures of a Gundam model you're building, like what siddartha85 does for Gundam Barbatos

C - Ever been confused about the difference between RPGs and SRPGs? Don’t worry, GrandLethal16 wrote a blog to explain everything!

L - Well I’ll be damned! Dwavenhobble doesn’t mention Anita Sarkeesian once during his entire piece! I guess his anger at Microsoft made him lose sight of his true love.

C - gadgerdoo gushes about the DOOM series, paragraphs be damned!

C - DDboi's back at it again with another military shooter. This time, he talks about World War III. No, not what'll eventually happen, I mean a game called World War III.

We’re still looking for bloggers for these weekly C-Blog Recaps. If you’re interested in helping us out, let us know!

And remember: If you are what you eat, then you're ass is grass.