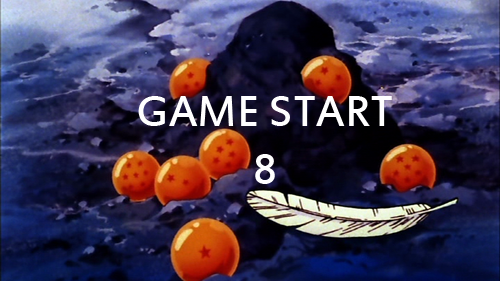 Well, well, well. What an exciting turn of events that I had happen to me immediately following my last post. I said I had taken the week off to unwind and de-stress. But in the last few days of that week, I had the worst experience I've had that made me think "yep, this is it." As far as the doctor and nurses were concerned, I was still pretty young to have a heart attack and their test results said my heart looks and is running just fine. "Have you ever had a panic attack," the nurse asked. Chalk it up to a panic attack, I guess.

Since then my stress and anxiety from that event has me over-reacting (hopefully) and being overly sensitive to my body functions. Not fun. Fortunately I'm in a much better state compared to that night, but man that FUCKING SUCKED. Due to that, I haven't really been doing too much on my game. Like I said people, take care of yourselves!

Having said that, here's what has been going on in my project so far.

The project for the Unity 3D course revolves around making a rocket ship that will eventually traverse various obstacles to get to a goal. As with the other Unity course I took, this will go over the basics in programming, but also goes a bit deeper with some terms and Unity functionality.

I'm really liking this one because once you're a few videos in, you can already start messing around with the rocket and have it do all sorts of stuff. As you see above, I've built a fairly simple rocket, a few obstacles, the ground, and a launchpad. It was all built from the basic shapes in Unity. Some of the objects also have materials added to them. These assets are seen at the bottom.

On the right is the Inspector. This allows you to see all the components attached to each object - in this case my rocket. If you look over to the bottom of that Inspector, you can see a script for the rocket. This is what handles the thrust and rotation. However, you can clearly see that there are values which can be adjusted. You can actually make values inside the script viewable to the Inspector via certain keywords.

This is the type of stuff I like to learn about. When you can immediately see your results just by adding a few lines of code. I don't know why, but it gives me a good feeling when I can see one thing impact some other thing. Sometimes it can't be that simple - sometimes you have to build it piece by piece. But even then, when you've completed your code and it works, it's such a good feeling.

By putting one of the two keywords in front of the variable that you want to make public, you can bypass messing with the script entirely and just change the values from the Unity Inspector. This is obviously makes it much easier to test your game instead of going into your script, changing the code, saving it, updating the Unity game with the changes, and then play-testing it.

Right now, I have a flying ship that can thrust (ooh sexy) and rotate and plays audio when you do thrust (hot). When you look back on what was learned, you think, "Wow. That was really easy, actually." But starting out, it's hard to even know where to begin. This has always been my problem. But this course has guided me into at least making something, even if it isn't an original game. Because of this, I actually have gotten a few ideas of where I want to go.

The first project was basically an intro to programming project, so I skimmed that one. But this one has me learning and using all sorts of new stuff that I'm sure can carry over into other real world projects and work, too. Definitely love that. I'm apparently 30% into this 3D course so that's cool. There's 2 more projects that get into other advanced stuff, but I think I'll take a break from those after this current project is done.

My ever-changing game plan is to start making a game from the concepts I do know. Once I've reached a point where I think I need to learn more to add more stuff to the game, that's when I'll continue the other projects. But who knows. Life has a funny (and shitty) way of working out sometimes. But I know it's up to me to decide how I respond. So my response is to make a fucking game and make a career out of it.