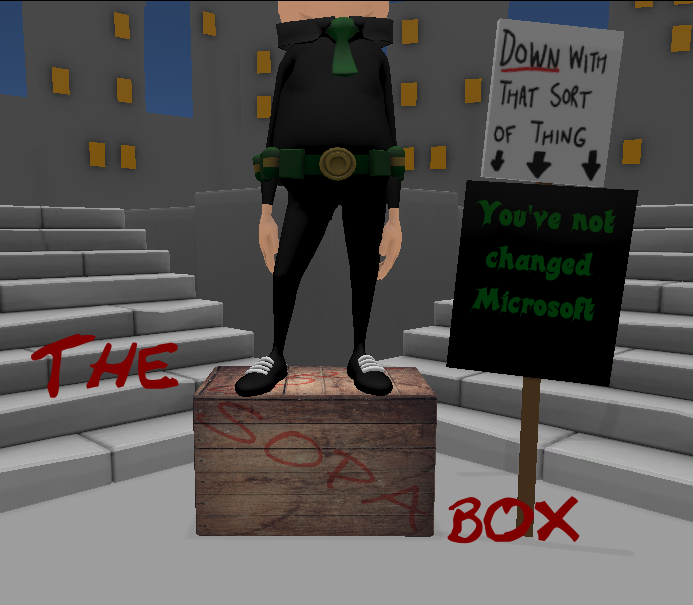 So this week it's time to get angry at Microsoft.

First there is their messy unorganised user interface on the ...........

What do you mean Jim Sterling already ragged on this in a Jimquisition a few weeks ago, are you telling me you are a supporter of that FASCIST DICTATOR

He doesn't do that schtick anymore you moron, he's moved on and is a showman

What do you mean Jim Sterling doesn't do that caricature anymore and his new one is as the greatest showman in games media. Clearly you are trying to sow discord among us and try to stop our GLORIOUS COMING REVOLUTION AS WE THE PEOPLE RISE UP AND CAST OUT THE OPPRESSORS.  When that time comes you will be among the first with their back against the wall for your crimes here.

Now that our little fascist agent trying to derail this is out the way, it's time to get back on track.

While some people might know there were different dashboards on the Xbox 360, few seem to point out there was actually 3 different one (at least). Arguably the bigger step from Blades to one called NXE which while it allowed them to push essentially adverts for some content onto the dashboard you could very easily avoid them and at most they'd be sort of seen in the background a bit if you were scroll through the marketplace pages. 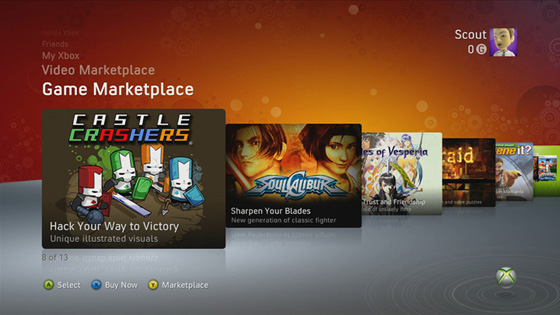 This image and subsequent image from Techobuffalo

The point where the true scummy practices came in was with the Universial Windows Platform Windows 10 esc Metro design. Not only did the Metro have ad space on each page and large section pushing other content even on the home page but the marketplace splash screen pages were mostly adverts themselves. 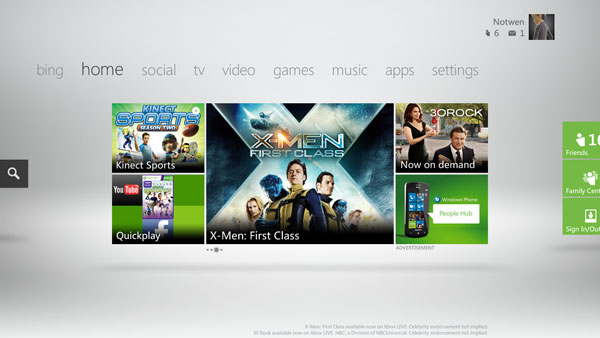 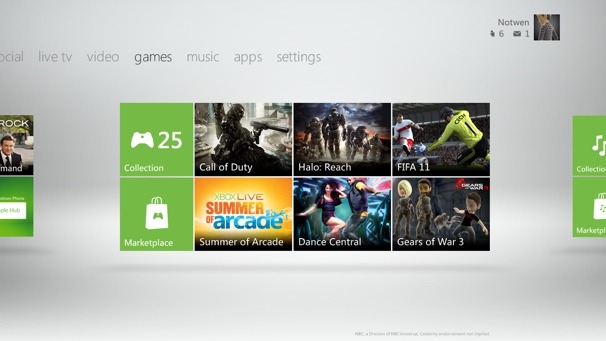 Actual paid adverts to your home screen on Xbox 360 while logged into online even when using the paid online services. Look I have a Amazon Fire TV but at least that let me turn off auto playing adverts and it only advertises other stuff on its own service it's not selling ad space to Doritos and Mountain Dew.

Something additionally scummy people don't realise about the Metro design were actual design changes that made browsing worse. The interface was less pleasant to navigate with a controller because it was designed more with Kinect in mind. They also adjusted the category options so rather than being able to skip to say indie games beginning with the letter M you had to go on indie games and scroll through from A-M or from Z-M to get to just those beginning with M. Oh and when you're me with close to 150 indie games from the XBLIG marketplace and 150 or so demos it was very annoying. This change to actually make it harder to search was also designed to push people to Kinect to use its voice search, or use the newly implemented Bing which then searched not only the stuff on your console but also all the marketsplaces too. This wouldn't be the first time Microsoft made things worse to push Kinect but more on that later.

What people also likely don't realise is Microsoft were really pretty scummy to developers: Tales of developers who Microsoft agreed specifically to act as publisher for their title to use as a flagship game to push Windows 10 seeing the studio head have to remortgage his house to pay his staff. Not through a fault of his own but because Microsoft were so late paying him the money he was due and was needed to pay his staff he had to re-mortgage his house to keep going.  Microsoft promising to help push Super Meat Boy and give it plenty of promotions, and then not bothering. Or how about when Microsoft were late paying their XBLIG indie developers, not once but twice. These are only the stories that have reached the public. I've heard tales of broken or missing sales data numbers, I've heard tales of an awful maze of people and departments to navigate through in the past.

They didn't get much better at the start of this generation as they pushed a launch parity requirement. A requirement meaning indie developer had to release either exclusively on Xbox One first and other platforms after or release on all platforms at the same time. This meant more resources and time and money for the indie studios either making the thing work on all systems or release on Xbox One first then have to wait a period before getting to release on PC and PS4. The effect of the clause being if the indie developers didn't give MS timed exclusivity or launch on Xbox One at the same time as any other platforms Microsoft wouldn't let the game be released on their system at all. This is the reason the PS4 seemingly got a number of indie games that didn't make it onto the Xbox One in the early days. Microsoft did drop this requirement eventually but not before the damage was done to their ,already damaged, image in the eyes of indie developer.

Now remember how I talked about Microsoft making things worse to push Kinect earlier? Well you might remember that's just what they did to the Xbox One, initially the claim was Kinect was a requirement. Turns out that wasn't true and all Kinect did was push up the price and actually reduce the amount of memory the developer had to play with while creating their titles for the system.

You might also remember Microsoft tried to make their console a DRM machine in essence which was potentially going to end pre-owned sales with some digital disk tie in thing that would mean to lend someone a game they'd have to pay a rental fee to the developers (or more likely publishers) or something like that. Sony even mocked them for it.

Microsoft also planned to implement a system in the Kinect to charge you per person watching rented films or shows etc on the system. Yes really. So it wouldn't have been a flat price to rent a film you'd be paying per person in the room and you better hope no-one else walked in.

Hell last generator Microsoft only started giving away free games with Xbox Live Gold in response to Sony doing it with their PSN Plus service.

People keep on about how good Microsoft have been and how they'll be the leaders next generation unless Sony acts to keep up, well no they won't. You see if the worst most egregious things we're seeing from Sony are them being a big overprotective when it comes to not allowing cross platform multiplayer and stupidly locking 3rd party accounts for certain titles to their console, they're nowhere near the level of scumminess we saw with Microsoft  when Microsoft were at the top and felt untouchable. You've not changed Microsoft and no matter how much you try to show off your fancy new game pass or how you love cross platform play or even the uncurated indie game marketplace (seriously is there anyone whose even looked into there to see if there is anything?). I don't believe you've actually changed and so far I don't have much of an intention to come back to have to deal with your every increasing levels of bullshit a second time the moment you think you're in the lead and can get away with it.

Thank you for reading and if this has somehow ended up on the desk of someone in the Xbox division consider this your chance to turn things round for remember THE REVOLUTION WILL BE LIVESTREAMED.