RPGs vs SRPGs - What Are Some Key Differences? 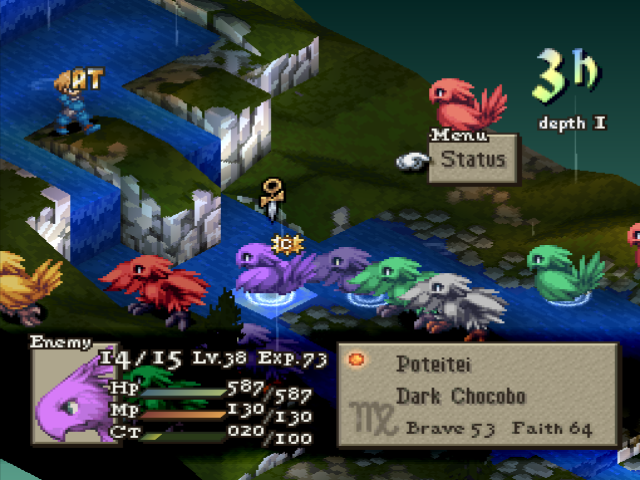 I had a question that came up following my post on Final Fantasy Tactics last week. A reader asked for more clarification on the differences between RPGs and SPRGs. Here goes!
(BTW, I’m only going into detail on the aspects of RPGs and SRPGs that differ significantly or that I feel need clarification).
RPGs, or Role-Playing Games, are games where the player assumes the role of one or multiple characters immersed in a clear-cut environment. Role-playing games boast much deeper character development and more complex plotlines than other game genres. This development is often facilitated through extensive dialogue, cutscenes, and expositional sidequests. Characters will often transform greatly as individuals over the course of the narrative, and the inner turmoils/thoughts they experience throughout will be a highlight within this genre. This genre puts emphasis on making unique circumstances of the human condition relatable.
As you progress through the game, your characters will level up, typically by defeating enemies in battle, though there are a few exceptions to this. Your party, generally consisting of anywhere from 3 to 5 members, is positioned against a party of enemies. Common formats for battle include turn-based, real-time, and combinations of the two. And this is where the main distinguishing aspect of RPG gameplay comes into focus. 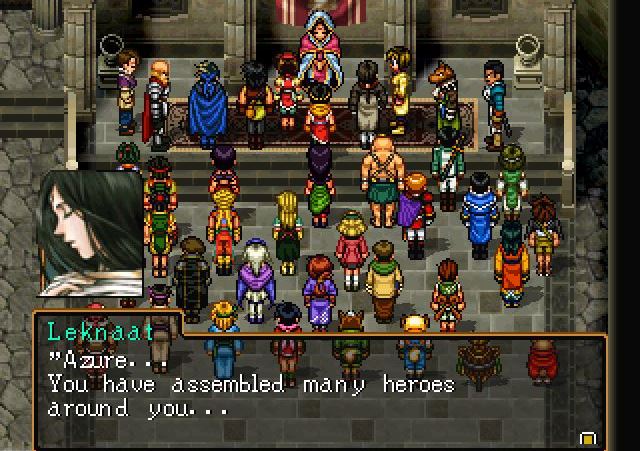 Battles in RPGs center around strategic planning and execution. Exploiting enemy weaknesses and capitalizing on them with your party’s strengths is the name of the game! “Oh, you’re fighting a massive Land Turtle with high defensive properties? Better have the magic-caster take it down!” That’s the general sentiment in RPGs - utilizing those elemental/typing vulnerabilities to succeed in battle. Party composition towards balance while filling combat roles is also very essential to success (i.e. having a healer in your party, versatility of offensive options, etc.).
SRPGs, short for Strategy Role-Playing Games (also known as Tactical RPGs) are characterized by what they add to the aforementioned RPG genre. They still featured extensive character and story development. SRPGs also add an additional layer of tactical challenge to the battle mechanics. Whereas in traditional RPGs, pinpointing and capitalizing on enemies elemental or typing weaknesses were the typical extent of strategy, SRPGs challenges the player to also take the battle maps terrain into consideration. Analyzing a map for a good vantage point for you archer, setting your physical tank in a choke point to protect your less durable units, and gaining the high ground to protect minimize damage sustained from the enemy are all strategies you must learn and learn quickly to succeed!

Sure, party composition was still important, but positioning within a map plays a bigger role to winning battles and doing so effectively!
No matter which gameplay scheme you prefer, both RPGs or SRPGs can be a ton of fun to play! Personally, I prefer SRPGs but play more RPGs because it’s a challenge to find a truly great Strategy Role-Playing Game.
That’s the differences between RPGs and SRPGs!
Did I miss anything? What other traits make up RPG/SRPG games? Which genre/sub-genre do you prefer? Please share them in the comments below!
Here’s some examples of JRPGs and SRPGs that encapsulate the features of their genre/sub-genre very well (and have aged spectacularly with time). Most of them are fairly easy to get a digital copy of these days, too!
JRPGs: Final Fantasy IX (PSN), Star Ocean: Second Evolution (PSP), Dragon Warrior 3 (GBC), Persona 4 Golden (PSVita).
SRPGs: Tactics Ogre: Let Us Cling Together (PSP), Final Fantasy Tactics (PSN), Fire Emblem: Radiant Dawn (Wii), Wild Arms XF (PSN).
Login to vote this up!

I've been playing all kinds of video games since before I can remember, but my interest in JRPGs exploded after the first time I played Final Fantasy IX and The Legend of Dragoon. Ever since I've been playing just about any JRPG I can get my hands on!! I also love fighting games and Metroidvanias.
Send me RPG recommendations and I'll play them!

I started streaming in August 2016 on Twitch, and now I'm expanding to YouTube Gaming/Mixer!
I tower above most people at a modest 5'7", AND I roleplay a Chaotic-Neutral Rogue (Thief) named "Swiper the Swift" in D&D (5e).