Sigh... What happened Nintendo? When did you turn into EA? A remake with DLC that costs more than the actual game? A ridiculous amount of character classes as DLC? Why does it feel like the game is still incomplete? What the hell happened?!?

Fire Emblem Echoes follows two individuals: Alm and Celica. Early on, they are separated. These two are trying to bring about the end of the conflict and trying to reunite the country. Alm plans to do it by killing everything in his way and Celica is pretty much the same though they try to portray it as different. It also retcons the game to be a prequel to Awakening from the looks of it. There's also a bunch of stuff about war sucking and the need to end it because gods are being assholes in general and mankind needs to be set free from this non-sense to decide their own future. 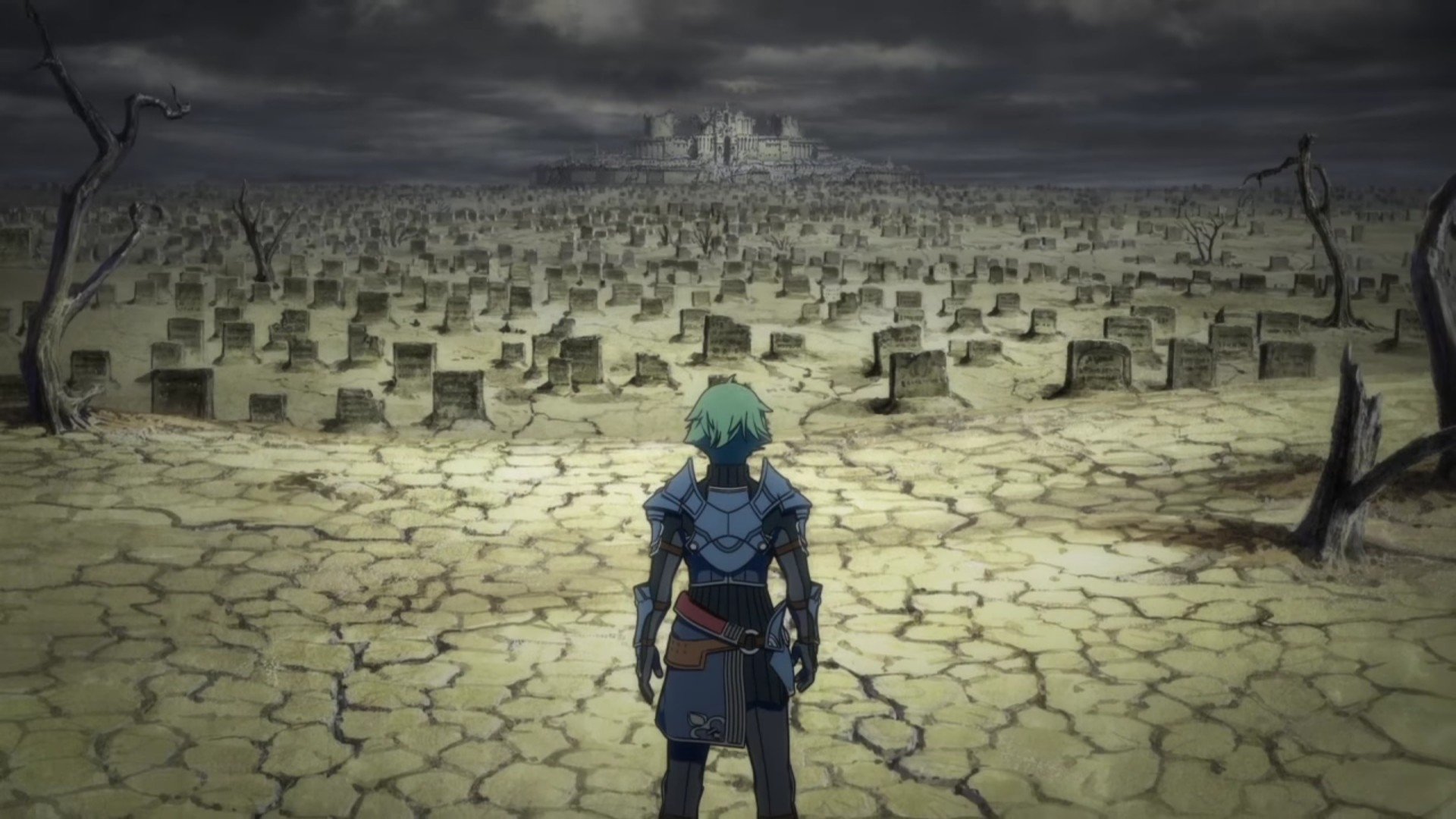 The game's graphics are pretty good, especially for a 3DS game. The character models look okay, but some characters feel off. There's a lot of enemy repetition as all the units of the same type look the same and feature the exact same artwork. The CG illustrations are great and have been updated to match the recent games. The dungeons do have some issues though as objects look the same, even for breakable and unbreakable. The camera has issues, making it hard to see things due to how zoomed in it is in the dungeons. Luckily, the world map has nothing of that sort and everything is okay there.

Echoes is a downgrade from Awakening and Fates despite being a remake. Partnering is gone. The weapon triangle system is gone. Social relationships are mostly gone (mostly have to be triggered in battle). They are replaced with things like being able to see areas of the game like an old point and click adventure game, ability to talk to people to recruit them in said areas (though most are fixed), and no more limited durability weapons that been so prevailant in other games. It's generally a trade off, but feels like there is a lot less here than in other games. The best thing is a lot more voice acting and a lot less random grunts from Fates.

There is a lot in the game that is different. Changing classes require you to be at special statues in dungeons rather than in towns. You can do this as early as level 3, which is nice considering almost everyone in your team starts off as a weak and nigh useless villager. Changing classes really needed to be in towns or world map rather than dungeons in my opinion. Tying them to the dungeons just feels like something that was needlessly done to pad out the game. Every time you want to change a character's class, you gotta find the statue in the dungeon!

The dungeons are designed like dungeon crawlers, but when you run into an enemy, you get the traditional Fire Emblem turn based strategy fight. These dungeons gradually build fatigue on your characters and lowers their HP. They have to eat provisions or offer food to a statue to get rid of it. This is usually not a problem, but can be annoying as hell to deal with in longer dungeons and when you grind later. At the end of the dungeon, you can also get slight boosts in stats. Gotta run them if you want those stat boosts from those springs. 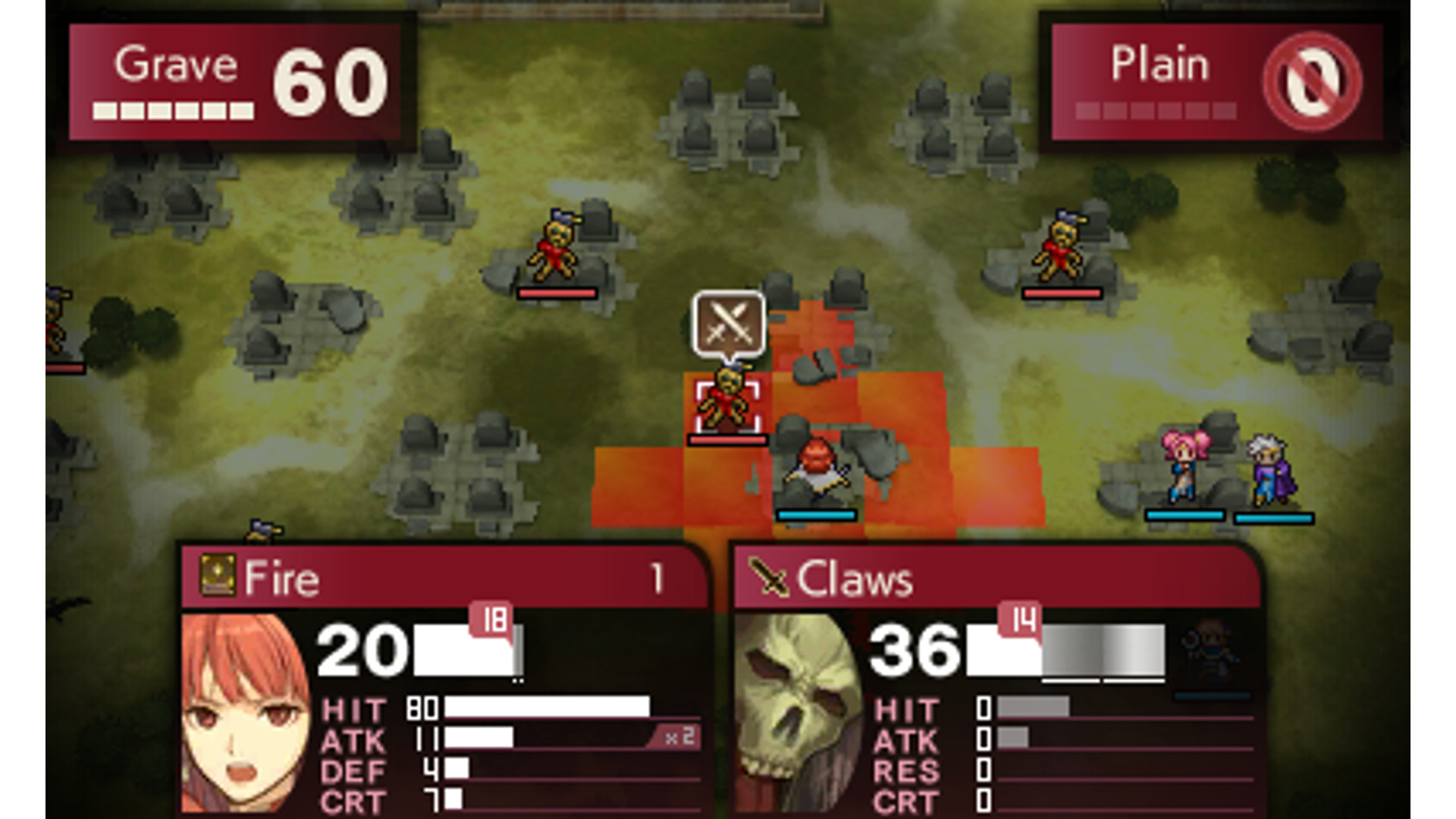 I really wish this dungeon and fatigue system did not exist though because it really sucks a lot of fun out of the game because dungeons become all about sneaking around and avoiding fights rather than actual exploring since heals damage your healer, so you don't get many heals anyways. I feel like they failed on this part since the end game is focused on reaching the bottom of a 10 floor dungeon, one where you basically gotta avoid all the fights anyways. In the end, the dungeons feel forced and you would probably want to avoid them altogether if you can.

The equipped skills of the newer games have been replaced by arts that pretty much do the same thing though they have to be learned through weapons. This time around though, they are tied to specific weapons meaning you gotta equip certain items to learn certain skills. For some reason though, some weapons cannot be equipped. These items include axes, which are an enemy only item. Alcohol items cannot be used by any character so you just have to sell them.

One of the things that is in this game is optional characters. You are given the option to recruit some characters and there are some characters that are hidden until you meet certain conditions. This would be nice if there were more options. Each Alm and Celica have about 10 characters to recruit that basically amount to just talk to them. It would be nice if they had more though or made them slightly more obscure. Right now, they are pretty much cannot be missed.

One problem with the game is that you are forced to switch back and forth between Alm and Celica. They should have done it Fates style and just have routes instead. The game seems to be built for that, but instead, you are controlling two separate parties in two separate storylines that do not do much together until the post game content. As a result, there's not even a branching story where you might have some influence on the events.

What is really disappointing in this game is the DLC. The final classes for your characters are paywalled. You have three separate leveling areas instead of the scaling ones like in the previous games, which are also paywalled. You have some of the events that take place between the intro of the game and the first chapter of the game paywalled. Currencies needed for upgrading items can be acquired in low amounts from dungeons, but much more easily from the paywalled maps. 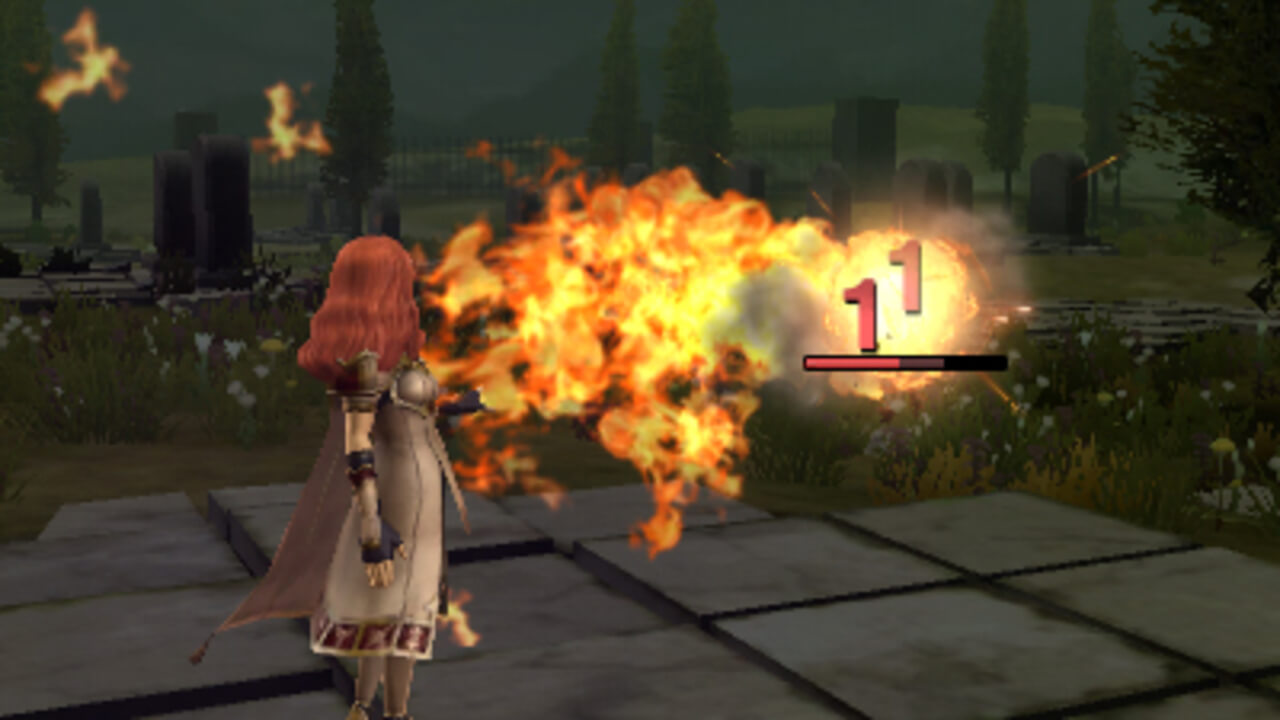 The game itself is not too bad, but it also is not as good as the previous entries. The lack of a custom character and a smaller cast means more focus, but it also feels just barely above Fates in terms of character development for the ones we have. It is slightly behind Awakening's which set a very high bar. The overall plot of the game actually feels suited to be split into two unlike Fates, which makes it feel a little ridiculous that they tried to make you play as both factions at once in Echoes. The voice acting in the game is good, but the gameplay feels simplified. The dungeons feel more annoying than like something new to be enjoyed, especially when a basic town feature of promotion is put in a dumb dungeon. Yet, they force you into them at every turn. They also continue the habit of filling in some of the blanks in the story with DLC, but the DLC this time also includes your class changes, which is flat out dumb. It feels like they were so focused on the graphical updates that they forgot to fix much else in an old game that was supposed to be a remake.