In the darkest, murkiest corners of the web (Reddit, 4chan) a network of conspiracies was created which is bubbling to the surface, attaining mainstream media attention.

You may be hearing bits and pieces about QAnon, the most recent in the "deep state" conspiracy theories involving US President Donald Trump.

For those who aren't aware, QAnon is big theory that wraps up all the other theories into one banner. Based on an anonymous poster who many in the QAnon community believe is a government agent, the theory goes that the Mueller investigation is actually an effort by Trump to lure out and charge deep state agents like Bill and Hillary Clinton and Barack Obama of running an underground pedophile ring.

The theory argues that everything which seems chaotic and bumbling about the White House is actually part of the government's plan to root out these players and everything is going according to plan.

A shadowy cabal of agents running the country from the shadows? A ragtag group of folks both in person and on the internet trying to expose corruption and free the public from the overwhelming propoganda?

So coincidentally I plug in my PS2 and start playing Deus Ex again and I realise exactly why conspiracies like QAnon and Pizzagate are so popular. 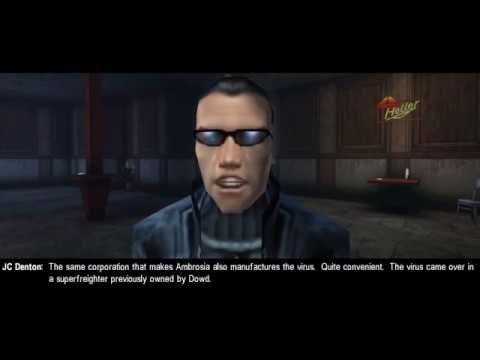 In Deus Ex, an organization called MJ-12 runs the country and the world from behind the shadows. Government officials are told what to say and everything that doesn't fit into MJ-12's narrative is shut down or destroyed.

So it's up to a former government agent and a series of rogue freedom fighters to go up against the system of oppression behind the government.

And as I play it, suddenly QAnon and Pizzagate begin making more sense.

The idea of a government conspiracy, where terrorist attacks are fabricated to empower certain parties, or where everyday locations like pizza parlours are secretly underground child-sex trafficking rings, are vibrant and energizing conspiracies.

Conspiracy theorizing have always had a romantic element to it. The image of your average conspiracy theorist floats between a basement-dweller asking his mom for more pizza pockets and the sexy Agent Mulder uncovering truths no one wants revealed.

And when you're the one exposing those secrets you're living the romantic dream.

When Grand Theft Auto 5 came out there was a lot of rumouring and theorizing about Mount Chilliad, that there was some UFO-related secret that no one had ever found.

Me and a friend began talking about it while we were biking down the mountain in a play session, which devolved into us looking for mysterious rock formations down the mountainside for vague clues which would lead us to undiscovered secrets. 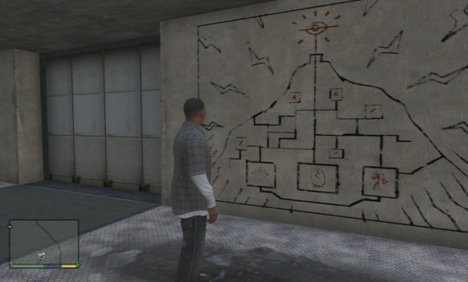 Of course none of this was true, there were no secrets that weren't already publicly known at the time. We spent an hour and a half looking at the same rock asset in different place basically going "the rocks man! What do they mean!?"

But I'd be lying if I didn't say it wasn't fun. In the same way playing Deus Ex made uncovering and deconstructing its secret world satisfying, the "secret" of Mount Chilliad made the game more interesting to play.

And this is what people are experiencing in real life in this conspiracy theories.

People are seeing posts by alleged government agents (they aren't) and hearing information from alternative media sources like Alex Jones (a known Sandy Hook denier) and putting together pieces and forming links where none exist.

Because the world where Barack Obama is part of the deep state and he's running a child-sex ring is fascinating and it feels empowering to hold upper-class people like him accountable, even when the claims people are making against him are completely fabricated.

When I play Deus Ex now, I marvel at just how ahead of its time it was. The theories it made were very much related to conflicts going on at the time (the rise of corporations, the power of lobbyists, the connections between media and government), but it also predicted something the designers could never intend.

It created a world where everything you heard uttered in hushed tones, but never out loud, was true. It established the government as a layered institution where, the deeper you go, the scarier the truth becomes.

And that's kind of horrifying. It's always bittersweet playing Deus Ex now, knowing how fun the game's conspiracy-laden plot is, but also how far it's been taken to the extreme today.

Because when I set the controller down after playing Deus Ex, the conspiracy ends. For many people sharing theories and harassing or attacking people in real life, the conspiracy doesn't end that easily.