Hey, Look at: The Yawhg

In the past couple of years, there has been an influx of games you can play without a controller. Or more accurately, games where you make decisions and choices but are not the person inputting commands. Developers have gotten creative with this concept as well, creating mixed-media games like “Keep Talking and Nobody Explodes” where some players explicitly cannot use a controller and must use a tool outside of the game to win. But primarily, these type of games are ones that only present choices that players can make. Telltale games as well as Until Dawn are great examples. They're games that, while it says single-player on the tin, turns into an amazing experience with people around all helping to steer the choices made. There is an audience for this type of back-seat gaming play obviously, but for the most part, the only offerings are single-player narrative-driven experiences. Well, what if I told you that there was a party game created around this narrative-driven gaming experience? Enter “The Yawhg.” 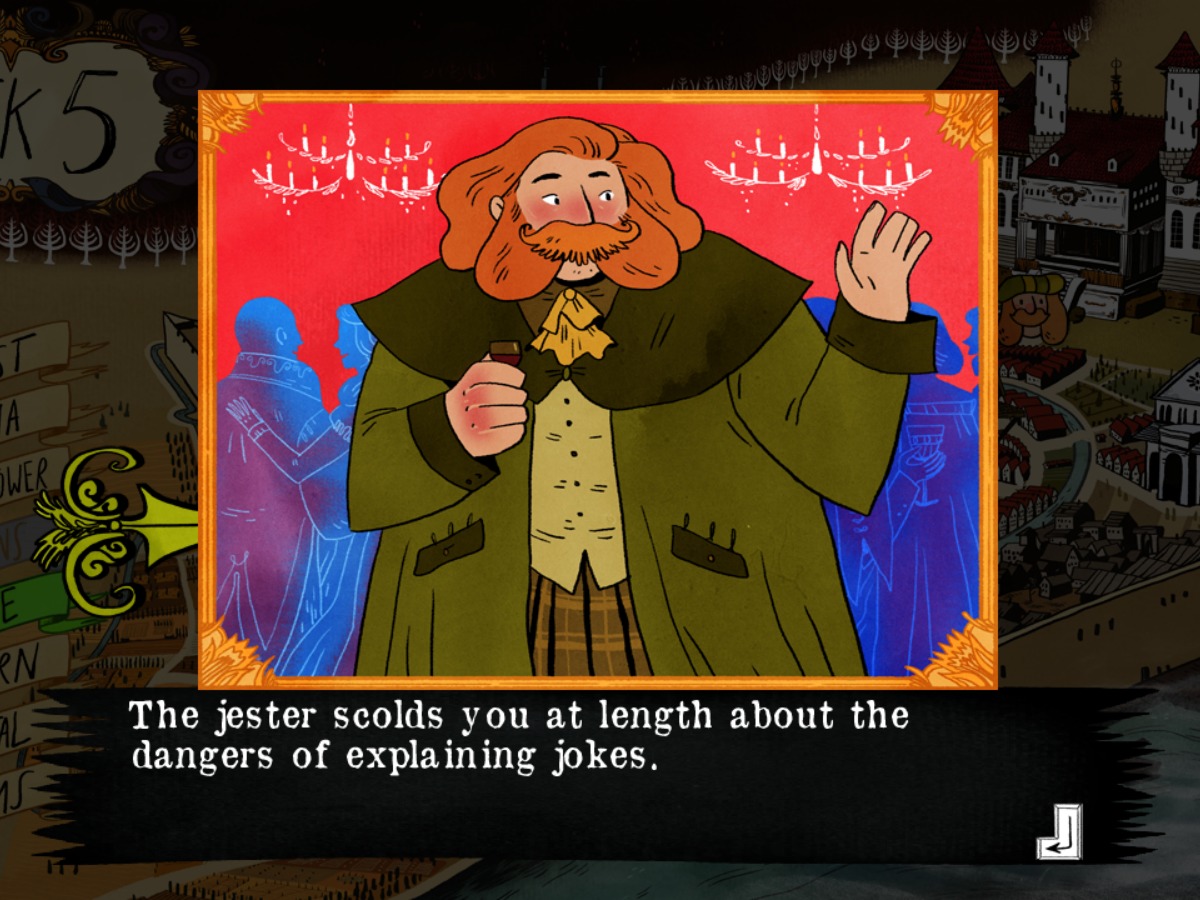 Developed by Damian Sommer and Emily Carroll in 2013, "The Yawhg" is a choose-your-own-adventure game that accommodates up to four players. Once you select your characters, you're told that the Yawhg will arrive in six weeks and to just live your lives in the meanwhile. No effort is taken to explain what the Yawhg is. You're then dropped into the town where you will spend the rest of your game and on your turn you are prompted to select from a list of places to spend your time. Essentially, this is the game. There's nothing more to it. This is surprisingly fine though because what is here is crafted so caringly. The droning acoustic guitar that plays through your entire playthrough never becomes overbearing to what's happening on screen. The illustrations in the game combine beautiful expressionism with a notebook-sketch aesthetic and boast high-contrast coloring to really make scenes pop. Since every scene you can pick is accompanied by a new illustration, it's a good thing they're so compelling to look at. The atmosphere of the game is on point. 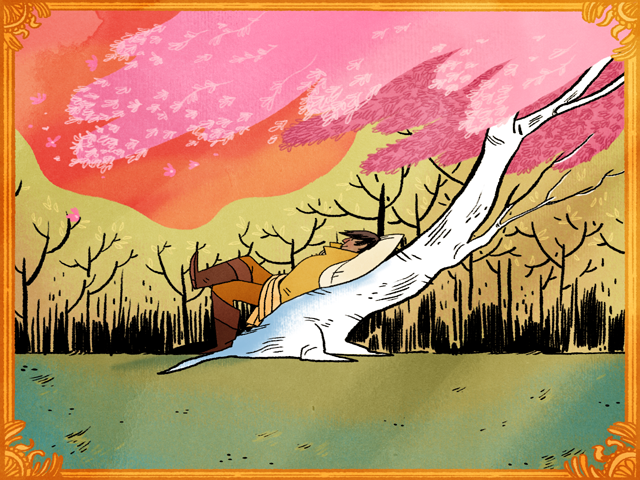 The actual mechanics of the game involve choosing places to go and actions to take within them. The scenes can sometimes boost your stats, allowing you to perform other actions or find your role in the endgame. The real meat of the game comes from its narrative choices. Choosing what to do on any specific day can be as banal as doing paperwork or mixing potions. You can go to a ball and teach a king how to dance or drink away every week in a bar. Or you can end helping birth a demonic baby who flies off only to find you later in the colosseum and challenge you in front of the entire arena. There's a good variety of places to go, events that happen, and incentives to come back to areas to see what's changed since your last visit. What you do in one scene can come back to help or haunt and it's fun to see what choices influence others. Even with all the choices available to you, there are some times on repeat playthroughs where you can run into the same scenarios and it can start to get a little tiring birthing the same winged Damian creature every game. This can be a way to incentivise playing in different styles for each playthrough, but it can also end up making the game feel limiting at certain times.

Once you've spent your game leveling up stats and making or losing friends, the Yawhg hits and your town is destroyed. Your endgame is to take the character that you've developed over the course of the game and find a role in rebuilding your home based on their skills. It's an interesting way to reward diligence spent in the main part of the game and there are options for every playstyle, even the ones who end up drinking for the entire six weeks. Based on how good your stats are, you either help the town prosper again or end up wasting your time before eventually dying off. The epilogues to your different characters can be uplifting and hopeful for the future, but sometimes they can be hilariously blunt, killing off your character with no fanfare in an unmarked grave. In the world of "The Yawhg," so it goes. 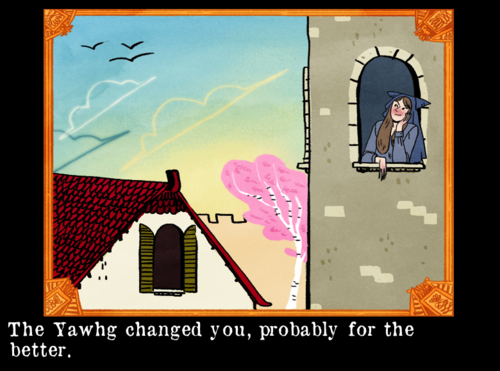 Overall, this is a great game to play with friends and family. Each round only takes about twenty minutes to complete and the amount of choices present in the game encourage repeat plays. This is one of those games that even people who don't typically play videogames can get into; there are no deep mechanics, no secret knowledges that can help get a leg up on the competition. It's Just a game that unfolds according to the choices you make. Grab some people, grab one controller, grab some snack and drink, and enjoy a relaxing yet stimulating experience.