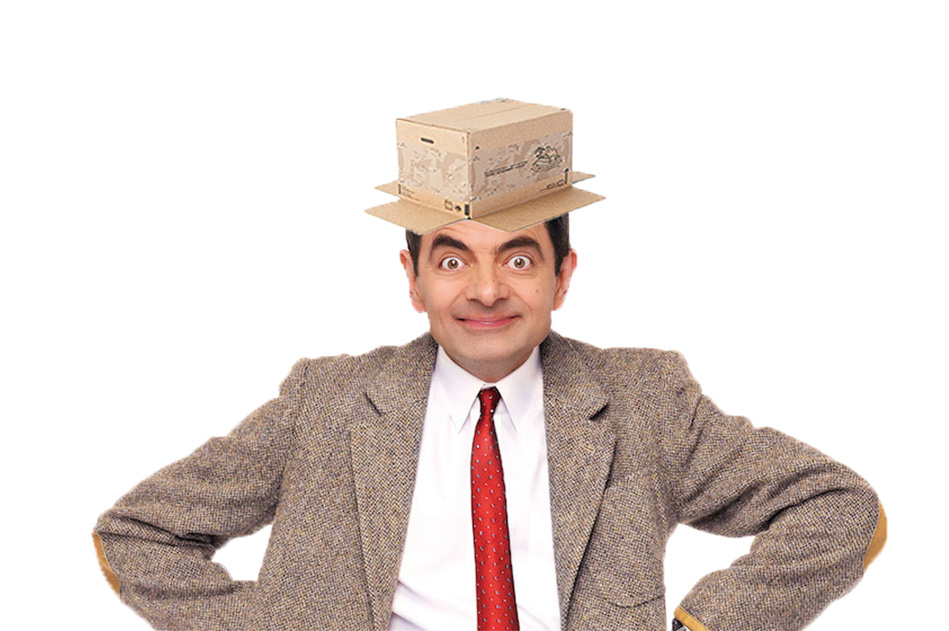 Stealth games are great. There's nothing quite like the feeling of looking over a trap-fill, guard-patrolled situation and finding a way to conquer those tremendous odds. Stealth games are also difficult for some people to acclimate to. In that group of sad sacks, unable to avoid tripping laser wires or hide bodies effectively, there is me. I am good at many other types of video games, but I've never been able to get properly in sync with a game whose main way of interacting with its world and characters is avoiding them entirely. That hasn't stopped me from trying over and over to get it right. There's a special feeling that you can get from orchestrating a perfect caper or setting up dominos and watching as they all fall exactly where you need them and it can't be replicated in other genres of games.

When I mentioned before how stealth scenarios are orchestrated, I meant that a bit more literally than it might seem. Obviously, I'm not alone in thinking that either since one of the great stealth games of our times, Hitman: Blood Money, opens with a beautiful rendition of "Ave Maria." Classical music shares quite a few similarities with stealth games on closer inspection. Just as a composer needs to carefully place each note in its designated place, employing the right instrument and the appropriate amount of volume, a seasoned stealth player must set up and execute his missions in a sensible way, using the right tools and not allowing for any unexpected variables. Everything has been planned and follows through on its intentions. Classical music in Hitman also lends it a touch of cerebral credence that can separate it from more "mindless" and "uncoordinated" genres. I just must not have been played enough Baby Einstein as a tot to fully get into the mindset. 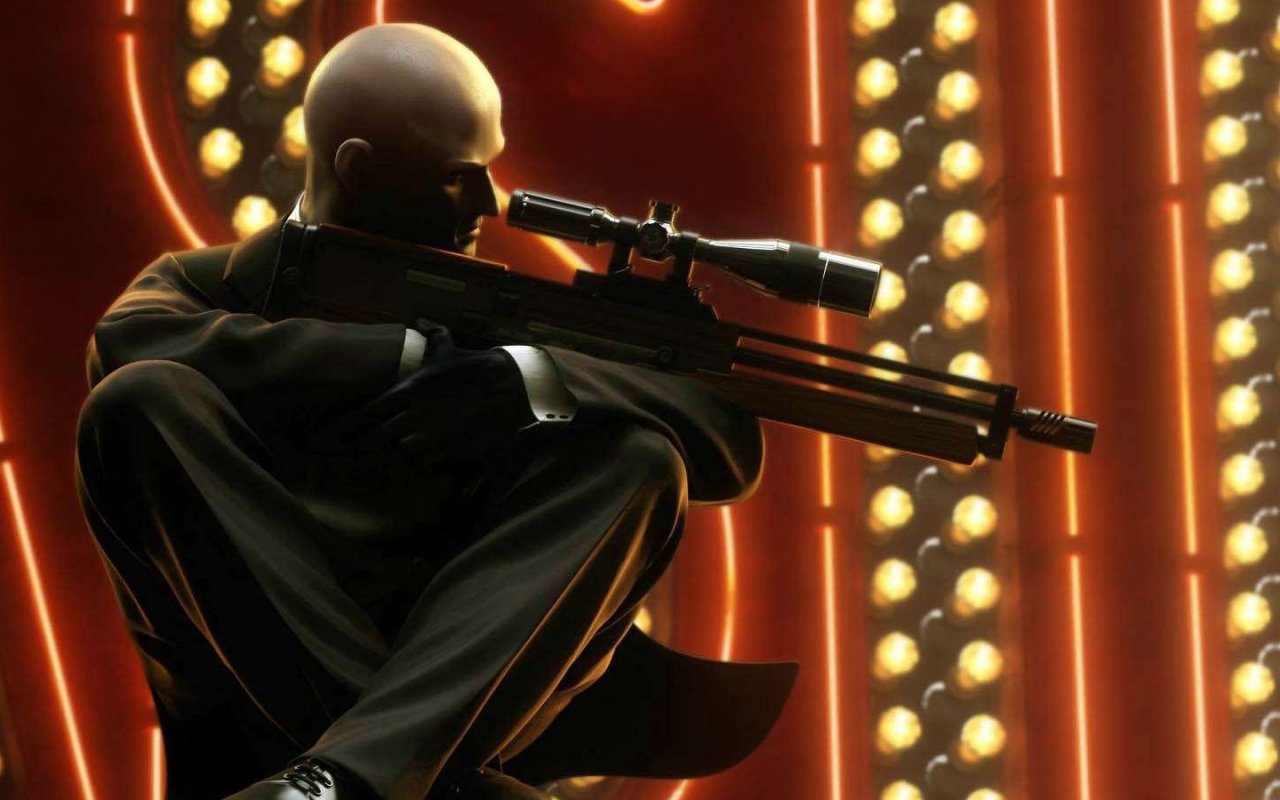 My history with the genre extends from Metal Gear to Splinter Cell to Dishonored Sly Cooper and yes I'm going to count that, it's got sneaking and guards and alarms, fuck it. I have gone through these games and appreciated their carefully constructed environments probably just as much as the game itself has despised my every second spent within it. I am not good at these games. I ended up massacring everyone in Metal Gear Solid 3 trying to get that Raiden guy's clothes. I had to hide in this one corner so many times after triggering the alarm during the Bathhouse mission in Chaos Theory. Dishonoured isn't even a stealth game when I play it, in fact take it out of the list I said above. But there's this thing about the genre that always has me coming back to give it another go whenever I can. It's the way you interact with the environment compared to other games.

The world in a stealth game is set up to stop you, to find you, and to ultimately kill you. To move through that world and come out unscathed and undetected is a tremendous feeling, like you just beat the game at its own game. A 2014 study on stealth games and how they influence our choices reinforces this point, stating "The amount of danger or risk inherent in a stealthy path has a close relation to the potential for discovery by the enemy. Relative proximity of enemies is thus important, as is the direction in which enemies face—if an enemy directly looks at a player the risk of failure is also increased." This is important in making levels interesting and providing a challenge, but it also taps into a more primal instinct in a player: the terrifying and sometimes giddy-inducing feeling of being so close to failure. Being in a situation like this can feel like your plan is hanging on by a strand, like it could all crumble at any moment and you could be exposed. But if you somehow get away with your plan, avoid detection, and move forward in the level, the feeling is a sinister high, like you just got away with pulling one over on the game. That feeling is the one that keeps players coming back to these types of games. No matter their skill level, this feeling is enticing enough to grab all different sorts of players. It also might explain that sick feeling you can sometimes get when you manage to get through an encounter but in a sloppy way. When you go through the trouble of formulating a plan, feeling confident that nothing can go wrong, attempt it, and then tip over a potted plant or some shit. Suddenly the plan is up in smoke and even if you manage to get through it by killing all your enemies and shooting out cameras (after you accidentally get spotted by them of course), you don't feel like you "really" beat the level. It feels like you just stumbled through, feeling more like Amusei than the Grey Fox. It's those feelings of bittersweet success that can have you reaching for the "load last save" function and I can't really blame you. It wasn't supposed to go like this, after all. 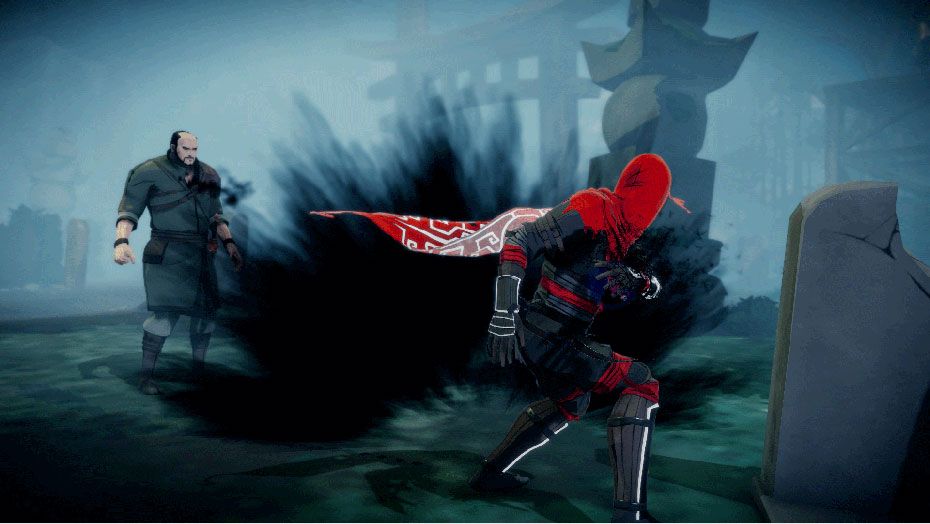 The developer of Aragami, a 2016 indie stealth game, states how "[when he designs] a level I usually create first a direct path from point A to B, with an interesting element in the way like a bridge, a bunker or a cave. That main path will probably be the hardest path. I then start adding little detours, hidden paths, secrets and alternatives that might appeal more to different kind of players." This kind of level design is typical of most stealth games and it highlights another defining aspect of play in these games: choice and creativity. Utilizing its more open-ended approach to gameplay, possibilities can open up for a player and with those possibilities come more unorthodox solutions to puzzles. Why risk having to brute-force your way through the hedge maze when you can instead shimmy across the adjacent building's windows? What are the trade-offs from using lethal force to take a guard out from a distance rather than getting right up close and choking him out? Opening up an environment and letting a player decide for themselves how they want to play is one of the strongest aspects of stealth games. This design philosophy combines the nebulous amount of creative choices presented in an open-world GTA-style game with the structured and carefully designed architecture of a level-based platformer like Mario or Crash. It makes for an incredibly enticing mix and is one of the core defining traits of a stealth title. 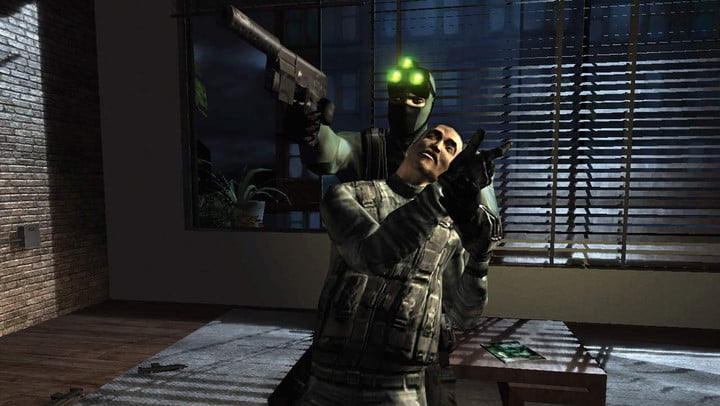 Stealth games in general offer a unique way to interact with a world on the environment made for you. In other games, there are enemies and levels that are more easily compartmentalized and solutions to them are (usually) pretty clear. A tall series of blocks is in the way of your forward momentum in Mario? Jump on top of them. A level clusters mobs of enemies in Call of Duty? Go through the level slower and take out enemies one at at a time. A boss stops you in Persona? Get rid of fucking Morgana. Obstacles and solutions are easily signalled in many games. Stealth games are a bit unique in that the levels and enemies can be one in the same. A level in these types of games usually have tons of environmental hazards meant to give away your position and specially-crafted routes meant to constrict your movement options. There's a special kind of frustration and panic that can set in when a level absolutely refuses to give you an area to hide in until a siren you triggered by kicking a can near a guard goes away.

Environmental hazards are nothing new in games, but in stealth games they go about them a bit differently. You can have a bottomless pit in a Mario game, but you only have two ways of really interacting with it. If you fall in, your progress is reset and you have to try again. If you jump over it, you have completed the obstacle and it is not a gameplay factor anymore. In a stealth game, environmental hazards offer more complex ways of interacting. Once you trigger that siren, the level isn't over. Your progress isn't reset. The enemies coming to investigate and the loud blaring of the alarm sends you into a panicked state. You have to scramble and deal with the mess you just made. The game is now harder as a direct result of you not paying as close attention as you should have. There's a certain kind of beauty in having such a rapport with the environment. It's not a static thing to be conquered. It's more alive, it reacts to your choices and if you pick the wrong ones, it can be angry. It swings at you with guard dogs and it screams at you with blaring sirens. 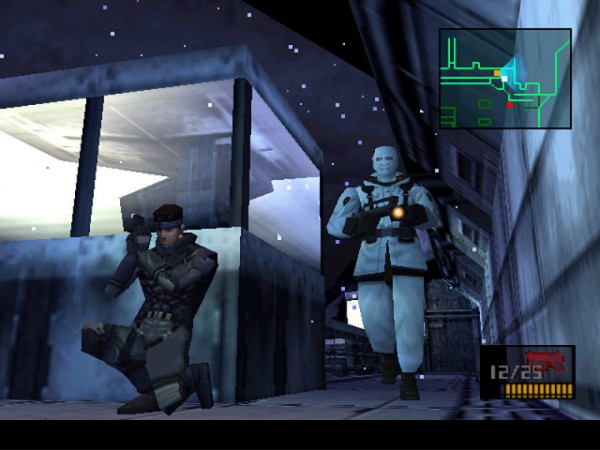 Stealth games have yelled at me very often. I still love them. Videogames and the experiences we have with them are all about perspective. When a footsoldier on patrol has a set pattern to his movement and just keeps tracing his steps over and over, a veteran of the stealth genre may roll his eyes, but a more novice player might get some kind of satisfaction out of perfectly timing his sneaking to get by without anyone the wiser. Stealth games are amazing experiences and I'm glad that there's such a spectrum of games to test all skill levels. Although the methods may be different from person to person, whether it's carefully taking out and hiding guards or running through a level, dropping C4, and detonating it when the guards come running, the feeling of satisfaction in a plan coming together is universal. And that's why the stealth genre, even for stupid flat-footed babies like me, is so important.