We’re the ones who made it this far 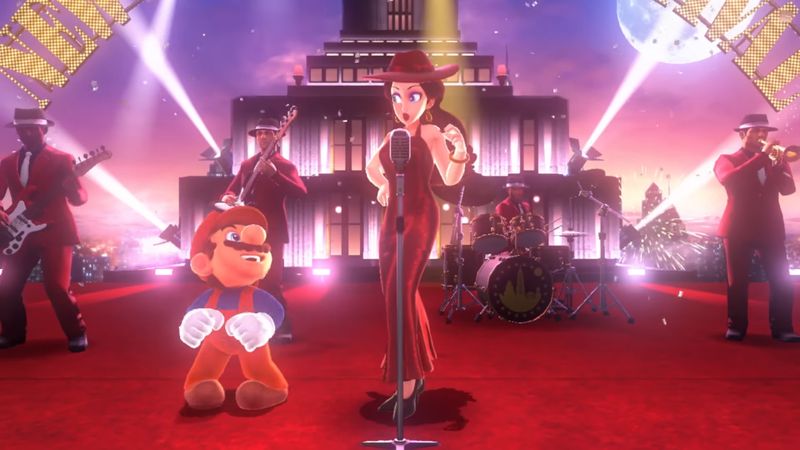 Mario has succeeded in making his fantastic journeys a part of our everyday lives, in more ways than one. His massive critical acclaim is no longer a surprise or a massive shift in the industry, but a cultural norm. I don’t want to be so lazy as to say Mario’s good because he’s Mario and he always will be without question, but it’s a simple fact that Mario is to video games as Mickey Mouse is to animation. Mario was great, Mario is still great, and most of us expect Mario to remain great for the rest of Miyamoto’s life.

And yet Mario still finds ways to one-up his biggest games. His most recent adventure, Super Mario Odyssey, is still one of his most loved games nearly a year after the hype train made its stop. Destructoid’s community still loves it as much as, if not possibly more than it did at launch. So… what can I add to such a recent story where my opinion aligns so closely with the public consensus?

I’ve plainly admit on many occasions that I consider Odyssey one of the best Mario games ever, and my new personal favorite. I can’t disagree with the official Destructoid review, not without being arbitrarily contrarian. If you really want me to nitpick, I feel like the motion controls are a tiny bit intrusive and arbitrary (and I say this as someone who loved Skyward Sword’s controls), but my overall impressions are the same. It’s the most explorative, expansive, visually impressive, and fun Mario game I’ve ever played. That’s a conclusion most people here have come to already, if not a conclusion very similar to it.

So instead of evaluating this game on its own, I want to try to dive deeper into what this game means to me. I raved so much about Super Mario Sunshine being my favorite Mario game last year, despite many preferring Super Mario Galaxy by far. Yet once Odyssey came out I almost instantly booted Sunshine off that pedestal to let Odyssey take it instead. I’m going to cap off this retrospective by looking at how Odyssey became my new favorite, contrasting it against Sunshine.

One of the most important draws for any collectathon is how the collectibles encourage exploration. Odyssey was lauded for its wide-open level design stuffed to the brim with little secrets on every corner. Not only is there an abundance of Power Moons to discover via dozens of environmental interactions, but coins are more useful than ever, giving value to even the tiniest discovery. It’s an excellent bonus that practically every “impossible-to-reach” corner of the level design has coins to collect, rewarding players who do the impossible, see the invisible, row row, and fight the powah. And there are a lot of little rewards from new shop outfits to thresholds of endgame content, so every last Power Moon is another step towards something good even if you stop way before getting all of them. Though, I got all of them anyway because it was just that much fun to get them!

Sunshine has similarly open levels with a similar abundance of collectibles, but I didn’t feel as excited to collect them. Coins were still used for nothing but restoring health and lives (and extra lives were lost if the console reset), giving them little value except for specific missions and emergencies. Blue coins were far more useful, being traded for Shine Sprites, but their major flaw lied in the fact they didn’t really matter for anything of any slight value unless you collected all of them.

There is no way to track which blue coins you’ve already found, and some of them are ridiculously obscure or obtuse to find. Making matters worse is that some blue coins are only available during certain episodic missions, and there’s little consistent logic as to which ones. Even with a detailed guide, it’s a headache and a chore to check which ones you have and which you don’t. Odyssey has some even more obtuse Power Moons, but also adds a map/list of discovered Moons and a non-intrusive hint system. It’s never frustrating to hunt down 100% completion in Odyssey, whereas Sunshine demands ridiculous patience. Little wonder I only completed Odyssey.

Odyssey feels like the most explorative Mario game of all time by far even though it’s levels are comparable to Sunshine’s. That’s because Odyssey made exploring those levels more intrinsically and extrinsically rewarding. Nonetheless, Sunshine’s gorgeously crafted environments were fun to explore on their own merits even without a compelling completion incentive, much like Odyssey. 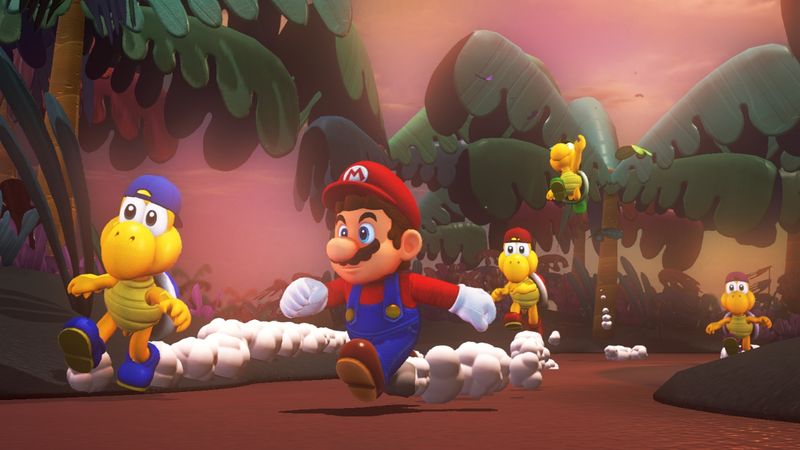 Sunshine still looks great to this day but Odyssey obviously has even better graphics and more striking art styles, so I’ll dwell on the moving around part instead. F.L.U.D.D. expanded Mario’s moveset into one of the most flexible traversal methods in collectathon history. Mario can use it to hover, slide faster, rip off Sonic’s boost button before Sonic even had a boost button, or leap over skyscrapers in a single bound. It’s ridiculous how much more mobility Mario has compared to Super Mario 64. It was a blast just to get around from point to point with all of these abilities.

While Odyssey obviously lacks our favorite E. Gadd invention, Cappy expands Mario’s moveset in a very different way. The ability to capture enemies (No I won’t call it “possess”. Capture is the exact same meaning but with a good pun) gives wonderful new powers and abilities on a context-sensitive basis. But what truly impressed me was how Cappy added to Mario’s default abilities. He gained over a half-dozen smaller moves available at all times, so many that Odyssey has an in-game instruction manual just to see all of them.

At first, these new moves looked like great situational tools but otherwise little special. Then I saw glimpses of speedruns. Seeing expert players chain these abilities together showed me why they were added -- to raise the skill ceiling of basic movement by implementing maneuver combos and more nuances to keeping momentum. These moves flow smoothly into each other, giving more control and options over Mario’s mobility than ever. Making the most out of them is far more complex than just using F.L.U.D.D. to solve all of Mario’s problems, but that’s why it’s even more interesting to experiment with Odyssey’s toolset.

It’s more exciting to reach the top of a cliff you can’t reach normally by bouncing off of Cappy after a wall jump and diving back towards it than just holding the hover button. It’s more tense to moderate roll boosts over hilly terrain than just to hold the turbo button. And so on. There is much more to do with movement in Odyssey. Thanks to these controls, it’s a blast to just go from point A to point B because I can constantly think about how to get there faster or in a more ridiculous way. 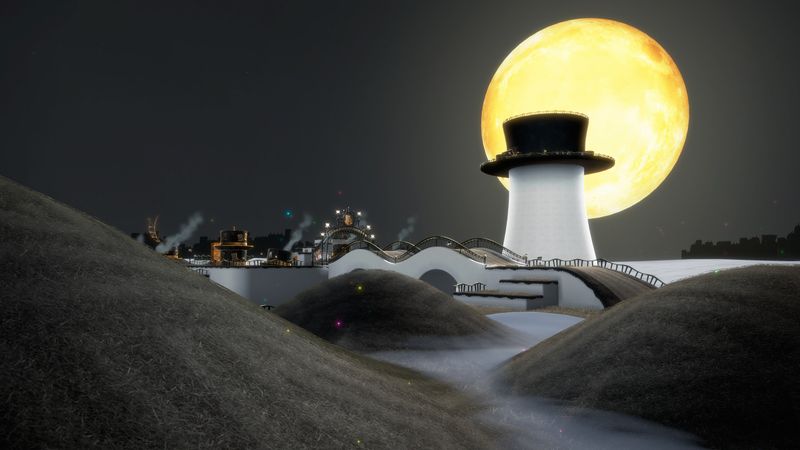 There’s so much more to love about Odyssey, but these are the sticking points that fascinated me most during my own playthrough. These are what matter most to me whenever I play a platformer. These are why I placed Sunshine so far above Galaxy despite the contrary popular opinion. And these are where Odyssey stands above every other Mario game.

Odyssey embodies what I’ve loved about Mario since the NES. The study of my own techniques so I can improve and iterate upon them. The excitement of jumping across foreign landscapes. The satisfaction of making new progress and seeing numbers rise through effort and improvement. But really, it was another serving of what I love about gaming as a whole; fun. Pure fun distilled into beautiful worlds, lovable characters, and thrilling gameplay.

Mario has changed in many ways over the years, but the essence of what makes him so beloved hasn’t. Nintendo’s just found new ways to draw upon it. Sometimes not-so-successfully, but more often than not he stays true to his virtues, especially in his most prolific platformers. That’s one reason why he remains a powerful multimedia icon today. 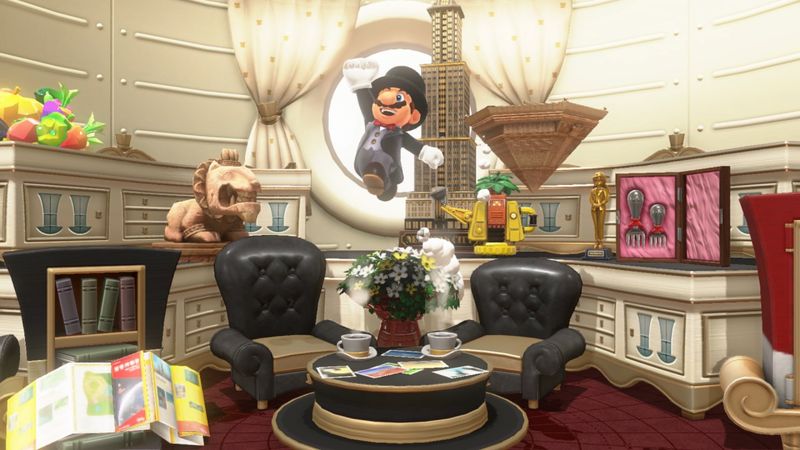 Like Mickey Mouse, he’s just too popular of a character to vanish with his creator. A lot of people are concerned whether that means he’ll become a shadow of his former self in that inevitable scenario, and I empathize with that concern. I’ve not kept up with modern Mickey cartoons myself, but from my understanding they’ve become more of a mixed bag. Yet that mixed bag still produces some gems I’ll watch every now and then. I assume that those gems come from animators that want to carry on Walt Disney’s legacy more than make an easy buck off of his fame. I assume that, anyway. Or maybe I should be worried about the opposite scenario in that these animators are horribly underpaid in favor of their bosses but that's a completely unrelated discussion oops I derailed again.

At the end of the day, money is what any massive company seeks, but it takes more than just money to remain an icon of an entertainment industry. It’s not accounting. It takes some degree of passion, artistic expression, and similar virtues from creators in order to be that kind of role model. If an entertainer abandons that altogether, they become a stain upon their industry, much like, say… Electronic Arts.

That’s why I feel as if I can safely say Mario’s consistently high quality comes out of a desire for Nintendo’s figureheads to explore the depths of childlike imagination and wonder. Not to say that I approve of all of Nintendo’s business practices, I have a bone to pick against some of them myself. But I also trust that those faulty practices are more often born out of human error than corporate greed. Satoru Iwata (God bless his soul) cut his own paycheck whenever Nintendo’s consoles underperformed. That should be a standard rather than an exception, but it just as powerfully demonstrates that money isn’t the only thing that drives Nintendo’s leaders, and thus their philosophies on what games mean to them.

To me, Odyssey represents not only a new high point of the series, but a monument to Mario’s and Nintendo's ideals throughout their history. And I gotta be honest, given all the thrills Odyssey has given me, I’m excited to see how Nintendo plans to one-up their boy.

Thank you so much for your games. Perhaps I’ll write another retrospective someday, on whatever shenanigans you get up to in the future.