I'll write something, just give me a Minit

Ask and you will receive. I won Minit from a giveaway here on Destructoid and so I thought I would write something about it. Courtesy warning: possible spoilers below. 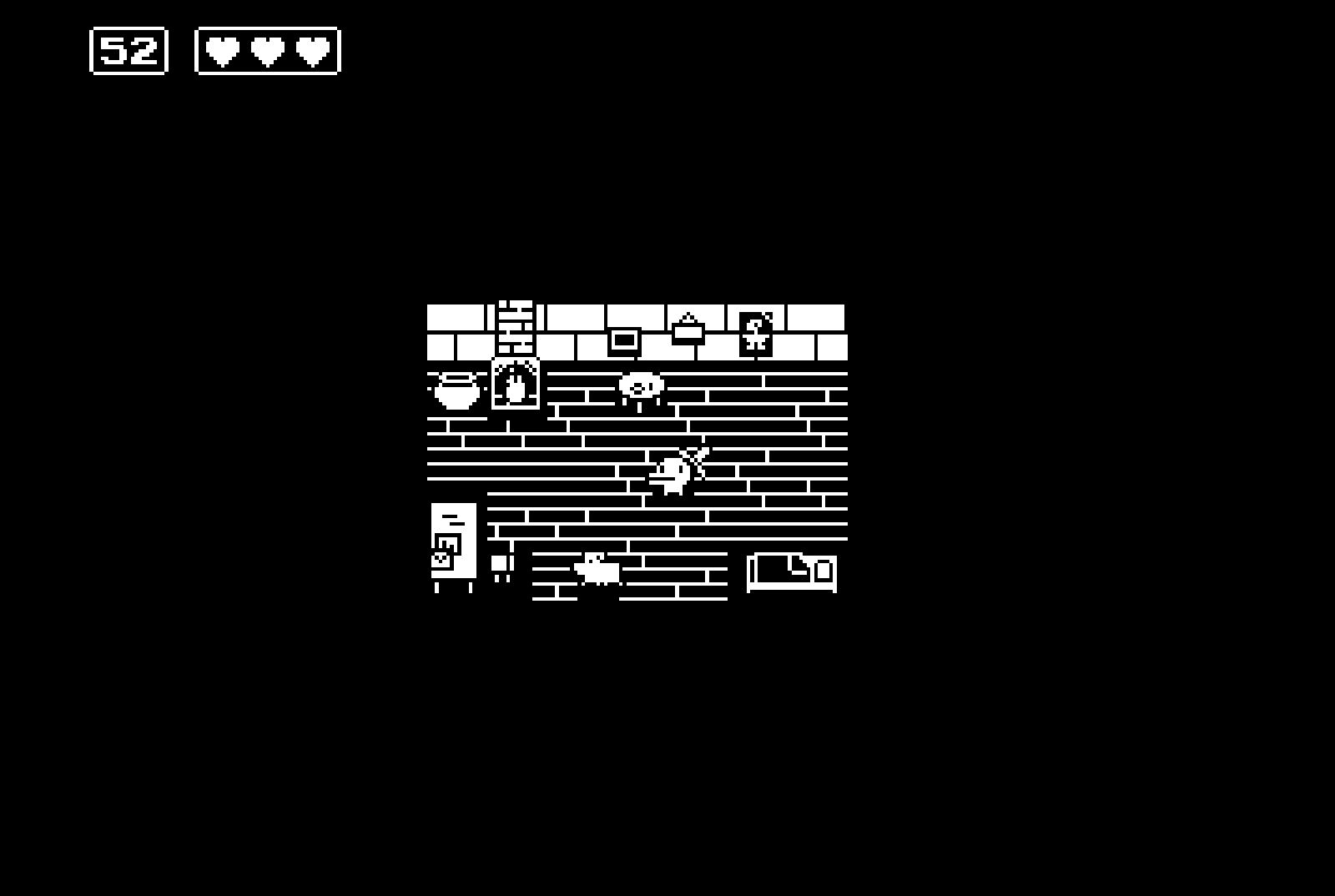 We all have to deal with death. We lose our pets, our friends, our family, and one day we'll lose ourselves. It is a somber reality that is etched beneath the coding of Minit and shines through the screen with the game's noir-like color palette. But Minit isn't about loss, it's about hope...oh, and adventure!

After finding a sword on the beach the main character, whom I call Ducky McDuckface, is cursed to die every sixty seconds. How do you play an entire game in a minute? Through checkpoints and shortcuts of course! Such as this lovely mobile home that acts as a respawn point. 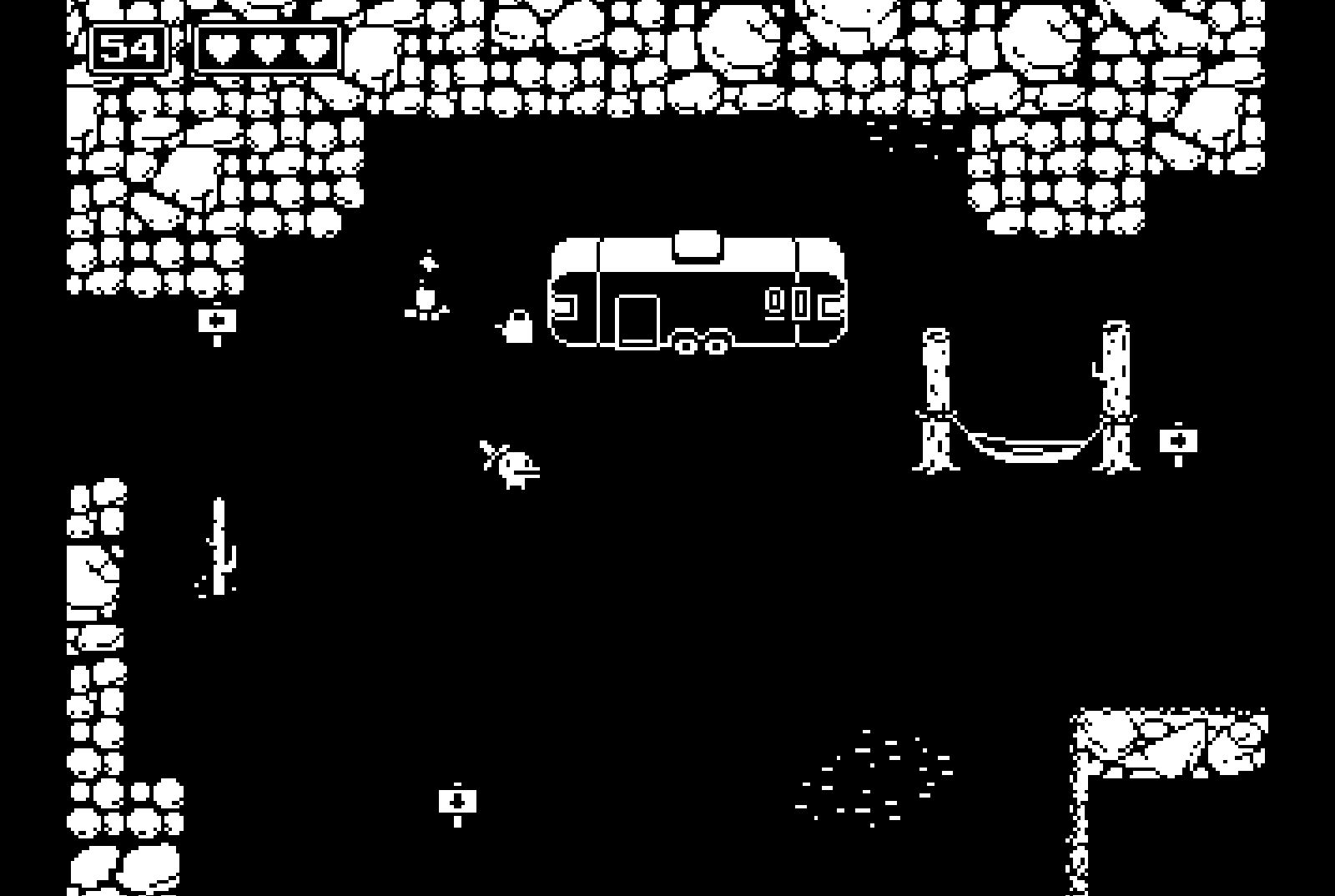 A minute can go by fast, but it doesn't feel unfair in this 2D adventure game. There's no super hard learning curve when it comes to playing. You have an attack button and a suicide button, and you respawn quickly. You will only scratch your noggin over puzzles and exploration.

Minit is very self-aware of the timer in the top-left corner, even being tongue-in-cheek in a few areas; such as waiting for an old man to finish his slow story before McDuckface dies. Because of how fast things move, there isn't a lot of cinematic fluff. The story is told through instant chat bubbles and the environment. 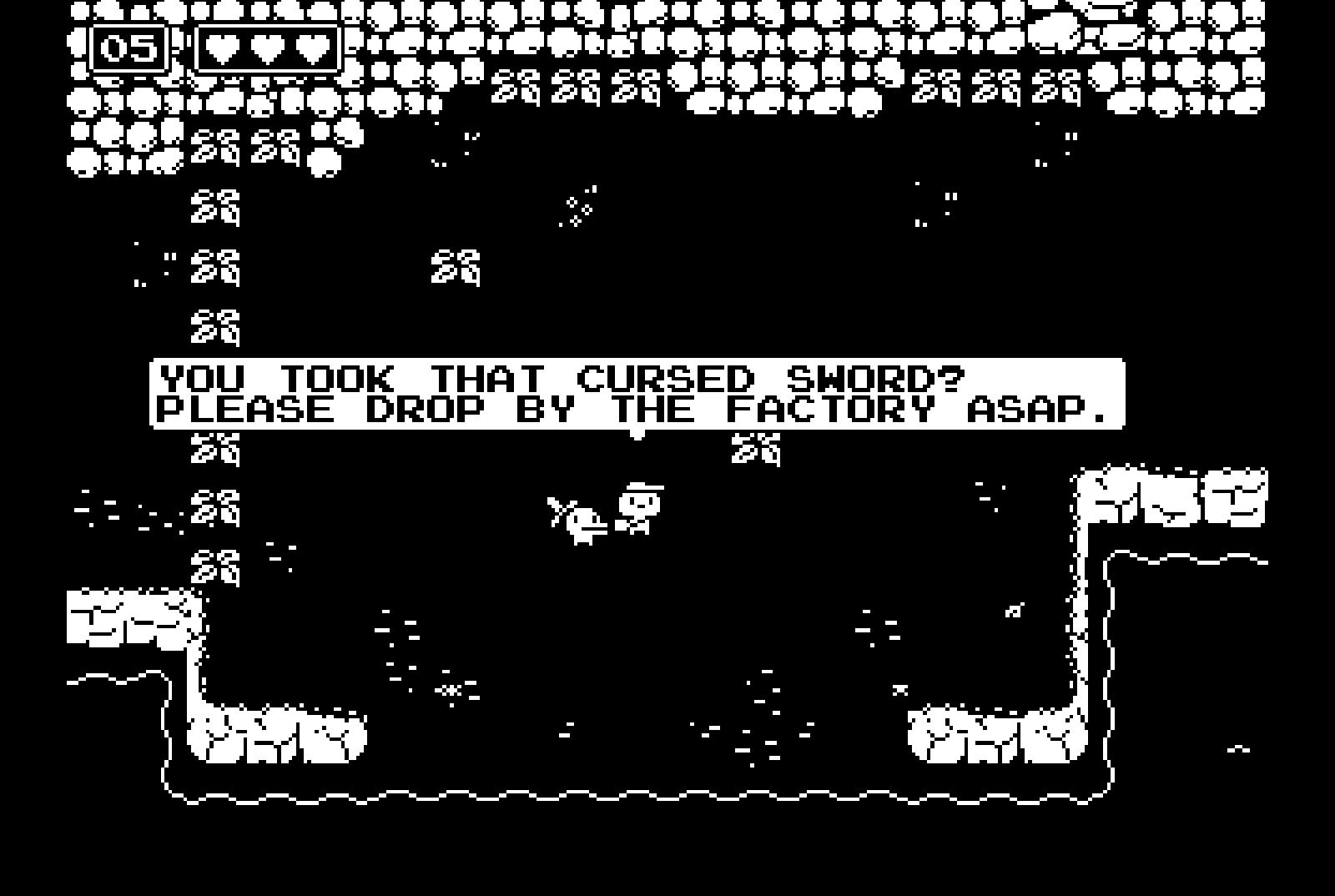 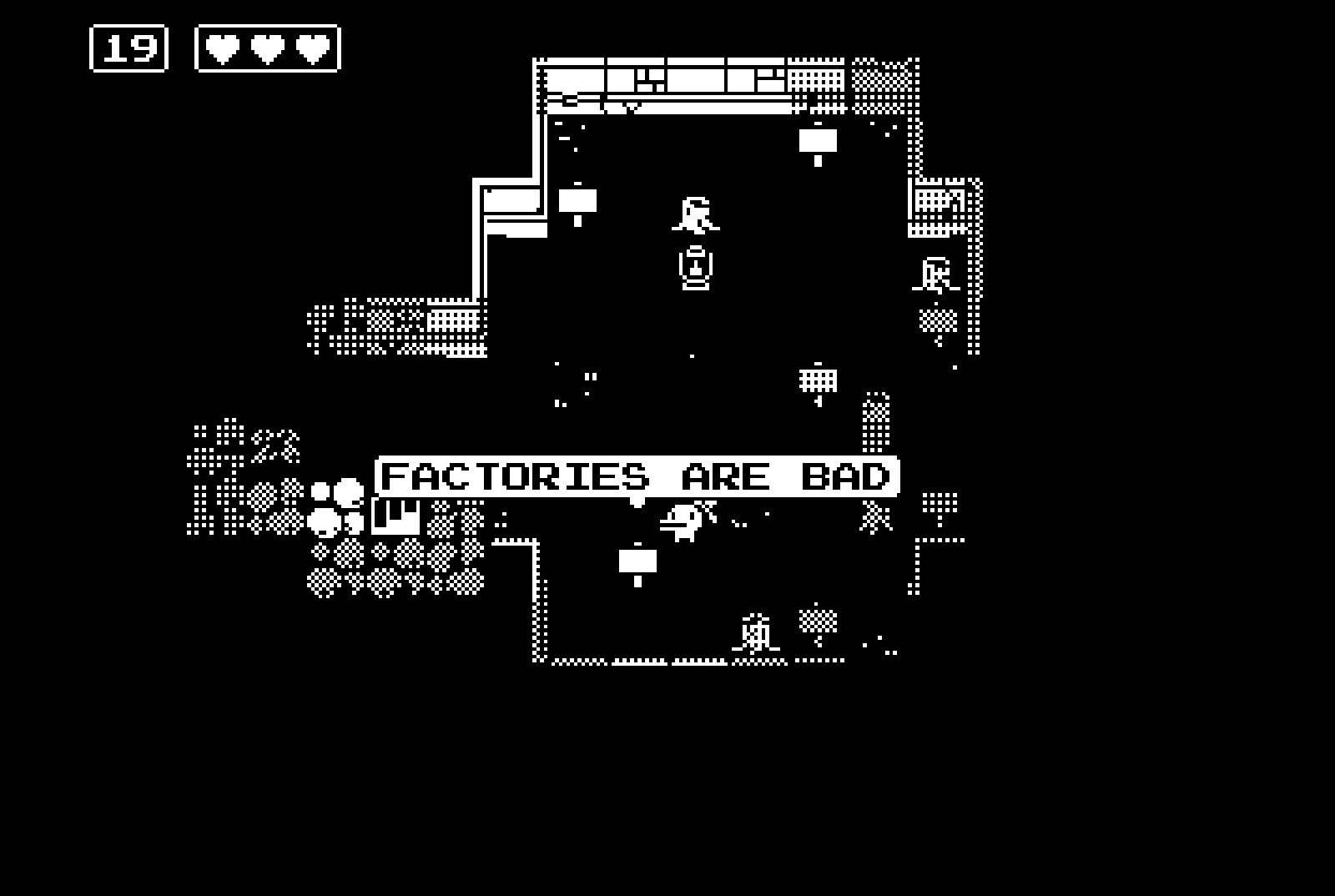 Many people compare Minit to Undertale, and the games do share qualities with eachother. They both hit that indie game sweet spot where atmosphere is mixed with quirky characters. Both of them also deal with this idea that life is a cycle, but unlike Undertale, Minit is black and white on the subject. 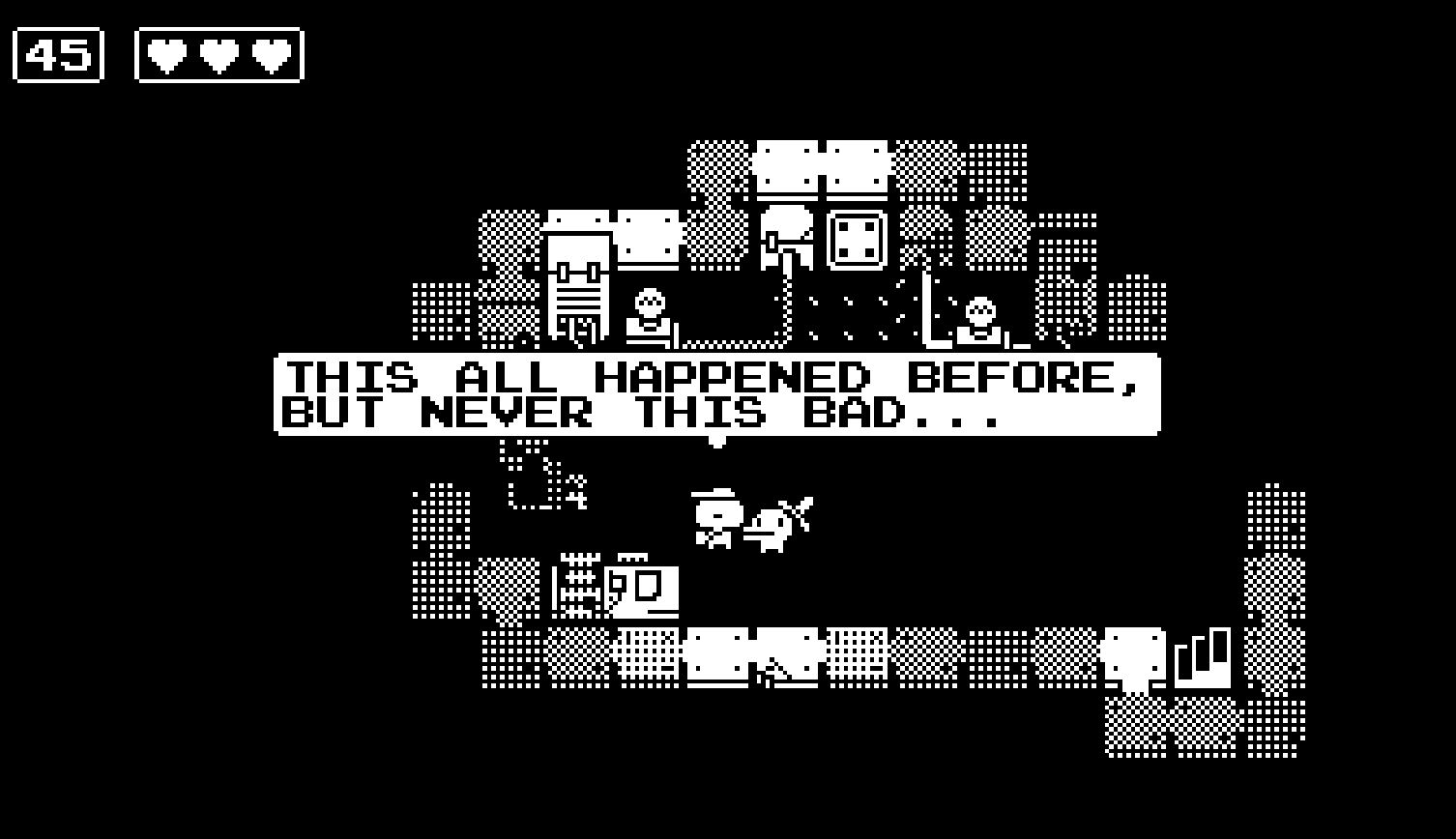 Most of the characters in Minit don't change, and a few speak about the harsh realities of living. They have relatable problems, like those that occur at work. 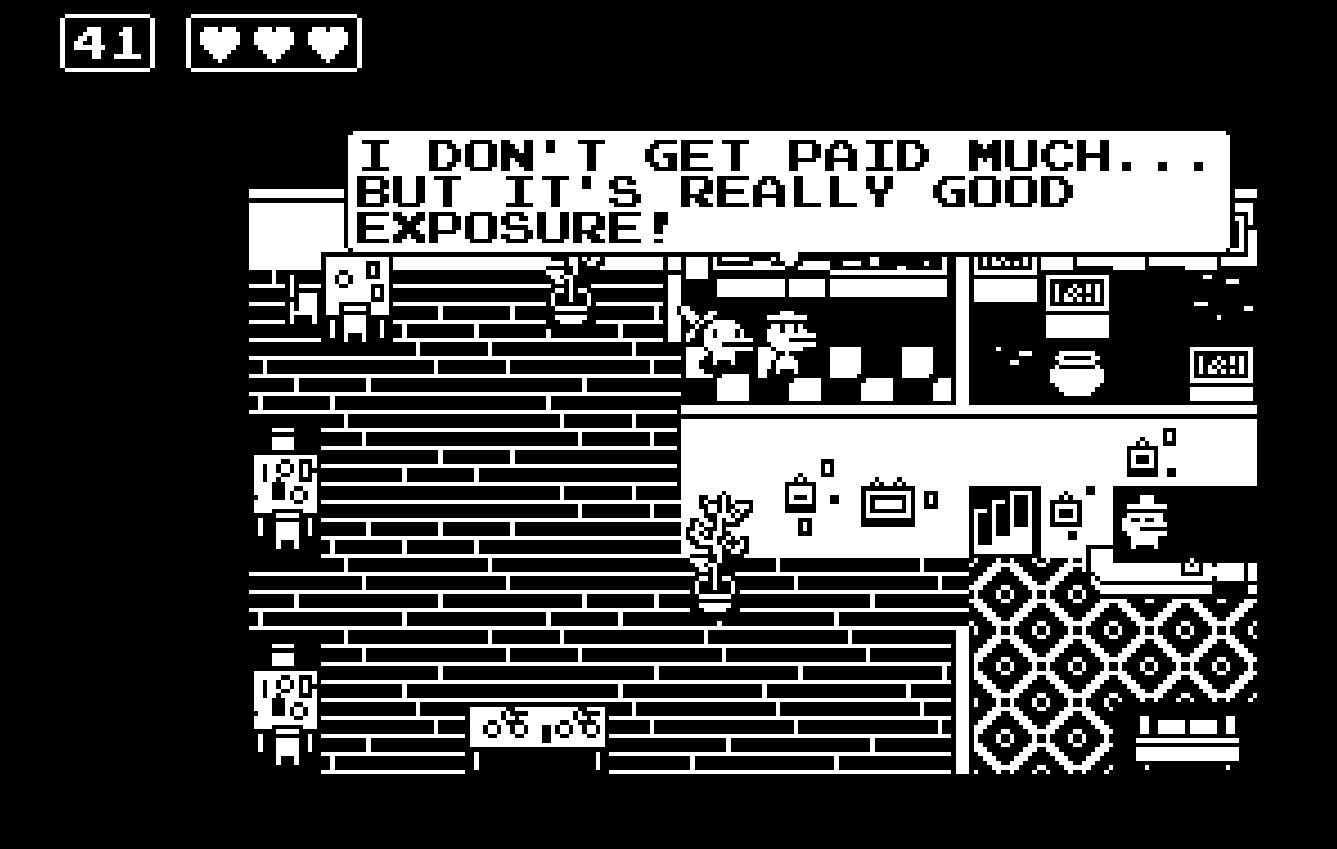 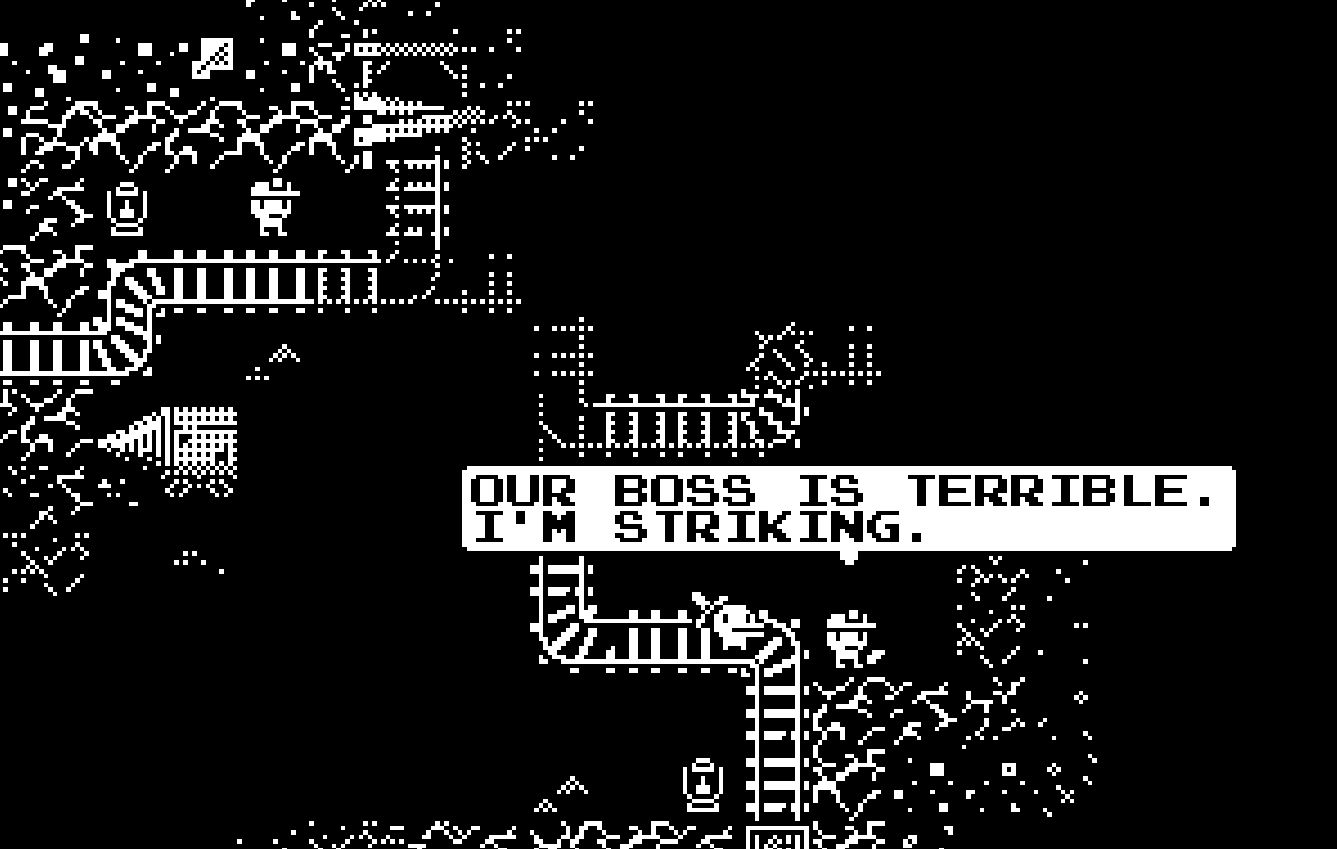 Minit is a game that is short and sweet. It teaches us that death is inevitable but necessary. Death makes us care, it makes us efficient, and most importantly it makes us change. We have to explore as much as we can, as soon as we can. As Gandalf said, "All we have to decide is what to do with the time that is given to us." 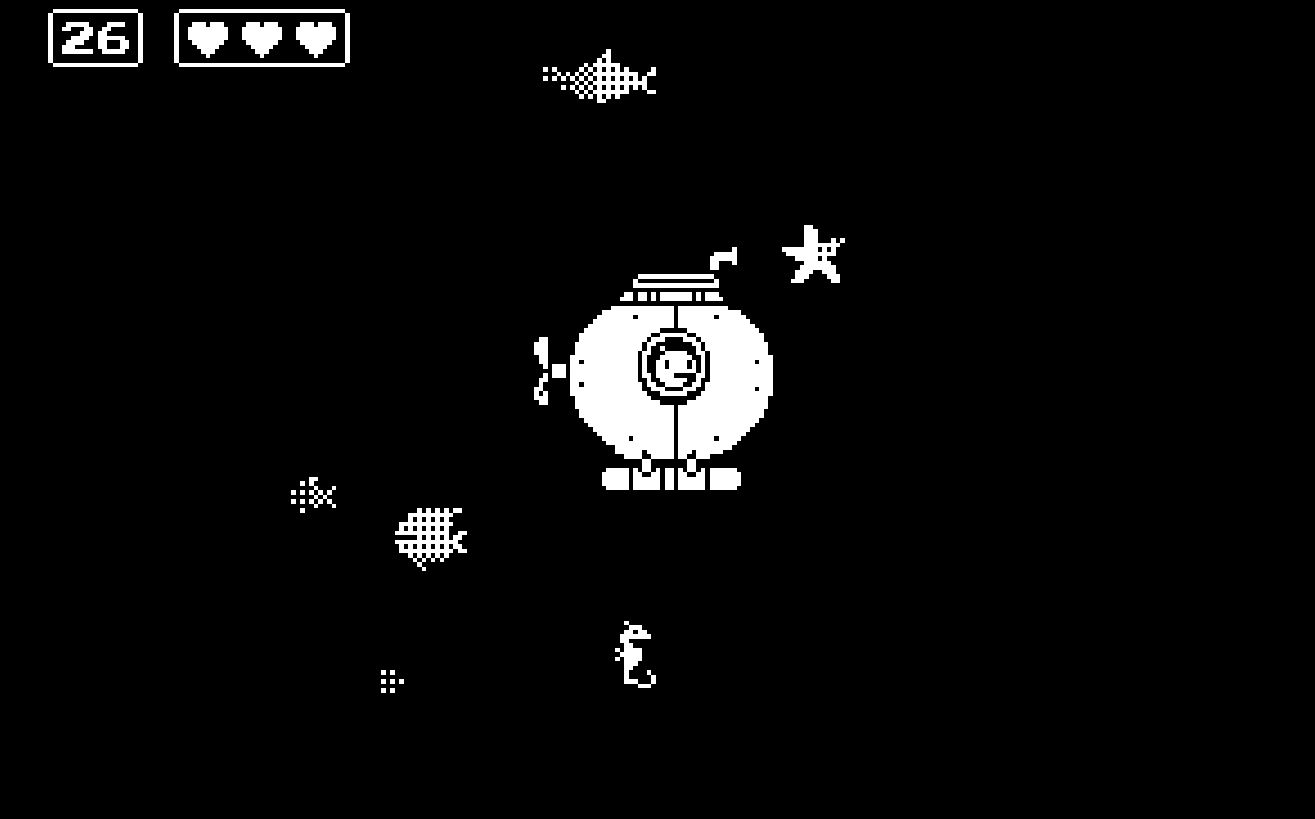 I have yet to get all the collectibles and achievements, there are sidequest to be completed, places to explore, etc. There is even a second ending. I wouldn't say its better or worse than the first ending, but just as good.

As sundown marks the end of another day just one question remains. But until it's time to say goodbye all we can do is wait for the answer. 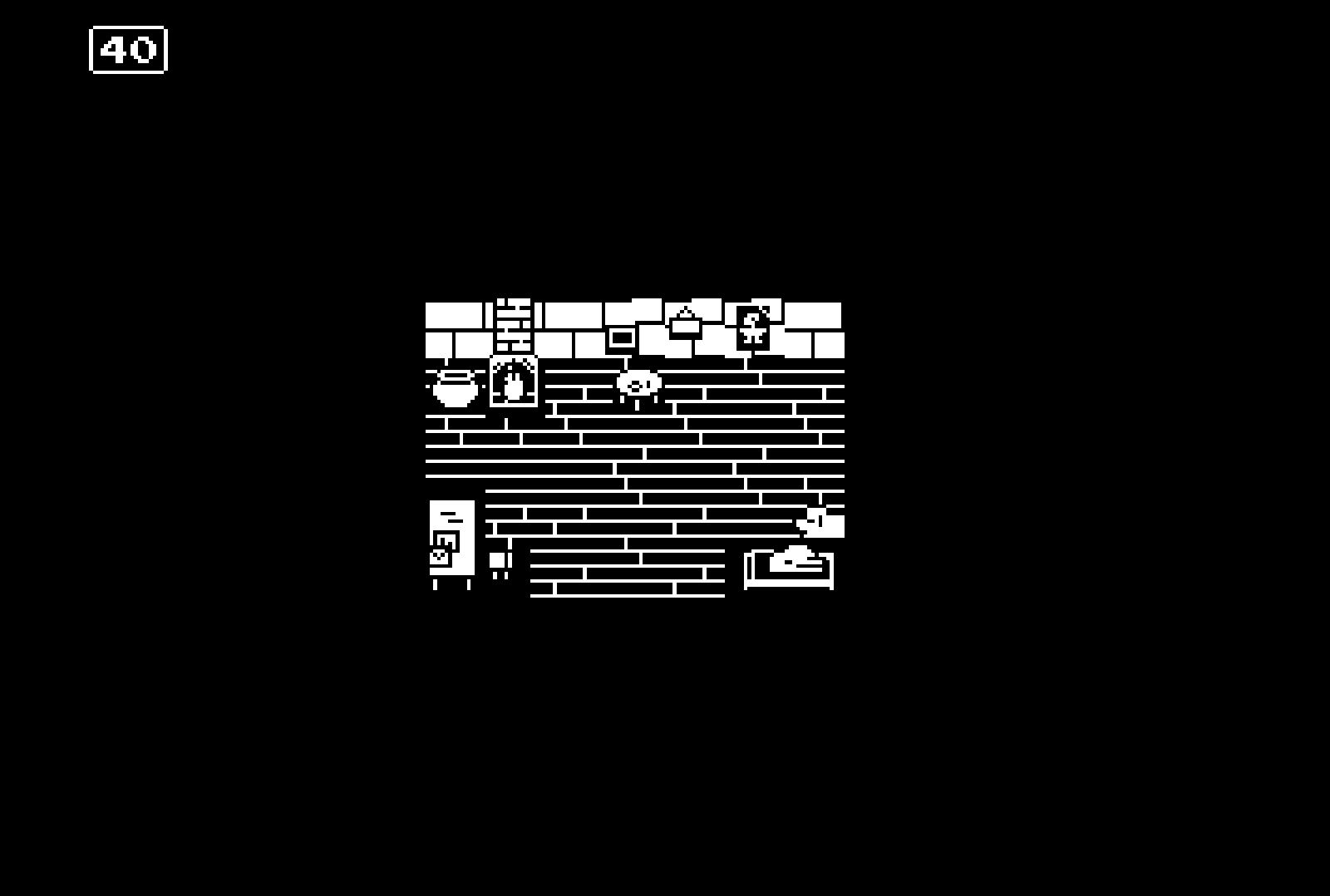 It all started with Jebediah Swine, a real salt of the earth man who farmed truffles. He was eventually cut down by an angry mob for having coitus with a pig.

From their unholy union came Beelzebub Swine, known for terrorizing the land until his untimely death at the hands of a jealous barmaid. He was later turned into bacon.

Part of his soul was digested and reincarnated as Ichabod Swine, the great detective and specialist of the occult. He said that all that has happened was part of some prophecy to bring back ancient, evil Gods. No one really cared to listen.

I am an Eldritch Horror from the interweb long forgotten. Beware as you enter the Palace of Swine!