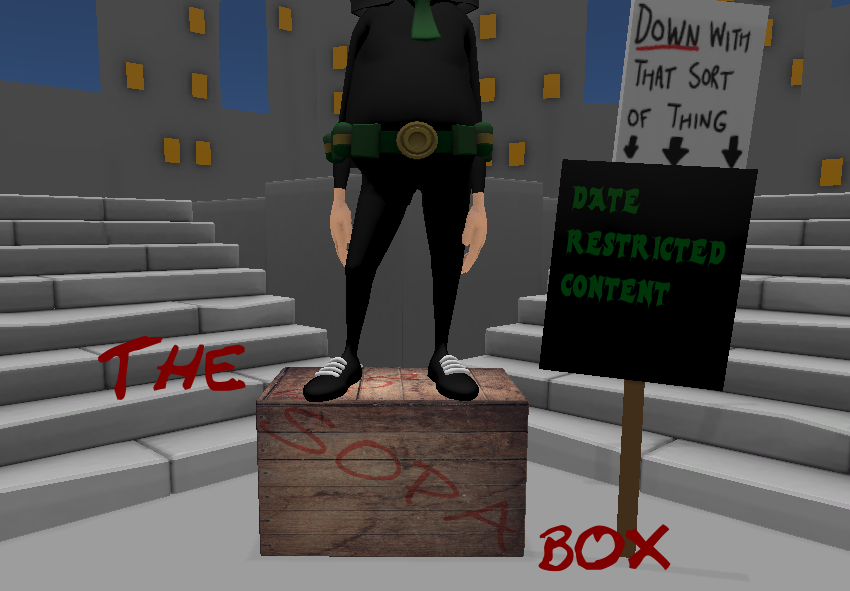 I am here today to have a yell about Battlefront II or more precisely a horrible piece of industry bullshit that either EA was trying out for the first time or more likely EA was just trying out, and not the lootboxes.

For those of you new to gaming or have forgotten, a fair few years back AAA publishers weren't fans of pre-owned games. The initial plan to deal with them was to charge about $10 for an online season pass / activation code to restore some features or content locked off if you didn't buy the game new. Then this generation we had the initial plan for the Xbox One with games being locked to the system and being unable to simply share discs about. Something Sony mocked Xbox over.

Funny thing, as well as showing the absolute greed in the industry and contempt for consumers with the lootbox and progression system Star Wars TM Battlefront TM 2 EA might actually have unwittingly revealed a rather nasty future industry practice before it could be fully rolled out. Something I like to call DRC.

So what is DRC? Well it's a system to stop people selling a game on but not in a standard DRM locked to the system way. DRC which stands for Date Restricted Content and is an insidious trick that works as a proxy war against pre-owned sales. Normal methods like project $10 / Online passes harmed pre-owned sales but drew resentment from the community to an extent and was shown to be somewhat harmful to the lifespan of online multiplayer games. DRC works in the insidious way of targeting one aspect of the game without harming the multiplayer viability. It's a targeted method that allows publishers to minimise the number of pre-owned copies until they're happy with their sales.


Before I explain how this works and why it's so both genius and insidious you first have to understand the present sales stucture AAA games work with. You see the bulk of a AAA games sales profit (excluding DLC etc) will be from its initial 2 weeks as the stock of boxed disks are sold on from distributors to stores. AAA Publishers can choose to try and then print more, if they thinks it's worth doing so and would be profitable, or just run down the existing stock supplies to use the room for the next game they're selling. Thus sales only in the first 2 weeks or until the stocks are gone count financially for publishers. Digital sales tend to have a longer tail and give better returns so AAA publishers tend to like these more but it's not the bulk of the sales.

This new trick is far more insidious and possibly one that was inspired by the corruption of one of Nintendo's ideas. The big question I'm guessing now on your mind dear reader is this. "How does this even work when AAA publishers have no direct control over the stores". Well it's simple they don't target the stores but target the consumers. Battlefront TM 2 EA showed off how they could limit the number of pre-owned copies until they hit what was predicted to be their peak sales period. The peak sales period being after the release of the latest Star Wars film The Last Jedi. What EA did with Battlefront Tm 2 was have DICE ship it with an incomplete campaign, then release the rest of the campaign as free DLC after the release of The Last Jedi. This ensured those who are in it because they're into the Star Wars lore and had no interest in multiplayer couldn't just finish the game and sell it back on within the first week or two of release. In fact if they wanted the full story they had to hang onto it and only got to finish the story shortly after The Last Jedi hit theatres. This I'd argue wasn't a case of as EA / DICE initially said of "not wanting to potentially spoil things in the movie." No I'd argue this was an insidious trick that thanks to the controversy over lootboxes it went mostly unnoticed. With EA seeing it go unnoticed and unchallenged then it will surely embolden them to try this again in the future. 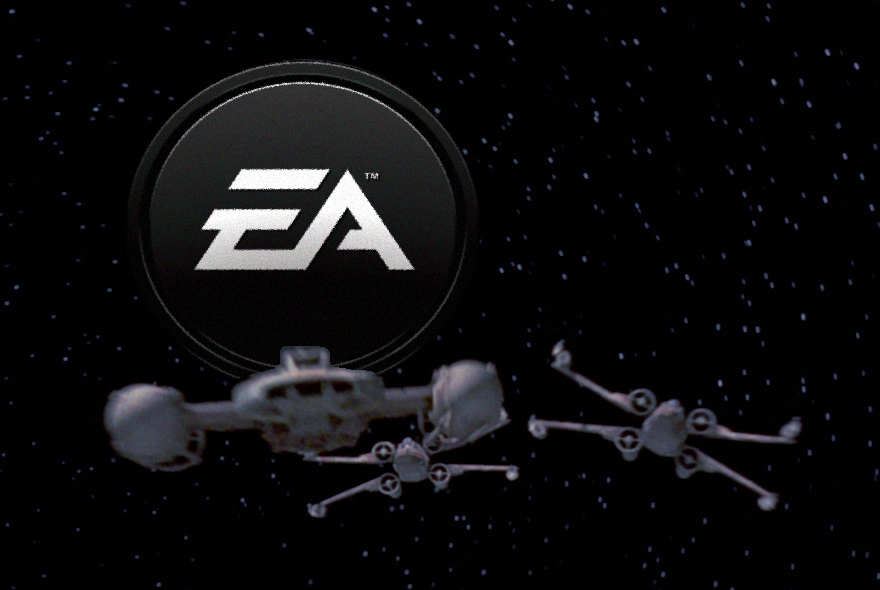 It would be wrong for me to say this kind of thing was entirely EA's brainchild as EA coming up with a new insidious idea on their own rarely happens. They tend to take ideas from other companies and or warp good ideas from other companies into horrifying monstrous idol to the greed of CEOs like Andrew Wilson. As I said this is perversion of something Nintendo first started. The "trick" of having content locked off was included in Splatoon.  Said content was drip fed to players over a period of time, there was little outrage because "hey it's a multiplayer game and Nintendo gonna Nintendo". It could also be argued, in a small part, CD Project Red also inspired this with their free Witcher 3 DLC that they released for a week or so after launch. While not as major as a chunk of the game's story, it nonetheless garnered them a lot of praise from gamers. Praise that had EA likely salivating, as they tried to figure out how they could turn such a system to their benefit. Hell it's long been suggested AAA publishers were cutting chunks out the game to sell as DLC, with Capcom even having some of the paid DLC simply locked away on the discs for the games only to sell it back to customers at a later date. Now can you imagine if instead of locking that content away to make more money they could leverage it against the pre-owned market?

What is nasty about this proxy war on pre-owned and games using DRC is like many other proxy wars it's not taking on the perceived enemy (the shops selling pre-owned games) but actually working to harm those who can influence them (you the customer). Those most eager early adopters, those hyped for a game are actually getting an even more incomplete experience than those who buy later. Not only having to deal with any bugs and crashes still not patched but now potentially incomplete single player campaigns, that is when the campaign is even present. I entirely expect to see this slowly creeping its way into more of EA's games and more AAA games as a whole in the future. EA will increase the use of DRC and you can bet Activision and others notice and begin to implement such practices themselves. All this being done  to try and curb pre-owned sales, at least until they're happy with their sales figures. Then suddenly the developers will have completed the rest of the campaign and it will be released.

And if this does land on the desk of someone from EA or in AAA publishing, know this, I'm onto you.

Thank you all for reading and remember, when the times comes The REVOLUTION WILL BE LIVESTREAMED!