4 Suggestions to Improve the Standard Controller 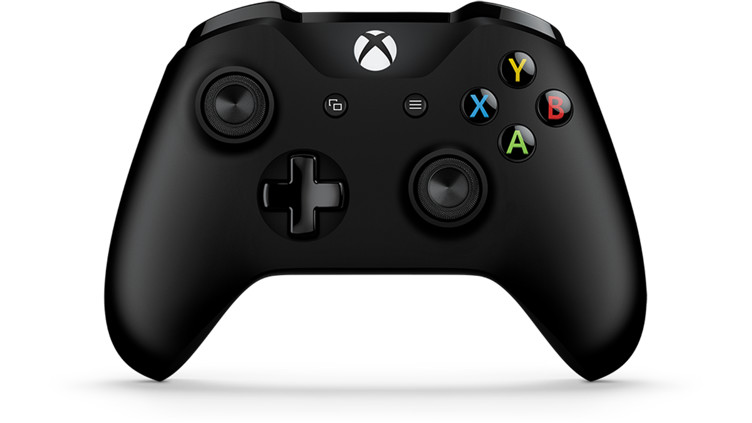 1 An Edge button on the analog stick

The idea here is have the stick click or lock when enough pressure is placed along the edge of the analog. This could work as a run, dodge, boost, roll or something more nuanced like distinguished smash/tilt attack in smash bros for example. You could argue that this is what pressing the stick inward is for but can we all agree how horrible that feels? Doing this should free up a lot of games from having a run button which is always a good thing.

Alternatively you could stick a button on top of the left stick. Rather than pressing the stick in. Though that's a lot less flexible.

This is a tougher issue to solve but I'm sure it can be dealt with somehow. The right analog is a huge problem because it's use means you cannot use any of the face buttons (A Y X B) while it's in use. Many games use the "A" Button to Jump or Run, thusly in games where the right stick is used you have to assign the action the shoulder buttons to do it fluidly. Solutions are a bit harder but I have a few ideas.

Idea 1 - Right analog behind or atop the controller.

A stick not used by the thumb will feel wrong at first but I think it can be done. I think the main problem would be convincing anyone to go out of their comfort zone. Also rather than a stick perhaps a bowl shape could be used, seems like that could be more maneuverable

Really not sure about this one but it would   be great if it works. Essentially the entire face button panel would be movable and work as a right stick. The buttons could be shaped in a way so that it's kind of a face button thumbstick hybrid. If this works this could also be applied to the left stick as well with the d-pad. This seems terribly difficult to get right but it would be beautiful if it could work.

I believe Playstation 3 controller tried this but it was under utilized and has since then removed. I'd suggest considering bringing them back. Seems to me the only thing keeping the 4 button face layout so prominent is fighting games. I say add pressure sensitive buttons back and change the face button layout to something to where the controls are more obvious like the Gamecube controller.

I reference the Wii Classic Controller here in the sense that ZR and R could be accessed from the same finger without changing position. Take that same idea and stretch out the buttons vertically So it's like an Xbox Trigger with another trigger sized button further down that works more like a shoulder button. Why you ask? Consider you're playing a racing game with RT as the go button. You've immediately loss access to RB. With the buttons vertically parallel you can press both at the same time. This is even more critical for games that heavily use the right stick due to the face buttons being inaccessible with current standards.

Really I would just like for controls to look more obvious, taking a cue from the Gamecube controller, the right stick face button issue to be fixed for once, and for basic movement controls to be linked to the left stick instead of some button without the horrible stick pressing. Having a d-pad and a left stick is also a bit redundant but I can let that one slide. I kind of feel like companies have just settled on this design as the end all be all and it most certainly isn't. Or perhaps they're looking beyond the controller on to something else…. Regardless, I don't think gamepads are going anywhere anytime soon so I do think these are things worth looking into.

I've been developing games you've never heard of for over 10 years!