Destructoid community showdown: Ghost of Tsushima vs Sekiro vs Nioh 2 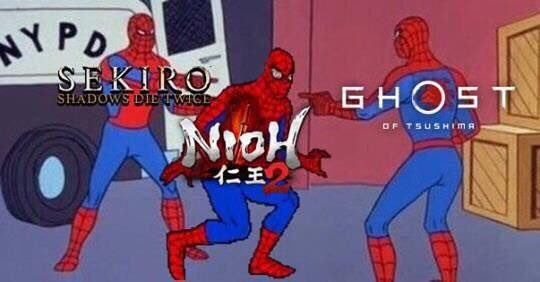 Asides from my mind space being dominated by Super Smash Bros Ultimate and no Animal Crossing for the Switch, the other big part of my brain for E3 is definitely about the domination of the samurai aesthetic at E3. We had not one, not two, but three samurai games (two plus one ronin game according to technicalities). Nioh was the first Souls-like game I had ever beaten and 100%'ed, so not only are we getting Nioh 2, we're getting a different flavor straight from the craftmeister, From Software, with Sekiro: Shadows Die Twice.And then there's Ghost of Tsushima, a game that reaches further back than Sengoku Japan, back to the Mongul invasion.

Are excited about any of these particular games? Are you interested in the samurai, Sengoku-era aesthetic that seems to be creeping up to displace gritty military shooters? Or are you not interested in any of them and just want to go straight to something else like say, Daemon x Machina or FUCKING METAL WOLF CHAOS XD?

Here's some short snippets of info we should know of each:

Nioh 2 is confirmed to have a create a character, implying that William Adams from the first game won't be playable. The reveal trailer teases that in addition to the world of Nioh we're familiar with, your character will be able to tranform into a yokai by way of amrita embedded into them, not unlike the foes you fought in the first Nioh. Perhaps instead of engaing living weapon mode, we'll be relying instead on yokai mode?

Sekiro already stands out from previous From Software games with the inclusion of a grappling hooks, promising more verticality to levels and combat. From Software has also been upfront that there are essentially no RPG elements in Sekiro; there will be no gear, no leveling, and no numbers. Just you, your skills, and the hitboxes of your enemies. I haven't seen any firm news yet to confirm what happens to your character when they die, as the trailer shows him immediately resurrecting after being power bombed to death, but we already can bet Sekiro will change From's flavor somehow. 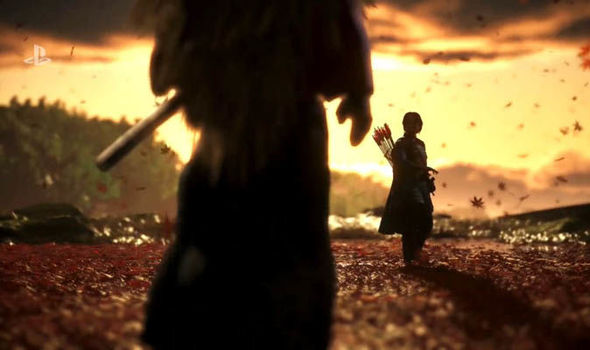 Ghost of Tsushima is the one game of the trio that isn't a strictly ball busting game promising death and respawn. It's from Sucker Punch, so you can draw conclusions as to how it'll handle if you've played Infamous: Second Son and the like, which I always found to be a joy to control and traverse. While Nioh 2 and Sekiro won't be slouches, Tsushima looks to be promising a great deal of incredible backdrops and settings to go along with a more narratively driven samurai (ronin) tale. While combat from the previous two look to handle like quick spurts of death, evasion, and parrying, Tsushima will have decidedly slower, more meticulious pacing to its combat.

For my money, I'm invested in Nioh 2, but Ghost of Tsushima's gameplay demo at E3 wowed, with shining amber waves of long grass and falling red leaves drifting above the flaming arrows of the Monguls. Sekiro is the only wild card in my book, as a From Soft game screams Dark Souls but it just as likely can be more Bloodborne in fast pacing. My interest for the three go in that order, but the difference isn't that substantial. If I can play all three before burning out on the awesome period Japan aesthetic, I will. But how about you?