Last month I participated in the East European Comic Con. If you don't know about it, it's a "geek" convention hold in Romexpo, a big fancy "warehouse" in Bucharest - Romania every year, usually in the middle of May. It was a great experience so I'll share some of it with you.

The con took place during 3 days (18th, 19th and 20th May). As I learnt from the previous years, taking a ticket for more than a day is not necessary if you don't intend to participate in competitions. Obviously, it's not at the same level as the San Diego Comic Con, but last year there were 45000 tickets sold which is quite an impressive number for a convention in Bucharest and this year there were huge changes at Romexpo: they remade the place into a fancier one. 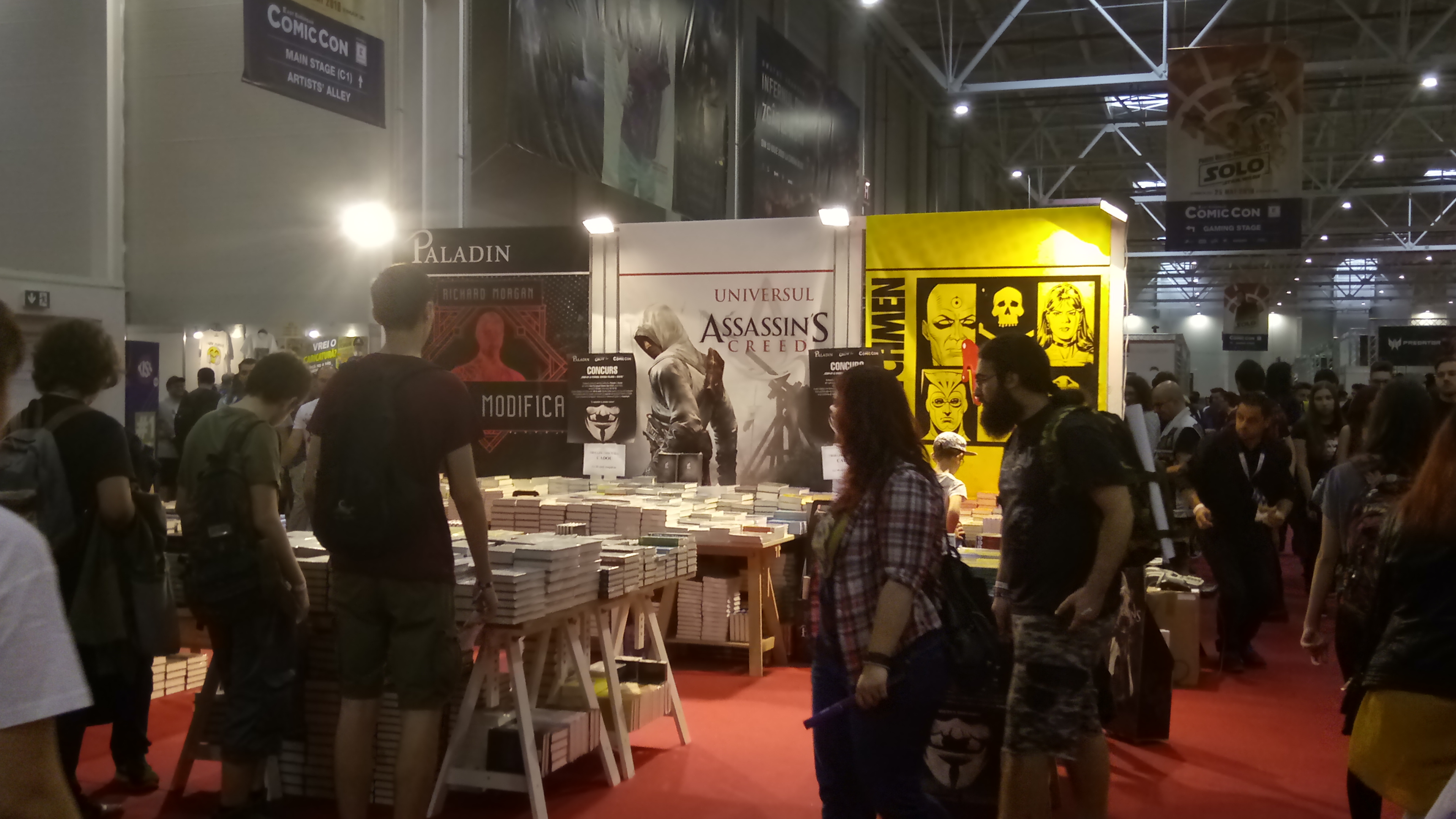 Loved the atmosphere. Sure, it could have been better, during the con I felt a little out of space but got used to from the previous years. The first thing I checked was the artist alley. Tons of artists, some of them even foreigners, with incredible work and there was Puiu Manu too, a legend in the romanian comics history. Between all the artists and stores that came with great content and quite cheap (50 cents a full designed sticker) my favorite store was Comicslandia. Those guys had some kind of raffle where you could buy a ticket for 1 euro and you had a chance to get a badge/bookmark/sticker/poster/t-shirt. The best part is that wasn't anything to lose because the cheapest thing was 1 euro so win-win for both the buyer and the seller. 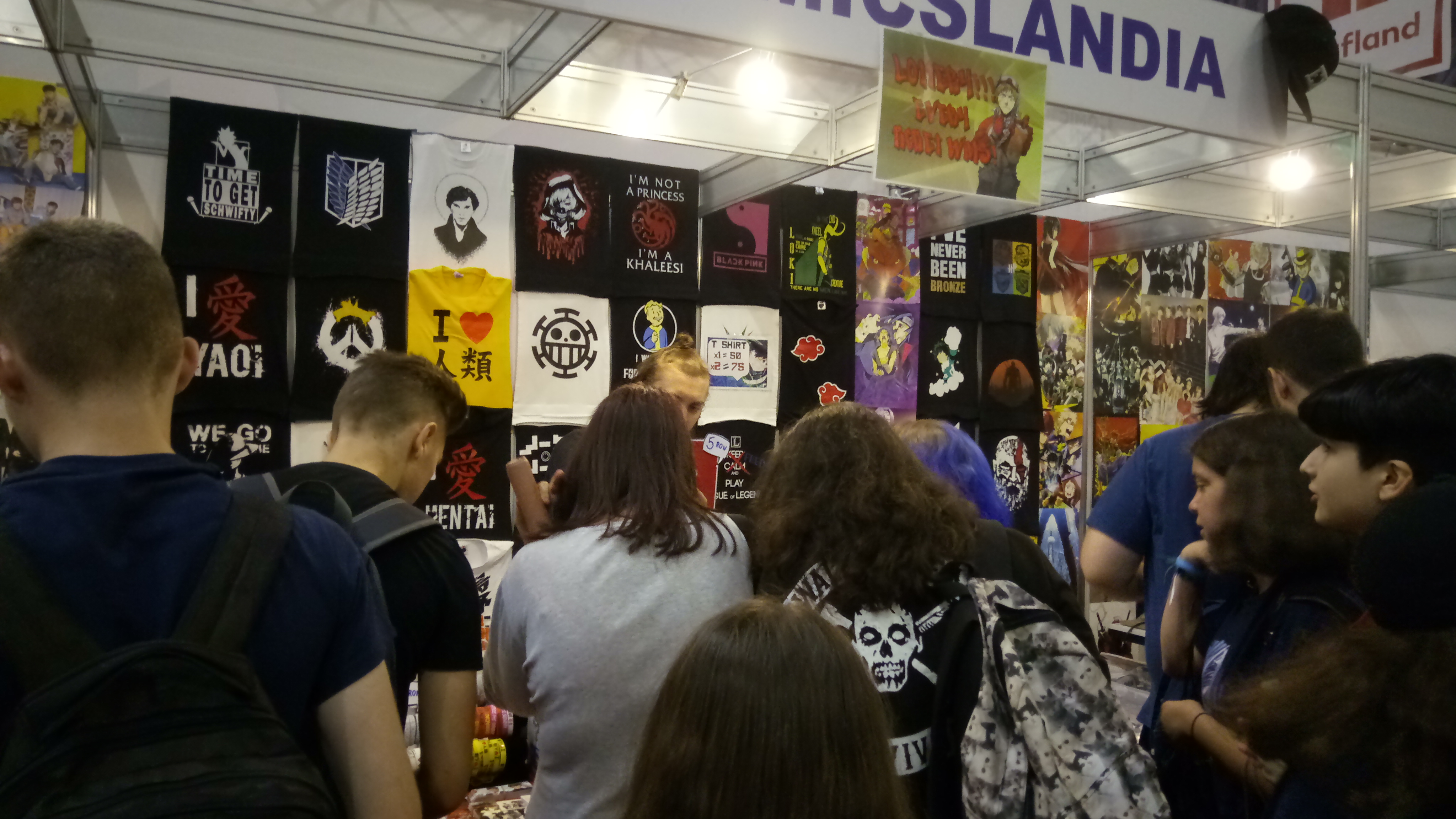 Thinking back to the videogame studios and different hardware and gaming peripherals manufacturers that came, the most disappointing was Ubisoft. It was kinda cool that they brought their newest games like Far Cry 5 and Assassins Creed Origins for everyone to try, but seriously was it necessary to play them on a console?! The performance was horrible, I can't imagine how console gamers feel. Not to mention that their Nintendo Switches had broken controllers. The second most embarrassing were PCGarage who brought Assetto Corsa (quite an old game) and a horrible steering wheel which was not correctly set. Probably the most exciting part was to take photos with all those beauties dressed in anime characters and video game characters. 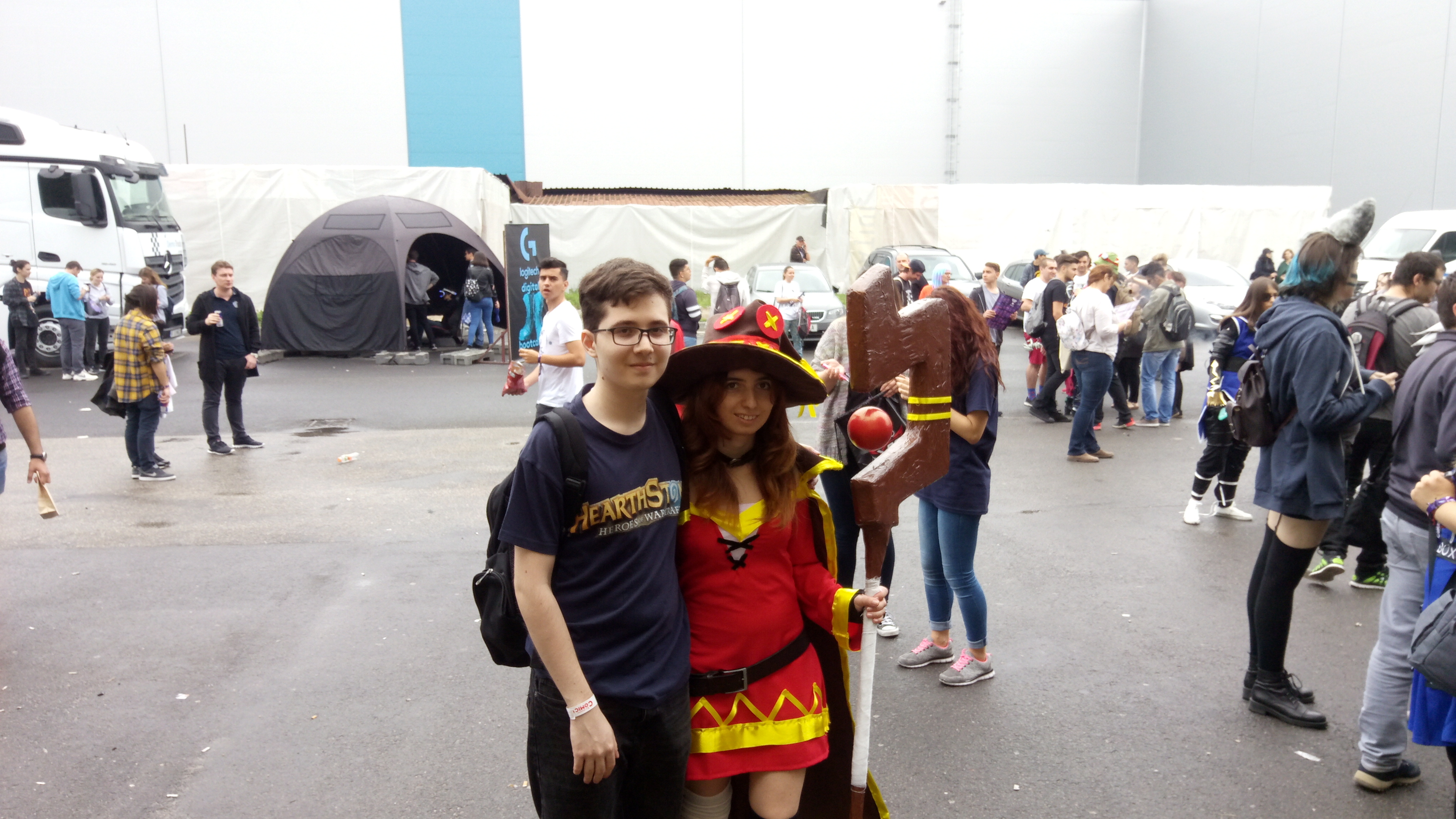 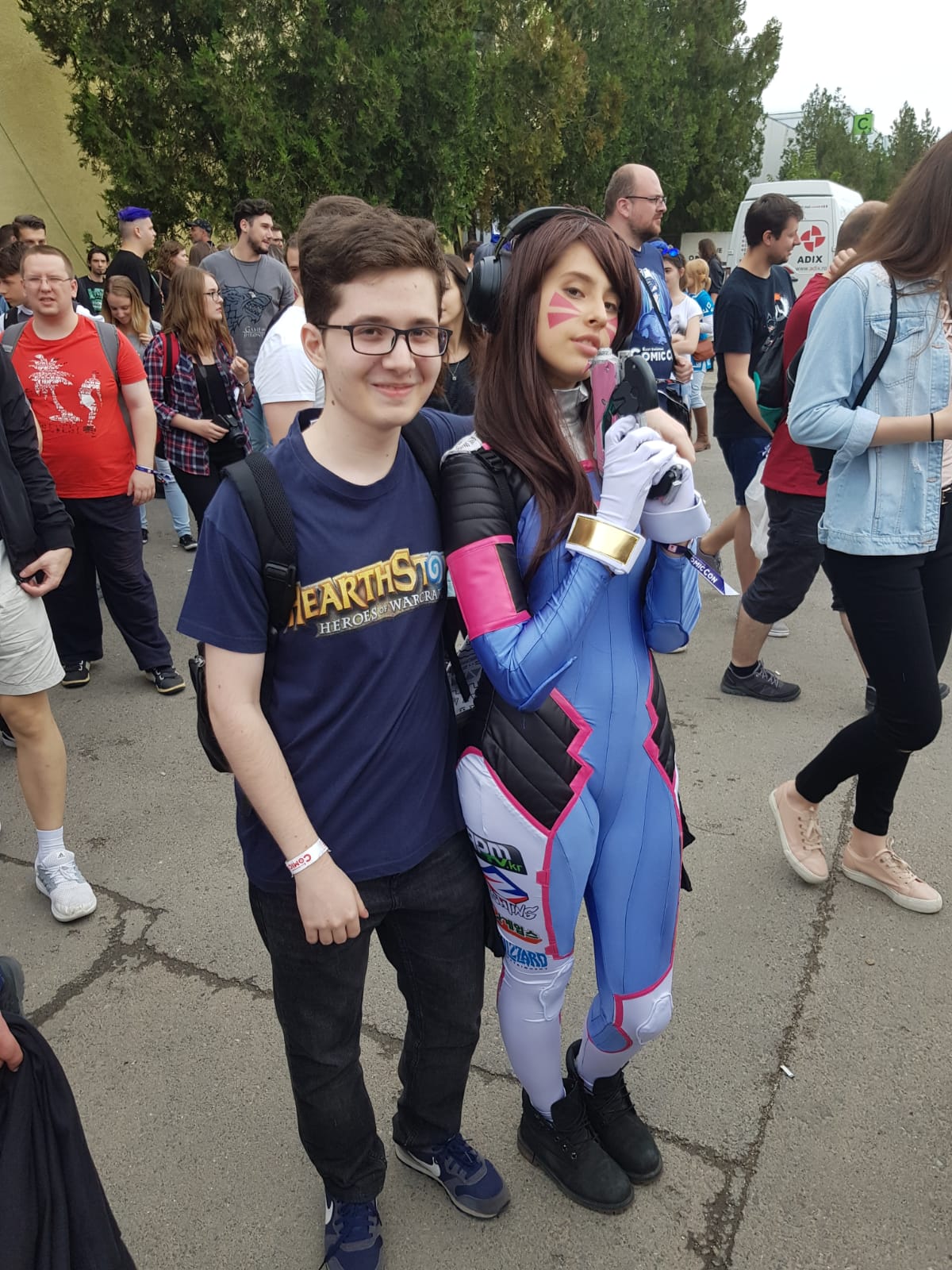 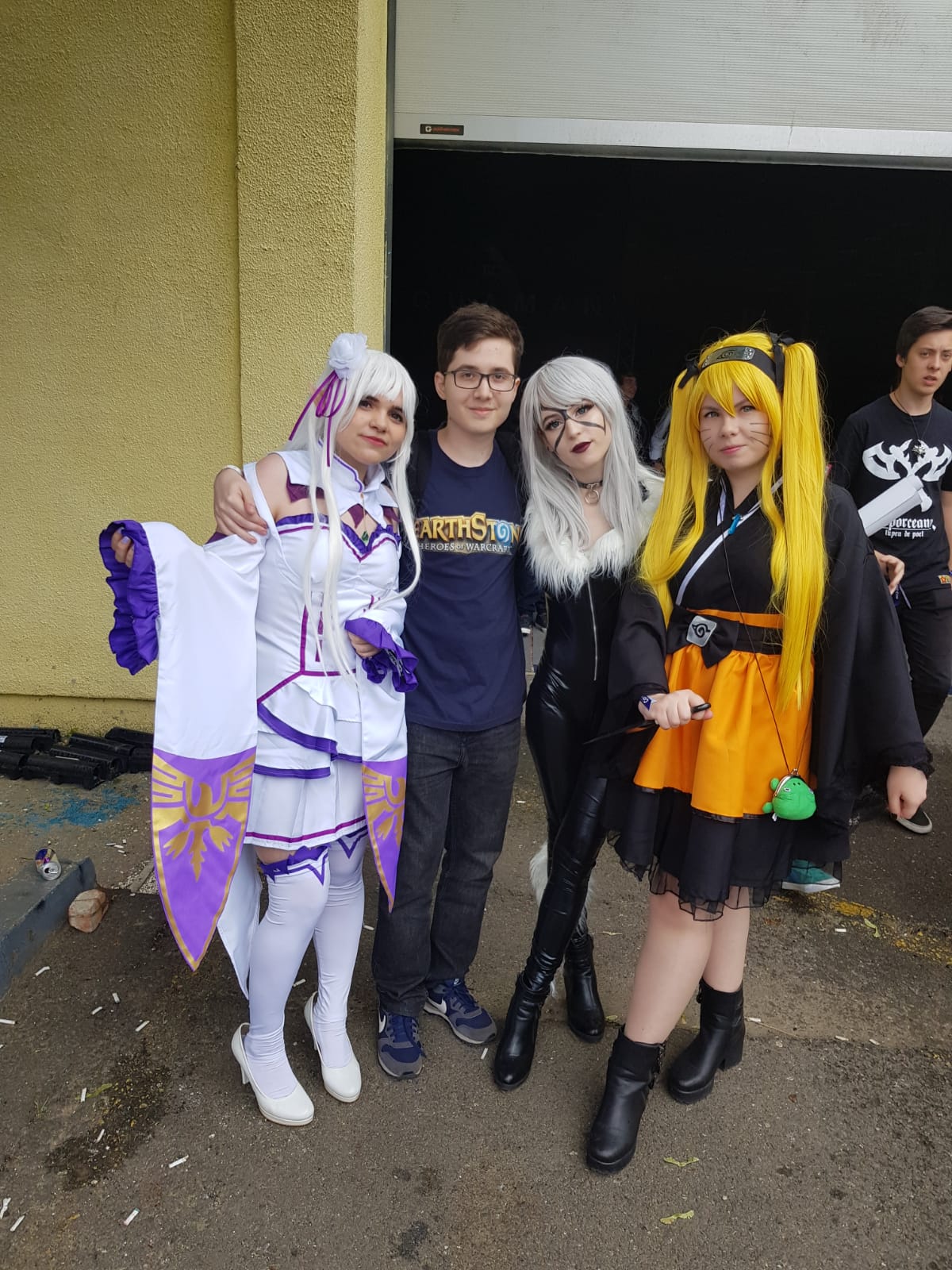 Still there are many things that could have been improved. First of all, the competitions were annoying, especially that only 10 could participate at a time at a certain stand. Aside this limit, every stand held these competitions at the same time and also there were little pcs and laptops left for the non-participants. Secondly, I hated the fact that there were huge lineups of little kids wanting to participate to raffles and walking peacefully was almost impossible.  Not only the crowd, but the fact that you needed to be present at the moment when the winner was chosen made the raffles spend your time in a horrible way and it's quite hard to be there at a certain hour, especially when you want to play some games and take pictures with cosplays. My expectations for the next year are: more computers, more appropriate games, more indie comic publishers and raffles whose winners are chosen after the con.