THE turn based strategy game for mobile

The Battle of Polytopia is a turn based strategy game for iOS and Android devices that guarantees fun and excitement, keeping you coming back to crush your enemies game after game. Whilst you can find yourself playing endlessly for hours glued to your mobile device, the game isnâ€™t without its drawbacks too, but more on those later.

Released in 2016, the game has had over 1,000,000 downloads and is still growing, thanks to the recently released multiplayer feature that lets you play in a group of 12 in two different modes. It has won many awards including PC Magâ€™s â€˜Mobile Game of the Year 2017â€™ and has an Android Store rating of 4.7, from over 75,000 reviews.

There is of course the single player game too which is still just as entertaining, featuring the same Domination mode as in multiplayer where the winner is the player who has captured all the capitals in the game, as well as the classic 30 turn Perfection game mode, where players get the chance to show their skills on the global high scores.

The Battle of Polytopia features some 13 different tribes (four that come free with the game and nine that are paid), each with a unique design and a starting technology boost that lends itself to a different style of play. The Vengir, a dark and mysterious tribe that were â€œpushed into the unpleasant wastelandsâ€� start the game with the Smithery tech, giving them access from turn one to the powerful swordsman that is pretty OP. 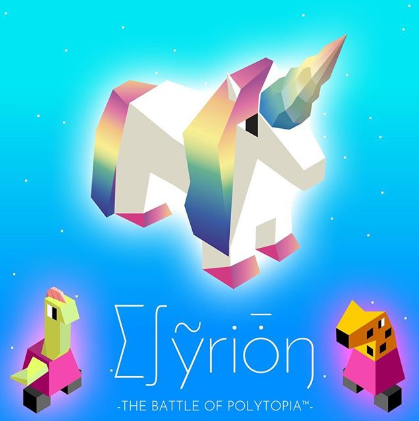 Aquarion, one of the special tribes described as being â€œa little out of this worldâ€� have a slightly different tech tree to the rest of the tribes given that they have special aquatic abilities. They also have access to a unique turtle unit that they ride into battle, which no other tribe can train.

After choosing your tribe you spawn into randomly generated world at your capital, with a starter unit and a small piece of surrounding land to build on. 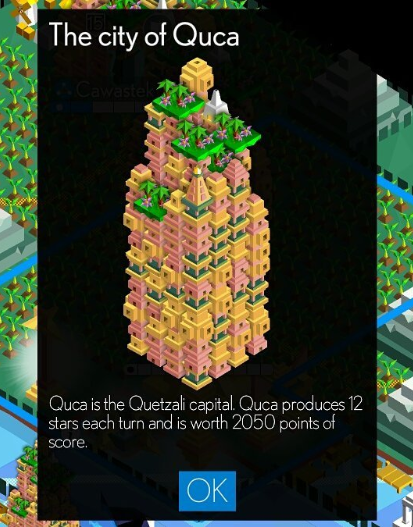 Now the wealth of options at your disposal in terms of research, units and buildings comes into play. As you quickly learn, the decisions you take early game have a huge impact later on. Saddling yourself with some costly but unnecessary research early on will mean youâ€™ll have a bit of a mountain to climb later on.

Research gives you the tech to construct different buildings on the land as well as different units. The units can range from riders, fast long distance moving units that are somewhat weak, to catapults, archers and even a rock solid defender unit that is best placed guarding your cities from invaders.

Each building provides some population to your settlement, which slowly grows and grows and lets you expand your borders when youâ€™ve leveled up enough. Every game also features some buildings that are unlocked based off accomplishments. The Gate of Power comes after you vanquish 10 foes in battle, and the Eye of God is unlocked after youâ€™ve removed the fog of war from every tile on the map.

Whilst the visuals of the game are some of the best Iâ€™ve seen on mobile, the audio is a big let down. When Iâ€™m playing with headphones I notice a weird noise that sounds like a motorbike whizzing past. Thereâ€™s also no real game music either to add just that bit more to the game.

The new multiplayer mode too has kept the Midjiwan Discord busy with players exchanging codes so they can play their own games. The community is really active in promoting the game as well as hosting events to play with each other. If you're wondering, you can find me in the #vengirbunker with other Vengir fans drinking Vengir ale. 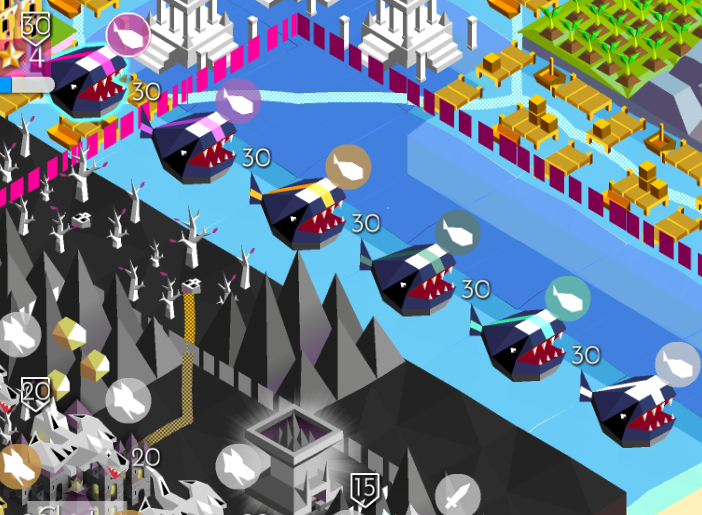 The mode also has some issues too when it comes to balance and map generation. Some players start the game in an area of abundance and have an uneven opportunity to grab the match by the horns, whilst others donâ€™t have much to work with and are more likely to resign and turn into bots.

Those issues aside, itâ€™s been well over a year since I started playing this game on my Google Pixel XL, whether riding the tube or burning a spare five minutes of my day playing through the gorgeous low-poly world, and Iâ€™m still loving it.

I love playing games and have from as early as I remember.

Really big fan of 80s and 90s games, and always favour a game's play-ability over it's graphics!