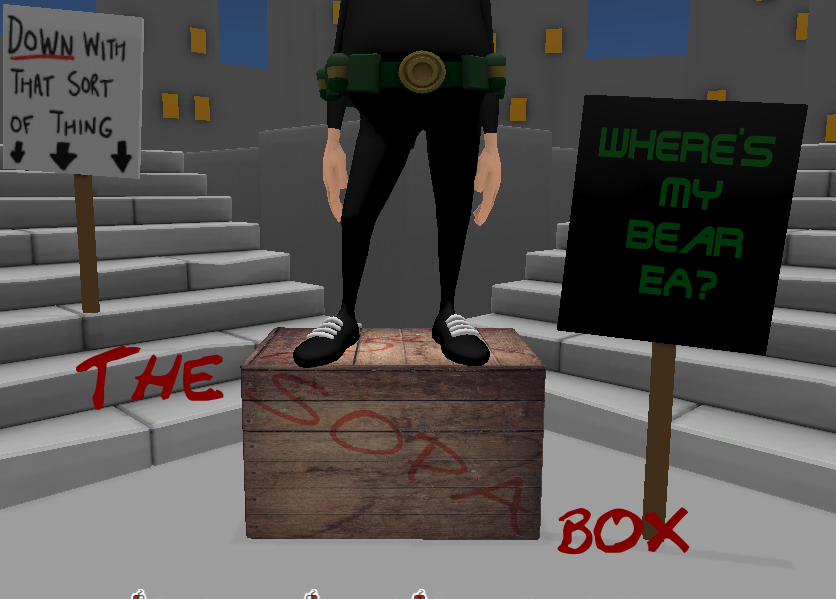 So I watched the Battlefield V trailer and something bothered me.

Now I'm playing through a game at present where you play as a Scottish women who ends up as a Cyborg and part of it does involve fighting the Nazis. So why would this it in Battlefield V bother me? I think the idea is cool and if you're going for an alternative version based on WWII then good on you. 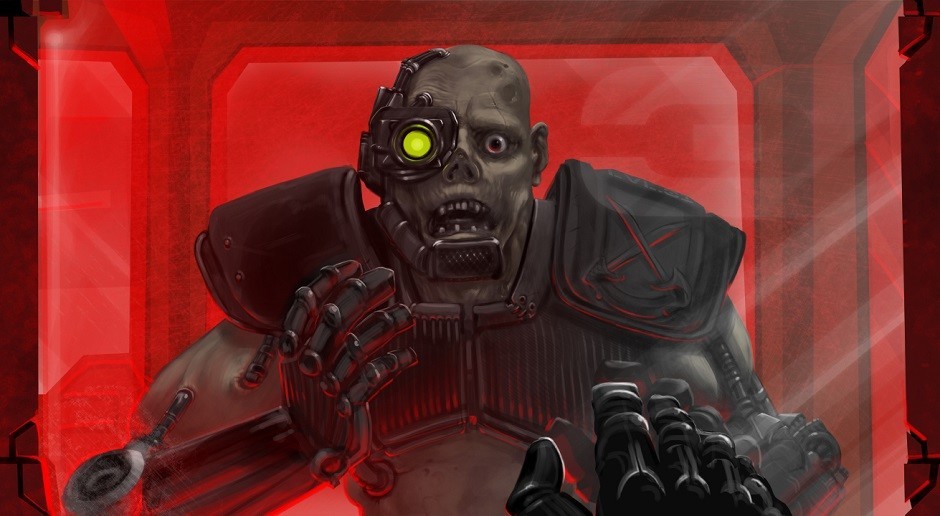 Then as the articles started to pour in I was able to pin down what was truly bothering me about this. It's the reaction of racists and sexist people like Luke Plunkett of Kotaku; Megan Farokhmanesh of The Verge; Matt Martin of Vg24/7; Tim Mulkerin of Mic; Dan Van Winkle of The Mary Sue and the no doubt parade of other people coming forward to finger wave about gamers, while happily defending what is extreme laziness. These people are racists and sexists because they seemingly don't care about having lesser known and lesser shown stories told they care only about having characters of a certain sex or with certain skin colour shown. This is treating characters different due to said attributes and celebrating them purely due to that, so is racism and sexism. It's not like there aren't stories that could have been told.

There were women in WWII. There were POC in WWII. There were women snipers for example in the Russian army and Russian divisions of women Night Bomber Pilots. There were the women of the French resistance too and many other groups. There were the POC from British Common Wealth countries who joined the fight for example the Sikh regiments or the Gurkhas . None of the Battlefield V trailers seems to imply this is their stories. None of the marketing material is presenting this as telling stories based on their lives. In fact at no point has there been any suggestion or indication such groups will even be mentioned as existing in this world of Battlefield V's version of World War II.

What we're seeing is people cheering in essence at the erasure of actual diverse groups from a game about World War II in favour of diversity by way of Barney the Dinosaur. This imagined utopian idea of what diversity should look like that was presented by a number of kids shows extracted and just pasted over a video game. It's kind of shocking to me to see people cheering this on instead of being the ones asking for greater depth and exploration of actual groups from history instead of just changing history to fit their needs. History could already fit their needs but that would take time and effort instead we have people cheering on allusions to diversity rather than substance. Cheering on companies seemingly ignoring actual groups in favour of creating characters based on present ideas and [current year] standards to inject into the past. A character who looks to have been assembled from characters deemed good female characters in previous pieces of media 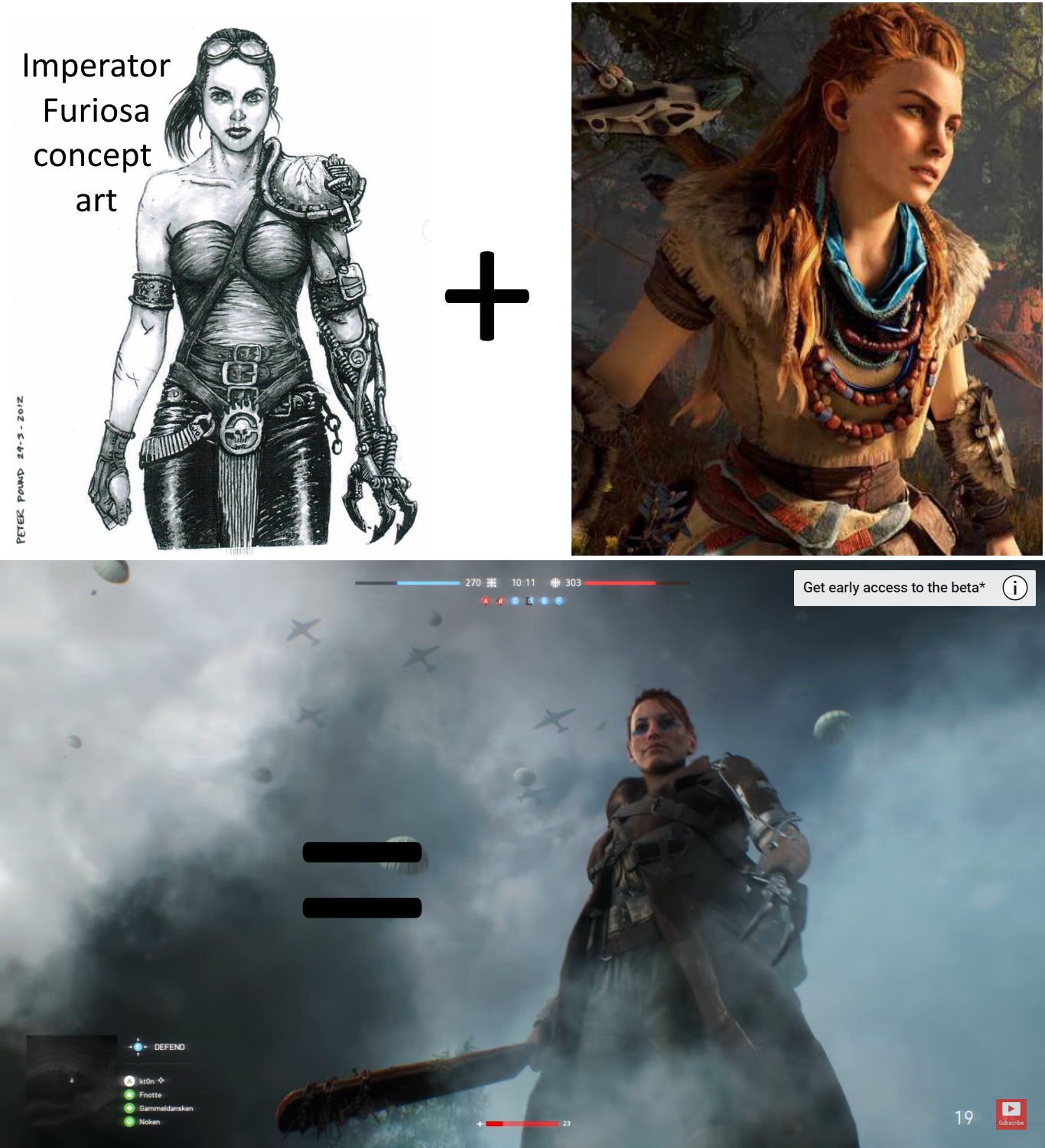 All that plus a voice that sound like they borrowed it from Overwatch's Tracer.

To me it feels like it's doing a huge disservice to those whose stories don't get told much, to those who were involved in World War II and were from groups that history and media hasn't remembered. Instead we have people cheering and celebrating a title that presents a shallow image that fits current year sensibilities while further erasing or obfuscating the groups who did take part and were there. What Battlefield V has given us is someone to fit the present political atmosphere, because we can't have Russian women because Russia is the sinister evil country again in world politics; can't have a non native English speaker lest that actually upset people being "FOREIGNERRRRR" and we seemingly can't have many other of the groups represented because they would be suggesting other countries did something "more progressive" than the west in the past. No it's a simple re-writing of history to make people feel better at the expense of telling stories about actual groups who did have women fighting in them in World War II.

Here's a list of just the groups I know of thanks to people pointing it out or prior knowledge that had women in them and whose story won't be told by Battlefield V:

and also all the women back on the home front who actually kept countries going taking over the jobs the men who went to fight vacated. I mean to suggest the only way women could be included is those fighting kind of undermines the contributions outside of combat itself.

The idea that it's for fun, ok, then and the follow up claims that because women were in World War II then it's ok to have a woman protagonist makes me ask, where's my bear EA? No really if we're going down the route of claiming it's for fun and because a historical reference can be found it can be used regardless of context then clearly because of Private Wojtek (later Corporal Wojtek) being part of World War II means that EA should include playable bears in Battlefield V right? I mean this is a game about fun right? 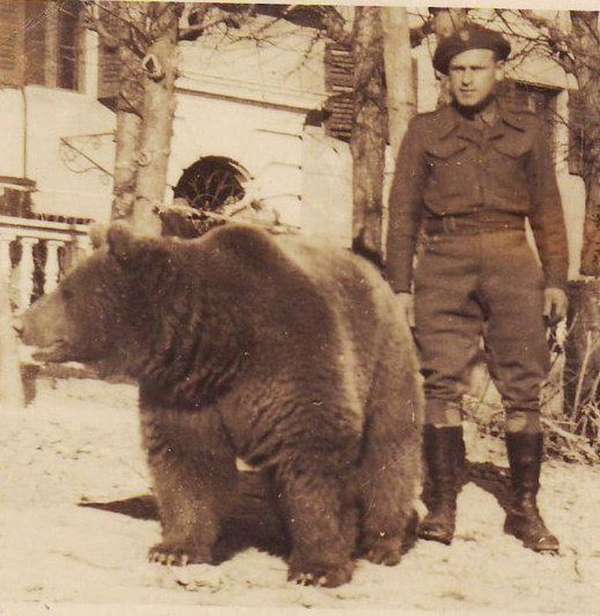 And all this furore for what? To introduce the faux image of diversity to Battlefield V? Because people need representation and can only play games as someone like them?

*Rolls up into a blue hedgehog ball and super speeds it off towards a loop the loop.* 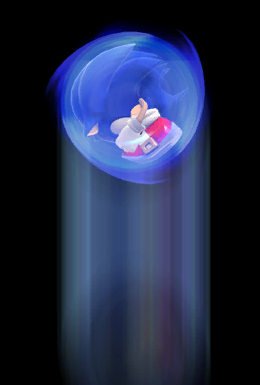 On a more final note.

This is EA, the company that when people hate on generally the audience will be on a person's side but rather than focus on the more sane complaints the press for the most part has been focussing on the 0.00001% of people complaining that are trolls, idiots or both all to defend "m'lady". It's kind of a sad state of affairs When I'm one of the few people pointing these problems out. So to anyone in the press reading this, you missed out on being able to have a deep conversation and being able to celebrate actual women who fought on the frontlines in World War II in favour of trying to make parts of your audience look bad and win the favour of a 2 time winner of Worst Company in America.
And you wonder why more people have been using adblock as time goes on. Thank you for reading and remember THE REVOLUTION WILL BE LIVESTREAMED