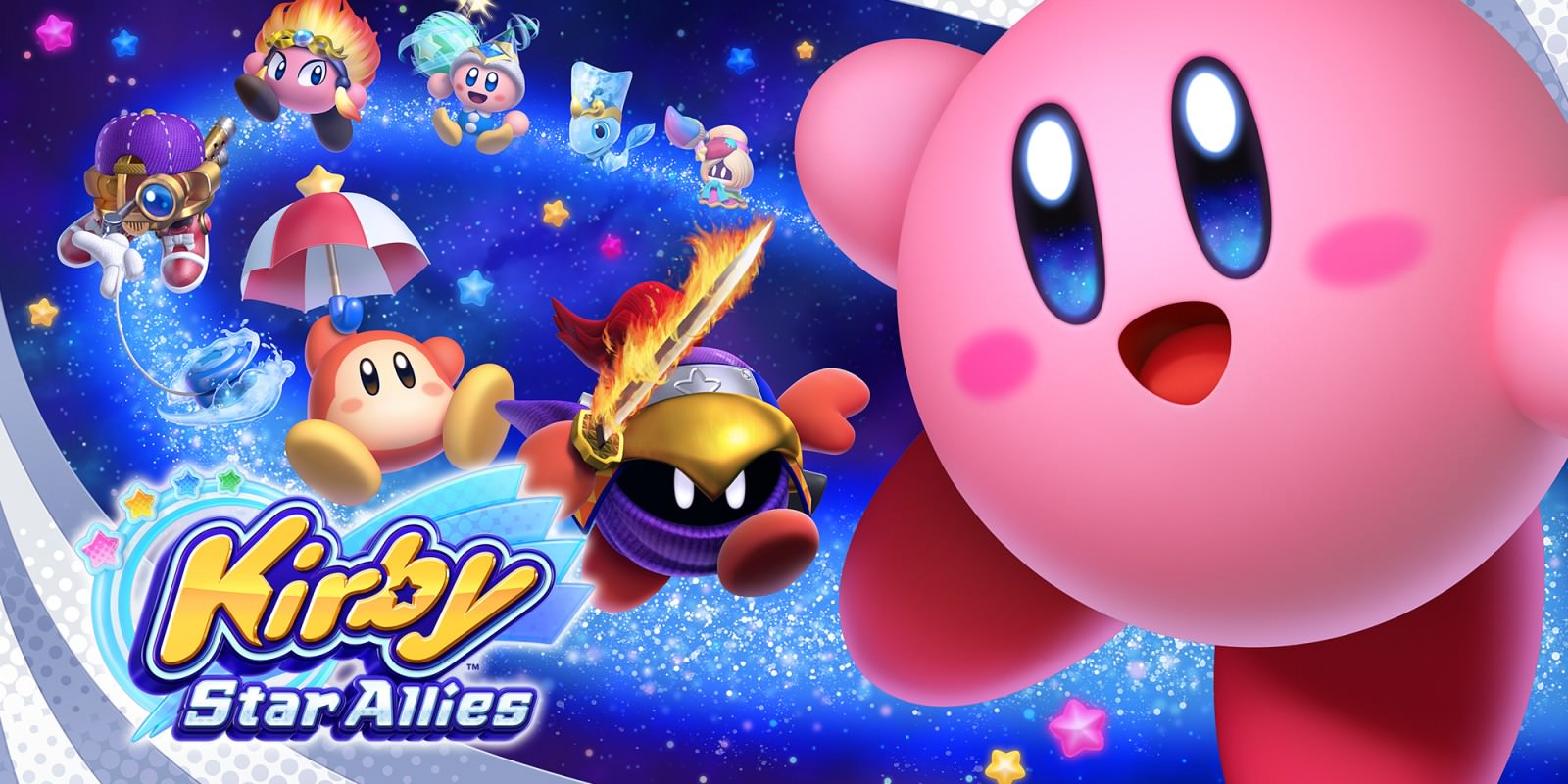 While Nintendo has been a staple in my life as a gamer, the little squishy pink ball of attitude and appetite has never really been on my radar.  With the exception of Kirby’s Dream Land 3 for the Super Nintendo, I haven’t had much experience with the character outside of the Super Smash Bros. franchise.  Having my faith and fandom in Nintendo rejuvenated with the release of the Switch, I’ve been eager to try anything new or of interest on my Nintendo Switch.  Kirby Star Allies was released on March 16th here in the U.S. and was a launch day pick-up for me.

Launch day purchases have become rarer in my older age as I usually have a back-log of games to work through.  However, the Nintendo Switch has been something of a shared experience with my four-year old son who is enamored with the console.  With the exception of The Legend of Zelda: Breath of the Wild, my son and I have played just about every game we own on the Nintendo Switch together.  We even played through Mario + Rabids Kingdom Battle together despite the campaign only being single player.  We simply alternate turns between fights.  One takes control while the other barks orders and shakes his head at the player’s choices.

When my son and I gave the demo for Kirby Star Allies a go in the week prior to the full game’s launch, we were over the moon and the stars (see what I did there) with the short experience.  It met all the qualifications for a fun, simplistic adventure that we could play together.  Here we had a 2.5D side-scrolling adventure fully of whimsy and color that was easy to grasp.  Quickly, we were taking out little cutesy enemies together with our acquired powers before becoming confronted by the famed boss of Dream Land, Whispy Woods.  After dispatching the cantankerous tree villain, we knew we found something worth playing together. 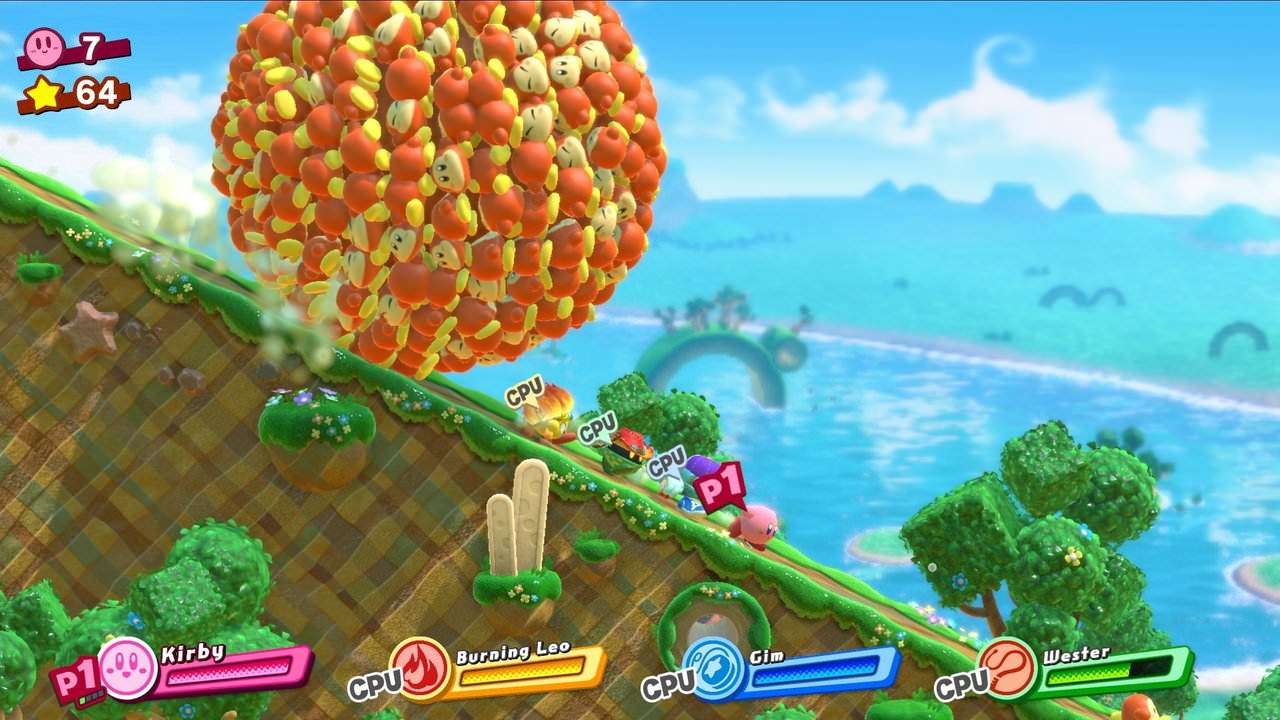 For fans of the Kirby franchise, there’s nothing amiss with this latest release.  It plays like the side-scrolling games many have come to know and love.  In fact, I had flashbacks of my time with Kirby’s Dream Land 3 on my SNES.  Kirby inhales enemies (many of which he can absorb powers from), he floats/flies, and he races through levels solving puzzles directly related to specific powers.  All in all, one could say it’s status quo for Kirby fans.  After all, HAL Laboratory, Inc., developer of just about every other iteration of Kirby since the NES days, is in the driver’s seat once again.  The level designs are fun, cartoony, and colorful.  It’s a design one would come to expect from Nintendo with many of their titles adopting a rather bubbly exterior (Legend of Zelda titles aside).

From what I’ve come to learn of the other Kirby releases over the years, this game incorporates elements from many different Kirby titles.  Co-op is certainly not a new idea for Kirby, but it is a prominent aspect of this game.  Even in single-player mode it’s crucial to have allies (hence the name of the game) to overcome obstacles that require teammates, even if they are AI controlled.  Kirby games continue to expand the varying degree of powers/types of allies one can obtain and this game is no different.  Also, shortly after release Nintendo began posting free DLC updates for the game adding new obtainable allies such as King Dedede, Metaknight, and others.  Another feature, that has been used before in Kirby’s lengthy video game run is the inclusion of combining powers.  For instance, elements such as fire, water, ice, wind, and the like can be affixed to swords, bombs, boomerangs, etc.  This combination requires two of the players to interact with one another and the combined power typically sticks with it’s user until replaced.  Some combined abilities only have a single use effect such as the ability for a particular ally to throw another around the screen.  Per usual, the game features various worlds that each include various levels including secret levels that are only unlockable through special buttons found in main levels.  There are also mini bosses and of course major bosses.  This game excels at everything that made Kirby what he is today.  This is, of course, due to the lengthy tenure of the franchise’s developer in creating a recognizable brand here.  Fans of the titular character will even be thrilled to see how much of this game is an homage to Kirby’s past adventures.  As a side venture, players can collect puzzle pieces to unlock artwork depicting previous Kirby games. 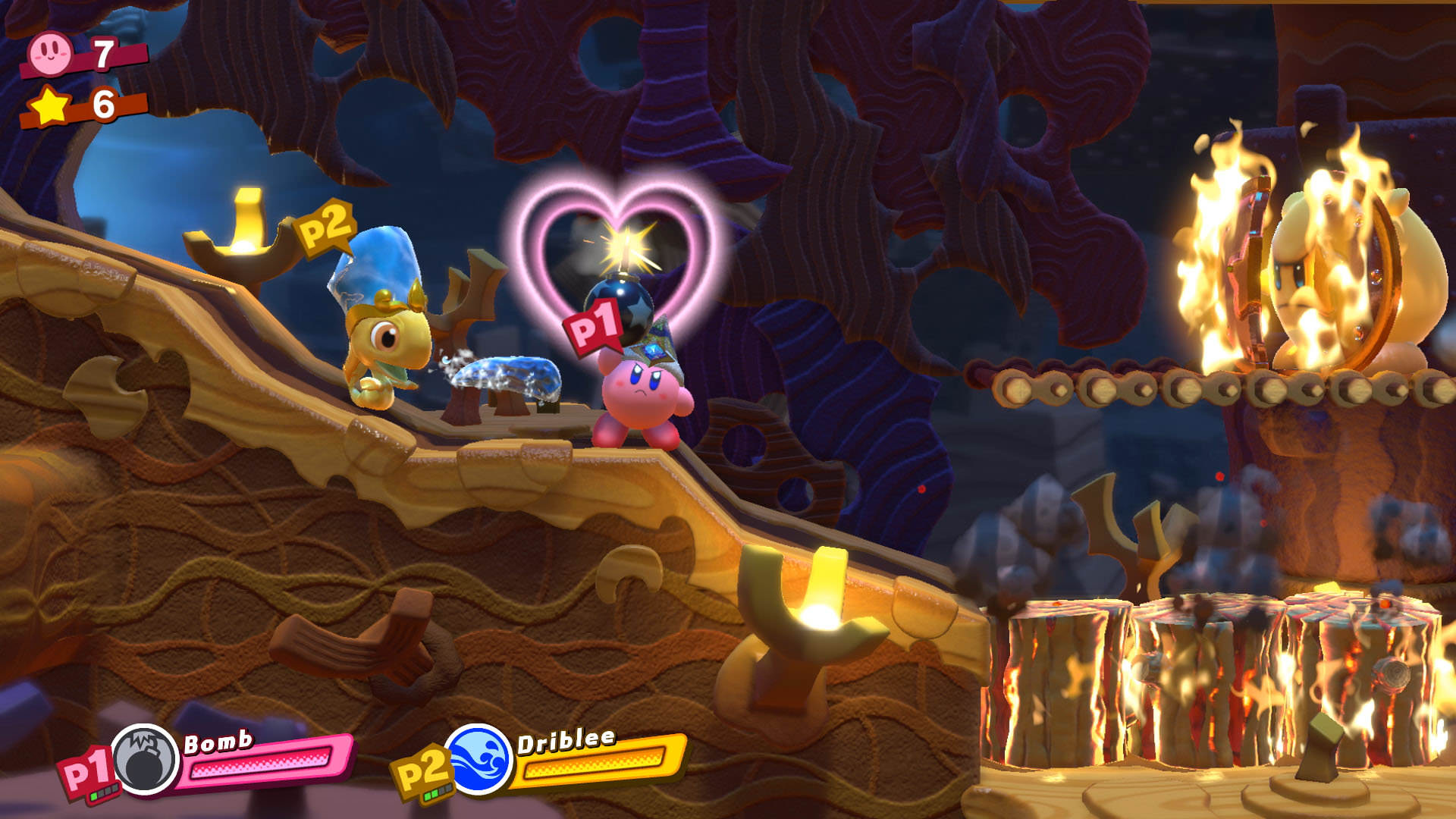 So, the big question is, who is this game for?  Is it meant for you?  Let me be absolutely frank, if you’ve never played a Kirby title before, just know that this game isn’t meant for the hardcore gamer.  At its core, it’s simplistic, easy to grasp, and maintains a rather low difficulty level.  As much as I enjoyed this game, it’s not one that anyone would ever catch me playing all by myself.  It’s not that kind of game, and I’d find myself getting bored rather quickly because of its simplicity.  But as a co-op romp, it’s a blast.  Furthermore, due to it’s simplified nature, it’s been a perfect game for my young son and I both to enjoy.  One thing Nintendo has excelled at is releasing titles that are accessible to younger ages.  With assisted steering and acceleration in Mario Kart 8, a baby could practically play the game.  Turn off those handicaps and ramp up the difficulty, however, and then you are looking at a hardened racing challenge for even the most skilled adult players.  While Kirby Star Allies doesn’t have that same kind of range on the back-end with higher difficulty, it is a title that young children still trying to temper their coordination skills in video games can handle.  The game only ends when Kirby dies.  Ere go, I’m the one keeping this father-son team afloat.  My son, on the other hand, can die countless times and can be brought back either through simple revival or obtaining a new ally.  My son also tends to wander, along with his attention, as he finds shiny objects.  Like previous Kirby titles, the game automatically zips the second player to Kirby if they fall off the screen or out of Kirby’s field of view.  There are never any worries of secondary characters getting stuck or holding up progress. 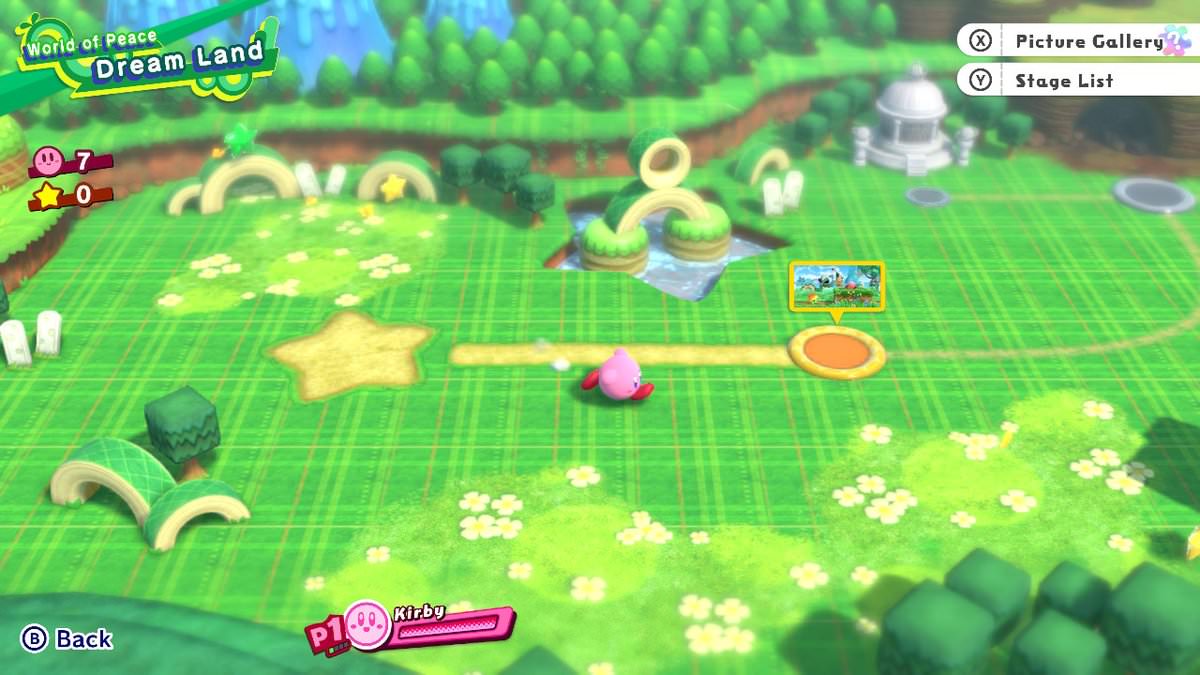 I can highly recommend this fun, quirky title for any parent gamers out there who are looking to introduce their young children to video games in a way that is enjoyable for both parties.  This is the reason it took me so long to put out a thorough review as my son and I scoured every corner of this game even after the main story.  Of course, I don’t need to sell this game to any Kirby fans who might have disagreed with me on the “boring solo player” comment.  But for other gamers out there looking for serious single player experiences and are wanting to experiment with the Switch during this Nintendo renaissance of sorts, Kirby Star Allies might be better left as a rental.  Or better yet, try the demo.  The entire game is just an extension of what you would find in the demo.  These gamers might be better left heading over to the latest release Donkey Kong Country: Tropical Freeze for a higher difficulty platforming experience.