It goes without saying Bungie mucked up Destiny 2 in its earlier months. Remember Eververse? But in its extended post-launch period, the much-maligned sequel is slowly but surely getting back on its feet with the Warmind installment. As time passes, however, new cracks appear, and even some infighting among the player base. This time, the complaints are directed towards streamers.

The player base is mostly concerned due to the difficulty of Escalation Protocol, touted as a high-level, end-game activity for up to nine players. While the initial and more pressing issue is with matchmaking, players have also pointed fingers at streamers who may have caused its difficulty to spike prior to launch. 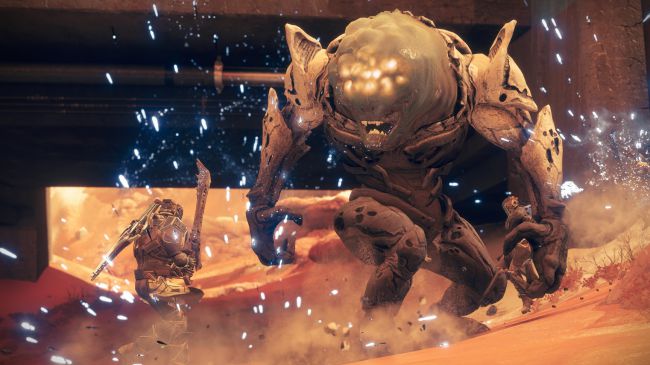 To give you a brief background, Bungie decided to have a Community Summit last month, inviting dozens of "community leaders" i.e. the most popular and knowledgeable people among the player base. A majority of those invited were streamers. The goal was to discuss the game's shortcomings and come up with solutions to improve it for everyone, be it the end-game grind, the customization of weapons and armor, loot in general, cosmetics, PVE & PVP, or even the lore and writing of the game.

It seems one of the most notable pieces of feedback from the summit was the Escalation Protocol was too easy and that the difficulty needed to be ramped up. This was cited by several users who saw videos from those who were able to attend the summit, players who wanted the difficulty increased. This led to some in the Destiny community to argue the summit wasn't a good idea if it led to this.

Reddit user Knives696 also mentioned the dangers of considering streamers as "community leaders" -- which the developers and many in the player base seem to do -- because it would "scale the game to their preferences." According to Knives:

Streamers deliberately called for the activity to be harder and in a knee jerk response, the devs obliged. Streamers, as it stands, are looking out for their best interest which is inflating the length of time the play the game in order to secure their income. The "community" they represent is an echo chamber, a feedback loop of confirmation bias that sub to them for their shared values.

The Destiny they play, by and far, is a very different experience from the average Destiny player. They have an endless pool of willing participants to server hop and make "9 MAN ESCALATION PROTOCOL. INSANE LOOT!" videos with. This is not the case for the average player. You cannot take their feedback in a bubble.

The elite among us have proven time and time again that you cannot balance the game around them. 6 second raid lair kills, no gun prestige nightfalls and one plate 2 man calus isn't indicative of the average Destiny player.

Popular streamer Datto also joined the fray, citing previous group activities such as Court of Oryx and Archon's Forge as being easy-to-beat in the first couple of weeks, and relating it to the current scenario where Escalation Protocol becomes tougher so that it stays more relevant for a longer period. As he states:

This kind of feedback was given and I know a lot of people blame me specifically for EP being higher level.

The point of getting this activity scaled up higher was to keep it relevant for longer. If it could be 3-manned in the first week or two, then it too would fade away the instant people got everything. Will the people who can run it now stop running it after they get everything? Yeah, probably. But, MAYBE this time around, the entire community won't be hitting that point all at the same time.

Meanwhile, another streamer with a large following, King Gothalion, took to Twitter to address the writer of the post (Knives696), by calling him an "idiot," which several of his own followers even objected to.

The guy who wrote this is an idiot. I have plenty of followers finishing EP. the problem isn’t the streamers (I know, low hanging fruit blame), it’s lack of proper grouping options/matching

Many players are also criticizing streamers for their perceived "tone-deaf" views on the game because they have the most amount of free time to offer compared to a vast majority of users. They're outliers who represent the smallest fraction of the community, however, their opinions end up carrying a lot of weight due to the sheer number of followers they have.

None of this is new. As evident with the previous game and even as recent as last year, the player base has often called out its community leaders because of such antics and viewpoints:

Yes, the past months and years have shown that the player base does respect and like content creators for the entertainment and tips they provide, but in no way, shape, or form should the game be geared towards them. So what exactly made those sentiments change? Turns out, it may be the sequel. 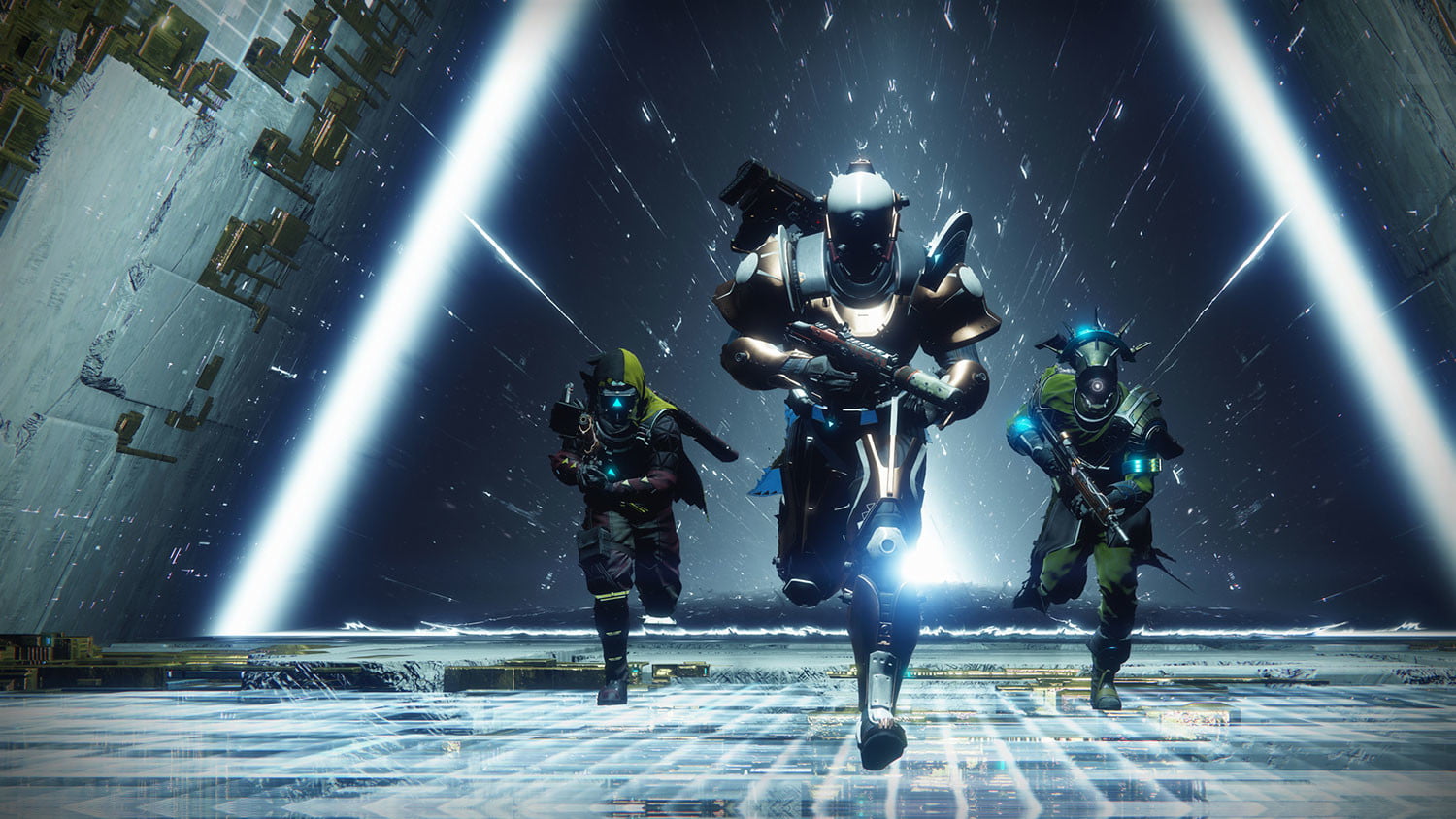 Destiny 2 is a flawed game and the changes Bungie implemented in the past have never satisfied everyone, and neither did some of their communication blunders. The Destiny community is also known to be one of the most passionate and vocal. This means certain issues would pop up out of the blue, and suddenly be carried over to the vast sea of social media, forums, subreddits, and YouTube videos.

Unfortunately, what most players forgot was a history lesson. The first game was not in a good shape towards the end. Even though the original Destiny's third year and fourth expansion (Rise of Iron) were celebrated due to having a lot of content from previous years coming back, it also had the lowest number of players in the game's lifespan. Before the DestinyTracker website had removed their charts, roughly only a million players were left to experience the glorious third year of Destiny. [Image/stat via user Goldenboot76]

The happy few -- of which I consider myself a part of -- moved on to the sequel when it launched last year. Within the first month, we saw disappointments and flaws with it, perceiving it as geared towards casuals due to streamlining methods, less grinding, and easy catch-up methods. These disappointments led to players forgetting that the first game had an unbelievably casual player base that dwindled as time went on.

For reference, if you check the trophies on PlayStation, roughly 41% completed any raid activity since the game's inception in 2014, and hard mode had only 31% clearing it. It's even more telling when looking at DLC like The Taken King's and Rise of Iron's stats which only saw a 31% and 22% raid completions respectively. And that's for normal mode! For the raid's hard mode, that statistic drops to 20% and 14%! And Xbox achievements paint a similar story.

Yes, Destiny, which used to have 30 million players at its peak, many of whom were passionate and vocal fans looking to have tougher, more grind-intensive, more time-consuming content, also happened to have one of the most casual player bases that barely even finished a raid, let alone do it with a team of clanmates. Oh and the Court of Oryx and Archon's Forge events which were supposed to be "easy to beat within the first couple of weeks?" Only 38 to 40% of its players did that part. 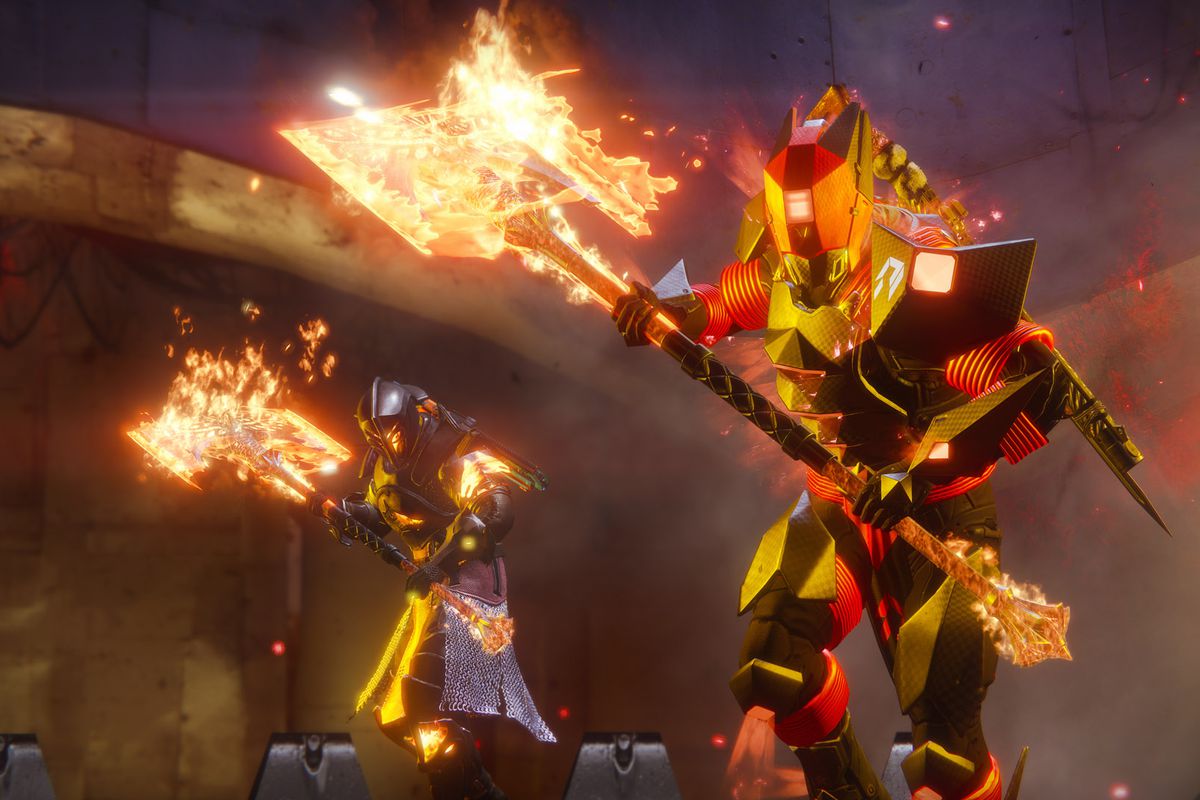 So it was no surprise, at least to me, that the developers decided to make the game easier and geared for casuals a bit more. Even if I detested the system since it was so easy to get everything and I have nothing left to do, I remembered I was still part of the (perhaps) top 10% who regularly cleared content and obtained what I needed with barely any mishap.

Fun fact, in its earlier months, players not having much to do was considered a great thing and streamlining and catch-up mechanics were awesome because it prevented burnout; the sequel was good because it fit into your life. But weeks passed, and Destiny 2's woes were compounded by the fact its base game and first DLC Curse of Osiris alienated its more hardcore users as well. This led to a sudden, almost 180-degree about-face with regards to opinions on the game.

In turn (and this is where we tie in the loop), this led to players crying out for the developers to listen more to streamers as they, who are generally hardcore players, were leaving in droves. Then came reports of streamers moving away from the game. Meanwhile, forums and subreddits began to acknowledge this news and urged developers to listen to them (one such person was even hired) and attempt to bring them back into the fold or rework the game in their favor. This culminated in April's Community Summit, where we saw numerous posts from players who were citing their preparations and thoughts on what they wanted to address.

Yes, that's pretty much how the story went. To summarize everything:

And that brings us to today with Escalation Protocol, an activity that's a lot harder than Court of Oryx and Archon's Forge (two events that over half of the population did not even complete); an event which is also easily cleared by 'core' players and their groups. It just so happens that the feedback to increase the game's difficulty (not just an EP, but the game in general) came from the vocal subset that did, indeed, want it to cater to a smaller fraction of players.

What we do know is that Bungie will be revamping its power (leveling) mechanics in less than a couple of weeks. What we do not know is if they'll ever find a means to balance what a small but vocal and passionate group wants, and what can be beneficial to the vast majority of their players.