The Sopa Box: Preaching to the choir 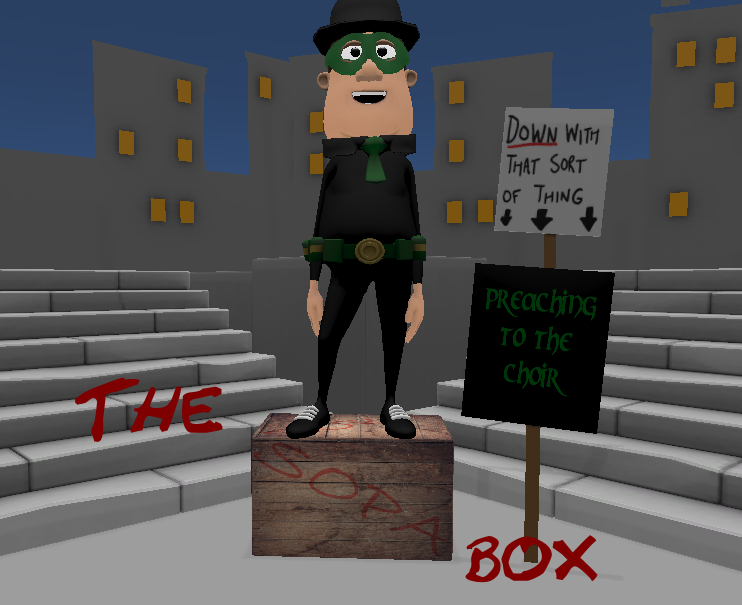 Not that long ago I was on youtube watching some nonsense and, as is normal, an advert popped up. I was sitting there watching it and thought just how useless it was. It was an advert for Call of Duty Infinite Warfare , but not the game no it was for the DLC. I'm not some-one who buys COD every year, I've bought like 2 and still own all of 1 Call of Duty game, it isn't that I'm not a COD buyer that made it useless. It's that I'm not an owner of Call of Duty Infinite Warfare to begin with. Advertising the DLC to me was pointless. At least with advertising the game there is a chance I'd buy it but an advert essentially telling me what else I could pay for on top of the price of the game? I've already not bought the game! 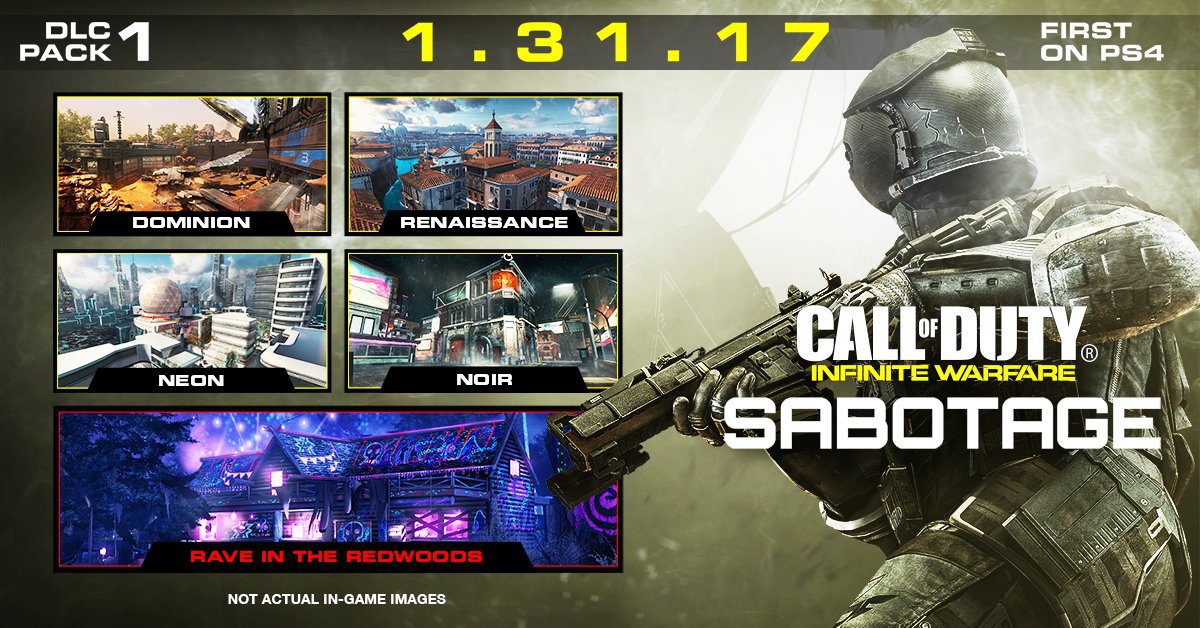 It seems kind of stupid to me that we're now in a video game industry that thinks advertising just the add on content is a smart idea and not a total waste of advertising budget. If it were free DLC, sure that's a selling point for the game, "hey here's this game that's been out a while and here's the free stuff we've added, maybe you might want to buy the game now?" That would do far more to pull me in rather than "here's something else to buy once you've already bought the game". I'm not saying "Companies should give out free DLC" here. I'm just giving scenario where the developers and publishers could work to pull people into a game at a later date. It's entirely possible AAA companies could benefit from just sticking out adverts for their big AAA titles at later dates after the games launch . It would help to remind people of games they may have missed or may have meant to pick up for forgot about. We live in an age where people can go get the game digitally, should they want to, or if they're on PC chances are they will get it digitally. A game has a far longer sales tail now where it can make money for publishers and to put it simply them advertising to the people who bought the game already.

I once heard the stat that only 51% of people who buy the actual game will buy the DLC for a game, how accurate that is these days I can't say, but it does suggest that the market for DLC is actually only a bit over half of that of the game sales. On top of that with AAA publishers pushing Season passes the more hardcore fans will have already essentially pre-ordered the DLC either by buying it or a version of the game with the Season pass or by buying the Season Pass around about the time the first DLC is coming out. The only people who will likely buy the DLC are those who own the game. Meanwhile advertising the game itself later down the line means everyone who didn't buy the game yet is the potential audience for those adverts. 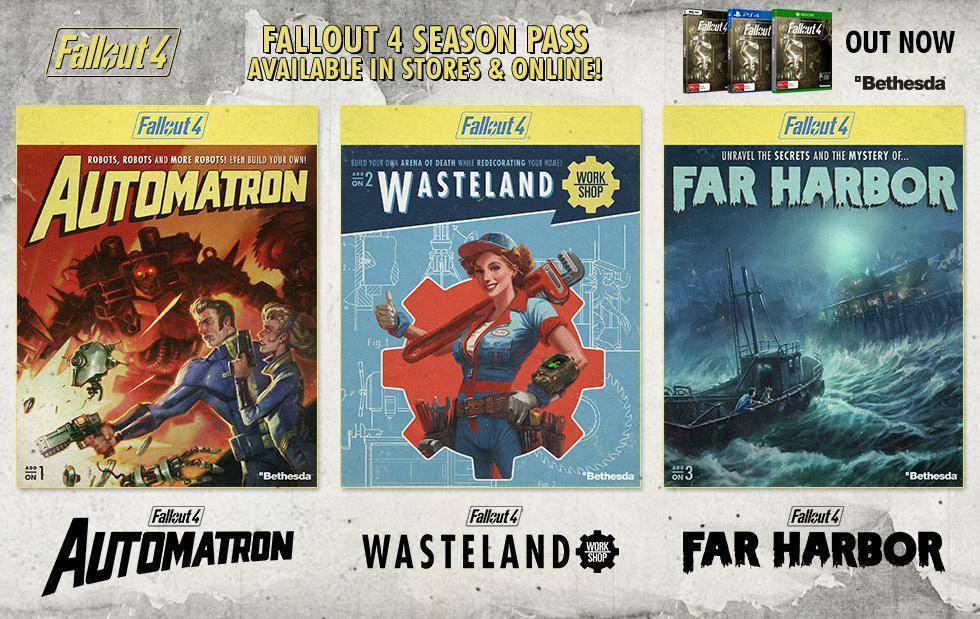 Part of advertising is doing it to raise brand awareness. Down the line, after release, the only brand awareness being generated by such adverts is the added expense for customers, on top of the games price. It makes sense in the case of complete collections etc or definitive editions released down the line being advertised also showing the DLC because hey you're advertising a single complete product people can buy and the DLC people who bought the standard edition could buy too. The DLC on its own though? It's a waste of advertising budget. In essence they're preaching to the choir in the hopes they can get more money instead of preaching to the wider public about it. 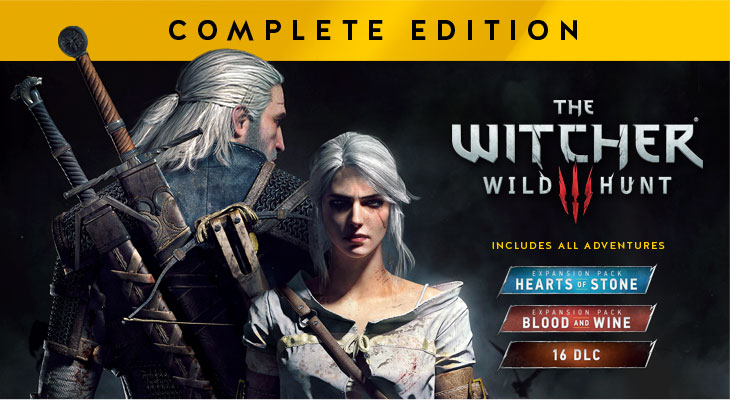 At the end of the day AAA publishers preaching to the choir like this is really just another symptom of an industry slowly being corrupted. With AAA publishers trying to jam the mobile market model into the present market it's causing some very stupid decisions to be made. Just like the death of middle tier games, if AAA publishers can't have all the money they aren't interested. So similarly if AAA publishers can't have all the money from a customer they'd rather not have that person as a customer. They're focussed on the people who will spend most, the whales. Funnily enough this attitude of ignoring anything but whales seems to have even bled over into even advertising games. The Whales, the most zealous fanboys are the AAA's choir, already the ones who will be buying the DLC and singing the praises, so what the hell is the point in telling them how awesome the DLC is when they've already bought the season passes?

Thank you for reading and if this has somehow landed on the desk of some AAA publishing executive. The time is coming where you will have to change and when that time comes THE REVOLUTION WILL BE LIVESTREAMED.

What you thought I was going to go the entire C-blog without actually putting something like this in?