Free to Play: Dungeons and Fighters

I’ve shared my mobile gaming habits on this site before, but my free-to-play hopping ventures go back to before I even had my own mobile phone. When it comes to gaming, I liken myself to an adventurer and explorer, always seeking new experiences to throw myself against. To someone with that mindset, free to play games are a brave frontier, an unexplored land full of equal parts treasure and turmoil. That personal philosophy is every bit as relevant to my gaming tendencies today as it was back then. Only back then, my F2P adventures were centered around PC MMORPG publishers like Nexon and Aeria Games.

Not unlike mobile games, many of these PC MMOs failed to live up to my self-imposed hype. I became disinterested in their grinds, disengaged with their combat, and disconnected from their communities. Similarly to mobile, some of them did live up to my expectations. But one exceeded them by far. In fact, it’s my favorite MMO ever, even if I’ve since played objectively better games like Final Fantasy XIV or Warframe.

This game was once one of Nexon’s biggest titles, only to be dropped by the publisher in 2013. But the game’s original developer, Neople, saw the acclaim and demand their game had garnered in the west. In 2015, Neople revived its global servers themselves, and brought them back better than ever (sans a rougher translation). That’s right, this game was in so much demand, even death couldn’t stop it. It’s not even comparable to FFXIV’s revival, as that game was revamped from the ground up by necessity, while this game re-materialized itself after resting for years in the void.

Let me tell you why I love Dungeon Fighter Online.

DFO is a Korean action MMORPG with beat-em-up elements where classes are represented by preset character avatars with limited visual customization options (Re: if you don’t want to be a carbon copy of everyone with your subclass you spend money or participate in limited events that may get really grindy). I later found out that this is a pretty common trend in freemium MMOs, but at the time I first played, this game’s design struck me as odd and unique.

Since I had limited but precious experiences with beat-em-ups at arcades from my youth, DFO’s explicit invocation of them pulled me in. It didn’t pull its punches on that point. A 2D-but-slightly-isometric plane, “tokens” to revive slain players (yes, these were also microtransactions, but I never felt pressured to actually buy them as I got some for free each day), button mashing and joystick wiggling prompts when stunned, many little details all meshed together to depict the game as an arcade-like experience. But this presentation meant nothing if it didn’t feel like an arcade game. The command inputs defined that meaning, blending MMO skillsets with arcade-like controls.

Unlike most MMOs where all of your skills are executed via keys on a hotbar (which DFO also offers), this game allows every character to use any ability in their arsenal with arrow-and-button command inputs, much like a fighting game. This includes any ability not equipped on a hotbar. Instead of being limited to whatever can be fit on screen, players can execute dozens of abilities as long as they remember their inputs, which are kept relatively simple. Skills are even buffed ever-so-slightly while using command inputs, giving a direct incentive to use them. This makes DFO feel drastically different than the traditional MMORPG, especially in conjunction with the arcade-like framework. Instead of being about memorizing skill rotations, combat comes down to reflexes and executing combos. DFO’s gameplay is more casual and less strategic than most MMOs, more hack-and-slash-like in nature. It’s not without its challenges, but most of them are based around reactions and general skills rather than learning enemy mechanics. This is why I love it so much, as I’m a more impulse-driven gamer who loves the visceral action of hack-and-slashes!

The seriously limited character customization unless you pay always bothered me, but over time, I’ve come to accept it as a fair trade for not locking any gameplay behind any paywalls. Even though there’s very little to do to change your characters on a per-class basis, there are dozens of subclass options in total that each have their own style. The sword-using class isn’t just an ordinary warrior, but a Demon Slayer with a possessed arm. His subclasses involve choosing between making a contract with that demon for power, choosing to become a master swordsman with only one arm, releasing the chains on the demon to cooperate with it, or going literally insane. Yeah, the Slayer is a huge edgelord, but there’s a lot of effort to make each of these flavors of edge a unique option! 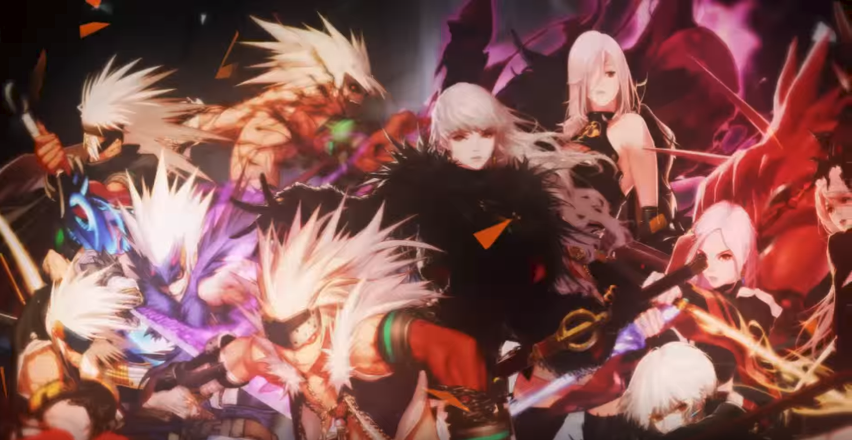 Every subclass focuses in some slightly different playstyle, including whether the character specializes in physical or magical damage or what range they work best at. Yes, every class has both physically and magically focused subclasses. Even the mages. If you boil it all down, they simply amount to different flavors of DPS (and the Crusader as the sole support-heavy subclass, who still has a healthy amount of DPS), but there’s a lot of flavors to choose between with different mechanics and skill synergies to give them little nuances between each other. This is more of a beat-em-up than a traditional MMO, after all. If there’s any oddly specific anime character archetype you fantasize of playing with such as a mage who conjures icicle swords, an axe-wielding zealot of the church, a grapple-based martial artist, or an elven ninja, chances are there’s a class in DFO that fits it to some extent.

Sure, its gameplay is redundant. That was especially obvious to me as I regularly tried out new alt characters on new classes, which was another habit of mine from the time (less so these days). But the pummeling felt too much fun for me to mind how repetitive it was. This was the first MMO I enjoyed so much that I stuck to one main character whom I leveled near the game’s pre-expansion level cap. Even more, once I hit that glorious level 50, I found myself greeted to a mechanic I never knew I wanted so badly in more MMOs… the Explorer Club. This is a game system that incentivizes using alts by giving rewards for each alt you have… once they achieve a certain level. Rather than making and forgetting dozens of throw-away characters, you have to earn the right for these characters to participate in the club. But doing so rewards the entire account with slight EXP boosts, more raid attempts per day, and so on. Yet the coolest reward by far is the ability to set one of your characters as a Supporter, allowing you to summon them for an assist attack with any other character. That’s just awesome! Using your own highly advanced character as an overpowered summon for your ne-

… oh. Oh. So uhhh, while I did some fact-double-checking for this blog, I found out that the Supporter feature was removed since I last played. That’s disappointing. Well, at least the Explorer Club got a bunch of updates that still revolve around rewarding the time invested into building multiple characters. I have a huge soft spot for RPG mechanics where you can raise a bunch of characters but are rewarded for having raised more than you can actively use, and this system helped me realize that. Just that simple ideal of everyone in a big group of heroes mattering in the larger scheme of things, even when they’re not shown in action, is something I rarely saw supported in MMOs at the time. That’s why I get so into such tiny features like this. Dungeon Fighter Online catered to and helped to define many of my tastes in gaming, from broader design philosophies to little quirks. It’s not especially technically impressive, but it’s stuffed with flair not unlike a good Dynasty Warriors game. And I’ve barely scratched the surface, given my main is barely halfway towards the current level cap! I wish I had kept up with it more, but over time, I decided to drop PC gaming in general from my habits.

In between using my PC for so much schoolwork, having a cheap laptop for so long, and lacking a proper ergonomic setup, I’ve found myself more stressed than I should be for playing PC games. I’m just more comfortable playing games anywhere else, hence why my freemium habits have skewed more towards the console and mobile market. But since I’ve gotten a more comfortable setup with a newer desktop, I’ve strongly considered giving a game on this computer another go. And I know exactly what game I’ll choose first.

*Artwork I commissioned by Twitter user kaizer33226, shared with permission