I had meant to write this for last month's BoB. But then time decided to be an asshole and the month ended. So here we stand with me seeing the new theme. Something about a forest. Well guess what, there are forests in this game. 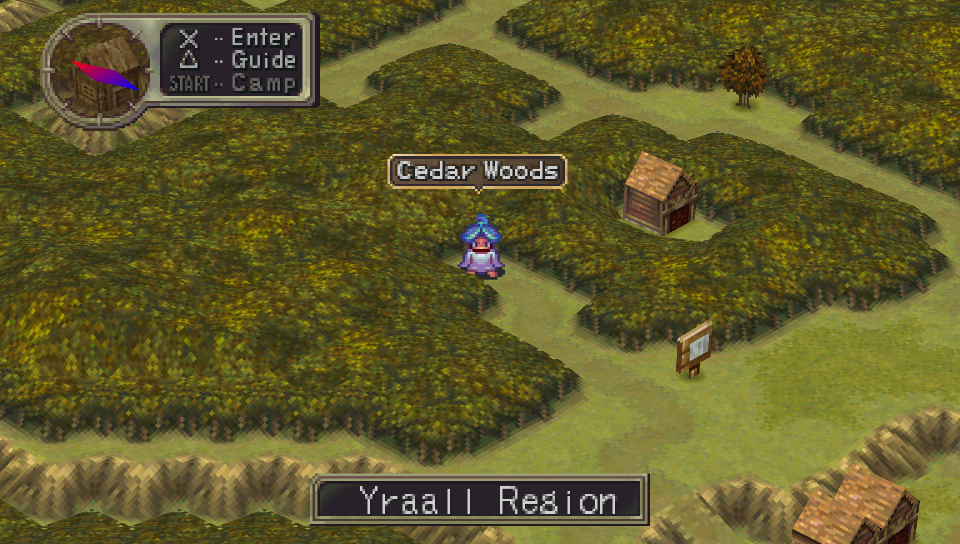 Ok. On with the show.

It was the late 90s when I walked into our local rental store and started looking for the next hit. It was an off-brand shop, usually smelling faintly of carpet cleaner, body odor, and cigarettes. Less so in my 30s, but as a child I had powerful synesthesia. It’s something I don’t think I’ve detailed much in the past but maybe some other day.

I glanced at covers wondering what would hit me. Different sensations carried from game to game. It wasn’t until I stumbled upon a particular box that my body was aflutter with curiosity and delight. Something not unlike vanilla bathed my tongue. 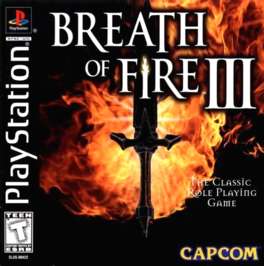 A pitch-black sword bathed in a mysterious fire. The name of the game filled me with questions and an immediate sense of power. I imagined embers smoking out of the corners of my lips. Like most shops, a single box was used to signify their stock and stacked behind them you could find a number of copies to rent. Often that number was 0 when it was Friday. But on this glorious day a single copy of the game waited for me.

I picked it up and took it to my parents. They looked it over, no alarm bells rang, and they rented it for me.

This game was a unique experience for me. My brother had only acquired a PlayStation rather recently. How he had managed to procure it I’ve never asked. The most noble of answers seems the least likely given our income. But I still have it to this day, even if it gets far less use now than it deserves.

I put the game in and following the titillating load screens of the original PlayStation I heard the first song of the game. That title theme music is intoxicating. Decades later I still fall placid at the soft piano keys leading into a roaring thunderstorm. Mirror this with the panning camera detailing an epic journey. I was absolutely sold. I had no idea what this game was, but I wanted all of it.

Silence follows your name entry and a few configuration settings. You watch a few men looking over a mysterious crystal and inside it a green dragon whelpling. These men have the survival skills of a Ridley Scott character and a lifespan roughly as long. They blow open the crystal and a frightened baby dragon burns them to withered husks.

More die as the little dragon journeys through the mines hoping to escape. Stopped just short of killing the mine boss. A mysterious voice begs you to stop and the camera pans to a dragon head that utterly dwarfs everything around it. A moment later you are slammed in the head by a crane.

I sat there wondering what it all meant. Who was I? Where was I? Did I get to be a dragon forever? It wouldn’t be long before those questions found answers. And a general theme of Breath of Fire was unraveled before me.

A tapestry of tragedy. Every moment that you think you’ve overcome and found victory the world delivers another stab to the heart. Sometimes more literally than others. You make friends with a pair of young men trying to survive during a particularly nasty famine. Through a series of events you are left mandated to save the town. Doing so requires that you kill a vicious beast known as a Nue.

You do so, feeling noble in your efforts only to find out shortly thereafter that the Nue was a mother. A mother of children long since dead. Her feral ignorance such that she had been trying fruitlessly to bring them enough food to bring them back to life. Her endless grief nearly killing the entire town.

This sort of back and forth. Victory and tragedy, it never leaves you in Breath of Fire 3.

You try to steal the money from the local corrupt mayor, like Robin Hoods, to help liberate the townspeople from the taxation that is crippling their progress. Once again, a victory, and thus must come tragedy.

In the land of Breath of Fire, there can be no victories without sacrifice. What follows is the first major act of the story. As you repeatedly try to escape the grasp of an incredibly powerful pair of horsemen (a word I use very literally). Each time you think you’ve escape someone comes to great harm, or a trust is broken, or something is destroyed. Every victory away from these two men brings with it the reminder that you can never truly escape corruption or sadness.

I quickly bonded with the main character, the repeated and effortless attempts on his life mirrored my own childhood. I’ve mentioned it before but I’m alive now for no other reason than luck. Ryu is often reminded that his life is worthless to those in power. Kings imprison him, gangsters try and murder him, and even his friends battle their own demons that ultimately bring them to blows with him.

It is only through the luck of his bloodline, the brood, that he survives. Fatal blows stop him only momentarily before the heart of the brood beats once more. He is seemingly immortal and as the game goes on his power seems equally unlimited.

Along your journey you make friends with an incredibly intimidating and powerful man by the name of Garr. He looks like a half humanoid-half dragon. His race is called the Guardians and he seems incredibly interested in you from the moment he meets you. He is, in fact, the one that tells you the name of your race in the first place. He also tells you that the answers to your ills lie in a place called Angel Tower. 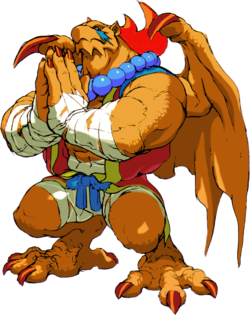 Time passes, you help people, and hurt people, and ultimately reach the tower. It is here where you learn the past of your people. That Garr was created by god and given a singular mission. That mission to wipe out the brood. But this quest befallen to Garr gave him many questions, he never felt like it was quite right, and he wished to prove his misgivings false. He wanted nothing more than for god to be right.

And thus, begins the major battle of Ryu’s childhood. One on One with the most powerful being besides himself on this side of the great ocean.

You nearly murder your friend and escape. To where we do not yet know.

Several years pass at this point. Of the six people that Ryu has met by this point, two appear murdered, one watched their only parent murdered, and another tried to murder Ryu himself. News has broken that the same mine you started in has been infested by a ravenous dragon. Garr sets out to locate Ryu, with the rule that he will only do so if he can bring Ryu with him to a most sacred place.

Just as Ryu’s mind has been ravaged by a heartbreaking revelation. That his people have suffered genocide under the direction of God itself, but that his own friend was one of the perpetrators. Indeed, one of the most successful of the Guardians.

It is not only Garr that cannot let the past die. As your group hears of a feral weretiger killing everyone related to the gang that the horsemen worked for. The answer to seemingly every problem in this world is death and lots of it.

It’s not long after you regroup with your friends that the second arc of the story truly picks up. You head out across a vast and deadly ocean to a new world. The land where god resides. Unlike the fertile lands you began the game in, this new world seems to be on the edge of death. Endless deserts and machines are much more common sights than trees or wildlife.

I remember nearly dying on my trek through the desert. You are given nothing but the stars to guide your way and once dehydration sets in the real challenge begins. As with all pains in this game, it eventually passes, only to be replaced with a new heartbreak.

The closer you get to god the more dangerous the enemies become. The progeny of this long lost techno civilization are vicious and it was not uncommon for me to find myself listening to that calming intro song following one game over after another. But eventually I overcame and found my way to the one that started this whole great sadness.

Myria, the Goddess of Desire and Destruction. One of the first beings you see in the entire game, but don’t yet realize. Which side of her domain you fall strictly depends on how you respond to her and what threat she perceives you. 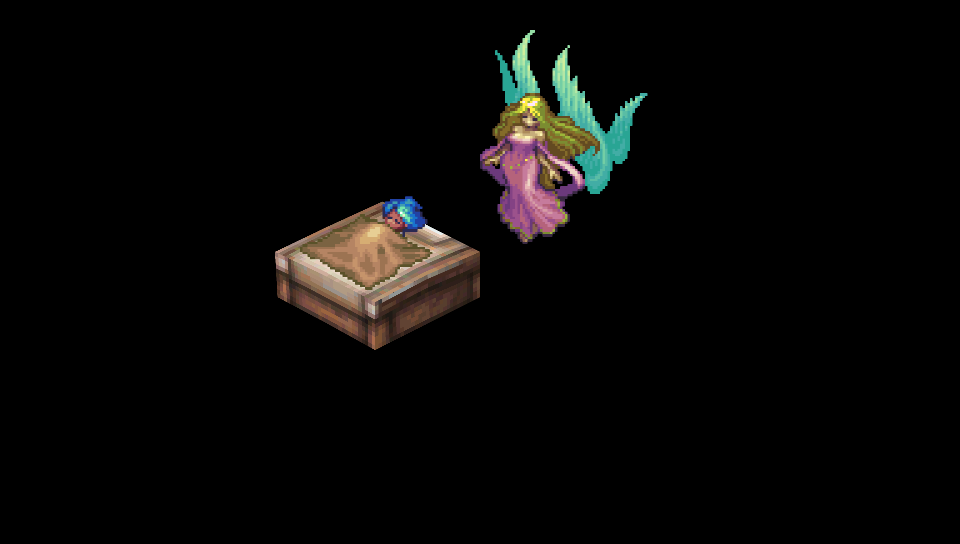 Myria gives you two choices at the end of Breath of Fire III. Both encapsulating the theme of the entire experience. There is no winning when gods are involved. Only sadness.

You learn that this entire time that you’ve been searching for your friends, once believed murdered, that one of them had been captured by Myria. Like you, they were of the Brood. A whelpling who had long escaped the watchful and merciless gaze of Myria. They were given the same choice you were now given. Stay with Myria for eternity, locked away like a zoo animal.

Or stand and fight, against a god, and face possible complete annihilation.

You can choose either of these options in the game. The former of which results in the screen fading away and you learning that Ryu will be trapped there forever. An eternal being locked away to never know freedom ever again. 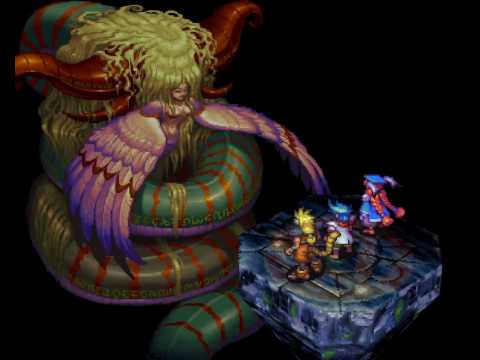 Alternatively, you can choose to battle Myria, as I eventually did, not wishing to be an eternal prisoner. And while I came out victorious against her the game would not simply let me have that joy. I soon found out that the Guardians were intrinsically tied to Myria. They were born from stone and in her death, they would soon return to it.

Garr may have once tried to kill me, but we had since become very close friends. I trusted him more than nearly any character I met along the way. It was in that strange relationship that we found kinship. Watching him turn to stone, his existence wiped away, was a heartbreaking moment for me as a child.

The game ends with you and your remaining friends venturing back home. The mystery of the great genocide behind you and Myria now dead.

I rented this game every single time it was available at the store. It would have been far cheaper for my parents to just have purchased it for me, but I doubt they ever did the math. Each time I played it I found a new reason to love it and each time it gave me joy and sadness in like measure.

I guess we'll end this little slapdash cblog with a fun note about the game. At one point you fight a horseman version of Ultraman. So that's something! 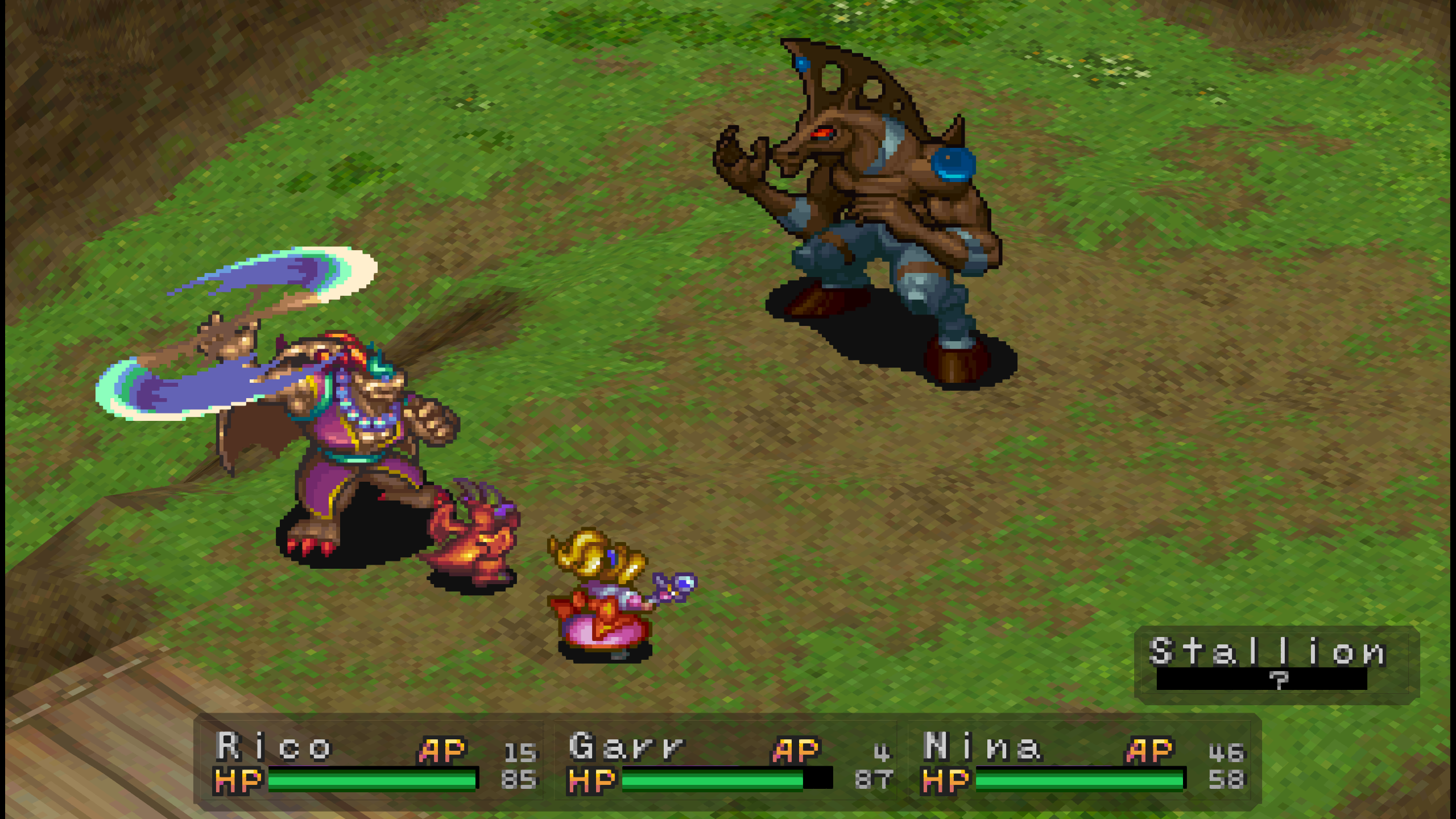