Welcome to the forest.

The sun is high in the sky. The trees -- bushes, more accurately -- surround you. They're not that tall, but you are even shorter. They don't even leave a shadow in which to rest. The tunic you're wearing is getting wet with your sweat and starting to stink.

The trees look like an overzealous forester had planted them. They're so close to one another that trying to squeeze past them wouldn't work. They're also planted in such a rigid pattern that the unnaturalness of it permeats throughout the forest.

The trees are all brown, but maybe not quite dead. Yet. An unfortunate camper should be careful lest they light up the whole forest. There are no fire lookout towers here, which should raise a major question of what the current regime's environmental agency is.

The tree fails to catch fire. Maybe the leaves have a natural fire retardant?

You swing out your sword at a tree. The sword breaks, giving the tree a win and you some metal shards and a sword handle. If you hadn't got it for free, you'd be asking for a refund.

These crossroads are starting to look alike. All the trees look alike. It's more than them being clones, since the phenotype is determined only partly by the genes. Curious. Curious indeed. 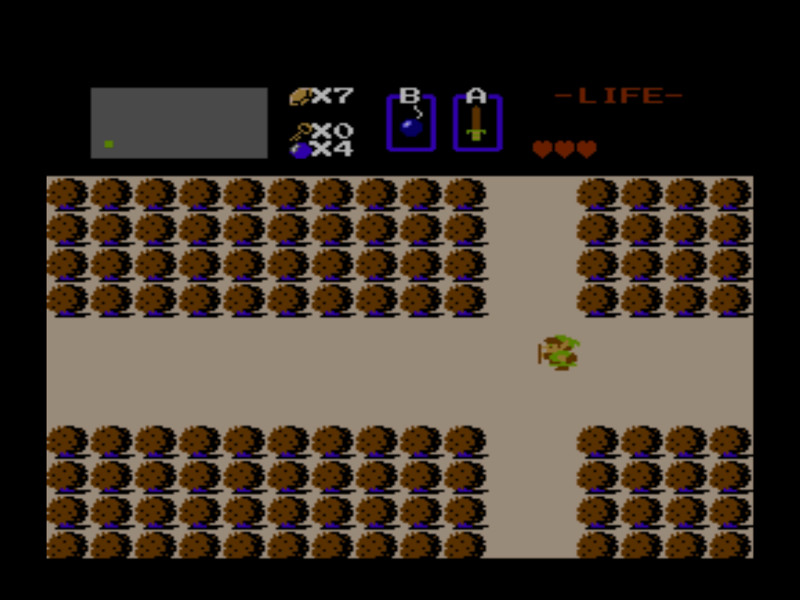 To your surprise, you step out of the forest into a clearing. There's a brat with a mask dancing on a tree stump ahead of you. He points to a crude drawing board titled "HOW TO RECOGNIZE TREES FROM FAR AWAY"

You can go north and east.

The board has an image of a tree. The subtext says, "A larch."

The masked menace jumps up and vanishes in a flurry of leaves.

The bush-like trees give way to a lush forest. A jungle, even. The humidity makes the heat worse. The tunic smells even worse now, but that's also because as you ran through the thicket, your arms and face got bleeding scratches. And some of the bushes have really stinky sap.

You can go north.

The jungle gives way to an open area. The insects are buzzing about, not bothered by your stink. If anything, they're overeager to dine on your blood.

Now that you're in the open, you can appreciate how well-defined the border between the forest and the savannah is. It's as if the ferns and palms are pushing to an invisible glass. That, and the dense wall of greenery on the other side, makes you think if this is another type of greenhouse effect. Probably not. 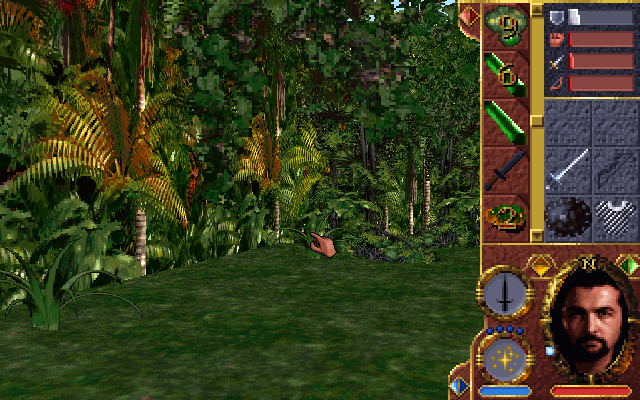 A palisade appears in front of you. The gate to the inside is closed, but behind the wall, you can hear angry hissing noises. A sound of a horn comes from the east.

There are many cat people scrambling about, not paying attention to you. And some two-headed jaguars that do not look the least bit friendly. Without a weapon, you're better off avoiding the latter, so you back off.

You are back in front of the palisade.

There's a wooden sign here, next to a hollow tree stump. A paved road goes from south to north.

"How to recognize trees from far away, number 3: the larch."

There's a long straight path ahead of you. With the unexplained intuition of a narrative, you know the grandma's house is at the end of the road and that you should follow the path.

The paved road vanishes in the south.

Grandma's house in the distance comes closer. The trees next to the path are pretty sparse, with various collectibles spread between. There's something in the forest.

The house is closer. The paved road to the south isn't in sight any longer. There's something in the forest.

The something that was in the forest were the trees that make you lose sight of the path. Collectibles litter the ground. 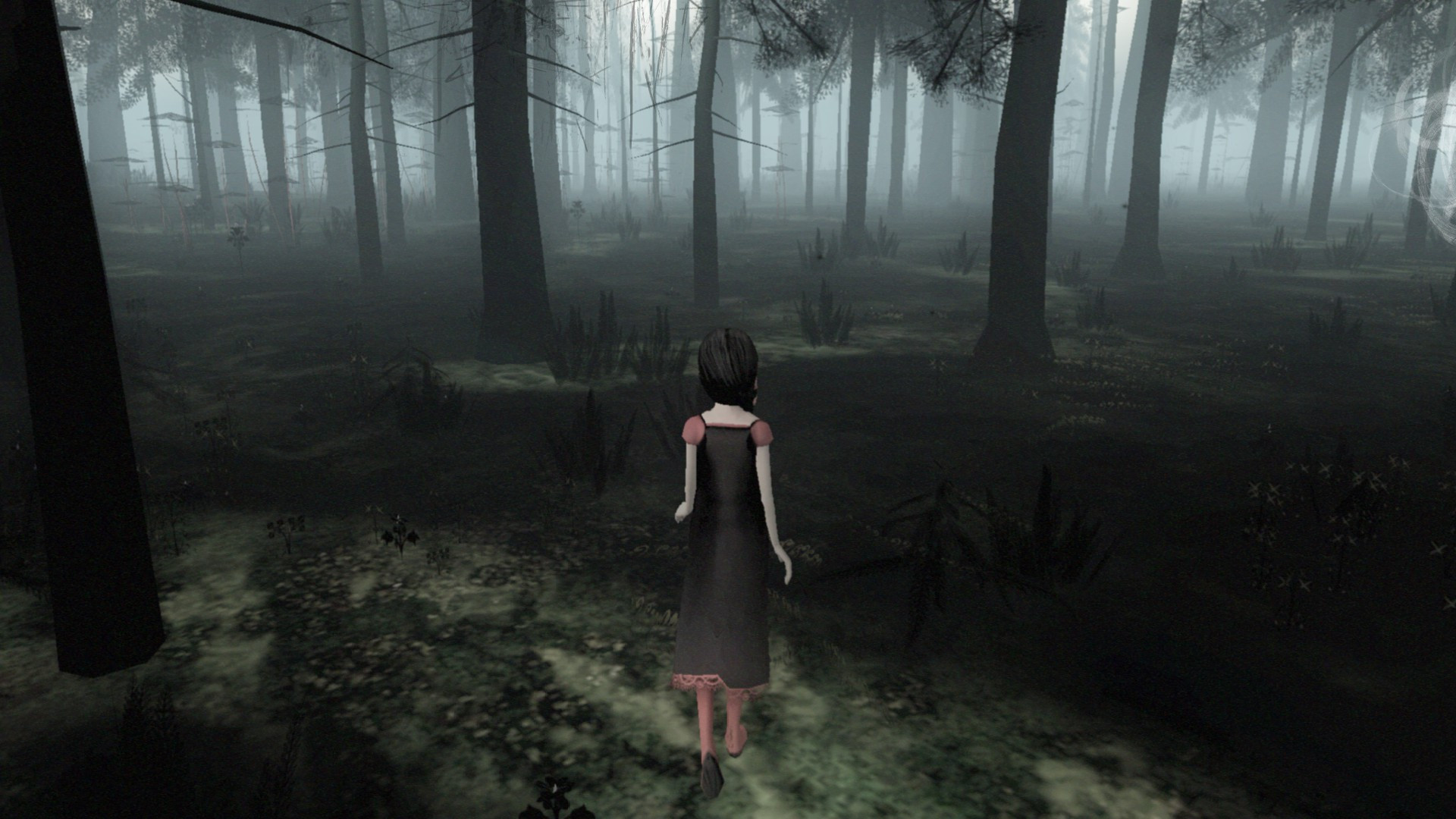 There's a sign, with text scrawled on it, struck in the ground here. The collectibles litter the ground.

The sign has an image of the Spanish Inquisition. You hear a crack from behind you, and just as you turn around, you see the kid from earlier, except now they're wearing a wolf mask, wearing a red cape and wielding an axe next to a mighty Scots pine. The pine is, crucially, missing a part of its trunk as it falls towards you. You absentmindedly wonder how you hadn't heard of the tree being axed. That is also the last thing in your head before your face and chest become intimately familiar with the bark of the said tree.

Welcome to the forest.

The sun is high in the sky. The trees -- bushes, more aptly -- surround you. They're not that tall, but you are even shorter. They don't leave a shadow in which to rest. The tunic you're wearing is getting wet with your sweat and starting to stink.

Explanation: This blog imitates the input/output of an old interactive fiction interpreter (with screenshots as random extras), or a text adventure if you please.