Band of Bloggers: Not Seeing the Forest for the Trees

Imagine walking along a vast, open field. Luscious greenery. Chirping birds. The scent of pines and oak, a verdant woodland in the distance. The glare of a warm summer sun.

It is a scene so picturesque and beautiful that you find yourself lost in its majesty, wishing that you could be there. To feel what your senses are telling you. The forest beckons...

You see a white rabbit scurry past, and it looks at you curiously before running away.

"Where did the white rabbit go?" you ask, and the people point the general direction that the creature scrambled off to.

You behold a mastercrafted weapon. A sword whose edge sings of death; an axe bleeding red and silver; a crossbow that fires lasers? A Gjallarhorn? A BFG? Wait... what?

As you bring your weapon to bear, the white rabbit darts past you like a blur... and you flail your hands wildly to catch it.

And just like that, the your vision is flooded in the deep blue of the ocean - along with the words - 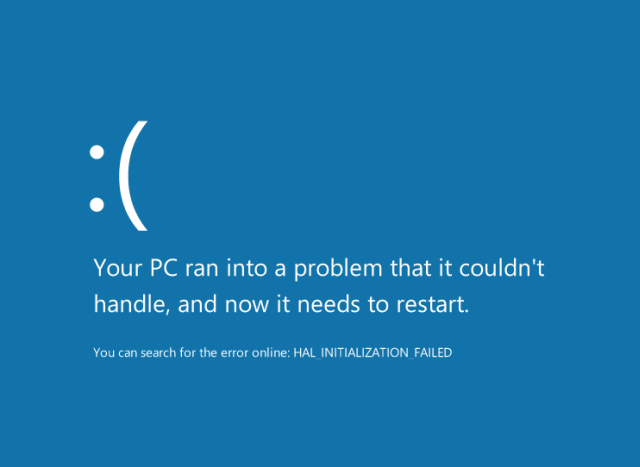 'It's not just my PC that can't handle all this shit! Grrr!'

What you’ve just experienced is a crash. And gosh dang it - you were already so immersed in the game... and the forest.

And so you do what comes natural. You open that fiery fox, or that fruity walkabout, or, heaven forbid, the traveler of cyberspace - and you Google a gaming forum and you type the following:

'The controls are unintuitive and the interface is not what I had expected, it should be improved so as to make the user experience a lot better.' 'GRAAAAAAAAAAAAAAAAAAAAAAHHHHHH!!! WHY DID YOU MANIPULATE ME INTO BUYING THIS? YOU LIARS!' #BADGAME #TOTALLYCANCER #LEGITWORSTGAMEEVER

Now to be fair, you probably won’t do that for just one crash; maybe for two, or three, or four - while copying the log to report it, not knowing what caused it, and why your machine could not run the game even though it’s so advanced it can beat Space-X to Mars.

It’s not limited to crashes, but glitches or bugs, lagspikes, or framerate stutters that can happen from time to time.

The moment a perfect, scenic, and awesome experience becomes marred by a complication in the code, or your Mars Machine TRX-9000 burning itself out - we gamers are quick to lash out about how our experience has been ruined, and we might as well refund the game or put it in the garbage bin. 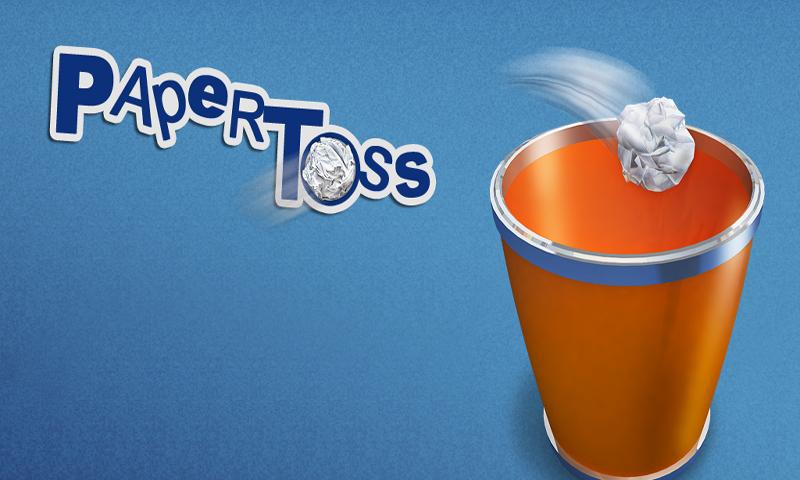 Above: A game about tossing stuff in garbage bins.

This is especially true for AAA-titles where the average gamer expects a lot of polish - this works for some games, and not so for many others. Bugs in the software, network/server issues, and every technical problem in between will exist at one point in time.

The consumer in us stamps its foot, taps its fingers, asks for the manager, and gives representatives a stern talking to - all because a product did not work as advertised. ie. “Why did the developers not advertise that this game will have bugs?” - an argument once presented to me by a fellow gamer.

Others, meanwhile, whether they’re addressing a small studio or a giant corporation, are quick to simplify bugs/crashes in games in the most hackneyed of statements and analogies: 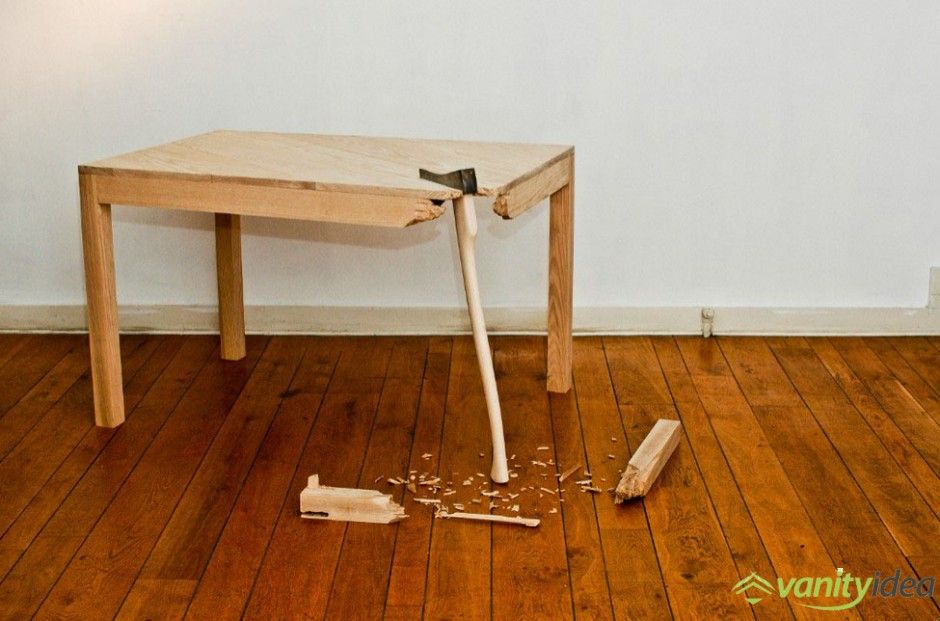 Above: Game development in a nutshell according to internet forums.

Gamers are quick to that angry trigger finger if we experience these negative instances that break our immersion, that we feel the need to share this with others.

With social media and other online platforms like forums - consumer reviews, slanted opinions, and online comments have become more powerful than before..

Conversely, remember back in the 80’s, 90’s, and early-2000’s - before social media ensnared everyone and the internet gobbled up reality? How did we treat these mishaps in games?

We either refunded them - and some would be found in a landfill in New Mexico..

Or we just screamed “NOOOOOOOOOOO!” at our tv screens.

Then we played again. 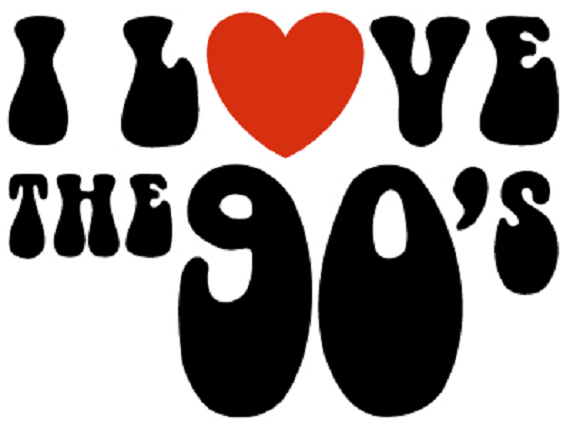 I once lost an amazing run in Contra when the game froze.

A perfect run in Megaman X went down the drain when the SNES magically turned off.

And a 160-hour playthrough of Final Fantasy 7 (with a Gold Chocobo and Knights of the Round) disappeared into oblivion when my save file got corrupted. I was fighting mobs in the Ancient Forest, by the way.

And then I picked myself up, dusted myself off, or blew inside the cartridge... and surprisingly pressed "Play".

Remember when we thought virtual reality would be the future and we all looked forward to it - only to end up with the disappointment that was the Virtual Boy?

Now we've got virtual reality, twenty years later - we're playing games while looking like Cyclops, and our hands' movements allow us to interact with the world, and immerse ourselves in ways we've only dreamed of.

And then moments later we'd criticize the icons and interface, or, you know, 'how it's not enough; it's a 7/10 at best'.

Above: A face filled with awe and wonderment; just replace it with anxiety and nitpicking for added realism.

That's not to say we shouldn't be critical of the issues we experience in games, far from it.

Rather, it's to point out that the more we concern ourselves with these issues, we're forgetting how far gaming has come. We forget how we used to react when we experienced technical flaws and certain platforms were not available for us to air our grievances.

Today, we're less concerned about immersing ourselves in a game; more like we're immersed in our concerns about a game. 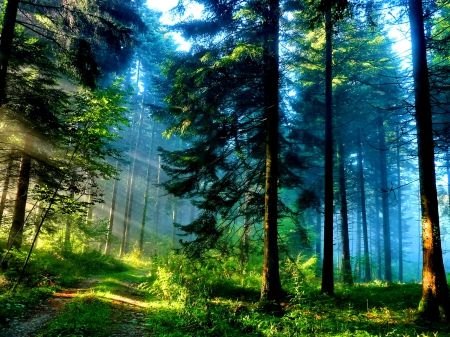 Not pictured above: Elusive white rabbit

And so with this month's Band of Bloggers theme on trees, forests, and stopping to smell the roses...

This in a way signifies how we gamers 'no longer see the forest for the trees'.

This is defined under the Cambridge dictionary as:

"Being unable to get a general understanding of a situation because you are too worried about the details".

And this works in several facets of gaming cultures - whether it's our reaction to a minor bug, a crash, framerate, shiny pixels, up to unrealistic demands and expectations.

We're too obsessed with the details in making a perfect game that we're essentially chasing that white rabbit through a forest, and not stopping to look at our surroundings.