I love fast food. I was raised eating in about 6 days a week. I still eat it multiple times each week. I have a lot of thoughts and feelings about it and I wanted to ramble to you about it. I'll just list off a bunch of fast food places and give you my thoughts on them. Are there any I missed? Ask me about them below! Also, feel free to tell me how wrong I am!

I love McDonald's. McNuggets are awesome. The new chicken strips are alarmingly good. I thoroughly enjoy a Quarter Pounder with Cheese, though i scrape off the pickles and onions. Their breakfast is excellent. The best thing about McDonald's is the fries. They're perfect. Literally perfect. You cannot produce an all-around better fry. It cannot be done. And, contrary to the ridiculous In-N-Out, they freeze the fries. They cut potatoes, blanche them, quick fry them, and then blast freeze them. They are shipped to store and fried again. The freezing of the fry completely changes the texture and McDonald's has it perfect.

The best fries in the world used to be at Disneyland. They used to have McDonald's fry stands. They were carts around the park that made only McDonald's fries. You'd get them right out of the fryer. Absolutely divine. Sadly, these no longer exist in Disneyland. 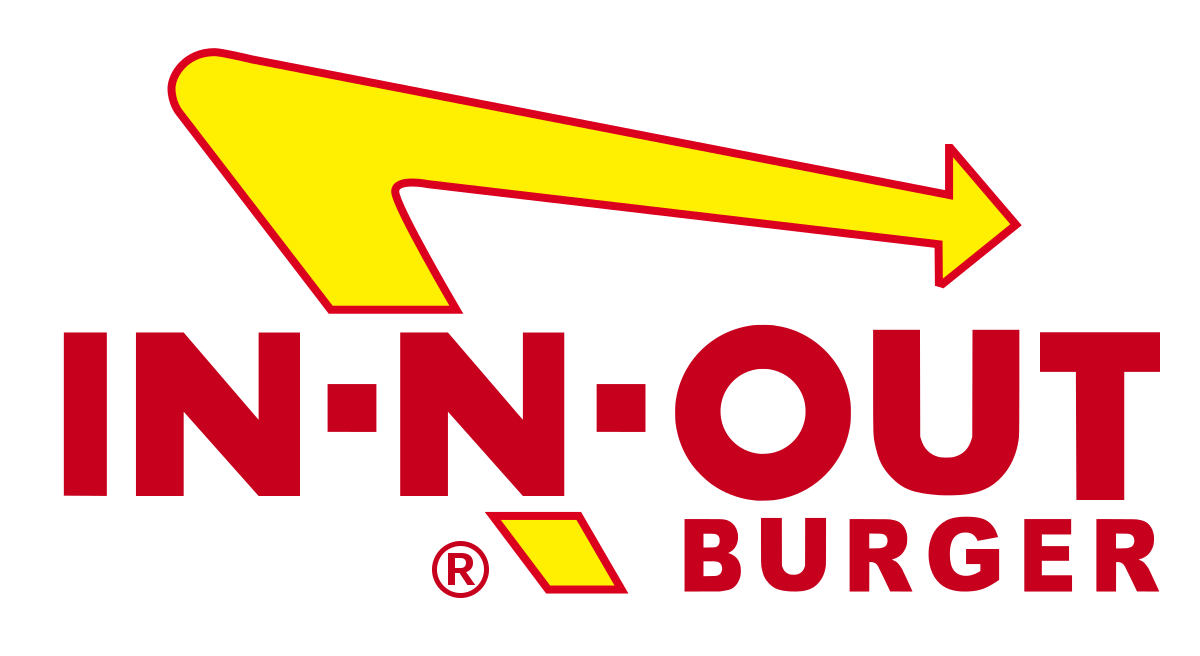 Shots fired above, I know. And I meant it. In-N-Out is the most mediocre food. The biggest problem are the fries. Visually, they look remarkably similar to McDonald's. But they taste like cardboard. They aren't frozen, which is the first problem. But that isn't the only problem. Any fool can slice a potato, drop it in oil, dry it off and salt it and have it be delicious. But In-N-Out does'nt do that. I don't understand how they can fry a potato and have it come out so bad. The burgers are unremarkable as well. And before you ask, yes, I've had the burgers and fries Animal Style.

I really like Wendy's. The 4 for $4 is the greatest value in fast food. Nuggets are lovely. Junior Bacon Cheeseburger is great. Their burgers on the whole are rather flavorful. As a kid I was addicted to the Spicy Chicken Sandwich (as an adult I've learned that their chicken sandwiches are overcooked, so I don't love them like I once did). It's cool that they offer baked potatoes. Chocolate frosty is great (and yes, I'll dip fries in it). The fries are quite good as well. Unfortunately, all of the locations near me suck. They are filthy, they get my order wrong, and they can't even properly construct a Jr. Bacon Cheeseburger.

I didn't realize that the symbol is a cowboy hat until I was 13.

I crave Arby's. The roast beef is so tender, juicy, and thinly sliced. I drench it in Arby's Sauce and scarf it down. I love curly fries. The rest of the menu is really hit or miss. I do like the Chicken Cordon Bleu sandwich. The sliders are decent. They always have limited run items, and they're often good. The biggest problem with Arby's is that they can't leave their menu alone. If you find an item you like other than roast beef, they could have it for years and then take it away with no notice. When I was in my early teens they had this ham and cheese sub sandwich that was just decadent. I always ordered it. But then they took it away. When I was about 21, I had a massive craving for Arby's for a few months. I ate there 2 or 3 times a week. Couldn't stop. Don't know what the deal was. Maybe I had a vitamin deficiency. I still want Arby's all the time. My wife doesn't love it though. So we eat it maybe once a month, if that.

It's a good thing I'm not a stoner, or I would spend every spare dime I have on this place. It's epically salty and I couldn't be happier about it. When rating mexican authenticity, I put street tacos on one end and Taco Bell on the other. They are the least authentic thing ever, but that's okay. They are innovative. Look at the Crunchwrap Supreme. They took the tostada, which is one of the most inconvenient goods to eat, and transformed it into something I can actually eat while driving without spilling or making a mess. And the Cheesy Gordita Crunch is basically manna from heaven to me. I also really liked the Nacho fries and was pissed when they took them away.

Why would you eat here? This is the worst part of Ironman. He gets Burger King after being abducted by terrorists. Why? Burger King is trash. Don't eat at Burger King. The food is unpleasant in both flavor and texture.

If you refuse to eat at Chick-fil-A because of the political and/or religious beliefs of the Cathys (the family who owns the company), that's cool. You do you. But you are missing out.

I adore Chick-fil-A. I could eat it 5 times a week, legitimately. I actually worked there for about a year in college and that only made me love the food more. I saw how simple and pure the food is. How tight the quality control perameters are. How dedicated the cooks and service staff are. I only love the food more after working there, which is astounding. How often do you hear that from a person after they've worked at a fast food place? Not often.

The chicken sandwich (especially the spicy) is beautifully seasoned and cooked (making Wendy's look terrible by comparison). Nuggets are great. Strips are good, if small. Wrap is good. Lemonade is solid (heh). I'm really not fond of the grilled chicken, personally. The marinade is weird. And the waffle fries are amazing. The second best fries out there. So much surface area. They get so crisp and make a marvelous vehicle for sauce.

I'll quickly mention the variety of sauces.Chick-fil-A sauce is great on fries (and everything). Ranch is for nuggets and strips. Polynesian sauce is for the sandwiches. BBQ and Honey Mustard are mediocre. Buffalo is disgusting (I say that as someone that really like buffalo sauce).

This is where I go to get fried chicken. My usual order is a combo with 5 spicy tenders, mashed potatoes with cajun gravy, and raspberry ginger ale to drink. They do naughty things to their chicken. I don't know what it is that they do, but it must be naughty in order for the chicken to be so juicy, tender, and flavorful. The biscuits are salty in the best way. Their Blackened Ranch is the best ranch sauce I've ever had anywhere. I will say that Popeye's has a problem where you can get varying quality depending on the location you go to. They could stand to tighten up quality control.

Heartburn city. This place makes me so sick, usually. I get it very rarely. They've really gone downhill. Their locations are always filthy, even on the exterior. Their marketing is the worst in the business. And their chicken sucks.

The Macaroni and Cheese side is craveable though. I'll give them that. I also recently tried a Georgia Gold sandwich in a $5 fill up box. The sandwich was decently juicy. But it was  not flavorful, and there was too much bun. It was served with potato wedges. Why? The potato wedge is literally the worst variety of french fry. It is a big, limp slab of flavorless potato. It's only crispy if it's stale or burnt. Don't make potato wedges. Just make fries.

Everything you get at Subway tastes like Subway. Doesn't matter what bread you get. Or cheese. Or meat. Or veggies. Or condiments. It just tastes like Subway. And it's not a great taste. Worse is the smell. If you're in the restaurant for more than 5 minutes, you will smell like Subway for the rest of the day. Get a sub somewhere else.

Speaking of which, Jimmy John's makes a good sub. And their delivery really is freaky fast. I would order them for deliver often in college. A couple of times I timed it. From the time I clicked Submit Order and the time they knocked on my door, 10 minutes. Get my custom order, carefully make my sandwich per my specific instructions, drive to my complex, locate my apartment, and knock on my door. All in 10 minutes. Amazing.

This is the best chain sub shop around me (best I've ever had is Planet Sub, but they aren't in Utah). Excellent hot and cold subs, with fresh bread. Great wraps. Wonderful desserts. If you like a sub sandwich, go to Jersey Mike's.

We don't have Hardee's out here. We have CJ's. I have eaten my weight in Western Bacon Cheeseburgers. It is THE best fast food burger on the market. The Breakfast Burger is almost as good. Sadly, most of the rest of the menu ranges from crappy to serviceable.

I don't like Sonic. It doesn't have good food. It does have tots though, which is always appreciated. And the slushees are good for the price (especially during Happy Hour).

Panda is the Taco Bell of Chinese food. It isn't authentic. I also don't like it. They are fast, and the orange chicken is good. But they're pricey and bland. You're better off getting take-out from your local family owned place.

That's all I have time for, which is probably a good thing. This went overly long. Let me know your thoughts, questions, concerns, snide remarks below!