Ni No Kuni 2 Review: Unchallenging In a Stardew Way

Well the weekend is over and I spent mine wrapping up an engrossing 80 hour romp through Level 5’s beautiful Ni No Kuni 2 on the Playstation 4. I have to admit that while I am a big fan of both Studio Ghibli and Level 5 as creative powerhouses, the passive battle system and pseudo-pokemon aspirations of the first game did not really appeal to me and left me feeling somewhat bored as a game, despite how much I loved it aesthetically. I did not end up finishing it.

As a result of that experience, I went into Ni No Kuni 2 very cynically, but I warmed up to it right quick, and by the end it had made a convert out of me. There are definitely a handful of issues with Ni No Kuni 2 that one could criticize (and I will), but there is also a lot there to love for the right kind of player. More specifically, the lovable parts were everything I have come to love and expect from Level 5’s unique approach to JRPGs since I first sampled their wares with the undying classic Dark Cloud 2 (it’s still great!!!) on the PS2.

Whereas most JRPGs focus almost exclusively on their battle systems and skill trees, Level 5 tends to get wild. Level 5 is that company that says, “Let’s have combat in there, of course, but why not also real estate (Dark Cloud 2)? Let’s have a fishing mini-game, yes, but why not also let the player care for the fish like neopets and let the fish fight each other in a tournament bracket for prizes (Dark Cloud 2)??? What if instead of fish who fight, it was bugs who play chess…(Rogue Galaxy)?! What if instead a crafting system where the player selects two items and presses the OK button for a new item to pop out, the player instead had to solve a complex logistics puzzle to engineer the factory that would mass-produce the item for all of the world’s item shops (Rogue Galaxy)??? What if every dungeon you have already completed could be revisited and now it’s a golf course (Dark Cloud 2)?!?!” 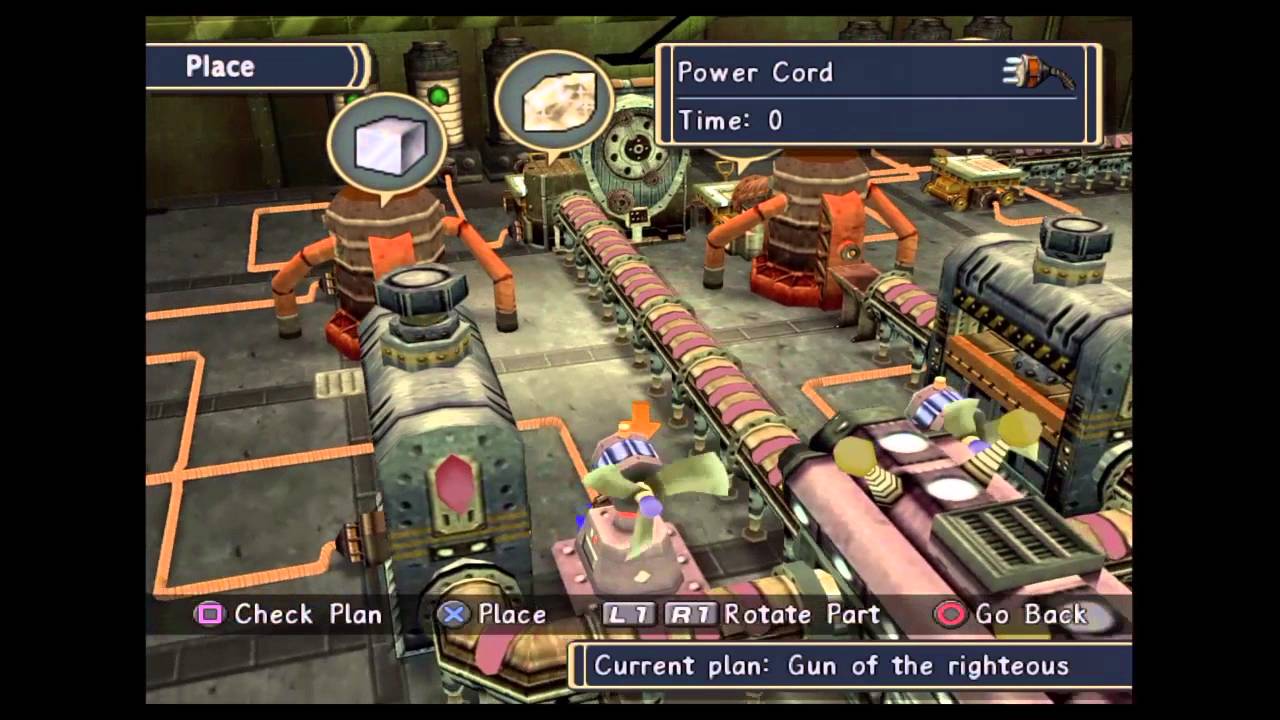 With Level 5’s ability to bring such bonkers and off-the-walls fresh twists to their JRPG design, I really don’t think there is any reason for them to resort to doing the pokemon thing. There is no other company out there that does JRPGs the same crazy way that Level 5 does them, and I think that is enough to keep my wallet out for them.

That being said, my primary criticisms of Ni No Kuni 2 are pretty easy to state succinctly: 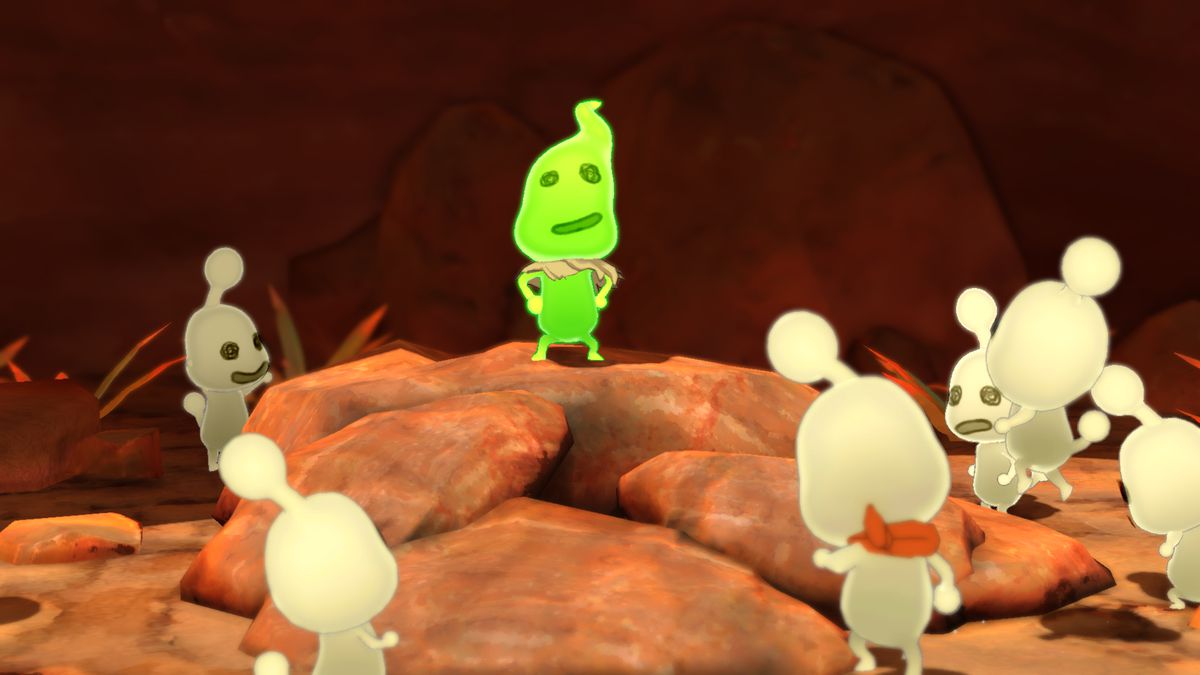 Excluding tiny nitpicks, that’s about all I’ve got for major grievances. And while I finished the game still very  much feeling those last five criticisms, I actually ended up reversing my opinion and not really caring about the difficulty criticism at all. It’s still completely true that the combat is not especially challenging at all, and yet by the end of the game I found that I actually didn’t care.

I didn’t care because what I found was that the game had so many little ideas rolling around in it that it just kept me very satisfyingly occupied. The comparison that came immediately to mind was Stardew Valley. Technically, Stardew Valley is an almost completely challenge-free game. (Fishing haters are free to curse and swear here, even though they are wrong.) Stardew is unchallenging on purpose. It is meant to be a game that is fun and yet low-stress and relaxing. When you are tilling and planting and watering the grid squares on your farm, you’re not gritting your teeth at the challenge. When you’re deciding how you’re going to spend your time this month to make sure you check off all of this season’s items at the community center, you’re not perched hawk-eyed on the edge of your seat. When chopping down trees in the forest to collect enough wood for that next house upgrade, your palms are not sweating all over your controller. And yet Stardew is selling millions of copies on every platform and is one of the all-out smash successes of the year. Does this not raise the question as to whether challenge and difficulty really matters in every case? It seems like an especially relevant question in the current games climate where PREPARE TO DIE IRON MAN PERMADEATH EFF YOU DIFFICULTY seems like a very in vogue bullet point for a game’s catalogue description. 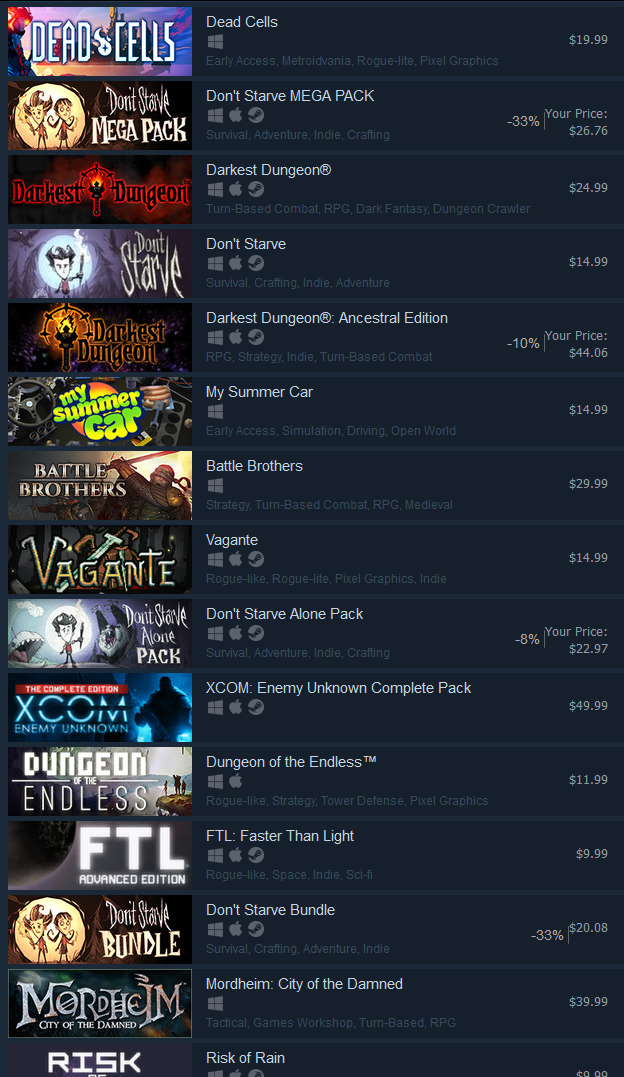 Let’s be clear, though, that Stardew is like that on purpose. It was specifically and intentionally designed that way. In Ni No Kuni 2’s case, I think it is probably not entirely on purpose--especially where combat is concerned. But even so, I found it satisfying in a similar way.

Much like Stardew Valley, Ni No Kuni 2 features a wide variety of interlocking systems that, for the right kind of player, will keep you playing just five more minutes, just five more minutes, until 4am, purely on the basis that it always feels like there is something you can be doing. It always feels like there is some goal or task you are just on the verge of completing.

In any other JRPG, my goals might be to level up the characters in my party to the next level before bed, or get the newest loadout improvements before bed, or complete the current chapter or boss before bed, but it’s usually not much more complicated than that.

In Ni No Kuni 2, I have all of the above to worry about, but I also have a kingdom that I am trying to build. 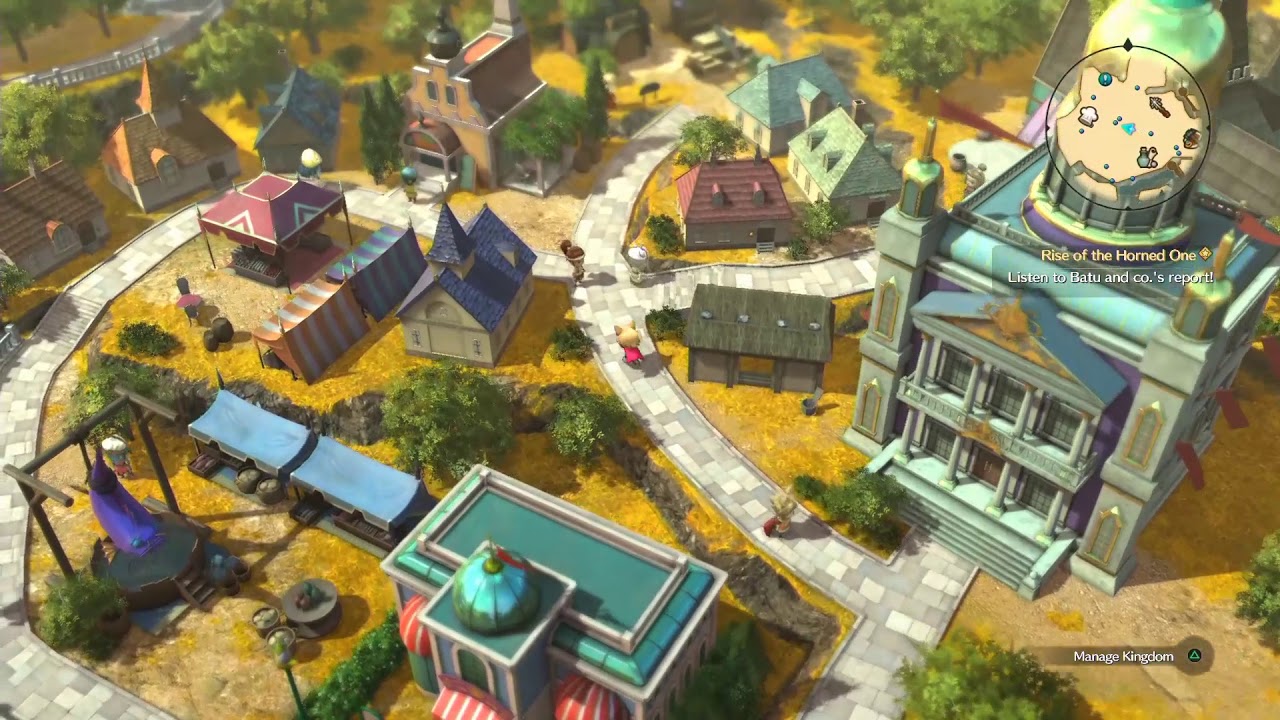 That means raising the government funds (Ni No Kuni 2 actually distinguishes between your private funds and government funds---ne’er the two shall meet!) to construct new buildings or purchase upgrades to them. It means hunting down and recruiting over 100 NPCs to come and live and work in your kingdom, which improves your income and makes new gameplay upgrades possible. (Of course many of them need a favor from you in order to be persuaded to join your commune, so of course you need to check those off as well.) Some of the recruited NPCs are capable of doubling as generals for the “skirmish” mini-game that simulates army-level combat instead of party-level combat. Your generals are also capable of leveling up, and you’ve got like ten of those now, each with unique combat specials, so of course you need to grind some skirmishes.

Oh, and you just remembered the dream mazes! You still have three dream mazes to complete! Where were those hidden again? And say, if you haven’t visited the higledy playground lately to cash in all of those “useless” pebbles you’ve picked up for permanent stat increases on your characters, then what are you even doing? Oh, the researchers you assigned to research the “spring lock” spell just got done and now you can unlock blue chests? Well of course you need to assign those NPCs to new research and then scour the world for all those locked chests you’ve been having to bitterly pass up. 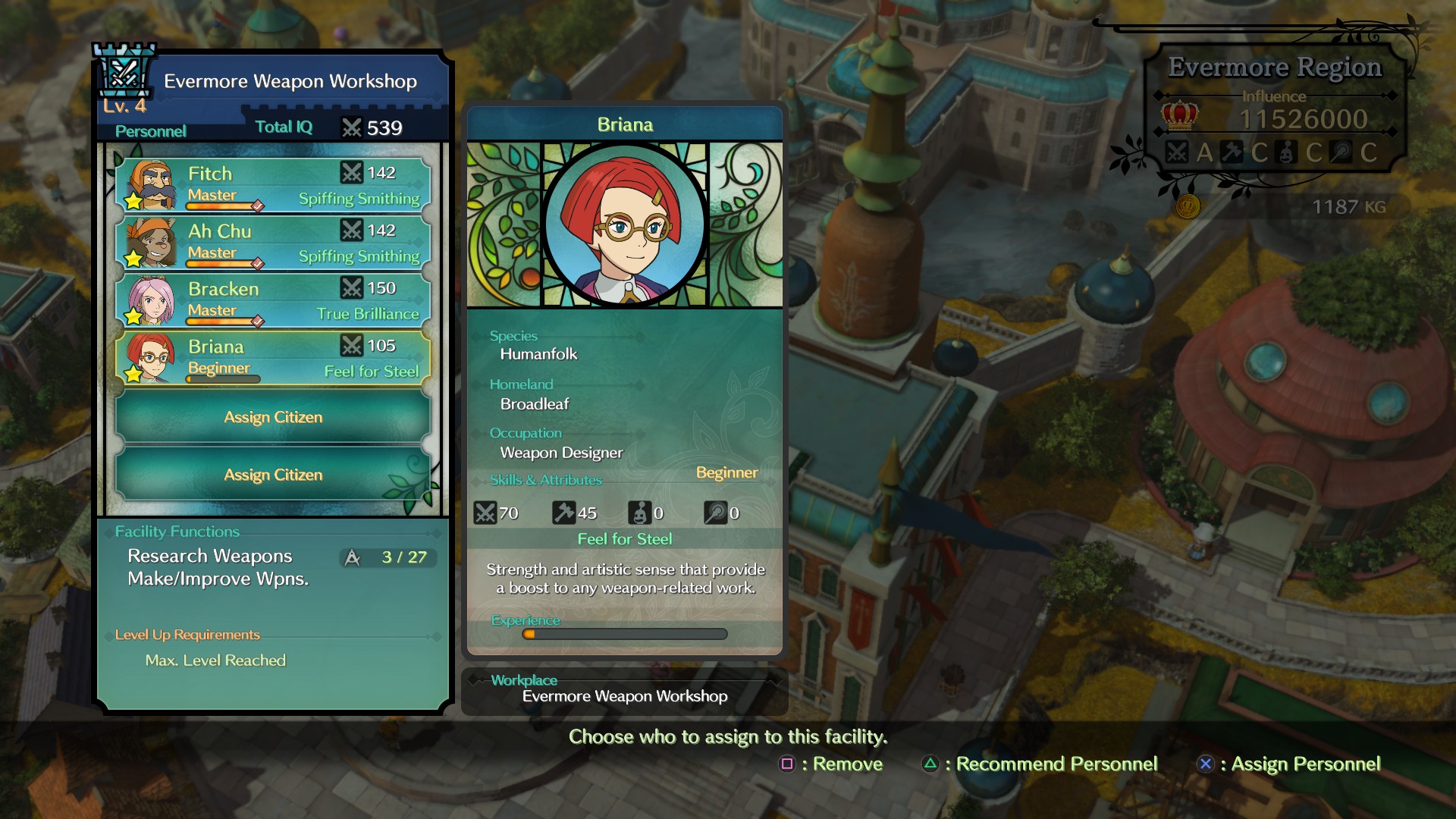 You see what I mean? Sometimes a person doesn’t necessarily want a game that will trial them by fire or make them sink or swim. Sometimes a person just wants a pretty little world to live in with plenty of activities to do there. That too can be a path for a game. I still remember one reviewer from years ago, in a review for Rogue Galaxy, describing Level 5’s games as “activity books for RPG fetishists”, and the description has stuck with me, because I think it precisely describes what Level 5 does so well with their inimitable approach to the genre. They make activity books. Beautiful and colorful and living activity books. And you know what? Bless ‘em. I want them. Are they always perfect at sticking the landing on every little idea they stuff in there? Nah. But I don’t want them to stop for one second. I don’t want to live for one second in a world where the only thing I can do in a JRPG is fight monsters. No thanks. I choose Level 5 bonkersville. 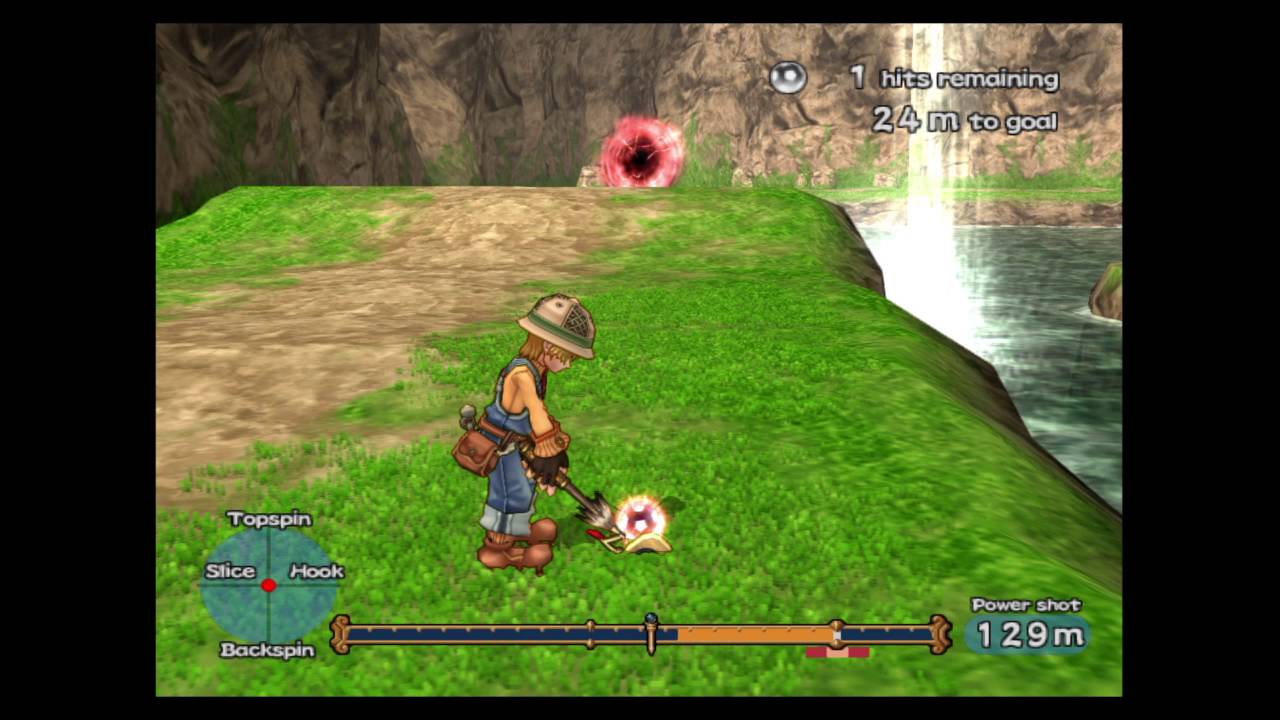 TLDR: If it is a finely tuned and challenging combat system you are after, then you will probably be better served by another game. But if you are looking to be immersed in a colorful and stylized world with a variety of activities to do and toys to play with, then Ni No Kuni 2, not unlike cheerful Stardew, might just tickle some of your fancies.

In conclusion: Give us Dark Cloud 3.