Wait LaTerry, didn't you say you were going to play Angels with Scaly Wings for this Band of Bloggers?

Shut up. Yes I did, but a lot of things led to that not happening. I have played the game, and got a little ways in it, but not enough to write a blog about it and it's dragons. I'll do a special post Band of Bloggers blog for it at a later time once I've weaved through it's weirdness. Luckily, I played a little bit of another game with dragons in it, and I feel like I experienced the dragons enough to write a little blog about it. Of course I'm talking about Dad of Boy. *Mild spoilers for God of War below, you've been warned* 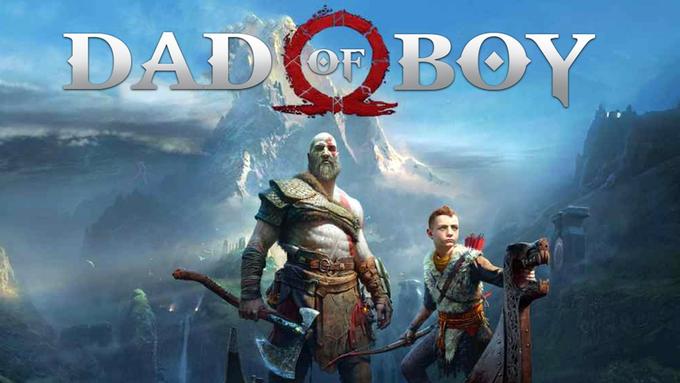 In the newest God of War, Kratos is journeying with his son around a new mytholigical land. The only reason that is important is because mytholigies tend to have something in common: Dragons. Dragons are in a lot of myths around the world, and as I started up Dad of War, I was certain that I was going to run into a Norse Dragon. It didn't take long for me to do so. 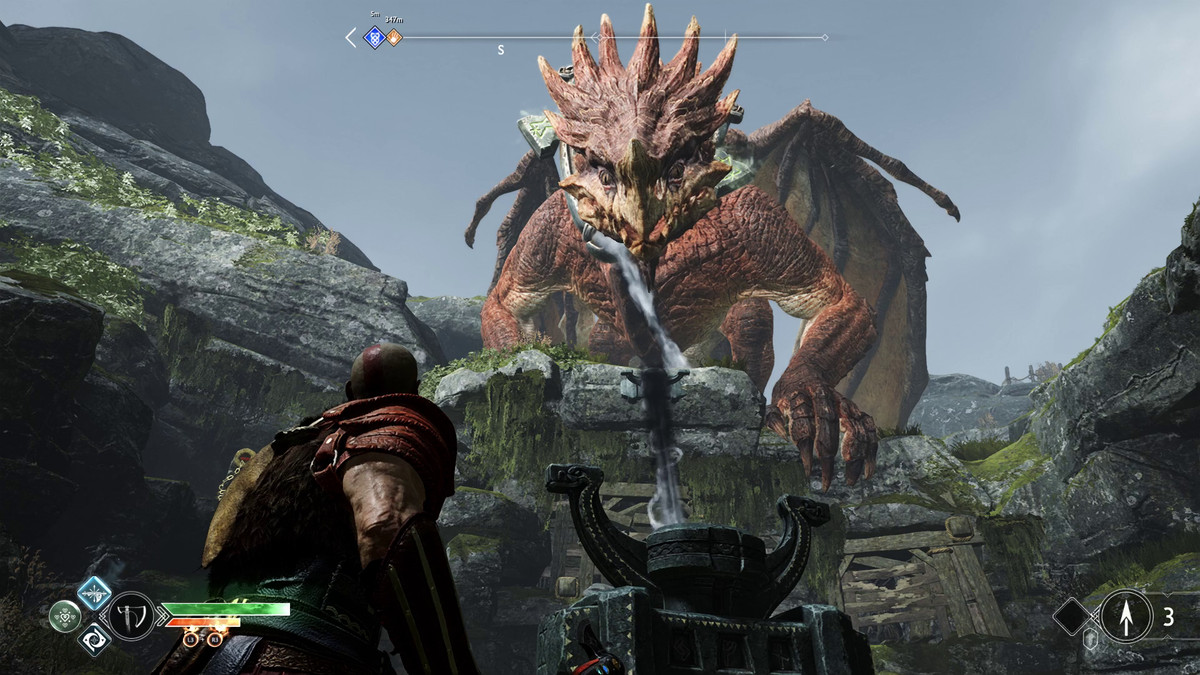 Why hello there, do you require assistance?

Meet Otr. He's a big old dragon that was imprisoned by some jerk dwarven king who liked imprisoning monsters to make himself feel powerful or something. I didn't care, all I knew was that there was a dragon and that that dragon had a chain around it's neck. This could not stand!

When I first saw Otr, he didn't take much notice of me, just kind of sat there all sad. I walked through a rocky corridor to reach him and some Draugr's spawned to try and ruin Kratos's day. That was Otr took notice and quickly blasted the corridor with lightning breath, basically vaporising the Draugr. I had stepped to the side and so the lightning missed me. From my perspective, Otr had just helped Kratos out of a jam. I imagined Kratos and Otr looking at each other, coming to an understanding, and nodding to each other. Atreus immediatly wanted to free the dragon, and Kratos is incapable of agreeing with his son, so he said that this was a bad idea, all the while planning out how he was going to free Otr.

That's kind of how a lot of my God of 4 experience has gone so far. Atreus will want to do something, Kratos will say no, because he can't simply agree that saving a dragon or helping some spirits sounds like a good time, and then I, the player, tell Kratos yes. Kratos and Boy do the thing, Atreus mentions that he thought we weren't going to do that, and Kratos makes an excuse, because he also thought they weren't going to do that. 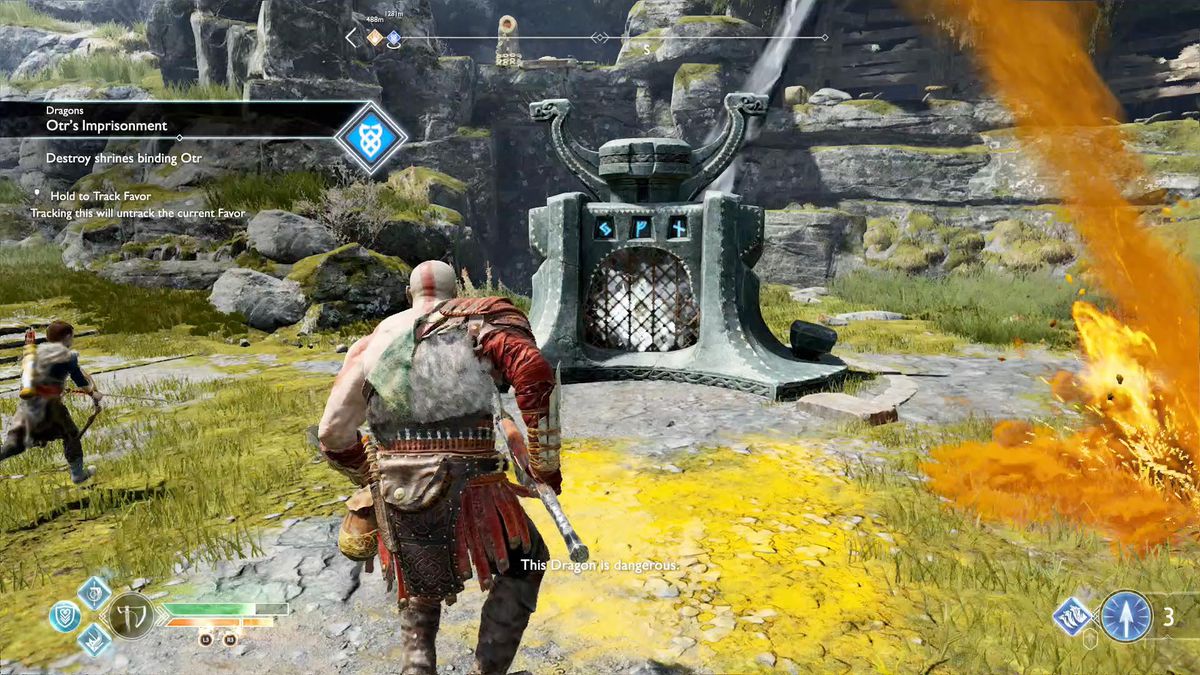 The cursed shrine along with what looks like a melting/exploding Draugr.

Anyway. Otr is held by a shrine with three runes connected to some pillar things giving it power. This is unaccaptable, so in an attempt to be thourough about exploring and looking for "resources" Kratos looks for the runes to free Otr. Of course, many Draugr attack, and each time Otr breathes his lightning into the sky and reigns death upon them. Kratos can see where the lightning will strike and easily avoids it, letting Otr assist him in battle just like he lets Atreus assist him. By this time, Kratos and Otr are good buddies, and so when Kratos finds the first rune, he obliterates the thing. Atreus wonders aloud at why Dad was helping the dragon, Kratos makes some excuse about how it's what his mother would have wanted, and Atreus no longer questions it. I know the real reason though. Kratos is helping Otr because how could anyone resist freeing his new dragon buddy from a centuries long imprisonment. I know that I couldn't, and I was controlling Kratos, so neither could Kratos. 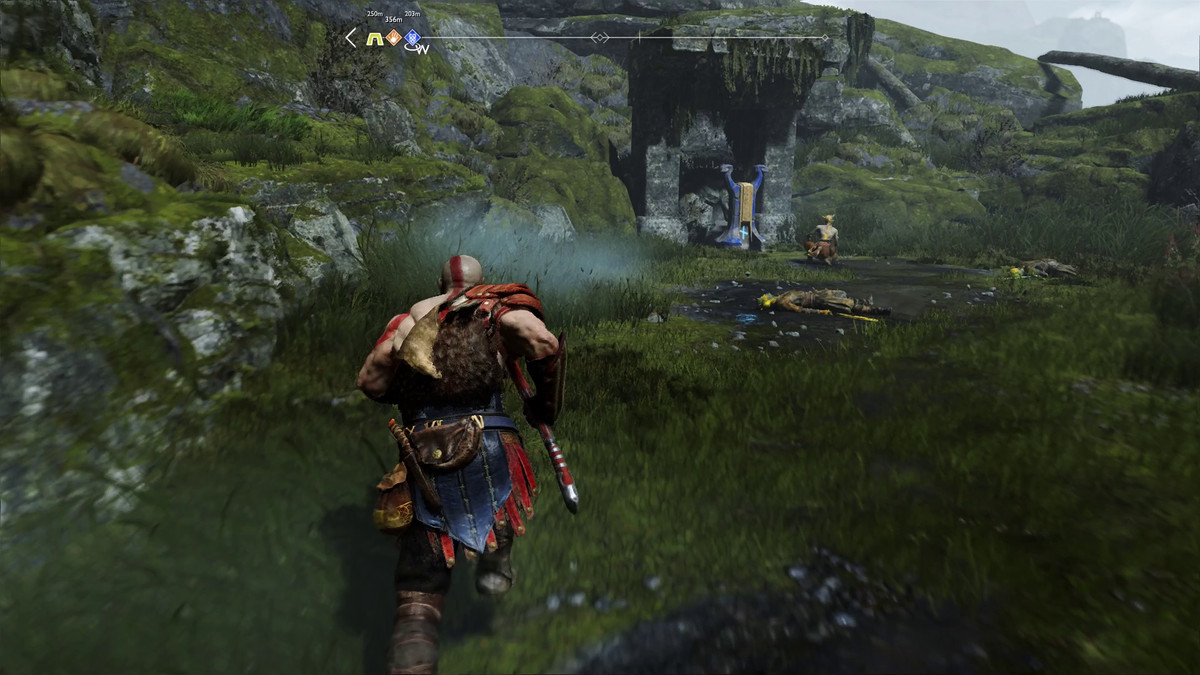 The runes that needed to be destroyed were sought out and destroyed. Kratos didn't mess around. It took exploring a haunted dwarven castle and killing some big old fire troll to find all three in order to save Otr, but Kratos was willing to do it for his dragon buddy. Kratos had already bonded with Otr, much like he had been bonding with his son for this whole journey. Kratos wasn't about to leave this dragon to die in its chains. 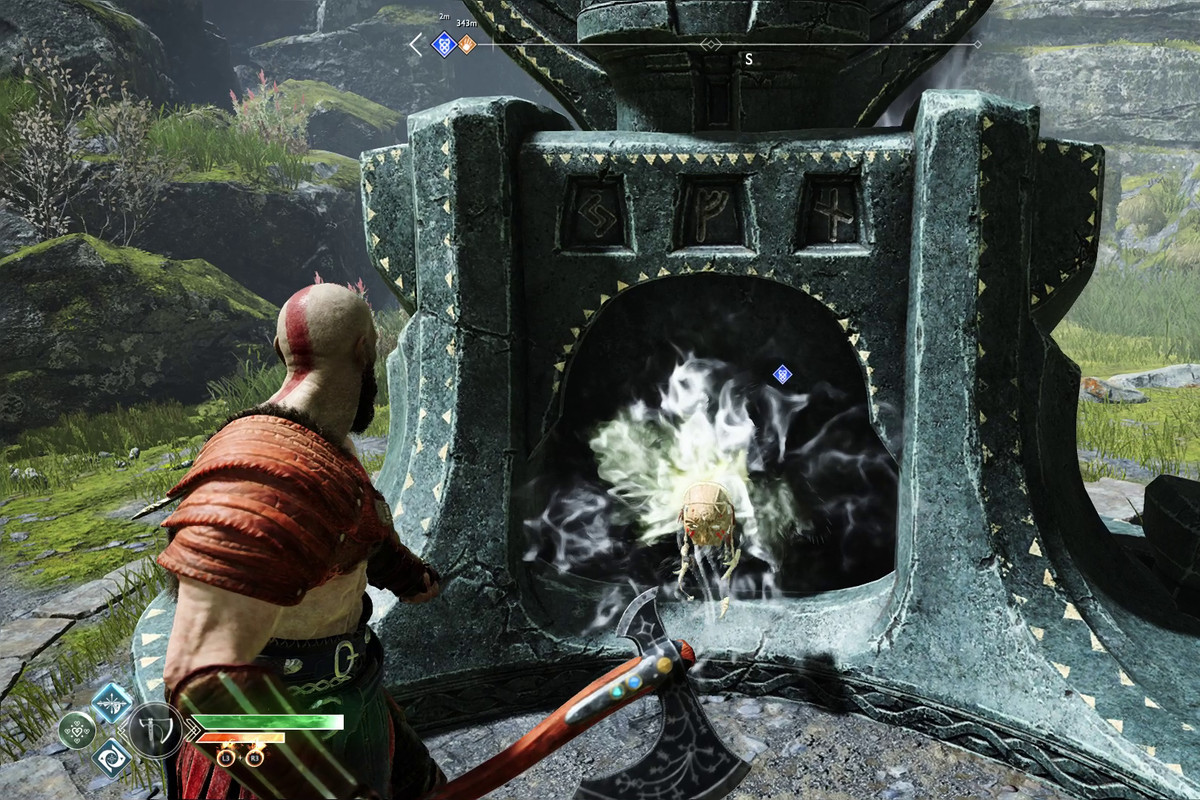 The deed was nearly done.

Once all the runes were destroyed, a mask that probably has some norse reason to be a part of the shackles holding Otr appeared, and Atreus, sensing his Father's desire to save the dragon despite his tough talk, stabs the mask, destroying it. Kratos gives his son a warning, dragons are unpredictable and Otr still might attack us. Kratos knows though that Otr will not attack. Atreus doesn't, and is pretty nervous about the whole thing, even if he was excited to free a dragon like a resonable person would be. 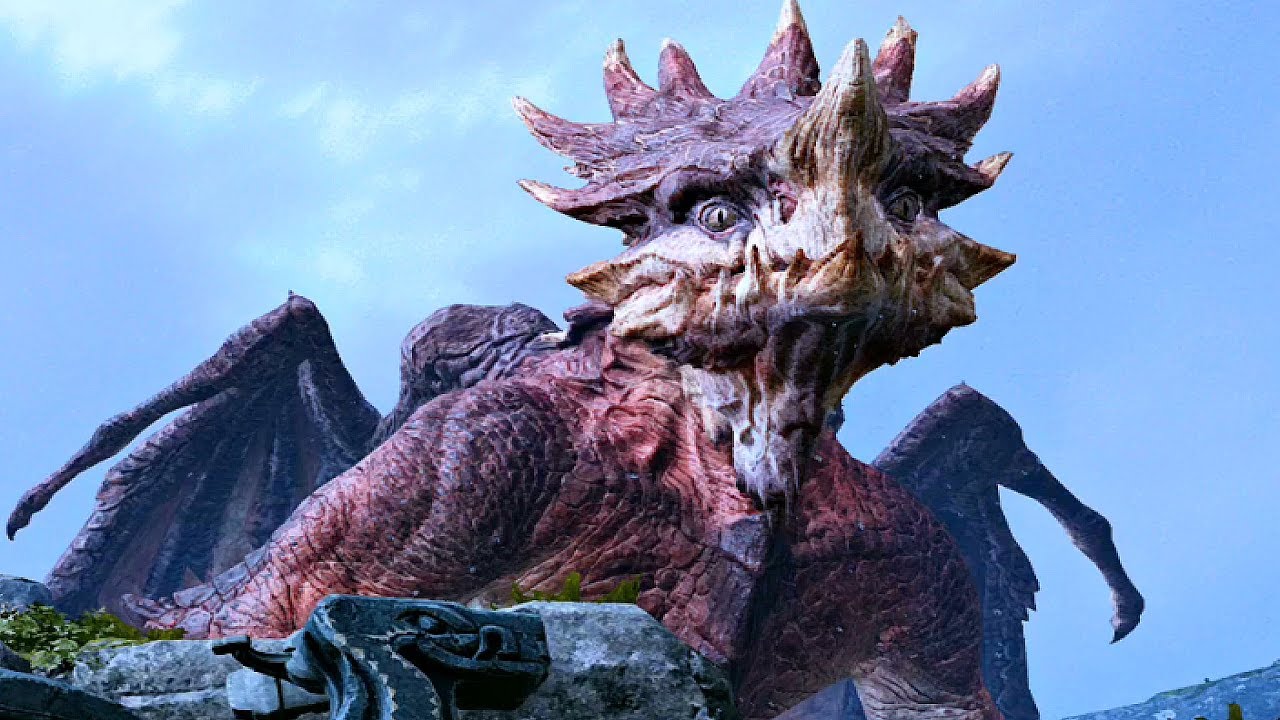 With his chians now gone, Otr looks down on his buddy and his buddy's small companion before flying off. Kratos looks up and hopes that some day he'll see his dragon buddy again, while simultaneously telling Boy that they were lucky because Kratos is very concerned about how his son sees him. I haven't gotten far enough in the game to know if Otr makes another appearance, but I hope he does and that we can kill more Draugrs together.

*Many of the pictures used were taken from polygon because I wasn't smart enough to take pictures of the event while it was happening. I was a little enthralled at the whole thing, can you blame me?