Reimagining a Franchise: Games Ripe For a Soft Reboot

Many of you are enjoying the latest smash hit to grace Playstation land, God of War.  I, too, have been along for the ride like the rest of the mass collective.  After some thought, while mindlessly droning on at my day job, I began to realize the massive breadth of opportunity within the gaming industry for revivals that not only would work wonders as a cash grab for developers but also could do something for the gaming community like God of War has done. 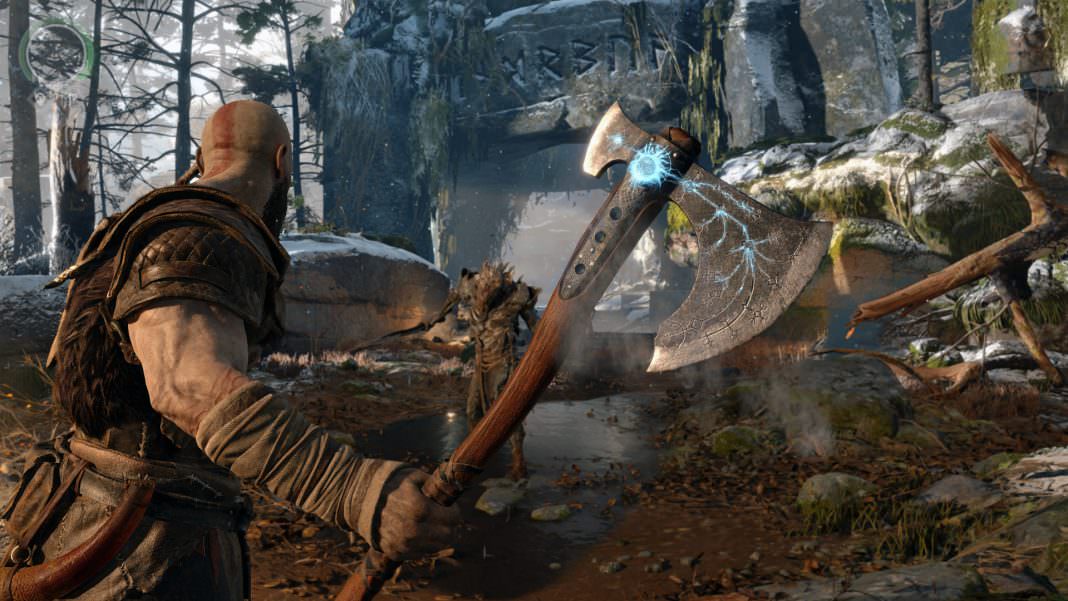 I don't know about you, but just being carried away in the God of War pandemonium, despite my fandom for the series, has been socially exciting.  Seeing the large community of gamers having discussions and sharing their excitement with each other that the game elicits is always something I love to be apart of.  The first God of War debuted two console generations ago on the Playstation 2 in 2005.  So for many, this does hold an element of nostalgia in it, as well, which I believe aided the recent release's success.

Nostalgia is important and, when used as a marketing tool, can be powerful.  At least this is the case for me.  I don't like to consider myself as one who is always looking backward, but one who enjoys the brilliant moments, pieces of art, music, or whatever have you that have accented the timeline of my life.  I love my life, and I also love the memories I've accumulated, especially the ones that make me feel younger than I am (I recently wrote a blog about how Nintendo reconnected me with my childhood just in time for my son's own up-and-coming childhood).  Having a healthy balance of the past, present, and future is what we as humans always strive for.  And it's no different when it comes to video games.  God of War has shown us that.  The time of Kratos' Greek adventures is a cherished memory, but I love where we're at now, and what is potentially in store for the future.  The fresh take on Kratos' perspective, combat, and story-driven adventure has breathed a new life into the series. 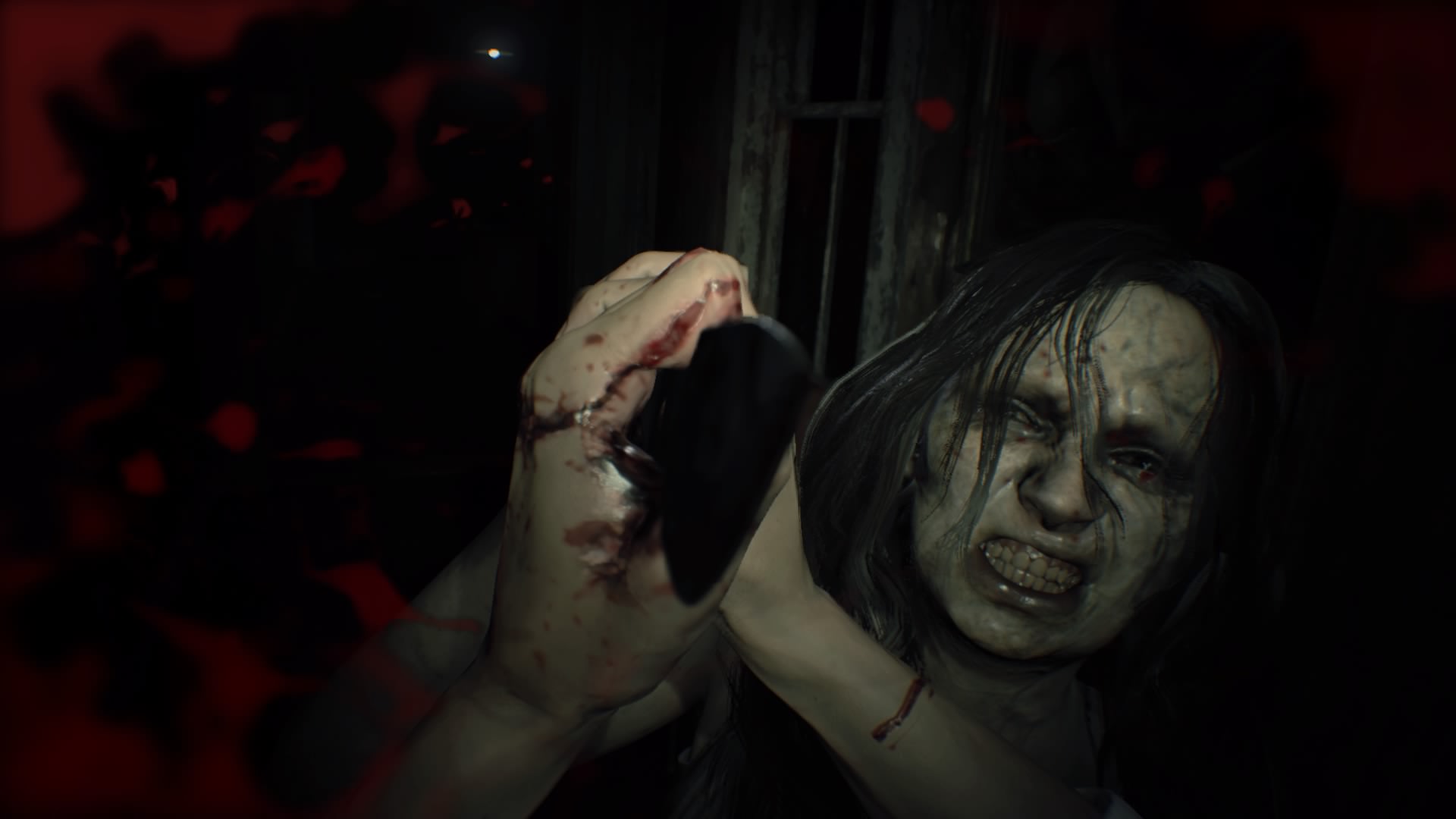 Another such example was Resident Evil 7.  Resident Evil 2 was one of the first Playstation games I ever played.  The horror themes, mixed with the mysterious storyline sucked me into the game's orbit as a young twelve year-old.  The revolutionary idea of playing the game first with Leon, then with Claire for the flip side of the story, or vice versa was also mind-blowing.  I can't even count how many times I beat that game.  Eventually, I'd play the first Resident Evil, then Resident Evil 3.  After multiple spin-off games, the Resident Evil series floundered a bit.  Eventually, Shinji Mikami (Creator of Resident Evil) made a return to the series and injected a new life into it with Resident Evil 4.  Similar to God of War, we suddenly had a new over-the-shoulder camera instead of a fixed, cinematic one from previous titles.  This ramped up the tension one felt when coming face-to-blade with a chainsaw wielding maniac.  RE4 was a huge hit and revitalized a slumping franchise.  Despite this, RE5 and RE6 didn't do the series any favors as they took this new model and pushed it away from horror into the action genre.  Fans were displeased, I... was displeased.  RE4 added to the action, for sure, but it harbored a healthy respect for the "survival" and "horror" that enveloped the small Spanish community. 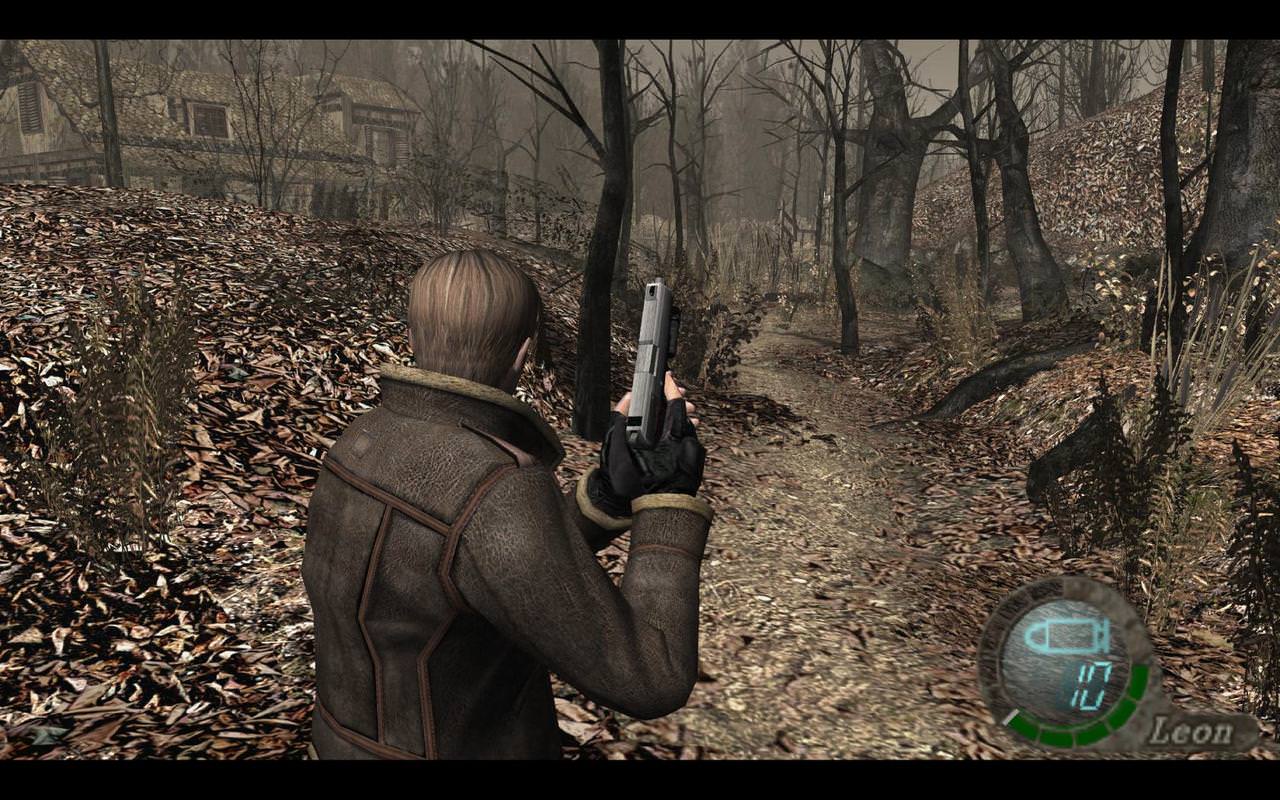 Eventually, Resident Evil became ripe for yet another rescuscitation.  That's where Resident Evil 7 entered the picture.  When it became clear that horror in the series had left the building, and the third-person style games were stained by the releases of RE5 and RE6, Capcom had an all new task on their hands.  The focus was to bring horror back front and center, but in a way that felt fresh while still maintaining the DNA of the Resident Evil franchise.  Now, Resident Evil 7 is a first-person shooter.  But, I hesitate to use the word "shooter" as you might do more bullet-scrounging and running for your life in the game than most FPS titles.  The first person perspective expanded on what Shinji Mikami started in Resident Evil 4, which was the notion of bringing the player even closer to the horror.  And, boy, did it work.  Like the previous games, the inventory, crafting, and saving systems are all the same, but the gameplay is something new, yet still familiar.  It's really quite brilliant.

So the question is, with the examples I've provided with God of War and Resident Evil 7, what other franchises could developers take a look at again, and take a new artistic approach for a future iteration?  Let me pontificate a bit on my top dream picks for this process: 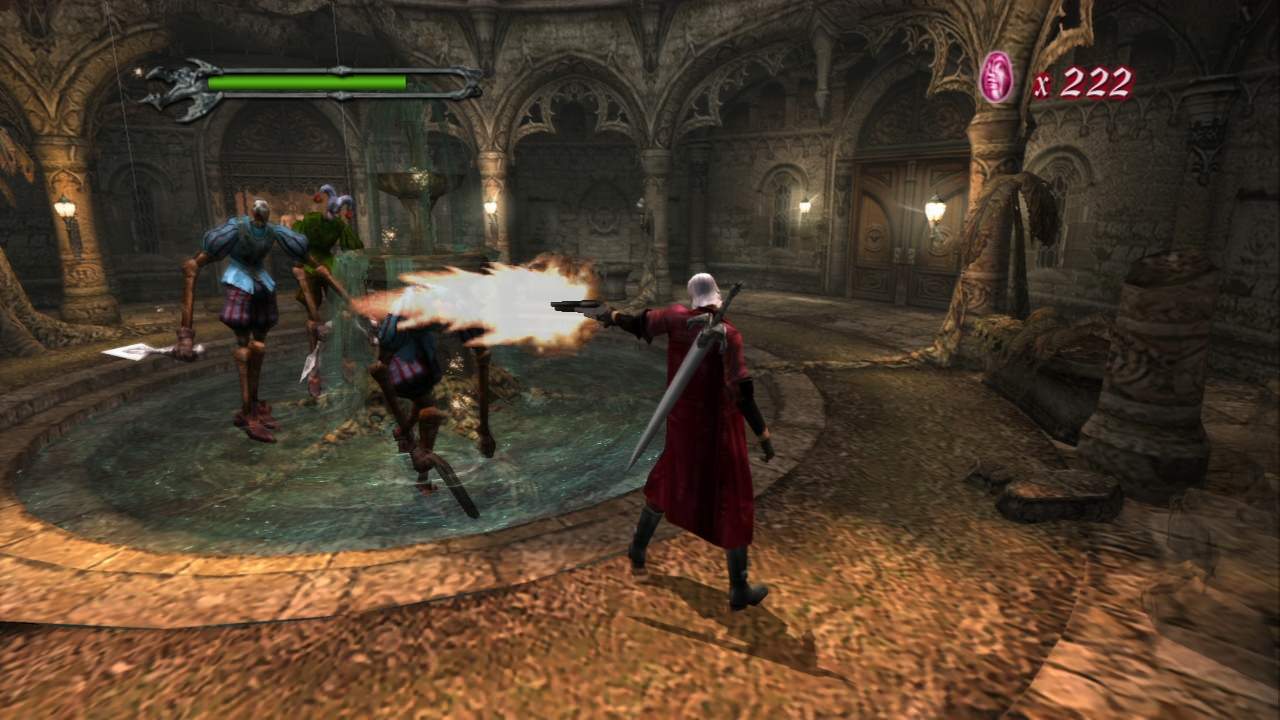 Yes, we saw a Devil May Cry hard reboot already.  While still a fun game, it may have been too much of a change from the aesthetics fans enjoyed of the original series, namely Dante's design.  However, I feel there is an opportunity, not necessarily in the same vein of God of War... but also maybe so.  Imagine taking the series back to the ivory-haired Dante we all started the series with, but elevate the story to something more dramatic.  While I have fond memories of the original DMC trilogy, the story and, more importantly, the dialogue hasn't aged well. While playing the remastered games, there were moments, that I found myself cringing at line delivery.  Capcom should hire an all-star writer and director, to push Dante into the modern era of storytelling where we look for gravitas, emotion, and twists and turns.  Maybe we should also remove the fixed camera, but keep the gritty action. 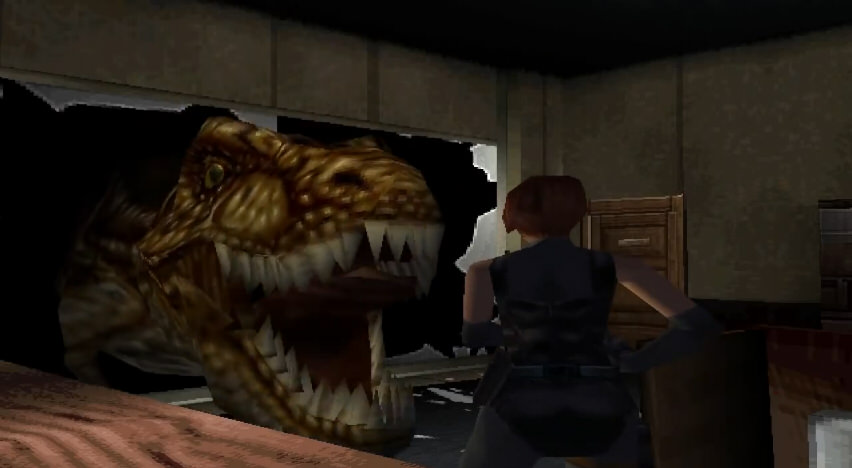 I do realize that I am talking about, yet another Capcom game.  But hear me out.  For those who loved the first two Dino Crisis games (because let's be honest, Dino Crisis 3 was garbage), imagine this series as a first-person shooter.  I know we have FPS dino games out there now (Primal Carnage and such).  But those games are devoid of any awesome storyline like the Dino Crisis of old.  Now granted, the dialogue and delivery still age very badly.  But even if Capcom didn't do a soft reboot and remade the first Dino Crisis as an FPS horror where raptors and other gnarly predators lurk in the dark, dilapidated corridors of a facility thrown into disarray, that'd be a game worth doing.  If the production design carried the quality of the production we saw in RE7, just think of how thrilling this game would be. 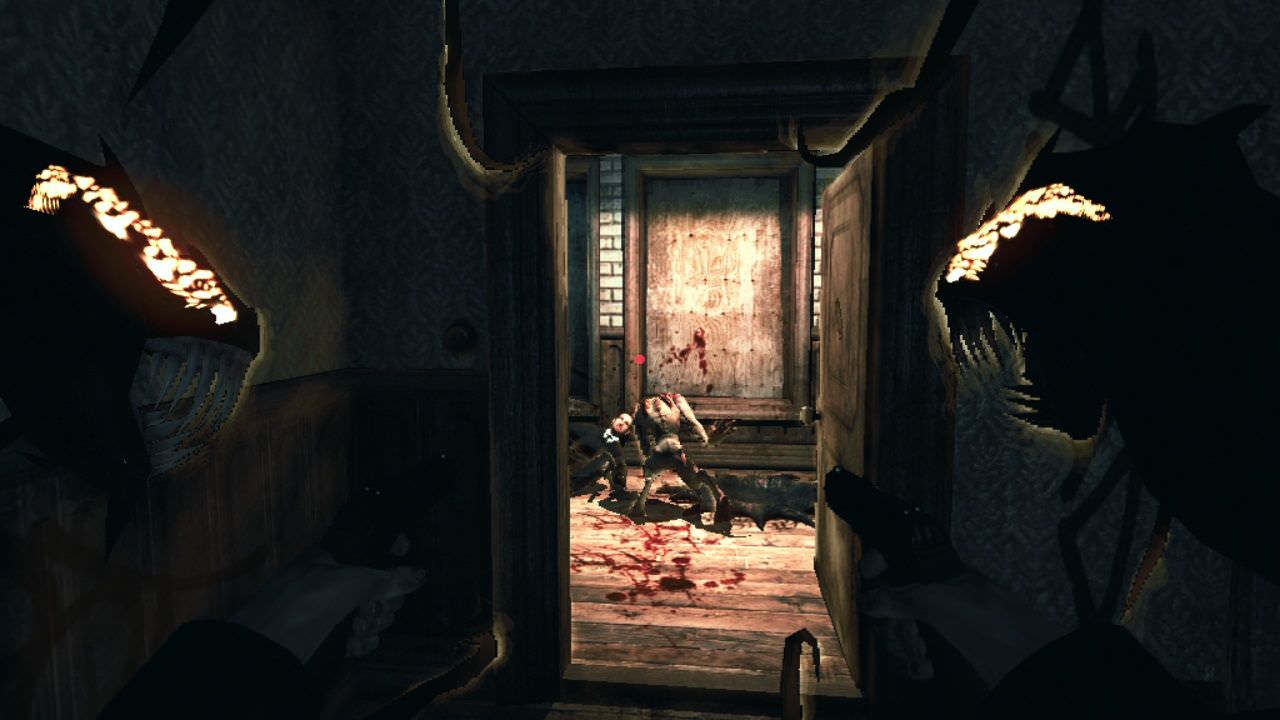 The Darkness was a mind-blowingly great PS3 game.  It was a very early release for the console.  In fact, I passed over it until a fellow comic-nerd friend highly recommended it.  He told me the spirit of the comic is alive and well in this game and the story is visceral and brutal as hell. I played it, and then I agreed with him.  Furthermore, this game moved me.  Jackie Estacado, an enforcer for the mafia, became uncontrollably imbued with a demonic entity that happens to be herditary, on his 21st birthday.  The Darkness (demonic entity) saves Jackie from being killed by a bunch of thugs, and in turn eviscerates them.  The thugs were sent by none other than the mafia boss Jackie worked for because he failed in his duties.  The game sets up an interesting dynamic between Jackie and his girlfriend, Jenny.  One that is deep and intimate, and I was genuinely touched by their relationship.  At one point in the game, Jackie can share a quiet moment on the couch with Jenny watching To Kill a Mockingbird.  If the player so chooses, they could sit and watch the entire film.  It's a resonating piece of storytelling that really solidified the bond between Jackie and Jenny.  It was also the simple irony that not only would that moment be their last, but it was also the last "quiet" moment Jackie had as he was dragged knee-deep into the world of bloodshed and madness unwillingly.  Later in the game, Jenny's life is threatened and subsequently (spoilers for a 12-year old game) taken by the mafia in front of Jackie.  The catch was that even though he had demonic powers, they have a will of their own and forcefully showed Jackie who's boss in that moment by physically restraining him instead of aiding him.  The game was an FPS title using a combination of guns and powers from The Darkness.  The Darkness was not a tame beast either and in order to replenish it's health, it required eating the hearts of victims.  It was an intense game to say the least.

The game was incredible and so was it's sequel.  I think another The Darkness game would be fantastic, but the approach I'd take is actually the opposite of the others.  I'd remove the FPS format and instead pull the camera back a little to give Jackie a solid third-person view.  This would make for some stellar animations with the demonic entity that you never really got to see all that much of aside from the tentacles and darklings at your command.

These are just three simple examples of games I'd choose out of many more that would be ripe for a soft reboot that would enact a fresh vision or reimagining of the series.  What are your thoughts?  Are there any games you'd like to see get the Resident Evil 7 or God of War treatment or simply revitalized in some fashion?