"The Pen is Mighty in MS Word", or how Gaming rekindled my love of Writing

- Don't you talk about my mother that way!

'Dropped in the middle of the forbidden sea of social media'

'Grow up to be a gamer and a blogger'

'For the ten-dollar, founding fathers everywhere'

I had always considered myself a gamer. Or rather - games had been my outlet for entertainment, stress relief, communication, and enriching connections.

Over the years, I made friends and connections from the neighborhood and at school because of games like Double Dragon, Street Fighter, Mario Kart, Brigandine, Metal Gear, and Dance, Dance, Revolution.

'By fifteen they placed me in-charge of a trading charter - my folks were both alarmed, and patting me on the back since I was bringing my lady schoolmates home. Thank you, Dance Dance Revolution, for giving me my mojo.

During my college years, I was a working student abroad (HR) and then back home (call centers), and realized that I can write... poorly. But still... that never stopped that lady who wrote Twilight, right?

I started writing in message boards for the website of a local game, eventually becoming part of the mod team. I then hopped on and became a gamemaster (GM) - that wacky, gigantic character that sometimes pops up during a server event in MMO's long, forgotten past.

'Watch as the gamemaster enjoys the company of raiders and gold farmers everywhere.'

At the same time, I started submitting reviews, tips, guides, and opinion pieces for local magazines and sites.

We used to have around three big publications where I live, and other magazines had their own gaming/tech sections or featurettes.

Today we still do have magazines for gaming and entertainment - cockfighting. 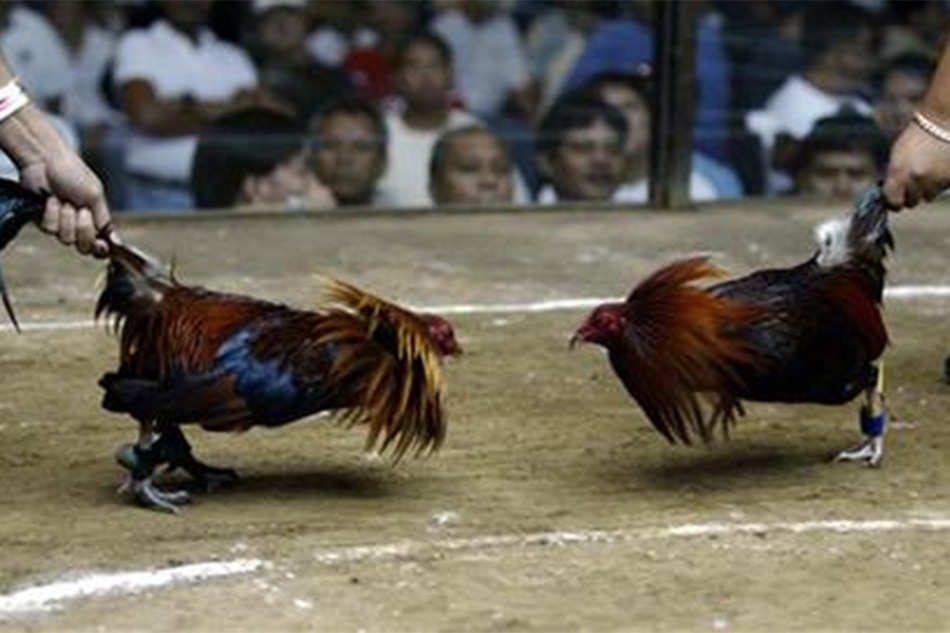 'Pictured above: The 'F' in KFC stands for 'Fightin'

I probably won't write about that. Moving on...

I wanted - no - I needed to have games as the focal point of my career. They were integral to my growth, and what better way to live one's life than doing something you enjoyed.

I knew I could write (again, poorly, but that never stopped Matt Ward... you monster!)

It was the mid-2000's. I was in my late teens; already freelancin' and hustlin'.

'I want to work in the gaming industry,' I said to my old folks. 'I'd like to be a game journalist.'

'We bought you game collections, but you can't just start your own brand.'

'You got your education, but don't forget from where that came.'

'Coz this world ain't about your games, understand son?'

Honestly - the conversation was civil, and we probably did not burst into song.

But it was the good ol' argument:

"Why don't you get a real job? That's why we sent you to college." 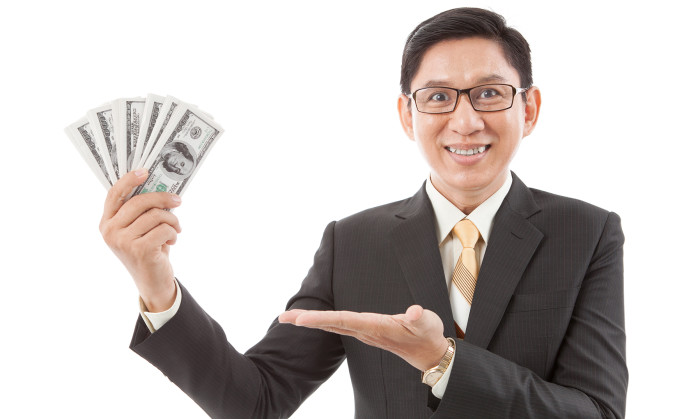 Games and writing for a living were out of the picture; replaced by the cold, harsh reality that I was a suit talking to people - be it employees with a problem in their department, or constituents having a problem with public works or taxes, or to my foreign counterparts and providing research documents.

To be fair, I loved my job, and I think I was able to help out a lot of folks.

But gaming had always been my passion. Well games AND pro-wrestling (but that's a story for another time, and my journey to becoming a wrestler would be a short post culminating in seeing expensive plane tickets and saying, 'No thanks, goodbye dreams!')

Psychologists and experts often note that you will succeed more often in your endeavors if you like what you do:

"Csikszentmihalyi discovered that once you take on a task with a positive mindset and think of the benefits you can reap from completing this project, your work is more likely to happen in a steady, concentrated flow. Being in this state of mind means you will be highly focused and fully absorbed in the task at hand, just as you would be while doing something you really enjoy. Being able to fully devote yourself to a task and give it your all will make you more productive and knowledgeable, leading you towards success at work."

And so I found my escape in World of Warcraft, Starcraft, Destiny, The Elder Scrolls games, Fallout, Civilization, Warhammer, Total War, and a hundred titles in between. I kept collecting games and building up my library even though I couldn't possibly go through my entire backlog in a lifetime (1,070 Steam games and counting).

I just wanted to ensure that I'd have a hobby to pre-occupy myself with. I was earning enough.

I began writing once more - history, trivia, travel, pop culture. I'd pitch a list 10-items long, or 5-6 with quirky humor, or a straight up fluff piece. I'd research it, be done in a couple of hours, and then send it to the editorial team.

I had disposable income in the decade or so of being a random wearing a suit.

'And the 'REEEEEE!' as I smashed all my keys as they said goodbye'

'Need someone to write your official statement, I'm your man'

It was hard at first, naturally, building contacts and connections but things eventually looked on the up-and-up. I also started tutoring on the side. I saved enough that I finally took the plunge and went into franchising (hurray for french fries!) and business is doing well so far.

Throughout it all, I still kept thinking I could write about games - poorly I might add, but that never stopped that guy from making 'The Room'.

'Well, I did begin writing about games for a living because of message boards over a decade ago so it seemed fitting.' Sadly, Reddit gold don't pay the bills.

I delved into gaming subreddits, checking player sentiment, community behavior, directly engaging players, and asking their opinions. I was using the things I learned from my studies and work experience, suffused with articles on Psychology, social dynamics, and introspection.

I wrote about Outrage Culture and how it affects gaming communities; I wrote of Constructive Criticism and how that helps in improving the flow of feedback and openness among gamers and developers. I made note of scientific studies, opinion pieces from experts, developer interviews, and candid remarks.

In some cases, my topics would get buried in salt and memes... in the grim darkness of the near-future, there are only memes.

And on some occassions, they would get front-paged in those subs, generate a lot of discussion, so much so that some folks have suggested I start a blog of my own, or a Youtube channel and become an online personality.

If the gimmick that most online personalities had was of an angrier and overtly critical stance - after all 'outrage is addictive' and 'outrage sells for a profit' - then why not offer something from a level-headed approach?

Level-headed, calm, reasonable, objective, realistic, pragmatic, sensible... and probably too boring that no one would read it, and it wouldn't earn money.

And hence why I randomly popped up here, after talking to Papa Niero in several emails; he kindly guided me in learning more about contributing to the site.

I'd gotten used to sending direct submissions/pitches and completed articles, and blogging is something I am completely new to (yes, friends, this is my first blog ever).

And not being too engrossed in social media doesn't help my case either.

'Pictured above: The first and last time I used Twitter - to get an in-game key to open a chest.'

This post is just a brief background about me ('screw you, person, brief at 1,700+ words?') - and what you can expect as I delve into more games in the future.

I would definitely write more about specific games - Destiny, Total War, Vermintide, Civilization, Last of Us, and even the local scene in my country which is dominated by DOTA. 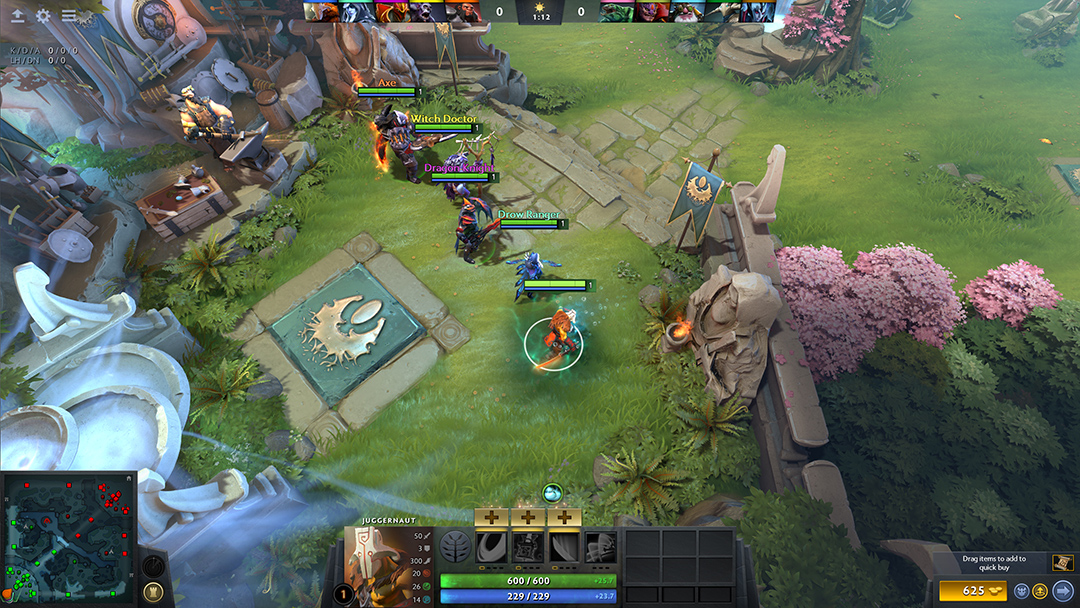 'The current gaming scene in my country - where we went from the powerful "spot po, respect pls", to the electrifying "Aduka S2/SS only"... to "ahahahal0l0l, bUbU muH k0ya, jEjEjejEjEjE!"'

I may even write more opinion pieces on gaming in general - the outrage culture, gamer behavior, open communications between players and developers, psych articles, notes from experts, and so on.

And maybe I'll insert a poem or two, at least 5 dad jokes or terrible 80's/90's references that make you cringe, or write a parody from a musical or a popular tune every now and then.

I may do all these things, but I know I'll be enjoying every moment - because this is something I've always wanted to do for a very long time.

Oh, I just realized that after this whole thing, it's more fitting to say that 'Writing rekindled my love of gaming'. Right, fellas? Well I did say that I write... poorly... but that never stopped me from making this.