For one reason or another, I have a very difficult time getting emotional these days. Whether it's for happy reasons, or overwhelmingly sad reasons, it is incredibly difficult for me to lose myself in my emotions.

Very few shows have certainly ever sparked raw, genuine emotion from me; one of which being Angel Beats, and another Cowboy Bebop. While I can't say that Violet's story was the most engaging and extraordinary I've ever seen, it was so genuine and pure that it forced me to take a step back and really empathize with her, in a way that few characters can. 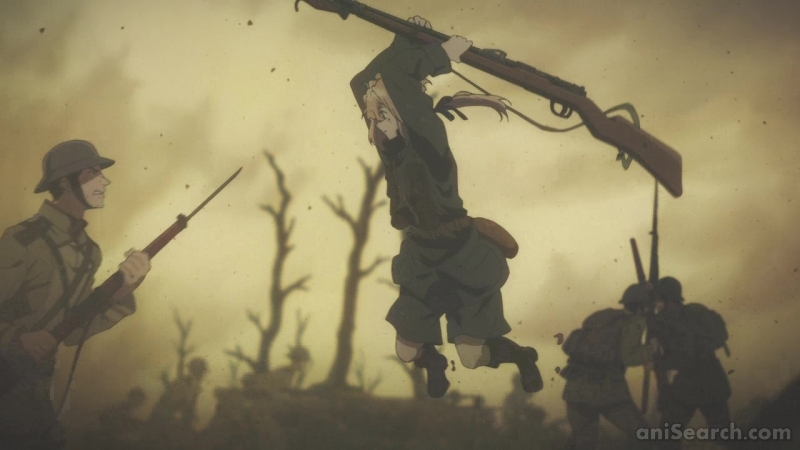 Violet is a very unique case of a human being raised as a tool. She was found as a small child, abandoned and filthy, and was raised into a military lifestyle where she learned act by following orders, resorting to killing for a living. Her guardian and keeper, Major Gilbert Bougainvillea, is the only real human connection she has. Given the time period, which seems to emulate that of a World War I era, it's important to understand that this truly is all that Violet knows.

A catastrophic battle ensues, leaving Violet armless, fatigued, and on the verge of collapsing. Major Gilbert has been critically wounded from the battle, and is moments away from losing his life. The Major's final order is for Violet to 'live and be free'. He also tells Violet, that she is so much more than just a tool to be used, and reveals to her that he loves her.

If only she understood what that meant. 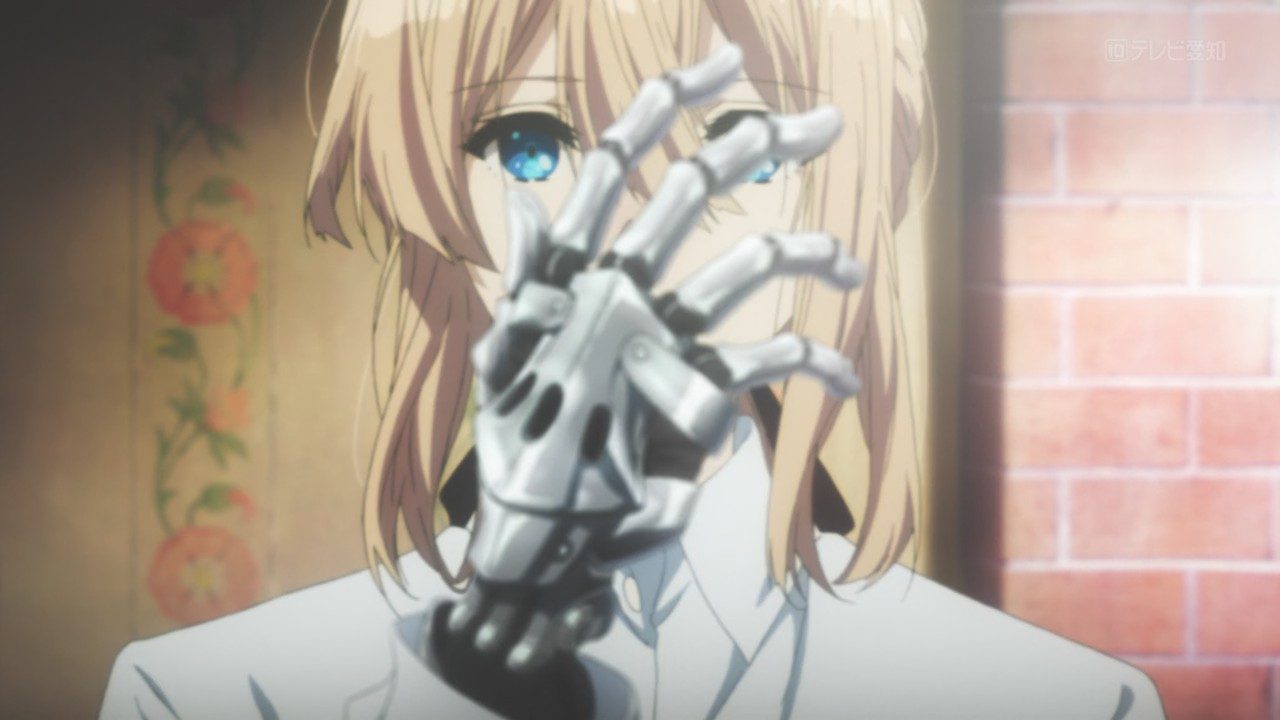 Violet awakens after being out for several weeks. Her arms have been replaced with mechanical arms and hands. Her first impulse is to seek out her beloved Major...unaware that he has seemingly lost his life. After regaining her strength in the hospital, she is picked up by Major Gilbert's long time friend and former soldier, Claudia Hodgins. Hodgins, whom is dedicated to helping fulfill Major Gilbert's final wishes of giving Violet a greater purpose and a real life, offers her a job at his newly founded postal delivery service and letter writing company. This, is where the story truly begins.

Violet decides to work towards becoming an Auto Memory Doll, a maiden who travels upon request to write special letters and memos. You can understand how difficult this would be for someone who has no understanding of human emotions, and struggles to function in the real world because of it. It's a very challenging development that Violet must embrace, and the characters that she interacts with throughout the story all help her to understand an even greater meaning, and bring forth life lessons throughout their endeavors that not only help Violet to grow, but invites the audience to as well. It's a truly touching experience.

I found myself intrigued with this show as soon as I started watching it. Something about the setting, the characters, and just flow of it really clicked with me. Not only did I find myself empathizing with Violet throughout her journey...I found myself learning and rediscovering feelings that I haven't felt in years as well.

From the moment you begin watching, this show makes it very clear that it's going for a very realistic art style. The characters are scarred, bloody at times, dirty, and just not always pretty to look at. I appreciated this art direction, as it really matched the story. There were a few scenes that I watched where I actually would say out loud 'man, that was really well done'. That's not to say that there isn't a little bit of the usual anime fan-service, but as a whole this a very darker toned, mature style, and I liked it a lot.

That being said, it may not be appealing for everyone. Again, this is a very serious show - there really aren't any episodes of happy-go-lucky fun. There are moments that make you smile, and warm your heart, and there are moments that leave you grasping for tissues as your eyes puff up in sadness.

She may look like a Saber wannabe, but Violet Evergarden charmed me, and warmed my heart. Her story is timeless, and I'm weary of where things would go if there is in fact a second season released. The pacing was a little odd at times, and there could have been room for a bit more character developement, but Violet Evergarden has my praise as one of the finest anime shows I have ever seen. I couldn't recommend it enough to those of you who are searching for a romantic story that will only pull you in deeper as you go.