First off, I want to thank LaTerry for taking up the mantle and putting in the effort to resurrect Band of Bloggers. Twas a thing before my time, but more prompts to write blogs and more topics to write about will doubtless be a boon to the site going forward. Blogs are quite an important part of this place and its nice to see the dust being swept off an old feature that it might return to us from beyond the grave. And since its LaTerry, one could probably have surmised that the first topic on the chopping block is dragons. And so it is. Dragons. A mythical beast that captures many people's imaginations and fires their creative drive, throughout cultures and time. They come in many shapes and sizes, lumbering or sleek, fire breathing or otherwise and all of them carry a certain cachet of power and danger to them as they rumble across the skies or land. In recent years we’ve seen some interesting interpretations that build off of that more common form and imaginative minds have brought forth some pretty interesting twists. Dark Souls especially stands as a good example of this as it has undead dragons that breath poison, the gaping dragon whose chest is an exploding maw of teeth and Kalameet which breathes black fire as well as using telekinetic abilities to toss you around. Skyrim also had a share of dragons and while most were the more common form there were a few odd standouts among that grouping. Skyrim is also one of the games that brought the beasties back into the popular imagination in a big way and in an interesting way, as lorewise dragons place in that game is pretty important and saleswise Skyrim had a pretty wide reach that grows ever wide due to the ravenous hunger of Todd. 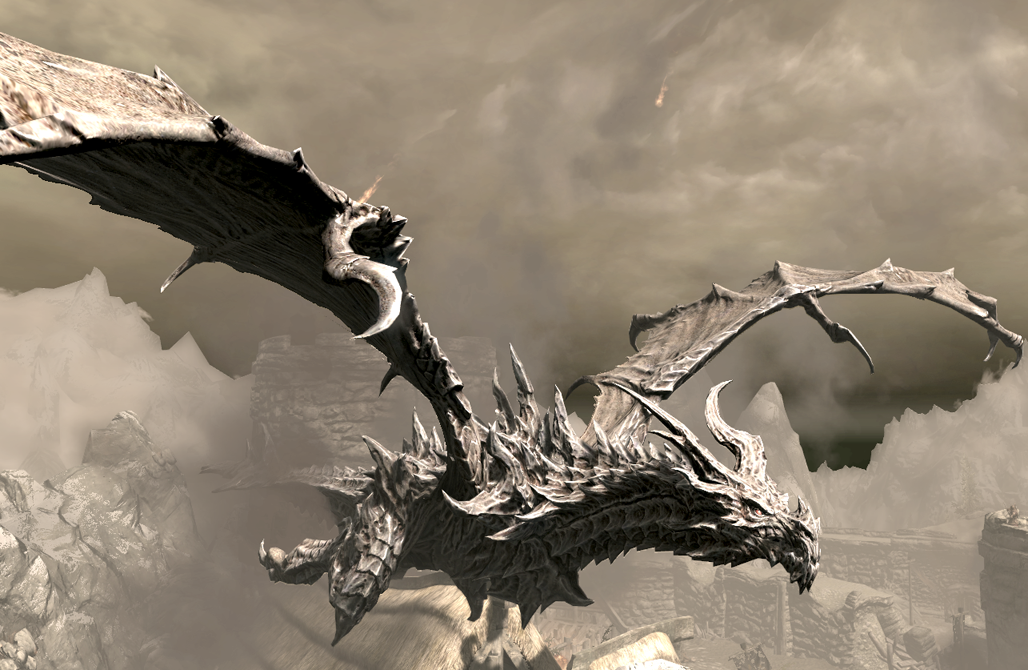 But in my haste to discuss the titular focus of this months prompt, I find that of course we mustn’t forget the warriors that fight them, from hapless knights or heroes engaged in a desperate struggle to fend off even but one of these beasts to strong warriors who consume their very essence and bring them to ruin, whom they fear and curse as they fly into battle. That second one is the focus of this blog, for I think I find in this topic an interesting medium for focus and one that is related to dragons in its way. I will focus on one specific warrior against dragonkind in this blog, talking of a great and noble power, one that brings dragons to their knees and is widely feared for its marital prowess-one they fear., if you will.

I am of course, talking about Sylveon.

Those of you who know me probably saw that coming a mile away, and the title may have also given the game away but still it fits the topic for reasons I'll get into later in the blog and I thought it would be amusing to muse on what is probably my favorite pokemon. 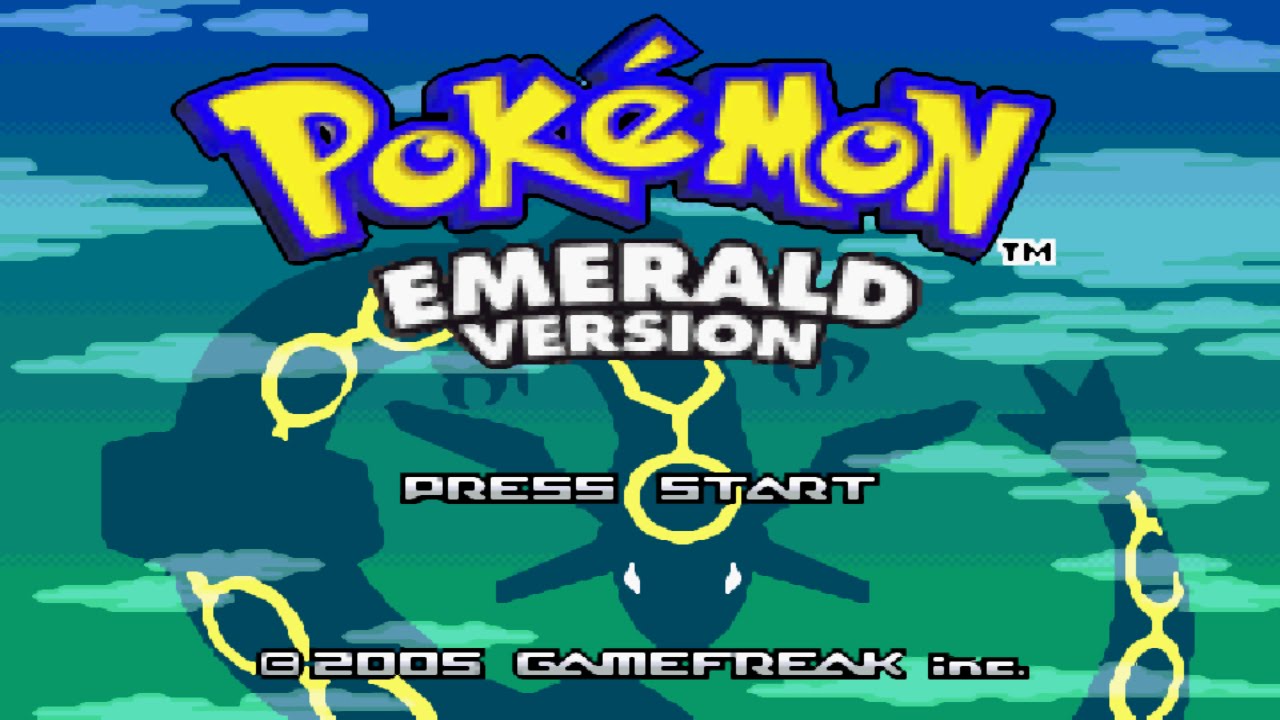 Emerald is probably one of my favorite games of the pokemon series-at the time its graphics were very impressive, the adventure itself and the hidden legendaries were appealing and most of the designs-except Bidoof which is terrible and somehow also in almost every game since then-are pretty swell. There were also some interesting additions and a tightening of previous systems that made the game a smoother ride than its predecessors and it just clicked with me better than a lot of what came before and after. It also was where dragon type seemed to somewhat come into its own and get more notable that it had been in the past-I was under the impression that it was introduced in Ruby/Sapphire but apparently that may not be the case. Regardless I recall it being a tough and pretty stronk type, and thats also partially because of their mostly visually threatening appearance and strong attacks-at least from the perspective of someone who doesn’t give a shit about researching stats and min-maxing such things. Like I said dragons command attention and quite a few of the dragons in this game particularly were relatively intimidating as well as very strong against many other pokemon.

So then, imagine my bemusement when Fairy type was introduced in X/Y and I found that the adorable cute type beat the shit out of many more intimidating types-including, of course, dragon type. And of these fairy type pokemon, one in particular caught my eye early on and demanded I attempt to get one as sson as possible. One that I found a very visually fun pokemon and was a constant presence in my team, the muscle, the one that would kick the shit out of all the other trainers pokemon when my other pokemon failed me. Good ol Sylveon. 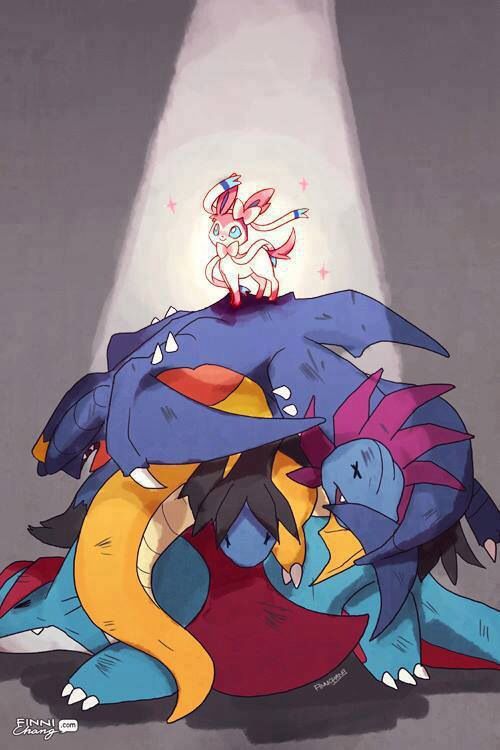 Sylveon is adorable, with pastel colors mixing with white and adorable blue eyes as well as bows, a pokemon thats just so darn cute that it instantly won me over and led me to make haste towards acquiring one via friendship hearts and a fairy type move via the worlds most adorable genetic abomination Evee. It's also a stone cold motherfucker who kills dragons and really this all combines to make a pokemon that captured my heart easily. Endlessly I would laugh maniacally as a strong looking dragon type was brought into the fray only to be shredded into ribbons by my beloved Dovahkriid.  I always enjoyed petting it and feeding it treats, as it made adorable cooing noises and just acted in an incredibly charming manner-a stark contrast to how well it tore through more somber and sober beasts. Truly it was a lovely addition to the pokemon group, and it was one that convinced me to do my first eeveelution run. Thanks for reading, feel free to share your own Sylveon thoughts/be beaten into paste if you talk shit. 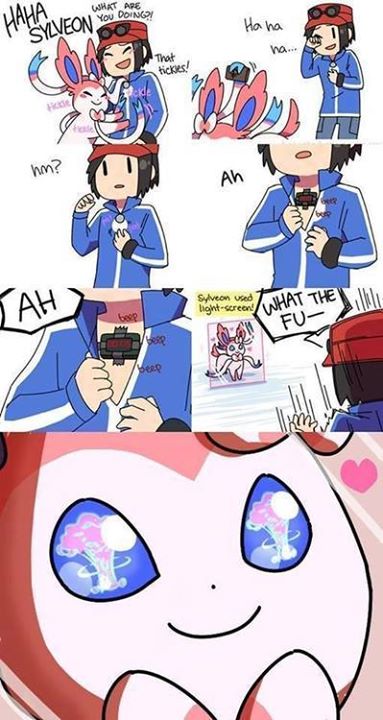