Book of the Month - Mort

This is where the intro should go, but I’m too lazy to come up with one. So fuck it. New month, new book. I’m sure we all get the drill by now.

So for this month I have chosen a book I picked up because the title is the same name as a cat of mine. Really. That’s why I chose Mort. I wanted to read a Terry Pratchett book, I didn’t know where to start, so I put his name into Amazon and picked the first book whose title intrigued me. And for me that was the book that reminded me of one of my little kitties. And considering that Mort has a lot to do with Pratchett’s cat-loving Death character, I think it was an apt decision.

Mort is available physically, digitally, and as an audio book on Amazon. It’s also available as a CD, but it’s pricey. I certainly wouldn’t get it for that price.

Mort is an entry in the legendary Terry Pratchett’s Discworld series, a fantasy series that takes place in a world that is flat and disc shaped. And is on the back of four gigantic elephants. Which are on the back of the shell of the massive star turtle, Great A’Tuin. Which of course is bounded by a waterfall that flows infinitely into the cosmos. Standard stuff, I know. However, not everything in the Discworld series is so average and mundane. No in fact, Discworld is an absurd realm that plays as a delightfully weird and satirical mirror of our own. Pratchett does a wonderful job of weaving in elements of our boring old real world into the fantastical world in his books. And Mort is, I believe, a great place to start enjoying the universe he created.

So Mort is a book about it’s titular hero, a gangly clutz of a “man” that is so pathetic that his chance of gainful employment is basically zilch. However that changes when he gains an apprenticeship with Death. Yes, Death. The Grim Reaper himself. Who by the way, is a very fascinating character. Seriously, Discworld’s Death is one of the most interesting and genuinely spectacular takes on the concept of Death personified. The other characters of the story are interesting too, especially Mort, but really Death steals the show. It’s worth reading for his parts alone. The way in which the harbinger of death sees the world is truly unique. And the way in which he trains and teaches young Mort is also quite intriguing. 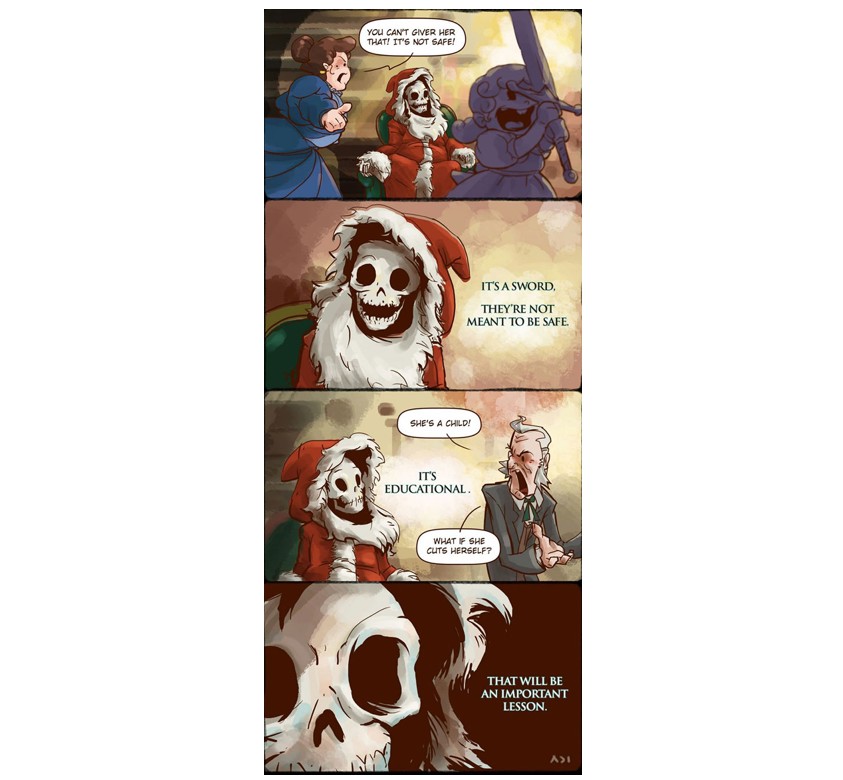 Technically this is from The Hogfather, a different Discworld novel. But it's still a great example of why Pratchett's Death is such a great character.

Now the book itself is a bit odd. The story isn’t broken up into traditional chapters (at least my copy wasn’t). Instead it’s one long chapter with just a break between “chapters” that distinguishes when one ends and the other begins. This makes it a but more difficult to read, though not impossible. Still though, proper chapter separation would be preferable. And while I enjoy Pratchett’s satirical style and the way in which he builds the lore of Discworld, his writing could be a bit hard for someone with any form of dyslexia. More than once I had to re-read entire paragraphs because I honestly couldn’t understand what was happening. Admittedly though, that’s not really Pratchett’s fault. And regardless, I liked Mort and it piqued my interest in reading the rest of the Discworld books.

And that pretty much covers Mort. It’s a book I would definitely recommend if you enjoy mildly dark humor or just fantasy stories with a comedic edge. There’s a reason why Pratchett’s books are so well loved and why Pratchett himself is held in such high regard. So if you haven’t checked out Mort or the Discworld series yet, you really should.

See you next month with another book. Happy reading! 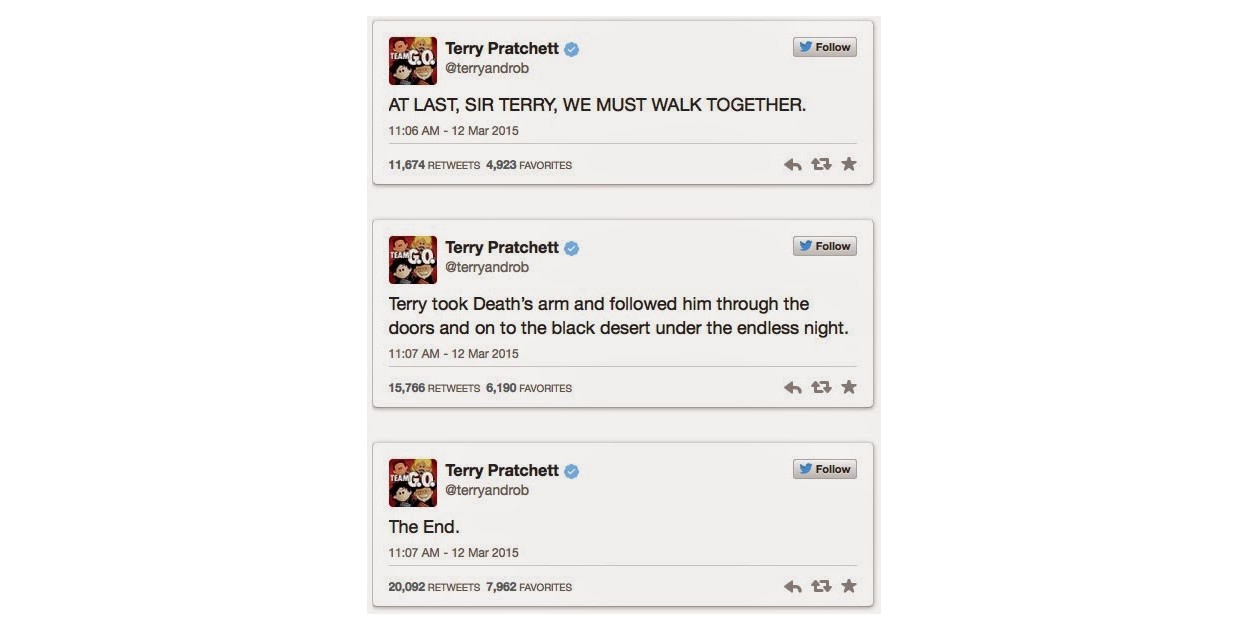 Terry Pratchett has way too many great quotes to choose just one. So here’s a bunch themed around Death:

And what would humans be without love? RARE, said Death.

It is said that your life flashes before your eyes just before you die. That is true, it’s called life.