We all know of The Sims franchise, right? It's one of those series that set the standard of what the simulation genre should strive to be. Maxis Software - currently known as EA Maxis - was the developer of the franchise. It was founded by Will Wright, a game designer who had a knack for making simulation games. They had the help of Electronic Arts to publish their games and thus a strong gaming industry duo was created.

Now, Will Wright didn't just go head first into making The Sims franchise. He first worked on Raid on Bungeling Bay, a top-down shoot-em-up that shared a similar design to his later games. 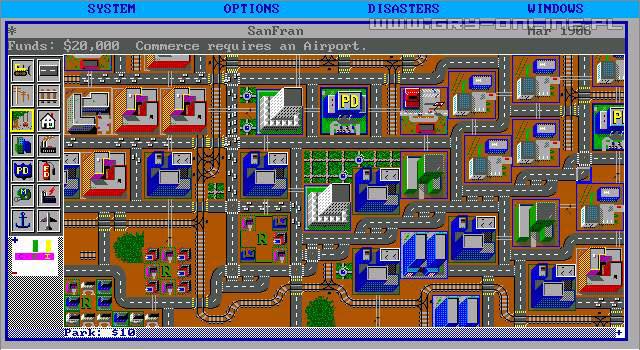 Prior to working on The Sims, lead designer Will Wright was hard at work creating SimCity, which became a financial success. It even became the ninth best-selling computer game from 1993 to 1999. This game put Wright on the map, but he didn't stop there, oh no. He continued developing simulation games, making a total of six sim games before finally making the game that he should have made a long time ago. A human-life simulator; The Sims.

The Sims was released in the year 2000 and soon became successful. It took what people loved about Wright's simulation games and directed it more towards having the player control a single character - a sim - or a family. The game was far from being a genuinely violent game, the closest you get is kicking up a dust cloud and winning or losing a "fight". This was something of a welcome change, it wasn't "shoot here, go there" it was more like "cook that, observe everything". The game even utilized its own fictitious language, which even to this day I want to decipher. What does it mean when they're talking about cats and all of a sudden they're talking about nuclear explosions? The world may never know. But, I digress.

With the success of the first Sims game it was to no surprise that there would be more to the series. Two years later the world saw the release of the next game in The Sims franchise. This would be known as The Sims Online. It featured a mass multiplayer world locked behind its $9.99 a month subscription fee.

Unlike its precursor, The Sims Online was not as well-received as EA wanted it to be. The game was bland and lacked imagination and customizable items, which was something other online games like Second Life - a mass multiplayer online game that focused on socializing with real people - accomplished. This led the game into a downhill spiral that led it to be rebranded as EA-Land circa 2007, only to finally close their servers on August 1, 2008.

While The Sims Online was slowly dying away, 2004 rolled around where EA released the next main title for The Sims series, The Sims 2. This game bumped up the graphics and changed the style to a much smoother and cleaner 3D design. The Sims 2 didn't limit the gamer nearly as much as The Sims did when it came down to the create-a-sim. The player was able to create a child (with the exception of babies) from the getgo unlike in The Sims, they also allowed the player to structure a sim's face and mix hairstyles with the newly shaped face, and if you're into aliens you can be abducted and potentially impregnated as a male sim.

The game was highly successful with a staggering one million copies sold in only around ten days, this was a record at the time. But, in April 2008 they took to the now-closed TheSims2.com to boast that they breached one hundred million copies sold to the populous. The popularity led to DLCs being released and before too long 2009 came along and everything changed . . .

This. This was a new age of The Sims franchise. This was why people were happy to wait as long as they had to for this game to be completed. The Sims 3 was released to the public in 2009 and it was vastly different from its precursors. It was more detailed in the create-a-sim, even adding the classification of "young adult" which was originally exclusive to The Sims 2: University DLC. Within the create-a-sim there were clothes to choose from and while the base game's selection wasn't all that impressive, it was forgiven because of the different colors you could choose from through the customizable color wheel, the sims around you age and die over time, making it a tad bit more realistic, and who could forget the collectables found around the open-world?

All of these were massive changes, they were welcome to many, especially since Maxis fine-tuned the sims' needs to be more manageable. I cannot count how many times I was playing The Sims 2 and had my sim go to work hungry because he had to shower and didn't have time to eat. The game was highly praised and even to this day my brother and I still find ourselves coming back to The Sims 3 and all its DLC. 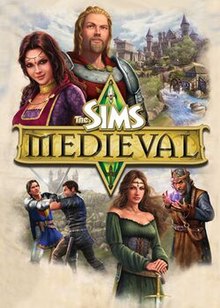 I personally had high expectations for The Sims Medieval when I first heard of it. I like medieval themes in video games, movies, and even music. Fun fact about me; I want to learn to play the lute. But, sadly despite it being closer to the release of The Sims 3, as it was released in 2011, it didn't live up to what I really hoped for.

When I saw The Sims Medieval the first thing I thought was the possibilities that could be done, I expected it to be like The Sims 3 in the level of customization, but nope. Sadly, the game is majorly quest-driven and you will find yourself having to live as a king or queen for a while walking around town and potentially get robbed by that same gosh darn guy by the cemetery and cave. Seriously, does that thief have nothing better to do than to pick on royalty? I digress.

The game has a free-roam option where you can roam around, however, it is an unlockable, something no one would like to see in a video game about simulating life. Nevertheless, it's a decent game, even with its flaws, and trust me there are a lot of them. Now, I won't lie, it gets boring playing as a single character, often leading you to scrap that character and start a new one. This game was the last game to utilize the free-roaming feature that players had grown so fondly of.

This was the black sheep of the series, sure it wasn't as bad as The Sims Online, but at least The Sims Online had the excuse of being a game from 2002 and merely the second game of the franchise. The Sims 4 was its fourth mainline game and this was actually a gameplay downgrade. Sure, they improved the graphics from The Sims 3 but, they also nixed the open-world and the gameplay elements that made the game interesting.

Maxis generally replaced the moodlets with their "Emotion" system, which was way, way, WAY too sensitive. You could be happy as a clam one moment and then all of a sudden you're sad because you caught a sim playing the violin. You could be energetic and ready to go work out, then all of a sudden you're sim is angry after a single bad conversation. People can be sensitive in real life, but I cannot think of anyone I've met who is even close to being this sensitive. They also took away the color wheel for clothes, which was a BIG mistake given the clothing options were rather . . . boring even with all the DLC.

The Sims 4 was mediocre at best and was subject to a decent sum of criticism from the Sims community. It wasn't even all that loved by the critics, not only were they unable to review the game before its release due to the lack of review copies provided, until a day prior to its release, but many had played or knew of The Sims 3, which was vastly better in a gameplay standpoint, which is the most important part of any video game. Sure, The Sims series was meant to simulate life, but The Sims 3 was the best of both worlds, and yet they neutered The Sims 4 of all the great features The Sims 3 added and replaced them with lackluster gameplay and towns that leave much to be desired.

Here's to hoping by the time we finally receive that much needed fifth installment, Maxis will find a middle-ground between The Sims 4 and The Sims 3.