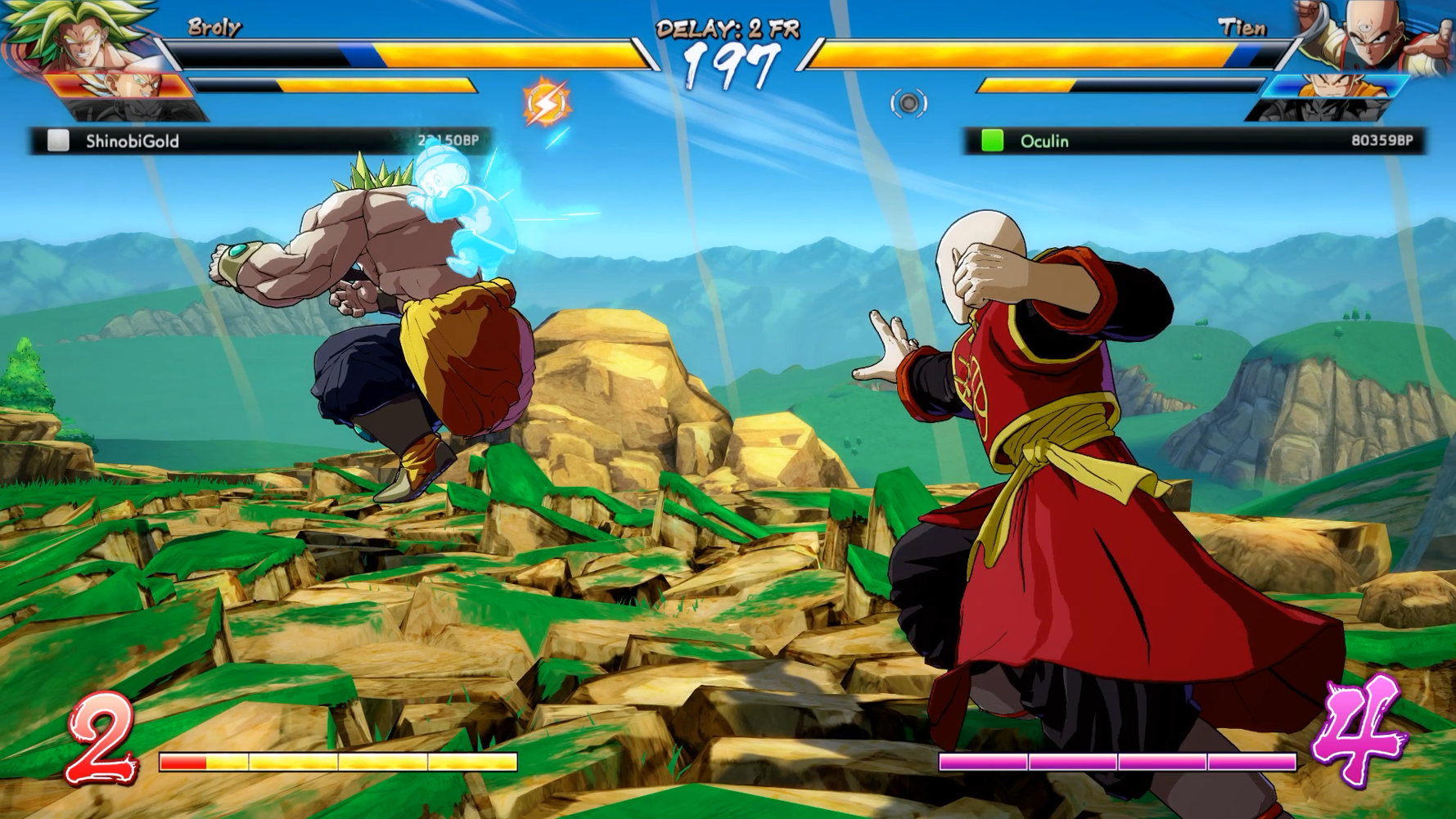 Despite living in the city which EVO is held, spectacle competitive gaming is something I've never resonated much with. I'm not good at fighting games and probably don't even understand the simplest concepts to start becoming competitive. I just play them in my home against AI or online opponents for 5-20 hours before calling it a day and moving onto something else. This is how I like playing them, so it's not really a bad thing in my eyes.

Dragon Ball FighterZ, in a lot of ways, feels like it's intended to serve both an inexperienced and advanced audience. From the beginning you can see it. Even if you're completely unaware of how to play a fighting game, pressing a single button over and over will automatically create a lengthy combo. Yet, at the same time, I've seen more advance players find ways to chain them together into one massive flurry. DBFZ puts me in a weird spot though. 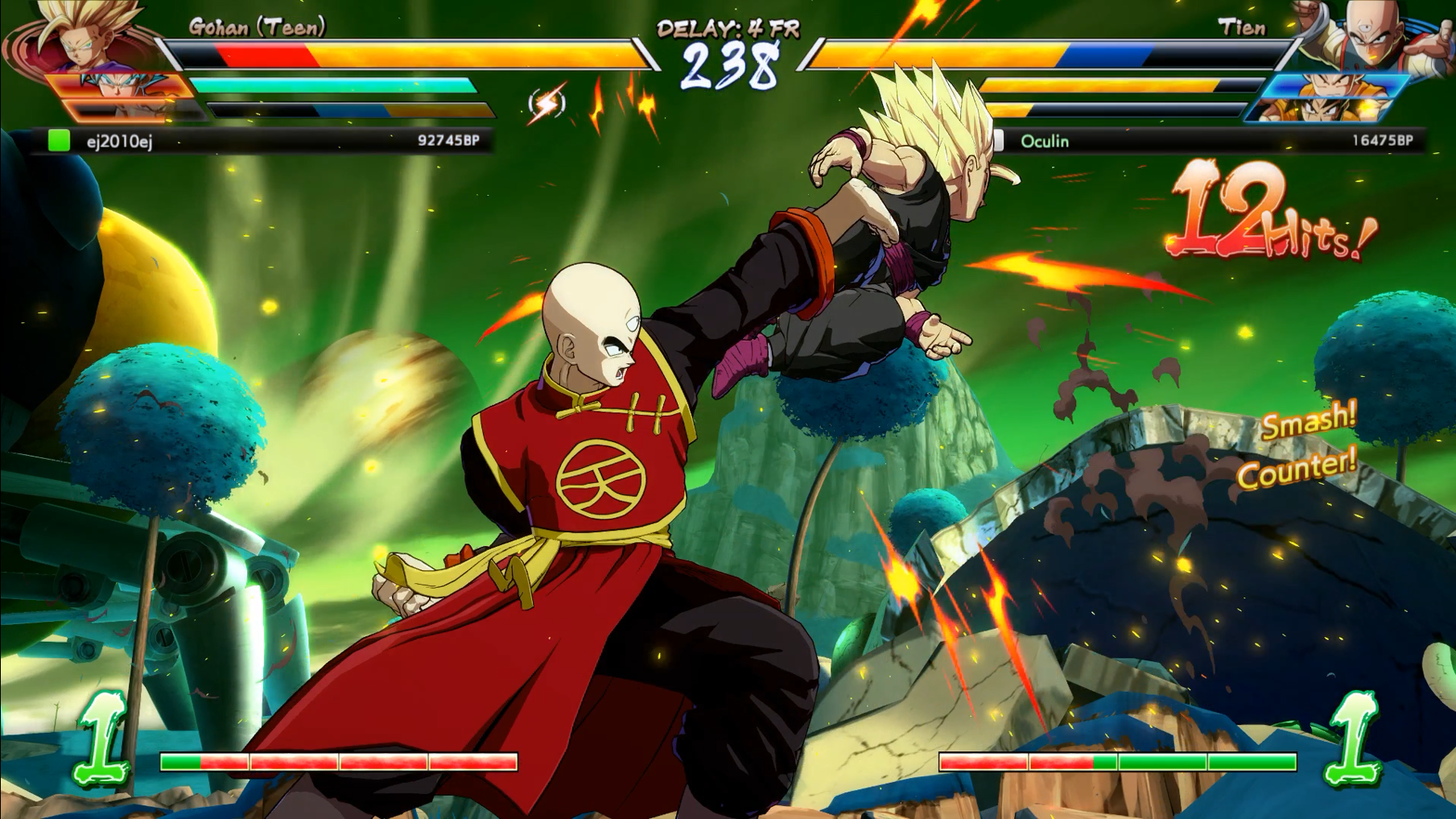 I'm not sure if I'm just a random button masher. When playing fighting games, I just kind of feel of rhythm of combat. Obviously I become somewhat familiar with what's going on when spending more time with a game. That being said, most of my playtime consists less of me knowing exactly what's happening and more of pacing out moves of different types. I adjust per character, learn a few of their unique moves and try to mix things up a little. Overall my basic combo is just starting with light attacks, moving to medium strikes and finishing off with a hard final hit or special skill.

Is this how you should play a fighting game? Probably not. But it's the general foundation I apply to my limited time with each one. It really makes me value franchises like Dead or Alive, Soulcalibur or even something like Skullgirls where moves more or less flow into each other no matter what you put in, even if there's a significant number of ways punish those inputs from a more advanced player. 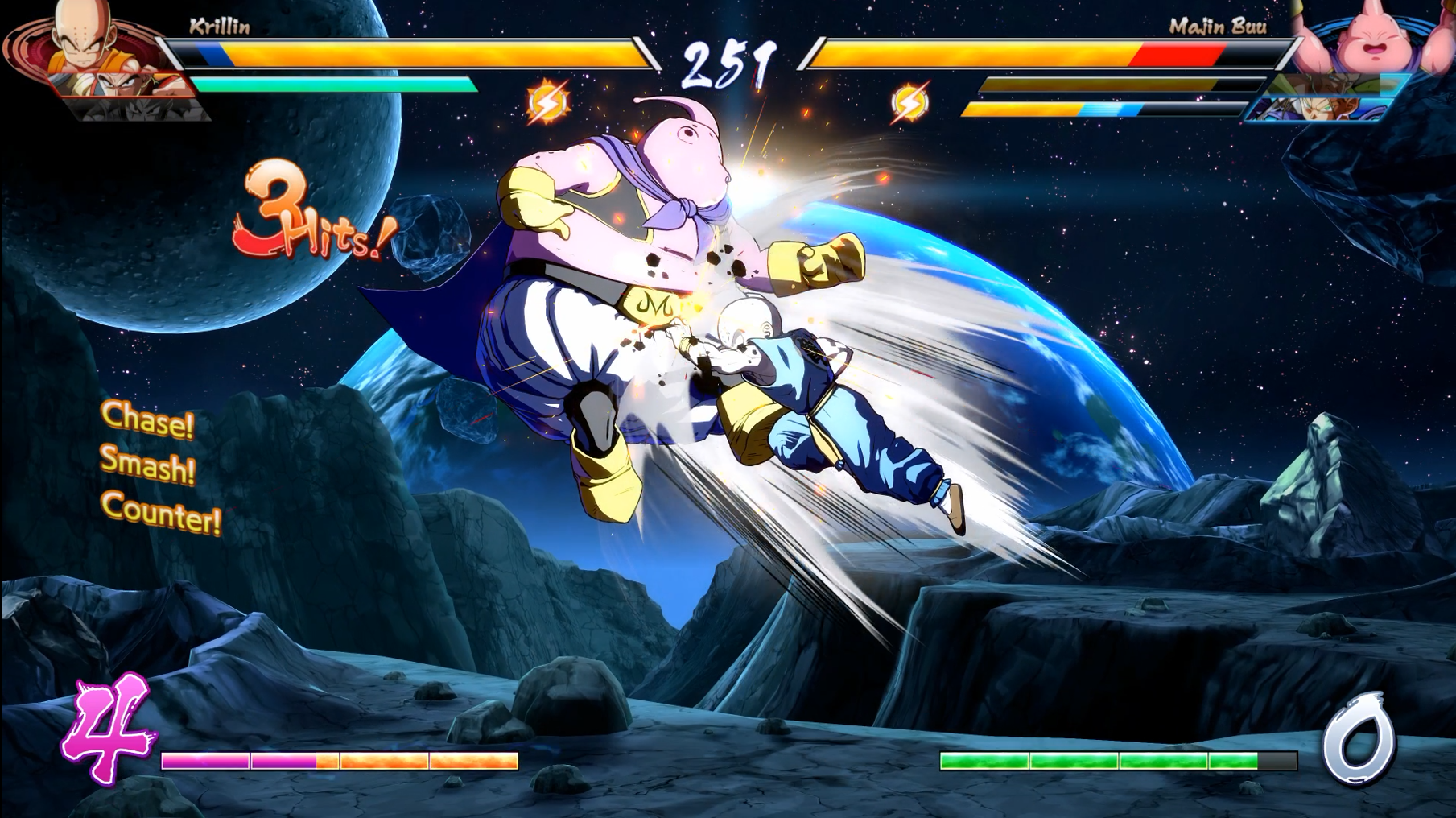 The problem I run into with Dragon Ball FighterZ is doing light attacks doesn't result in just some short jabs. If you press it enough, suddenly you're smacking an enemy into the distance, dashing towards them, beating them up in the air and eventually smashing them to the ground. Or in the case of medium attacks, it seems like it will automatically mix specials in.

The auto combos probably goes beyond anything I would normally pull off on my own, at least consistently. Though at some point it feels the game suddenly decides to take over and run on auto-pilot. It leads to a lot of situations where I feel restrained and frustrated. I often want to follow up with a medium hit but my last light attack “completed” the combo to start out a different sequence of events. I almost would prefer to whiff my medium strike rather than automatically short dash mid-air and be left floundering there while re-evaluating where I am, my current state and what I'm doing with my life playing as Krillin. 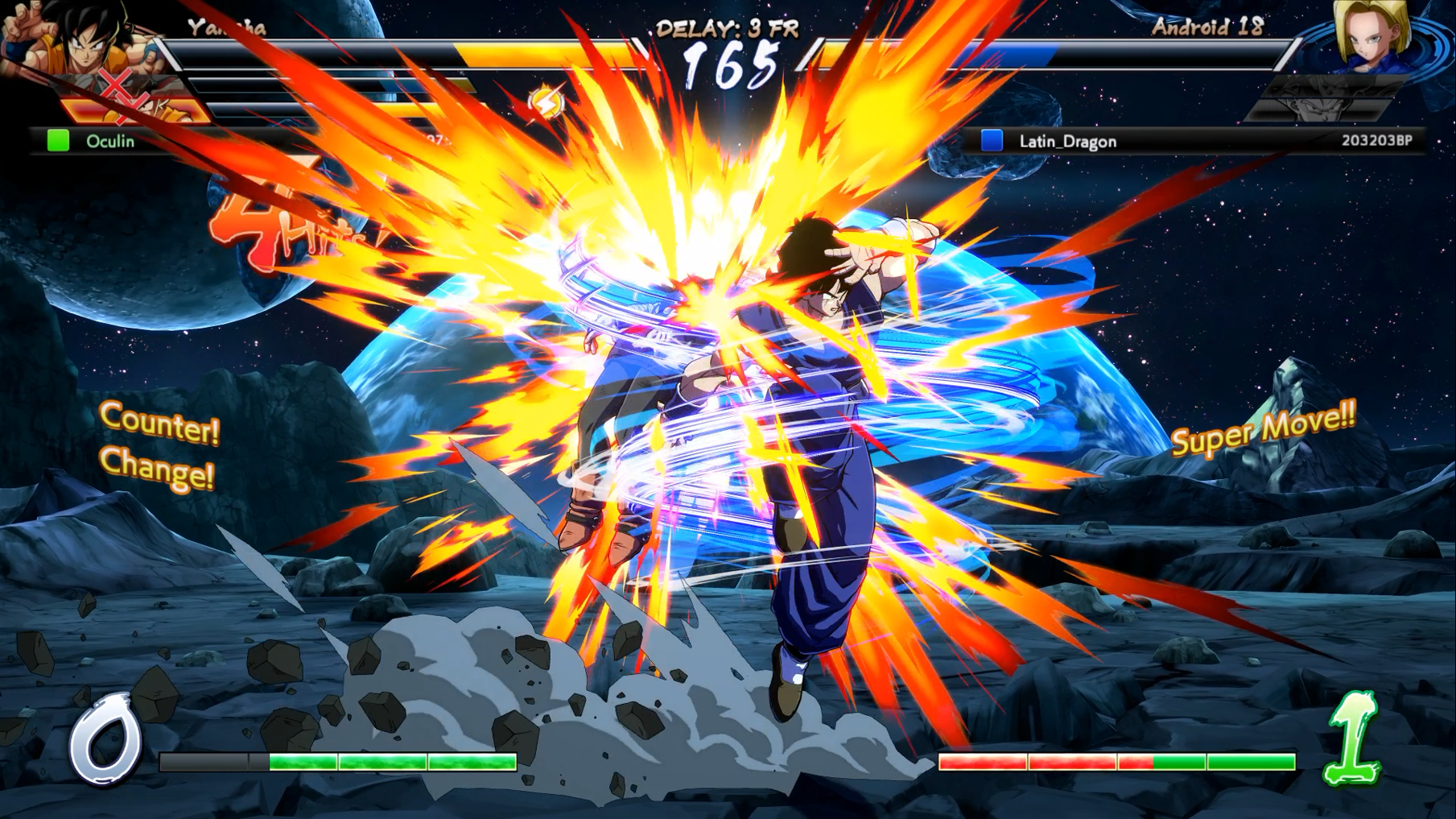 I don't really think this is an issue with DBFZ. It's more of just me being stuck in a specific way of playing fighting games, which isn't compatible with how it was built. If I dedicated even just a little bit of time to learn the ins and outs, rather than just playing using my baseline knowledge of the genre, I'd get over this issue quick. However, I feel good just moving on... renting it probably helps in that feeling. I love the flashy style and enjoyed DBZ as a kid, but I feel done with the series. I lack much curiosity for exploring the story mode or even the roster in general.

I pretty much stuck to Tien, Yamcha and Krillin the whole time, because they're human and not a super powered alien race. There's something satisfying about the weakest characters in the series overcoming the most formidable beings in the universe. It makes me wish there were more of these types of characters, yet even just having three is likely the most I could ask for. 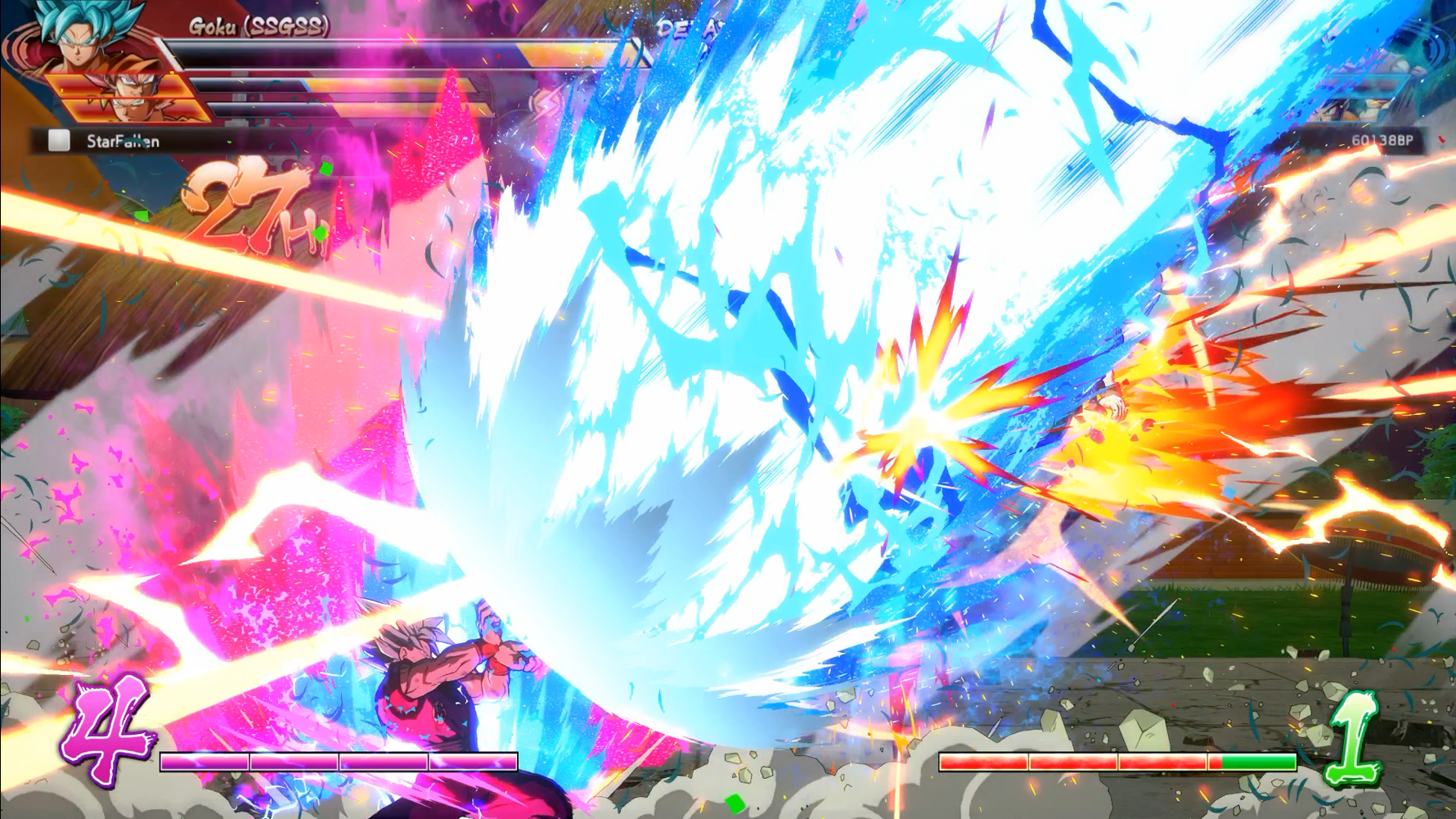 As usual, the most I can say about any fighting game I enjoy is it's all good fun. Dragon Ball FighterZ in particular is clean, looks extravagant and makes sure even the most inexperienced player can do more than just poke their foes to death.