A talking Pigs thoughts on Ghost of a Tale.

4:39 PM on 04.09.2018 (server time)    0
Ghost of a tale is a game created primarily by former Dream-works and Universal veteran  Lionel "Seith" Gallat who kick-started the game back in 2013.
I first noticed it back when ol Jim Sterling played it years back but it fell off my radar for a while given it's slow development time and my reluctance to buy anything early access, however I was even at that stage blown away by the games visual style which I think for me and many others have been the main hook that initially drew us in to it. 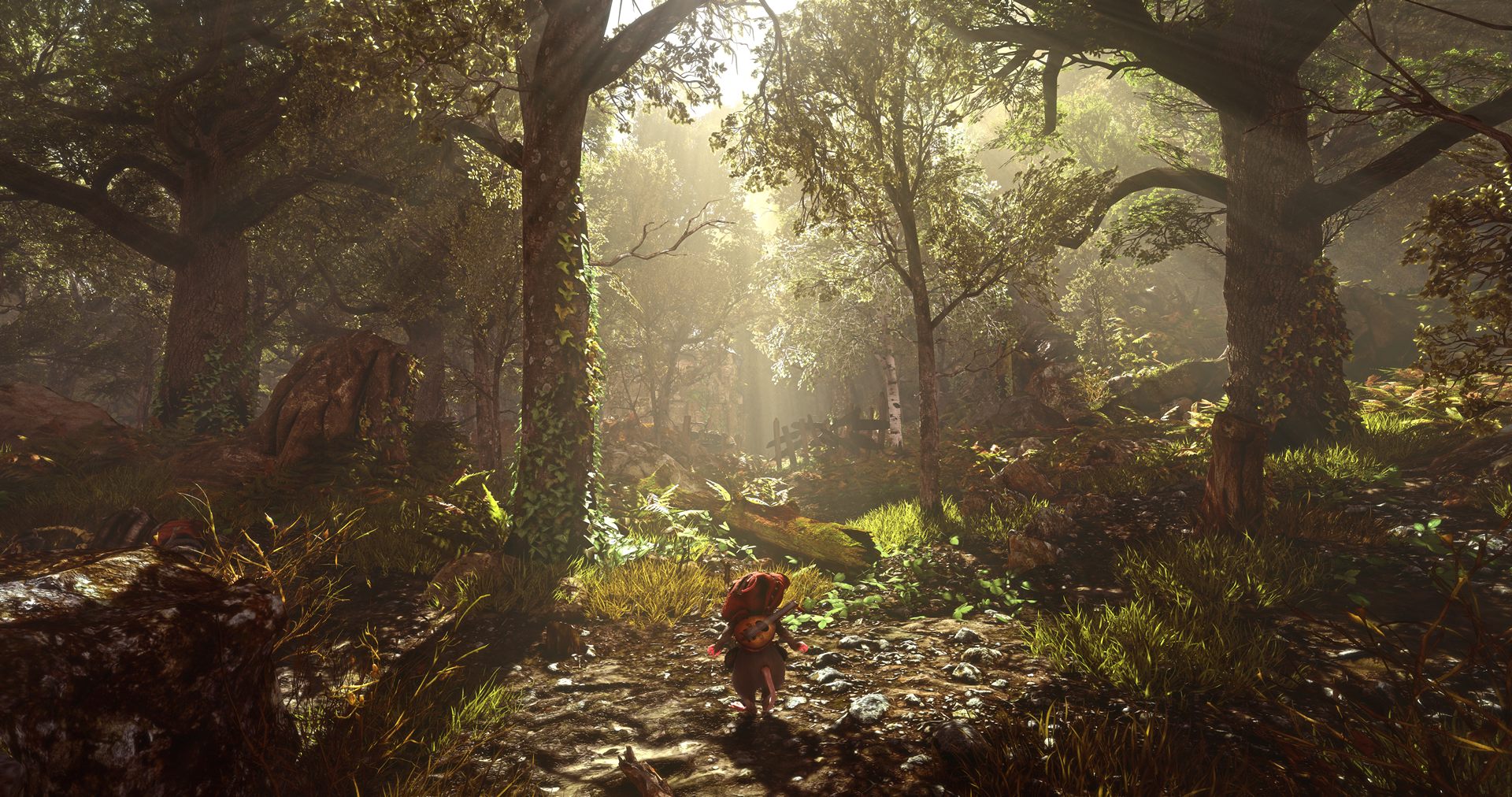 Gameplay
The initial game play is fairly simple you can sneak past enemies and if they see you then you have to run and hide under tables, cupboards, the usual stuff that you mostly see in horror games trying to replicate Amnesia.
Normally I hate this sorta game-play but it works mostly fine in GoaT and the game gives you other ways of dealing with enemies such as throwing bottles at them to knock them out or sticks to distract them, or simply taking your chances and running past them so you do have options, plus the stealth itself isn't difficult and at an early to midpoint of the game you have ways to bypass it entirely.
This leads to GoaT's other main game-play features that being disguises and the true meat of the game exploration/fetch quests, the game is primarily exploration based normally fetching stuff hidden around the map for different characters or quests. Now I can definitely see why some people would be turned off a game that is mostly fetch quests, however  I don't really see it as a minus as the games world is clearly the focal point and is a joy to explore, I've combed over the map loads of times looking for items I may have missed,  if something proves too difficult or tedious to find you also have the option of paying the blacksmith for clues or for him to mark down the locations of items or clothing.
One issue with this I do find is that it's not always apparent if you can finish the quest you're currently doing with the area's available to you, more areas are unlocked throughout the main story and this has led to me sometimes running around the same area's countless times looking for items that I can't access yet, though that could just be on me for being too stingy to pay the blacksmith.
The game also employs some creative uses of it's environment sometimes, such as using sticks to throw and hit levers or having to carry stools in order to reach otherwise unreachable items, sadly the game doesn't use these idea's to their full extent which is a shame I like it when a game wants me to use my initiative like that rather then just searching through all the containers I can find.
Clothing pieces you collect will give you different stat boosts, most of which are not really noticeable or important, the only ones I concerned myself with were audio/visual auditory which changes how fast enemies respond to you; and sprint speed/ stamina regeneration, because fuck knows you're gonna do a lot of running about in this game.
Clothing pieces main usage though is that some of them have special abilities when fully dressed in the whole set, armor for example armor will allow you to walk around the keep without anyone even batting an eyelid at you, you can even talk to the rat guards which gives them some nice personality, however the trade-off is that you are very slow and clunky, there's another set that does something similar the ranger suit which stops them from trying to kill you with some interesting trade-off's, the suits all have a usage though whether it be tricking certain characters or blending in with the guards.
Really i think your enjoyment of the game-play comes down to just how much you can get lost in it's world and how much you enjoy searching area's top to bottom , it relies heavily on it's atmosphere and world design.

World Design/Atmosphere
As I said before the game was developed by a former Dreamworks and Universal veteran and it really shows, graphically ghost of a tale is one of the best looking games I have ever played, the art direction reminds me of 80's fantasy paintings and movies such as the Dark Crystal with it's highly detailed world and anthropomorphic animals.
An interesting comparison I found is just how much it reminds me of Dark Souls, the entire world is built in a metroidvania way, with plenty of organic feeling shortcuts between the different areas of the map in a similar way that souls has done, the sound effects also heavily remind me of souls, I think it's a comparison best made in the crypt area's and forest locations.
The sound design is minimal but effective, there's only a few pieces of music within the game but I enjoyed all of them quite a lot, the game prefers to let the worlds graphics, atmosphere and sound design speak for itself.
The locations are also pretty varied as well, the main hub area of sorts seems to be the courtyard since it has access to most of the area's of the world, other areas include the impressively beautiful keep, the sewers or the harbor the last of which reminds me a lot of the atmosphere found in no mans wharf in dark souls 2.
Overall the world was always a treat to explore for me, even when I was combing over the same area's I found it easy to get lost in it's world and detail.
Characters/Story/lore 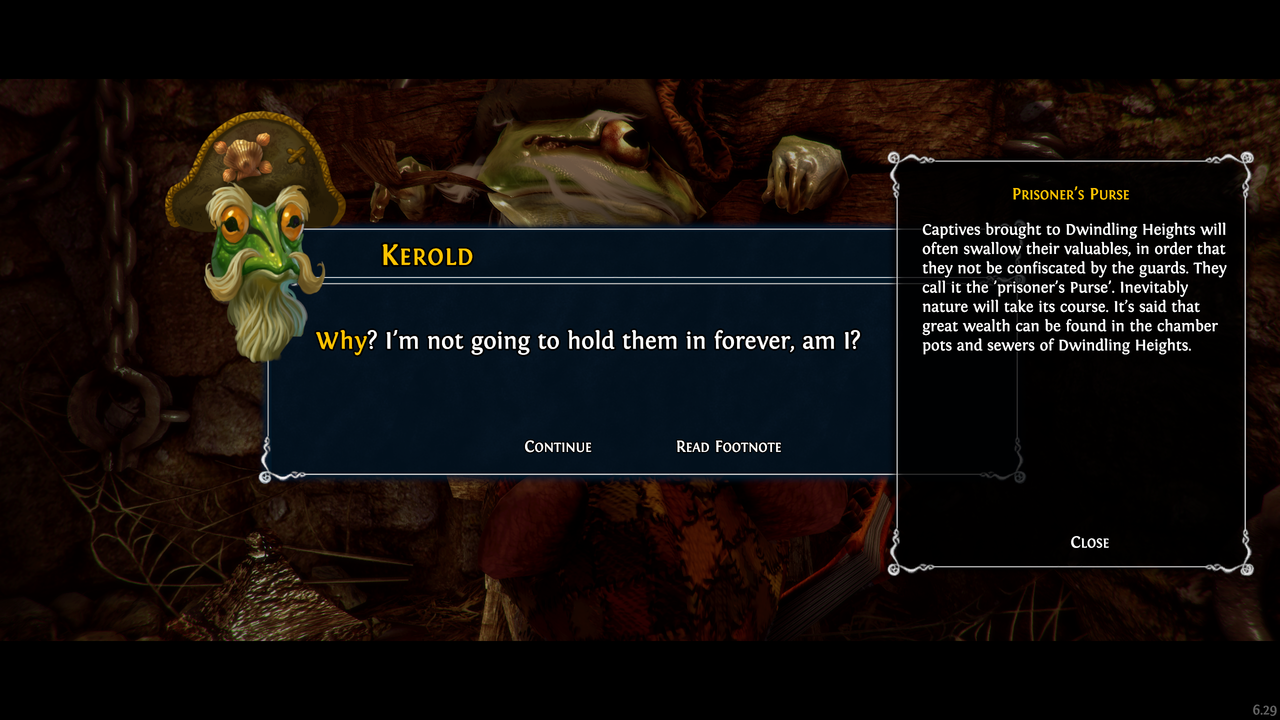 You play as Tilo a minstrel mouse who was thrown in jail and separated from his wife after the latter refused to sing at a barons request, after finding a key and a note hidden in your cell, you escape the jail in search of this mysterious stranger who's helping you.
The main story itself is interesting but fairly simple most of the best storytelling comes from the characters themselves and their interactions.
The worlds backstory and lore is pretty good, there's a lot of backstory about the different cities and politics of the world and of it's past as well, there's a lot there to be expanded on in future entries which the ending makes very clear are planned.
1000 years before the game there was a war with something called the green flame, a ball of fire that swept across the world killing all who stood in it's way and reanimating them as undead soldiers.
The mice committed  an act of treachery during the war in order to try and spare themselves from the flame, a crime they are still unfairly treated as lesser being's for, while the rats are hailed for defeating the flame and saving the world.
A big detail I love about GoaT is how much detail they added to the item descriptions, everything even down to bread has a story so to speak, all of which serve to deepen the lore of the world, during dialogue you also have the chance to look up specific lore entries on certain words or phrases such as when certain towns or races are mentioned, I love it when games give this level of detail even to small things.
As said the real meat of the story comes from it's characters, there's not a single character in GoaT I didn't enjoy, all of them get great lines and comedy especially the two mice thieves Gusto and Fatale or the slightly insane pirate frog Kerold who REALLY hates Tilo.
A fun detail is how characters will react to certain items in your hand or suit parts you're wearing such as Fatale freaking out when you have a stick to presumably attack them with or the blacksmith who refuses to serve you if you wear a pirates hat, it's a minor thing but adds more character and it's something I really appreciate, I tried a lot of different combinations to get results.
It's not just comedy though, there's actually some really good character development and backstory from some of the characters, best of which would be Silas the signal guard of dwindling heights keep, even the frog get's a bit of backstory later on despite being more comic relief then anything else.
Overall I love it's characters enough to say i'd replay it just to hear the dialogue and banter alone.
Bugs/summary
If there is one major issue with GoaT, it's the bugs, the game is littered with them, some of which are game breaking and can really hurt the experience such as controller issues, a big issue i had that forced me to put down the game for a while was just how bad the loading system was, at launch the game took 5 minutes or more per loading screen for me and there are two to get into the game(thankfully the loading screens after that are instantaneous and only on loading saves), even crashing my PC once, and even then once in game my controller was sometimes borked enough to force me to shut it down again.
Graphically it acted a bit weird too, stuttering a lot despite my PC apparently being strong enough to handle the game To be fair to the developer, it was a one man team and I can say he's been putting out nonstop patches to the game to fix things, it's definitely a lot better then it was at launch though it still has some stuttering issues and I've ran into a few other weird glitches such as character portraits getting temporarily mixed up or(and this is the most horrifying bug), the death screams of spiders I've killed reactivating for a few seconds whenever I enter their vicinity again, leading to a symphony of screeching.
I think with a few more patches the game will run almost flawlessly, but if the idea of some of these bugs annoys you a lot, steer clear of it for a while.
Overall I loved Ghost of A Tale, it's charming, it's very well written and despite being repetitive in some ways, it's exploration, fetch quest game play was highly enjoyable, i'd recommend watching some vids on it to see if you enjoy the look of it's world and characters before a purchase, if you like them but dislike fetch quest game play you might still get enjoyment out of it if not just due to it's characters and world.