Winter hours continue here at the house of Amna, nothing cuts into your time to recap like a sixty hour work week compunded with a personal loss and the release of a follow up to one of your favorite games of the past decade.

Yes I fell hard in love with Into The Breach like the gigantic hipster that I am because I have no soul and must love anything put out by Subset Games. In reality though the game would be great even if it didn't have that name attached to it. It really grinds on you to make some hard decisions about what type of damage to take and how to get through as best as you can because it will not let you go through unharmed. How like life eh?

I typed those first two paragraphs up two weeks ago and now that the final grasps of winter are truly released, I have been released from the winter hour hell. I'm still busy as hell just marginally not so much. Haven't really had time to game too too much, I have been making a dent in Nier: Automata when my soul doesn't feel like it's getting kicked in the dick by how horrendously sad the game is. I've only gotten one main ending and one joke ending but I'm really loving it for how much it doesn't care about your enjoyment and revels in the fact that you are puddy in their hands.

Seriously though, some of the things Taro does with that game are cruel. I must become him.

Any way here is a shotgun blast of recaps from the past month and a half of Saturday's, hopefully this will be the last time I need to do something like this as I don't like to bury good blogs in a deluge of information, I'll leave that bad practice to BioWare.

* - Around the time of Destructoids birthday, Seymour did a retrosepctive on the years they've spent here at the greatest gaming website on the internet. There are some happy memories here and it's great to see someone has catalogued so much of this sites history.

* - In the third entry in their blog on fighting games, Virtua Kazama talks about the benefits of training up in the character free play mode that comes in most fighting games. As someone who spent many a teenage afternoons in the Tekken training mode, I can attest to how important learning combos in the dojo as Kazama calls it. An uninterrupted stream of practicing combos allows your body to get into a rhythm and gives you that all important muscle memory. This is a great blog about some of the other benefits of getting your training in away from the vs. mode.

* - Nostalgia is a bit of a double edged sword in the gaming industry. Because of the memories we have of playing games at a younger age and the connection we had with them, a lot of the time newer games are looked down upon as worse because they aren't the same as when we first played. Goemar investigates nostalgia as a whole through the lens of the Doom franchise, focusing on DooM 2016 and how it compares to the original Doom. Great read here.

* - The return of Band of Bloggers is one of the best things to happen to the community blogging scene in years. Lord Spencer takes on this months theme of dragons by expanding on the Wii game they just reviewed, Little King's Story. Spencer recalls the first time they fought the Blue Dragon, a boss that was talked up a bunch in the game and the game actually delivered with a good battle. Take note BioShock: Infinite...

P - It's another episode of PSToid where the hosts talk about seemingly everything except PlayStation. Insert Mike Martin loves cocked up mamas refrance here.

A - SpaceDjin talks a bit about Splatoon 2's performance on the Switch and the odd phenomena of the game running better when it is undocked from the base. I've heard this is the case a lot which given the recent USB-C issues wouldn't be surprised if it was related to power flow through the system while it charges but who knows, I'm no electrical engineer. 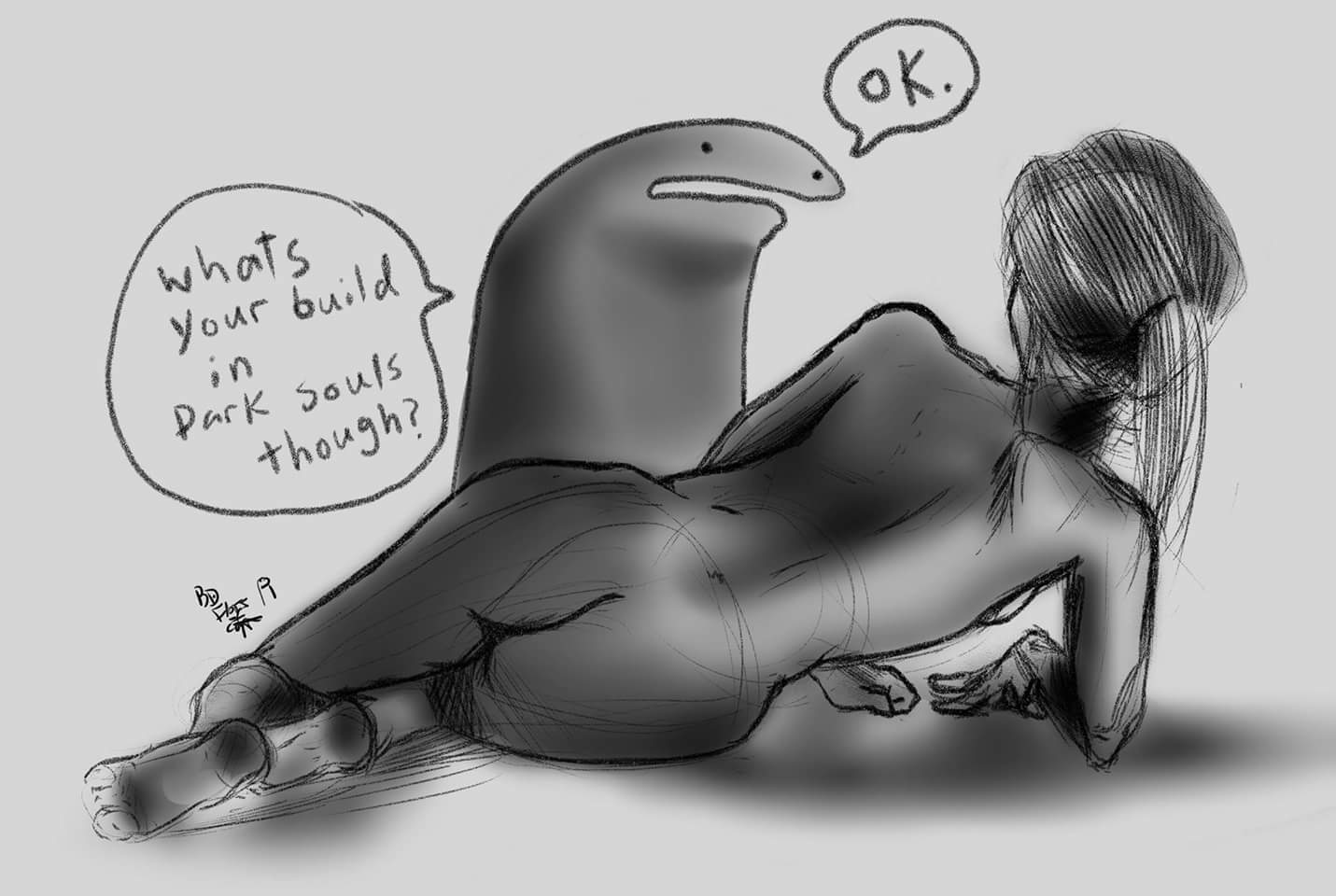 D - Occultuscmd posted a few art pieces from the game that they are working on in their free time. It looks like a cool mashup of Metroid and cyberpunk so I'll eagerly be looking forward to more of this game in the future.

T - Have I talked to you about how much I love Into The Breach? Because I really love Into The Breach. First time blogger yimberham has a few thoughts on why Into The Breach makes them feel like a genius. Personally I've found it to be the exact opposite as when I get into bad situations I turn in on myself for that mistake I made two turns back but to each their own.

R - Lord Spencer reviews the character platofrmer Bug which was toted by Steven Spielberg to be the character that was going to make the Sega Saturn king of the fifth generation, except it didn't.

N - Another Saturn review from Lord Spencer, this time it is the platformer Pandemonium. Like many of the other platformers in that generation it seemingly hasn't aged well or just wasn't good to begin with.

T - I neither know nor care about the Zelda timeline because for me an overarching story just doesn't make sense in the context of most of the games, but that doesn't stop people from debating the timeline and where certain games fall. This blog by killias2 goes into a lot of detail about the different games in the Zelda library and where they fall. It does get a little heated but I think we can all shake hands and agree that Wind Waker was the best Zelda game of all time.

D - Black Shark studios returns with their second game dev blog about the gameplay of their VR Mech game V of War. As someone who remains skeptical about VR as a whole it is nice to see some developers try to simply integrate VR into a standard game instead of cutting off their audience by going VR only, so kudos to Black Shark for that.

N - Flegma is one of the reasons why I love this site, you would think that Lord Spencer would be the one to review and write about the oldest games on the site but no we have people here who will review MSX games. Sure not many of us will be able to play Laser Squad but it is cool to see Flegma look back on the games of their past. So take a look at a strategy game that probably came out before you were born with this blog!

R - Monkey830 ponied up the cash for the stone mason edition of Dad of War or whatever name Sony used for their collector's box. Monkey then wrote up their thoughts about the collector's edition and the opening bits of the game. Despite what publishers tell you, you can still find these editions post-launch and at times at a good discount so if you were apprehensive about dropping 150 smackers on a collectors edition then this is the article for you.

T - Shoggoth wrote a very very extensive list and breakdown about what characters they want in the new Super Smash Bros. for Switch. Personally this is way too far away for me to even care about characters especially after the DLC fest that 4WiiU turned into. I will say this though. BRING. BACK. WOLF. WOLF DID NOTHING WRONG!

R - Lord Spencer reviews another Wii game for their retrospective on Wii exclusives. Up this time is Little King's Story, the real time strategy that looks like it takes equal parts Pikmin and cutesy anime art style to creat an enjoyable experience.

F - Dwavenhobble reviewed the Eden's Gate prequel to Far Cry 5 which was not released at the time of this blog but time stops for no one. I haven't watched the video so I didn't read anything other than the justification using an Alex Jones video but from what I've seen the story seems kinda cool if not flawed a bit. Oh well, can't be let down by Ubisoft if you have no expectations.

F - Dwavenhobble takes a look at the recently released movie Ready Player One and draws some connections to our current world, some insightful, some reaching. Personally I think the artistic value of Ready Player One is about the size and quality of your usual dung beetle dung ball but I've also seen worse blockbusters.

? - SquareElite dropped a bunch of info about the PC release of Final Fantasy XV and that's about it in this "blog." Not bad enough for the failtoid, but still kinda off. 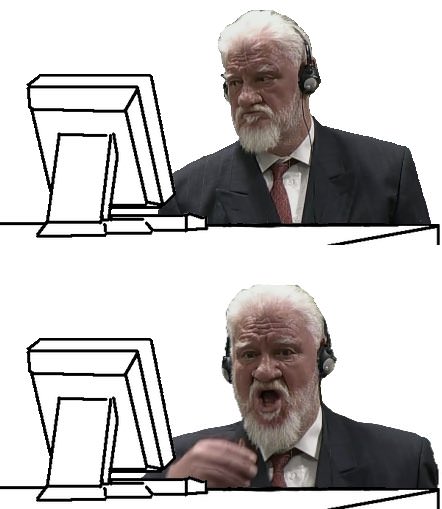 Alright until next time, which hopefully won't be another month and a half! 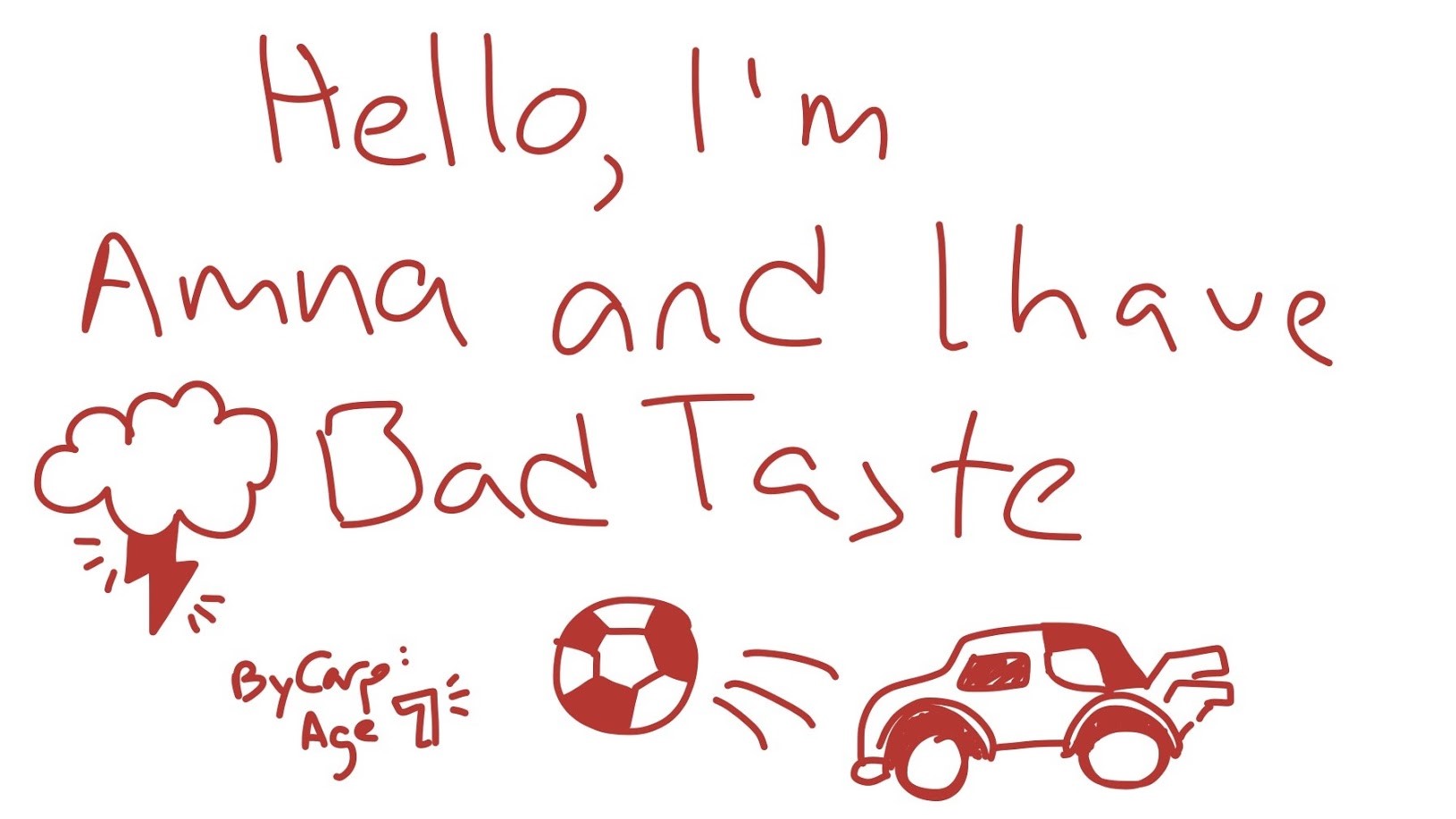