Draconus: Cult of the Wyrm – Medieval Knights on Ice 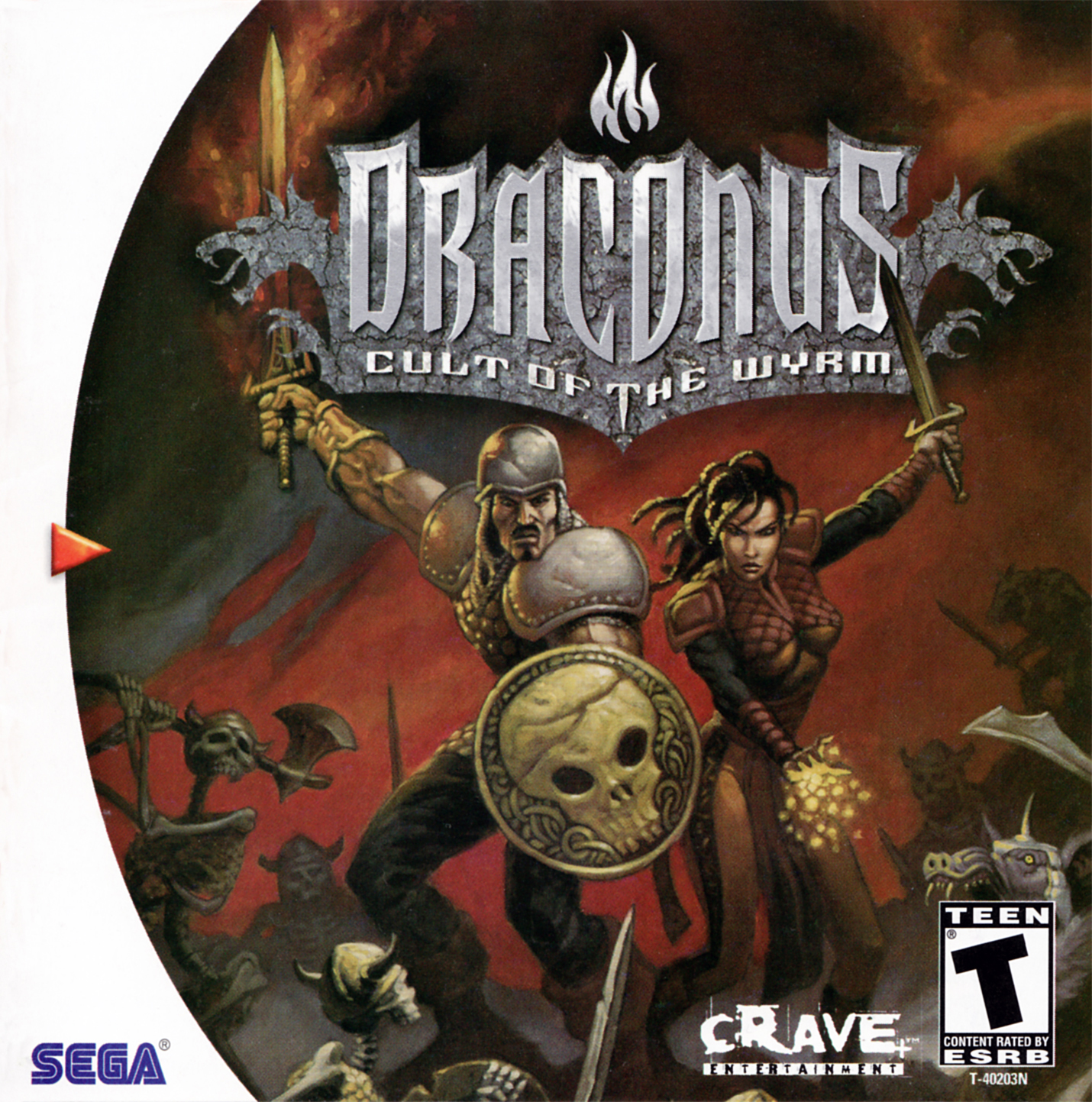 Draconus: Cult of the Wyrm is a Dreamcast game that may seem like it has no relevance beyond its year of release. It's the spiritual sequel to the 1998 PC exclusive, Die by the Sword, which offers free-ranged sword movement 20 years before The Legend of Zelda: Skyward Sword. More importantly, the developer behind Draconus – Treyarch - is now one of the major teams on the massively successful Call of Duty series. Along with Die by the Sword, Draconus is one of the only original franchises the team ever produced. 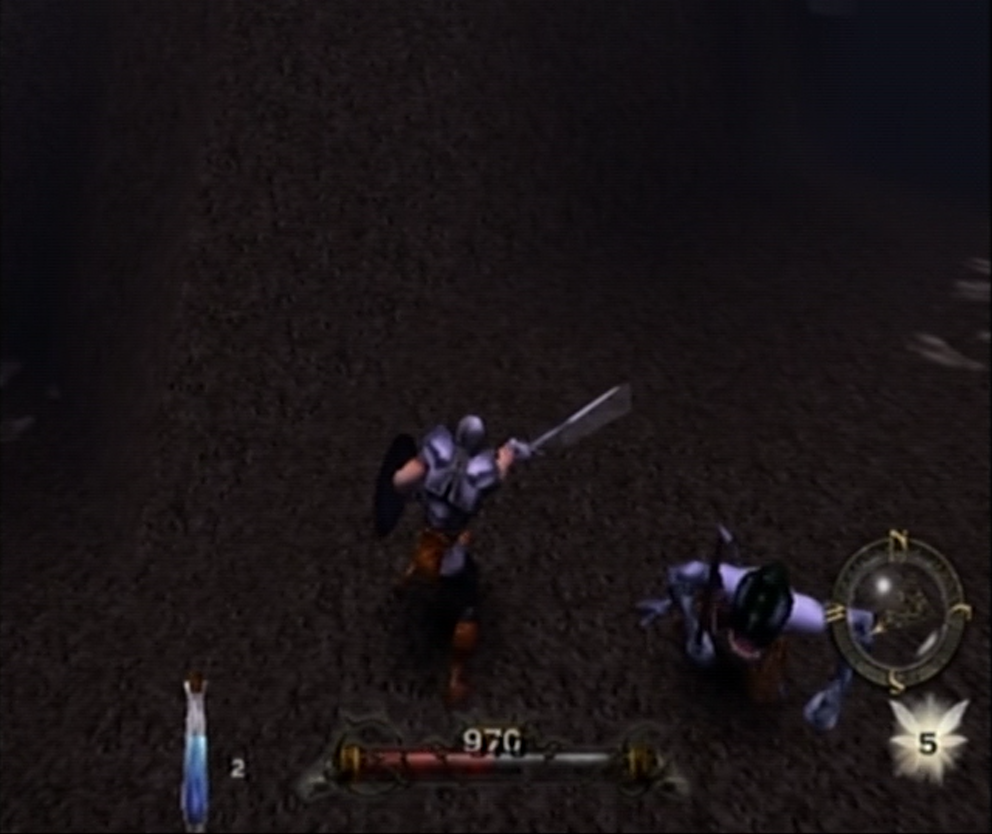 Tight controls and fast-paced action are part of what defines the Call of Duty series. Draconus is the exact opposite, instead featuring loose combat with lumbering animations. Mechanically, it's scaled down from Die by the Sword's free-form sword combat. Draconus uses only one button to attack, however you can perform a variety of directional swipes by moving the analog stick. The player has the freedom to slash in four directions and the length of time the button is held allows for slow devastating strikes.

If you've ever played a Dreamcast, you might have already realized a problem here: the controller only features one analog stick. Therefore, movement and attacks are mapped to the same input. Pressing up executes a quick stab that also lunges your character forward. Holding backwards produces an overhead slash that is accompanied by a backpedal.

Every slice is paired with character's momentum, creating a unique sense of movement. It's like if gladiators fought in hockey rinks. The slippery nature is likely a bad thing for most people. Unsurprisingly, I found it quite enjoyable. What would normally be two guys standing in place beating each other up is transformed into a ballet of jumps, lunges and spins. The camera gets stuck on walls occasionally which can make a frustrating, yet oddly cinematic, experience.

Blocking is a lot simpler, though also has a unique quirk. When the player raises their shield it only blocks a single attack. The shield must be manually raised to defend each strike. It's not a big deal in one-on-one combat, but fighting two foes at once will test your reflexes. Having three or more enemies just turns into a bloodbath as you flail your sword about trying to stay alive. Magic spells, as well as abilities, are much more efficient to deal with these situations. 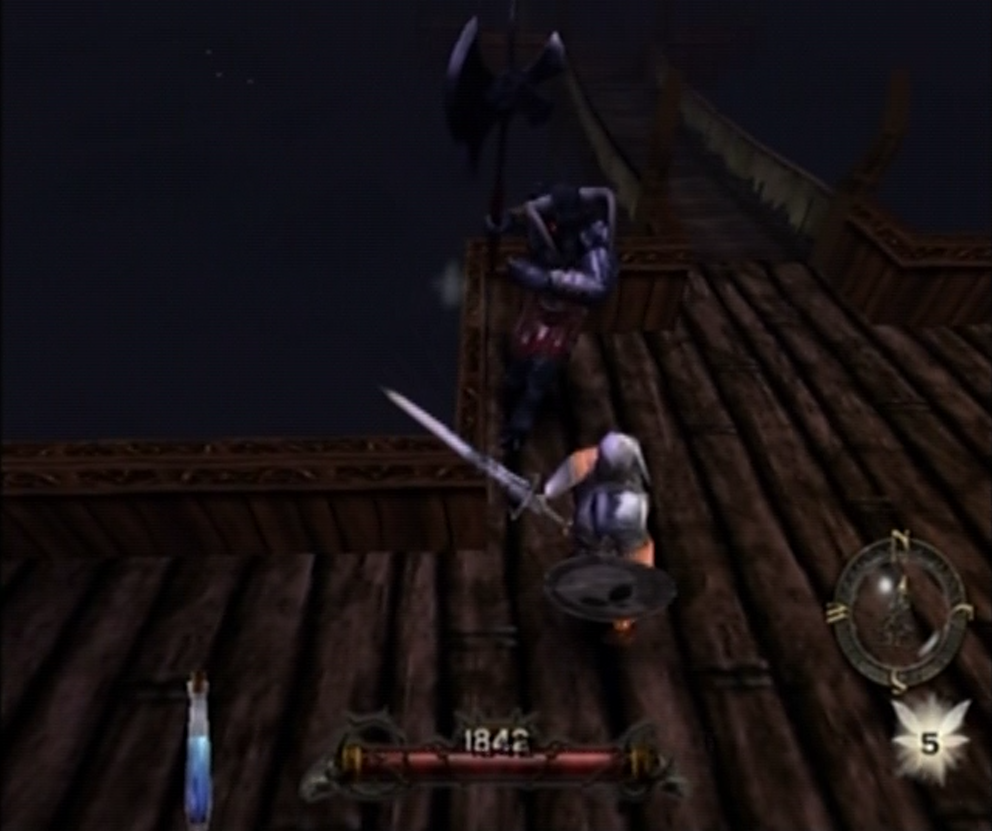 The amount of movement does become a problem in later stages. Any confrontation taking place on small platforms or narrow walkways will likely lead to your death. With no checkpoints, you'll have to return to the start of each mission. They're typically thirty minutes to an hour each, so there's some potential to lose major progress.

It's a combat heavy game, though it does have some adventure elements. Each stage is fairly open with the main objective being hidden behind three to four major obstacles. The areas are the right size to give the player a sense of freedom without becoming overly vast. Unfortunately, when you do get lost, opening the map requires a cumbersome button combination.

Considering the game's style, there's definitely a risk of everything looking very samey. While that's not quite the case with Draconus, there is a bit of a trade-off in variety. Early on there's a limited range of foes, though it expands in the latter half of the game. Unfortunately, at the same time, the locales you visit start to rely heavily on caverns and castles, so the actual level variety decreases at the same time.

If you like some hot early 2000s voice acting, Draconus has that as well. The main characters are a stream of sarcasm and enemies speak in cartoon-ish high-pitched voices. It's completely ridiculous and I love it.

If you can appreciate the bizarre pace of combat, Draconus: Cult of the Wyrm is a surprisingly unique game. The Dreamcast may not have been the right platform for this project, but it would not be the same without it.