Recently, I got more time to play and stream some indie games and it was time to give Legendary Gary a try. The game boasts with its unique turn-based fighting system, hand drawn art, interactive story and with a synth-pop soundtrack. Let's dive into them more.

You play as Gary, a no lifer, not only obsessed by video games, but with zero motivation for anything else. The game can be considered the trial in finding motivation and growing up. One of the main attractions of the game is the RPG in RPG like feature, where you must try both worlds: one where you play as Gary and the other one where you play as Winkali, a warrior in a strange mythical world. Later, more and more correlations between the two worlds will be shown to you and in order to progress you must play both worlds. 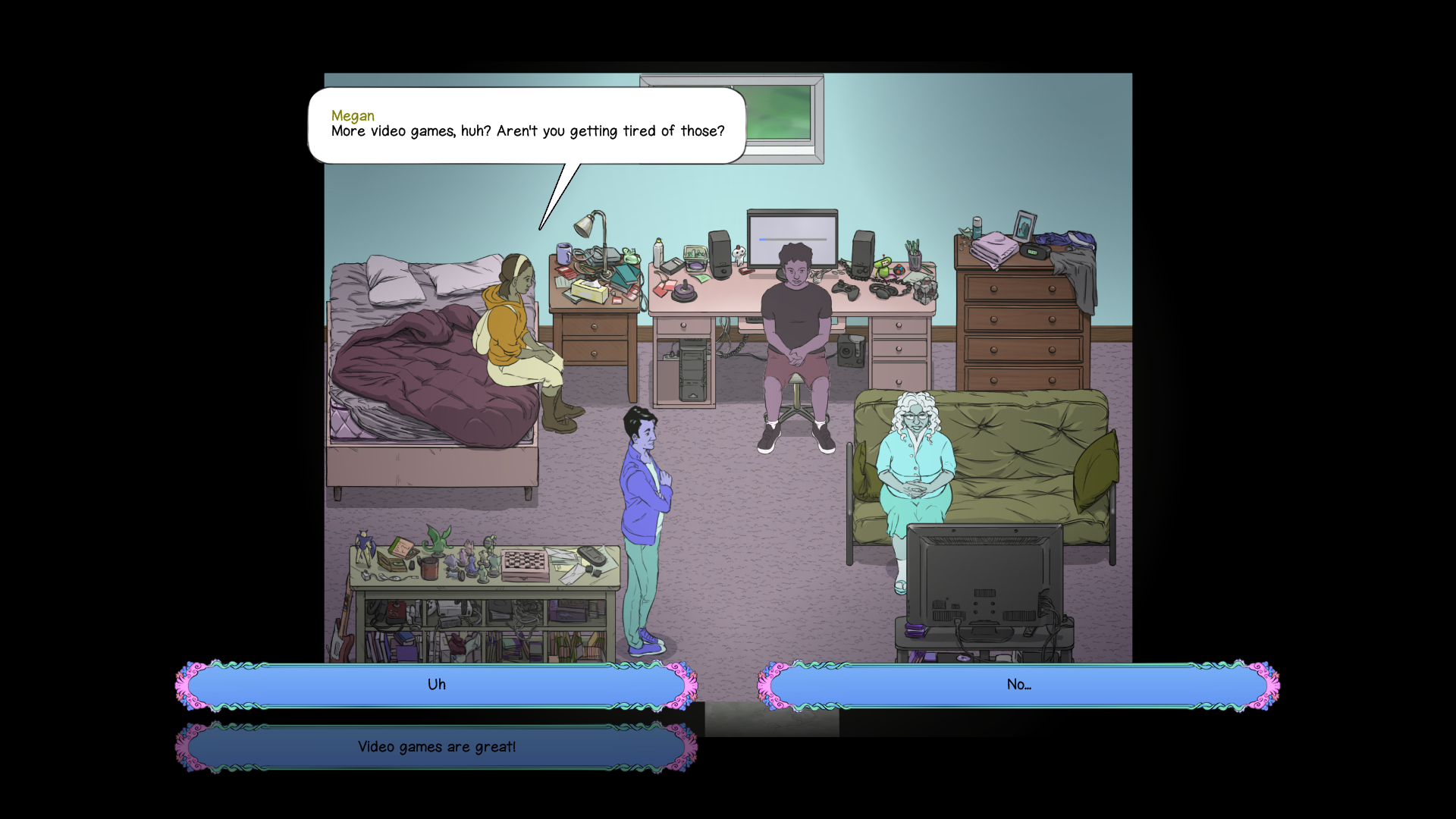 The combat is turn-based and it's only available in the game within the game. All entities move at the same time at the end of the turn and if you made a mistake you can easily rewind the action or rewind until you're satisfied with your current position. During the adventure you'll find more allies, each having different skills and requiring a different playstyle. The enemies also have lots of variations in movement and attacking patterns and you must learn the patterns and calculate your movements properly on the tiled battle arena. Also, you are able to see the enemies next movements so it encourages tactical thinking. 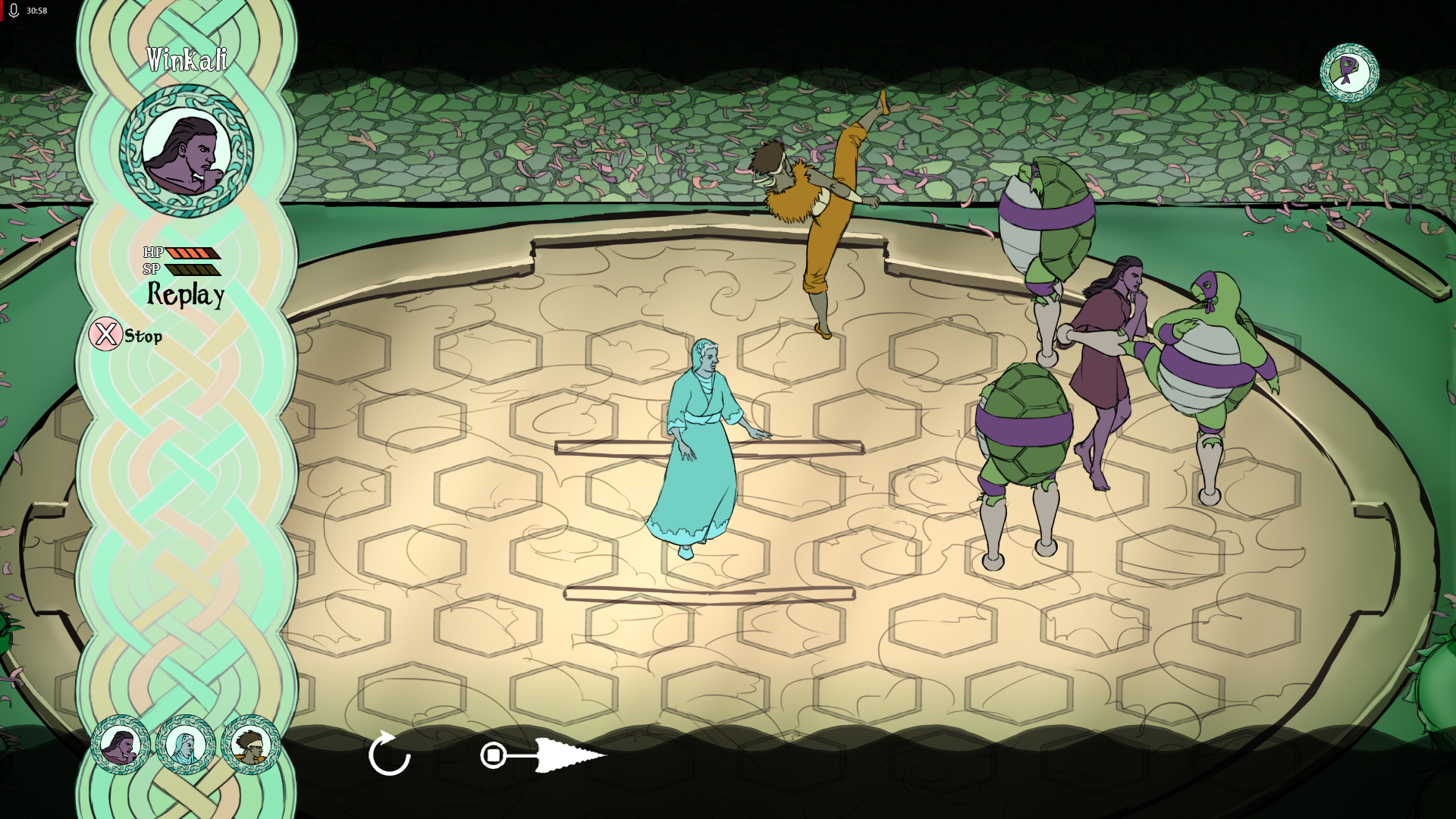 The artwork is impeccable. For an indie game it is more than I have ever expected, all the sprites are high quality, you can zoom in and out without losing quality at all and the environments look amazing. Even if they are static and there's not much realism in them, they integrate very well with the characters artwork. 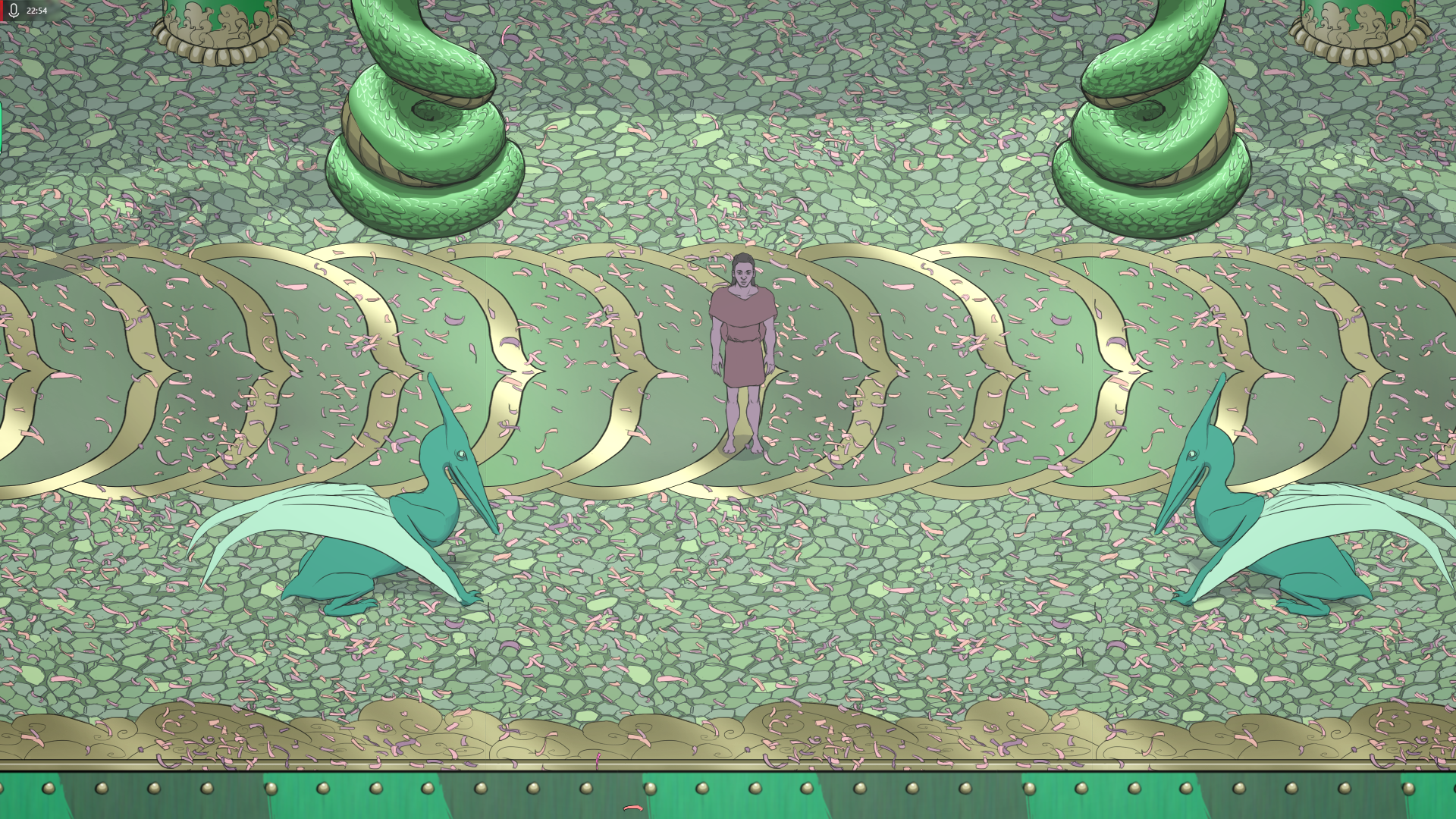 Aside the original and amazing artwork, the music contributes a lot to the overall atmosphere and it makes you feel like you're in the game and at the same time it's relaxing and has indie style that works hand in hand with the game style.

The dialogue system is usually made of 4 choices, some of them increasing or decreasing your motivation. From my gameplay experience, the choices didn't have a huge impact on the following events, but the dialogues change at the same time as you grow up and become responsible. From a no lifer, you will manage to get a great job, a girlfriend and have a positive/negative impact on the characters. The dialogues don't feel "forced" they are natural and the reactions to them too. Each character has its unique personality and a correlation with an in-game fantasy character.

If you don't like sims like games you can still enjoy the combat which is quite challenging and vice-versa. This game is a must buy, the artwork is impressive (not mentioning that it's made only by one guy), the music and the dialogues are interesting and lead to an incredible ending (don't be tricked by the false crash ;).