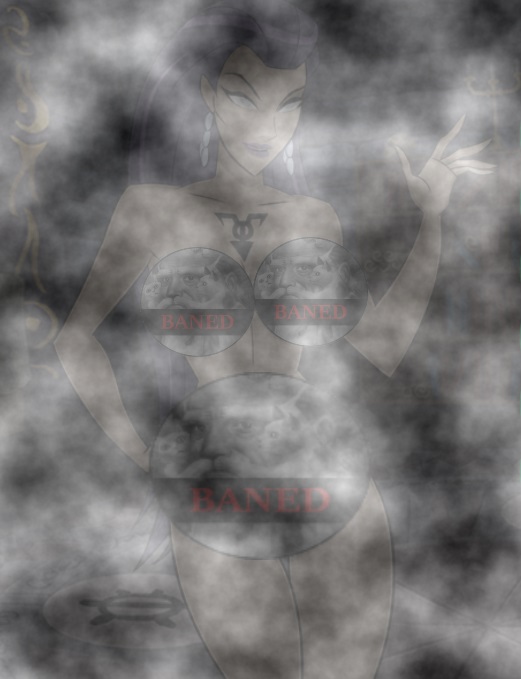 Earlier today head of Valve Gabe Newell issued a statement about an the upcoming adults only games section planned to be heading to Steam in the coming months. 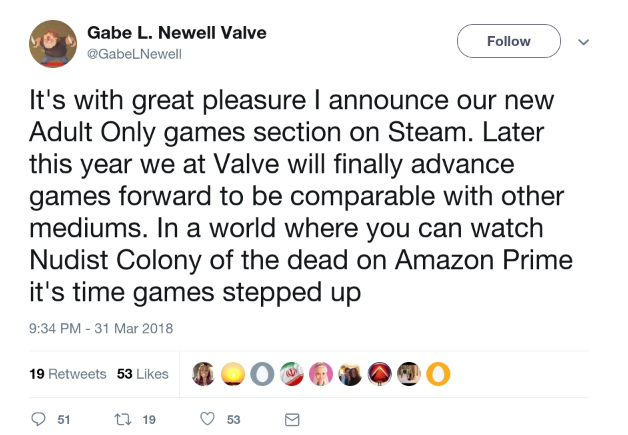 The Tweet quite rightfully points out the disparity in the availability of more adult orientated content between the gaming world and other platforms specifically citing the availability of the little know horror "nudist exploitation" film Nudist Colony of the Dead being available on Amazon prime.
It is true though that gaming does have a big disparity between other mediums as it's already widely acknowledged that another Amazon area, the kindle E-book store has made it more acceptable for people to read erotica even in public without fear of people being able to judge them for it. Games it would seem have always had a problem with sex to some extent but with the likes of The Witcher 3 and Mass Effect Andromeda starting to break that Taboo and now Valve stepping up it would seem the Taboos of old for games are about to be broken. It doesn't seem that long since the GTA San Andreas "Hot Coffee" mod was causing a huge stir, it just shows how far the medium has progressed.

It would appear the first game may well be a title from developer день' дурака (@denduraka). A self professed " Adult indie game developer" from Ufa in Russia.

This could end up being a very lucrative move for Steam considering developers such as AKabur earn over $4,000, Team Nimbus earning $15,000 a month and before it's cancellation Breeeding Season was allegedly pulling it $42,300 a month. It suggests there's a huge market Valve could be about to break into based on just the Patreon earnings of only 3 of hundreds of adult game developers.

It also makes sense from a community perspective as we've long heard the criticism of the industry from the likes of Robert Yang about how he struggles to even find ways to be able to sell his games and they can't be shown on twitch. So this move could well help revive Valve's somewhat declining reputation as a place for indie developers to flourish. After all no console does sell Adult Only rated games unless it's the odd title by Rockstar.

In recent years Steam has seen games like Hunniepop and many others release on its platform, implementing a policy that requires games with sex or explicit nudity (other than AAA games) to only sell a censored version on Steam and create patches for players to download to circumvent the system. This new Adult Only store section would let Valve move all such game to there and likely help developers who no longer need to create such work arounds, and help Valve who no longer need to keep such an eye out for uncensored nudity in games.

However as you might expect not everyone is happy about this development as the normal moral busy bodies and puritans you'd expect have come out to oppose this move. 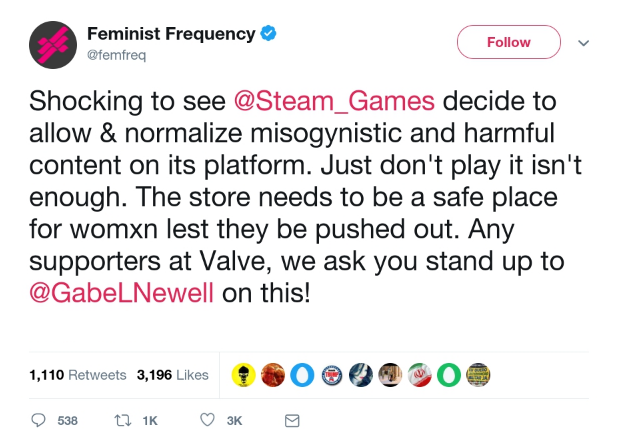 Anita herself further elaborated on this on her personal twitter. 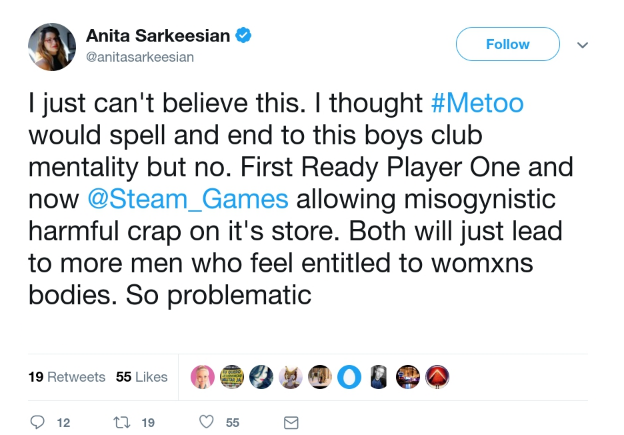 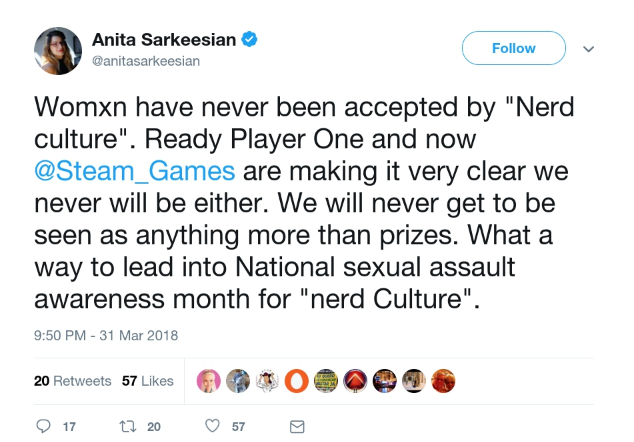 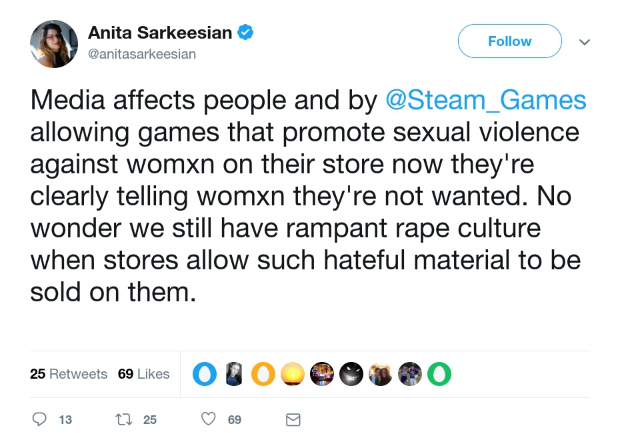 Then again did any-one really expect anything else from some-one who finds content in GTA V and Assassins Creed Brotherhood to be immoral enough to call for said content to be restricted and not allowed to exist by companies.

What is somewhat more surprising is the re-emergence and comment on from long running Media Watch UK group that was originally founded over 40 years ago by Mary Whitehouse. 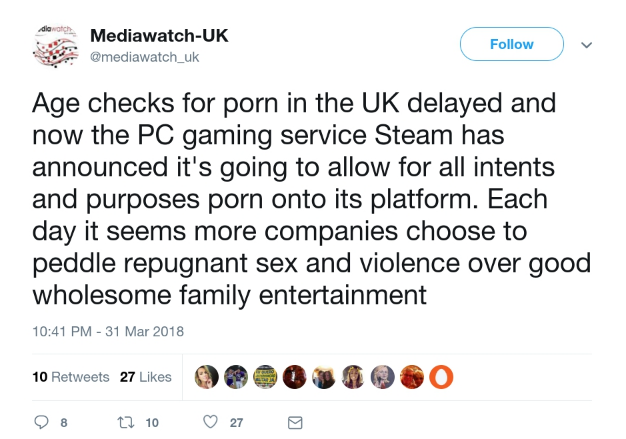 Whatever you may think though it would seem Gaben has a point, video games really aren't treated the same as other mediums so much and for all the outrage and likely cries of boycotting. It i quetionable how much some people crying even play games or use the Steam store afterall we previously saw some-one on about how Steam took down Hatred from the store  and yet even a small ammount of research shows it's still there  either way it looks like Steam is very interested in letting users in future