Age has a way of sneaking up and defining you. You hit a certain point in life and BOOM, people begin to look at you differently, talk to you differently, and act differently around you. Even though I don't feel any different emotionally than when I was in my early twenties, I have come to grips that the younger generation sees me as unrelatable.

I've seen it at the office, when I walk into a meeting room and a group of junior associates are yakking it up only to quiet down when I walk in. Their conversation had nothing to do with me and was nothing that I haven't heard before, but they clammed up just the same. Perhaps not wanting to regale an elder with their weekend shenanigans, even though it sounds relatively tame compared to the trouble I got myself into.

I see a difference in public too. Simple acts of respect, like someone calling me sir, or mister reminds me that I have entered a new stage in life. It's especially jarring when someone who is obviously older than me refers to me as sir, like we're on the same level or kindred spirit. I'm just not ready for that yet.

Age can be a big definer in sports physical sports as well. Players can be young and inexperienced or they can be in their prime. There are the savvy veterans, maybe not as physically capable as they were a few years ago, but their knowledge of the game and craftiness gives them the ability to lead their teams to success. Then there are the athletes who are past their prime, incapable of coming to grips with the fact that the game has passed them by.

Or, they can be like Tom Brady of the New England Patriots who seemingly never age. Even though he lost in the Super Bowl this past February, his age and ability had nothing to do with it. In fact, if it wasn't for him and his impressive offensive numbers, the Patriots would have been blown out.

His longevity is impressive, given how violent football is. Even the relatively short 10 years I played organized football, from elementary school through high school, my body has paid the price. My fingers are a mangled mess which frighten small children, and the arthritis in my knees do a better job at predicting the weather than the local meteorologist.  Another example of how I may feel young emotionally and at heart, but not always physically. My love and knowledge of the game has also allowed me to appreciate the athletes who play it, regardless of what team they play for. I have become somewhat of a fan of Tom Brady, which is a bit odd, since I'm not a Patriots fan. On the contrary, I root for the putrid dumpster fire that is this year's New York Giants.

What's not to like about Tom Brady? He's handsome, married to a supermodel, and has class.  As Brady has gotten older, has level of play has gotten better. At 40-years-old (just two years older than me), Brady's skills should be diminishing, and yet, he is still at the top of his game. He gives old timers like myself hope. That's why I root for him.

Tom Brady and I have pretty much nothing in common, except for one important thing. As I have gotten older, I have become better at gaming.  This is a FACT!

I've have been gaming a long time and always considered myself good at them, especially single player games. However, put me in a competitive situation online, back in my prime teen years, and I would get trounced. This was during a time when my skills should have been at their peak.

In my late teens, I would get my ass handed to me in Quake 3 Arena and Unreal Tournament on the PC. Years later, after on the original Xbox, I was being tea bagged in multiplayer on a regular basis in games like Halo 2 and Crimson Skies. How could I be so good at single player and then be thoroughly wrecked in the same game online against live opponents?

It's not like I didn't put in the effort. I would spend hours practicing to no avail. My place was always at the bottom of the rankings. I came to grips that I simply sucked at competitive multiplayer and vowed never to compete again. On occasion my curiosity would get the best of me and I would play some random Call of Duty game, get a thrashing from a racist pre-pubescent child, and be quickly reminded as to why I don't play multiplayer games. 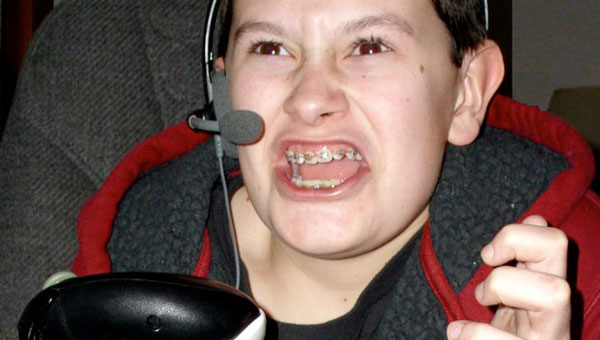 Then Halo 4 came along. I picked it up to play the single-player campaign and once I completed that, began to dabble in the multiplayer. At first, I was in way over my head. It was obvious that my competitors didn't waste their time on the single player campaign and dropped right into multiplayer, and yet, this time, I did not give up.

For whatever reason I kept on playing and one day I realized that I was not throwing my controller anymore in disgust, I wasn't pounding the coffee table, and the dog no longer pissed on the rug and hid under the bed in fear when I fired up my Xbox. I was actually playing well, no longer relegated to the bottom of my team's ranking. On occasion, I would even be on the top, a fluke for sure. Even when my team lost, I could still keep my chin up, knowing that I still played well, which was a good feeling. I knew I wasn't the best, but I wasn't the worst.

A couple of years later Titanfall came out, and again, I continued to excel. I would play along with other friends and even they would remark at how good my level of play was, which meant a lot, since I considered them to be much more skilled than I was.

The following year I began playing Halo 5 and Gears of War 4, and again, I was competitive. Holding my own against the competition, landing in the top 3 more often than not, and occasionally being the top player in the match.

It wasn't until the release of Titanfall 2, that I can honestly say, and pardon my crudeness, that I became a big swinging dick in multiplayer, at the ripe old age of 36.

Having realized that my advanced age has bestowed onto me remarkable strength and reflexes, I decided to put it to the test. I purchased Player Unknown Battlegrounds for my Xbox One.   My first game in Player Unknown Battlegrounds landed me in the Top 10, which is excellent for a first time if I do say so myself. I'm not a fan of the game in retrospect, so I have no plans of returning. I took my Top 10 finish and retired with my head held high.

Lastly, it's Destiny 2 which really hits home that I'm some kind of Tom Brady of gaming.

I found myself excelling in the game's Crucible, even though I wasn't a fan of it's slow and prodding pace. In Raids, I was helping to carry my team, often times with the most kills and assists.

I hope this doesn't come across as bragging, because I honestly do not know where these skills are coming from. I'm not playing more than I used to, and if anything, I'm playing a lot less with all the projects that come along from buying a new house and having 6-month-old and 5-year-old daughters.

One would think that as I got older, my reflexes would be dull and decrepit, but that doesn't seem to be the case. Maybe after years of playing, I've developed some kind of video game "Dad Strength."  I have heard about this mythical concept of actual "Dad Strength." Perhaps you have seen videos online as seemingly normal looking dads accomplishing remarkable things. We're just like real life super heroes. Pudgy, balding, super heroes, with bad backs, arthritic knees, and big low hanging balls.

I can without a doubt confirm that actual "Dad Strength" is indeed real. I'm nowhere near as "fit" looking now as a man in his late thirties, compared to when I was a teen or in my twenties, but I can still lift the heavy weights if I want to. I'll be at the gym and sometimes, I'll rack up the weight, just to prove that I can still do it. Then I have to explain to my chiropractor why my neck and back are all fucked up.  Also, keep in mind that lifting heavy weights impresses no one, especially attractive girls in tight yoga pants. Turns out that a bald, bearded man with the perfect "dad bod," doing super heavy squats is not attractive.

I really do believe that I have developed some sort of video game "Dad Strength," as there is really no other scientific explanation. I should suck at online gaming, and yet I'm better at it now than I ever was.

I even excel at games where I have little to no experience. The past two weekends, I played my 10-year-old nephew in Madden 18. I haven't played a live person at Madden in nearly 20 years while my nephew plays it daily. At half-time it was 30-0 and he didn't want to play anymore.

Perhaps I should've taken it easy on him, but I cannot help myself. He vowed to practice all week and that next time, he warned, I wouldn't be so lucky. Sure enough, after talking a lot of smack during breakfast we fired up Madden again. I took it easy on him and he scored first quickly. As he rubbed it in, I flipped the switch and put up 35 unanswered points. He didn't know what hit him. He could not fathom how his "old" uncle could be so good at this game. He was at a loss for words. I told him to keep practicing and "get good." Sure, my wife said I should take it easy on him and let him win, but how else is he supposed to learn?

Perhaps this is a blessing, since the thought of getting older terrifies me and I hate doing things that old people like doing. Trust me, I know, and see what old people do to keep themselves occupied, when I visit my father-in-law in Florida. He lives in an area we're the age range is between 80 and "holy shit were you alive before the lightbulb was invented?"

They love to golf, which I find mind numbing. They love to go to Indian Casinos and drop quarters into the slots, which I find a total waste of money. They like to garden, which I do only out of necessity, so that my neighbors don't think that they live next to the Munsters.

Perhaps the one thing that they do that I can tolerate is shuffle board, but only when I'm incredibly drunk.

So, I don't plan on giving up gaming anytime soon. I'm simply too good at gaming and getting better at apparently. Also, video games help slow mental decline. I think I'll just keep playing, even when I look like a Caucasian version of David Lo Pan. Topping leader boards and beating down braggadocios whipper snappers is more fun than shuffle board and Parcheesi anyway.