Comments of the Week 42: Don't get me wrong I love you 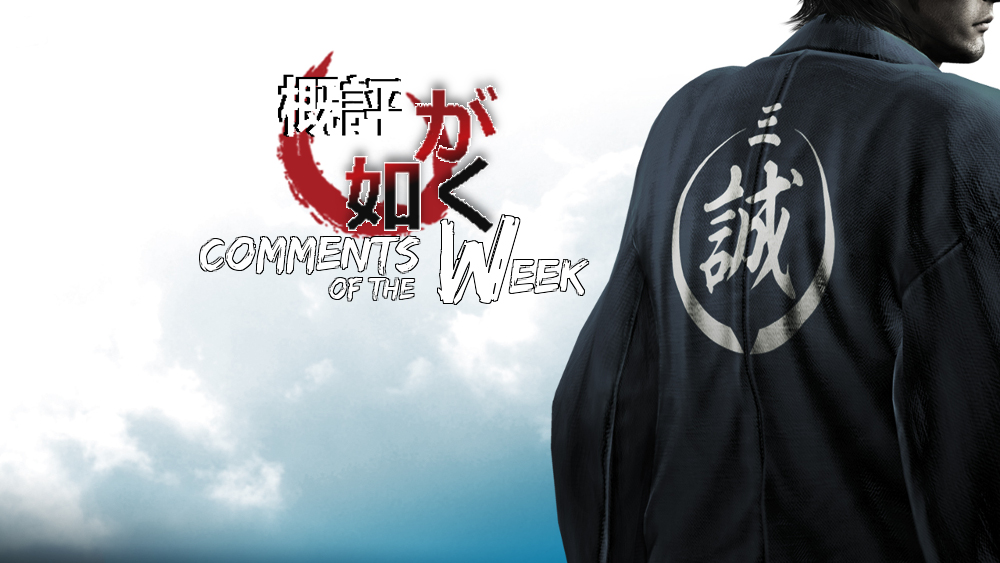 What does that mean I have to leave a comment?

Hello my little heartless, FakePlasticTree back to give you a recap of some of the best content, insights or laughs you guys have contributed the prior week. I've been re-playing Kingdom Hearts Birth By Sleep, my favorite Kingdom Hearts game, and there's still a lot ot love about the game's overall gameplay that is keeping me hooked. Nintendo's revealed some neat things like a new Smash, more details on Mario Tennis on Switch as well as a Luigi's Mansion remaster/remake on 3DS. And in light of all this news there is a lot of comments and stuff to cover. So let's get to it!

Nintendo Switch titles get a boost in this week's UK Charts

My PS4: Aw Christ, you're playing Hitman today? And I was having such a swell time with the Kingdom Hearts Collection.

Trump's meeting with the games industry is set for March 8

FakePlasticTree: And somehow those videogames will still be allowed to purchase a gun at their local Wallmart. 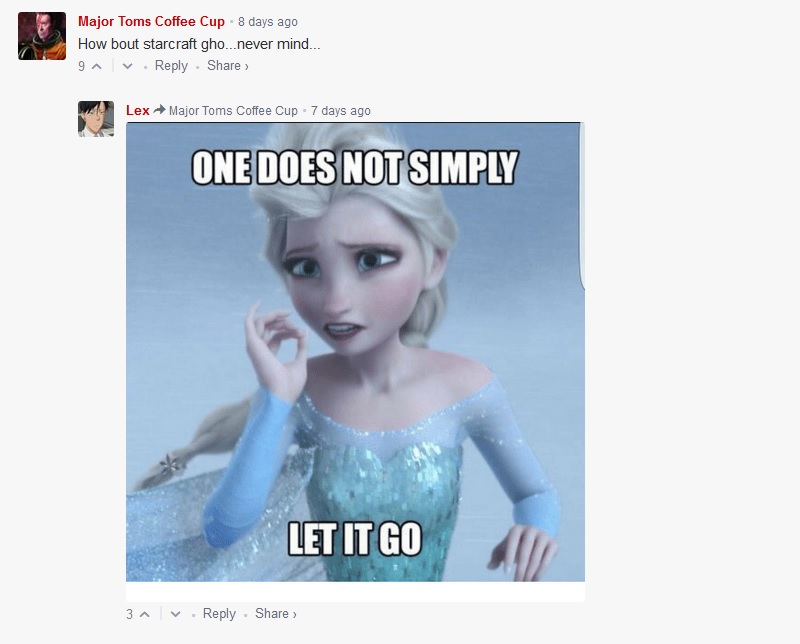 FakePlasticTree: A ghost that keeps on haunting

FakePlasticTree: I want a real life wise-cracking version of Weiss.. only 1/3 people reading this will have played NieR to know who that is.

FakePlasticTree: Whoa, slow down Activision. Leave some innovation for the rest of us!

Rumor: Blizzard is allegedly porting Diablo 3 to the Switch after all

FakePlasticTree: Reaper of Souls also happens to be the subtitle for the in-game auction house.

PSA: Bloodborne hits PlayStation Plus today and fans are celebrating with an event

South Park has a reservation at Casa Bonita for March 20

Look for a Geralt cameo in another game this year 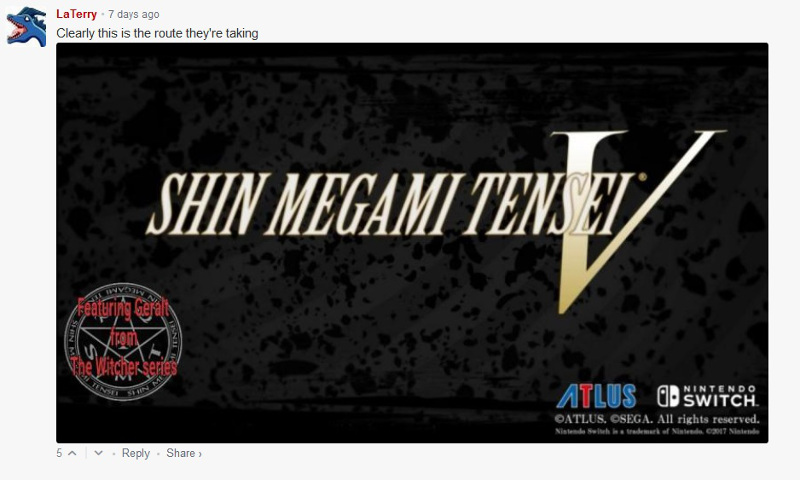 FakePlasticTree: This had better be true.

FakePlasticTree: I drove through a red light recently because the timer would run out if I didn't and I would have to start the mission of "Not Getting Late to Work" all over again.

FakePlasticTree: They skipped straight to 3, no big whoop.

NieR: Automata team says there's one 'final secret' no one has discovered 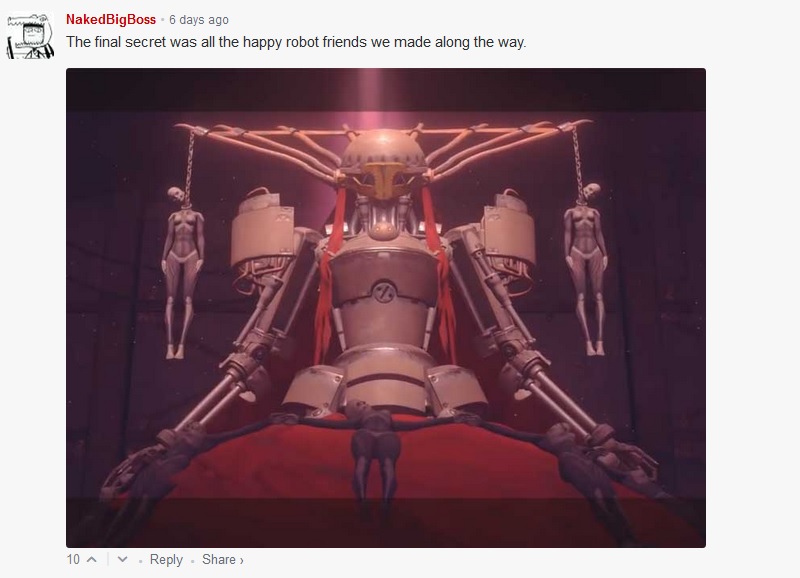 Dissidia Final Fantasy NT's next character is a 'male from the newer half of the series,' will be unveiled next week

FakePlasticTree: My only experience with Auron is with Kingdom Hearts 2 and even then I agree.

FakePlasticTree: Where is Kat, indeed.

FakePlasticTree: Why would you stick this kind soul up where the sun don't shine you monster?

Super Bomberman R, former Switch exclusive, might be getting a PS4 port

Someone visualized our deaths in Dark Souls

FakePlasticTree: Indubitably, while I wasn't too fond of the original Dark Souls' weird inconsistent landscapes compared to Yharnam. There's something good to be said about how tight the series overall map scheme was.

FakePlasticTree: And there you have it.

FakePlasticTree: Okay, you know what... you might have a point.

FakePlasticTree: I am also curious about this. 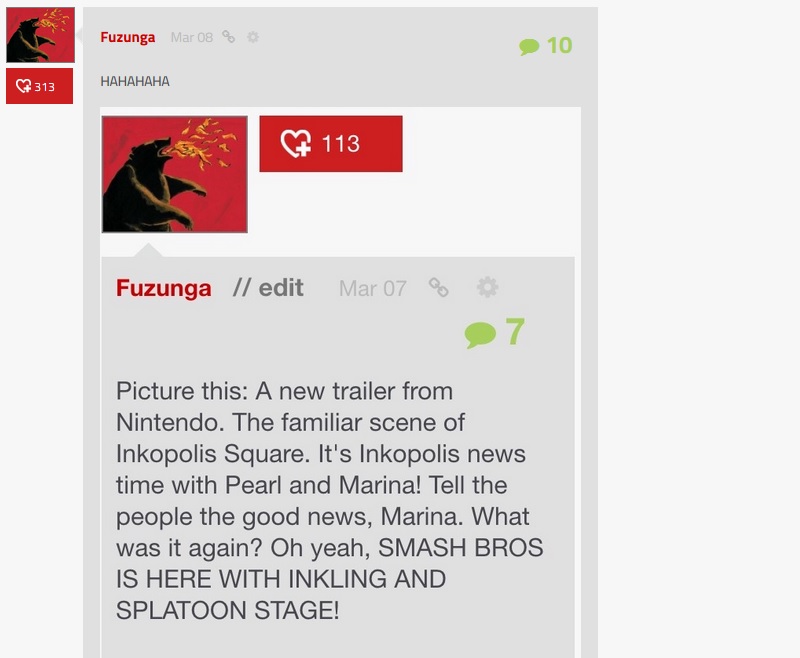 FakePlasticTree: Our predecessor COTW host has some suspect clairvoyant abilities.

FakePlasticTree: Who needs reaction videos to big announcements when you have the Quickposts of Destructoid? 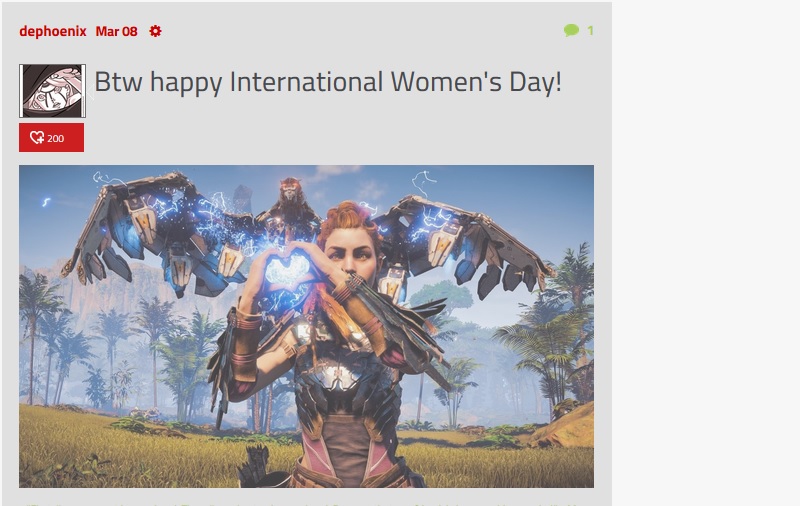 FakePlasticTree: Or how to sell a game with 1 gif.

And that wraps it up for this week. Next up is our own manufacturer of limousines, who shall endow us with his Britishness such as bangers and mash. Or perhaps something else is up his sleeve? Find out in the next exciting episode of Dragon Ball Z.