I think more so than in any other medium nostalgia is the most powerful in videogames. Sure, you can enjoy old movies from when you were a kid (even if you know they are bad) and listening to old songs will bring back memories (songs, you probably already own and thus don't need to re-purchase, or can just find on YouTube...) but in the world of videogames - nostalgia means money. People will pay for HD remasters, remakes, reboots and sequels to classics. Today, we're talking about the reboots(?) and the "moral dilemas" they can bring to the gamers. 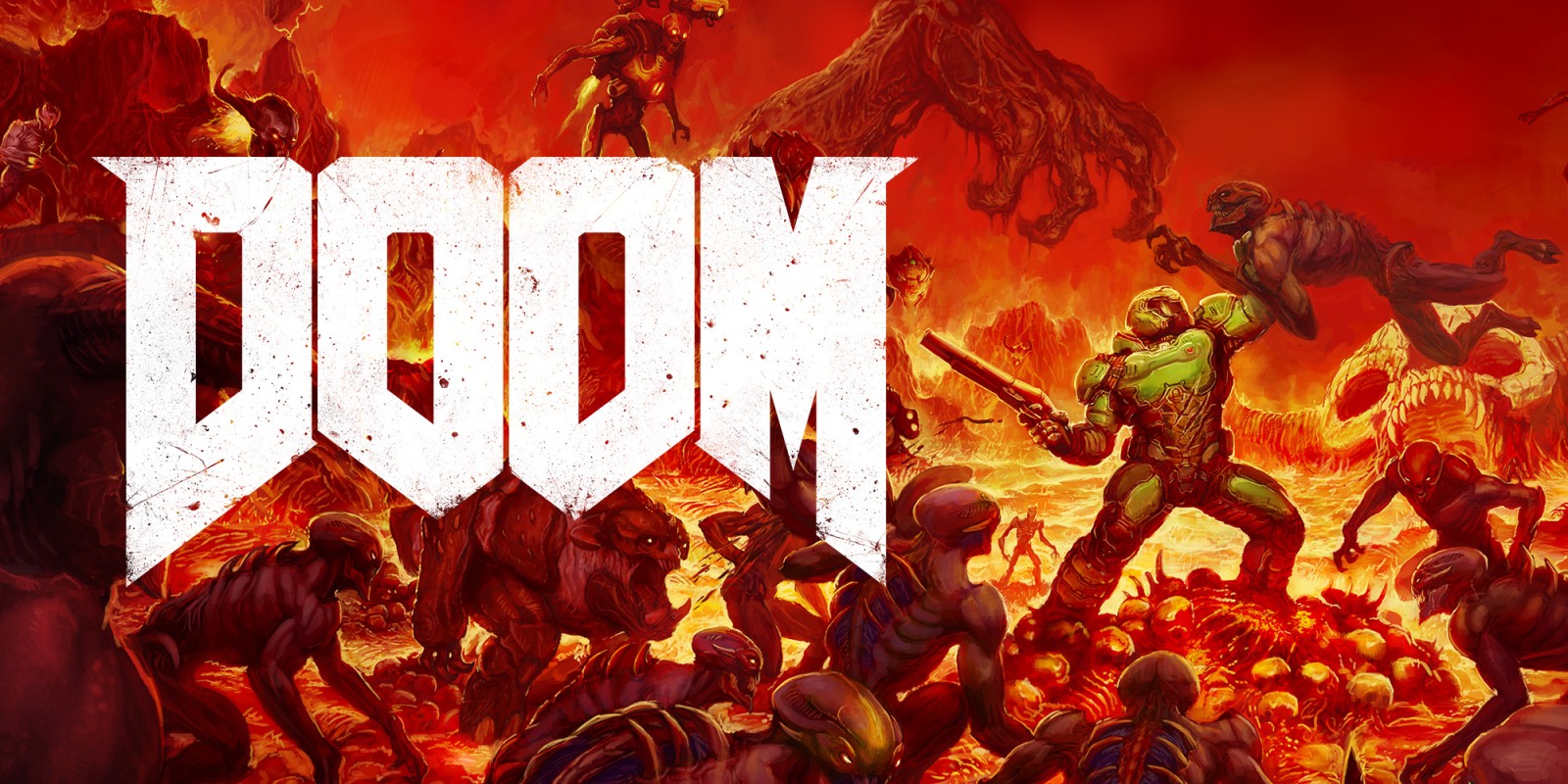 So, what the hell am I talking about? Let's start with Doom. The original Doom is something of a legend, and a historically important game. Like, if you're going to take gaming as a serious hobby you need to play Doom and learn a bit of it's history. Hell I still have the freeware first couple of levels on floppy discs somewhere around my house. Where did they come from? I have no idea - I was far too young to remember. At the time, Doom looked incredible, what it did was nothing short of revoloutionary. It also helped it was damn fun.

I have played the classic Dooms a lot. Sure, I played them while I was younger but when Doom 3's Limited Collector's Edition came to the Xbox with the classics included - I played a lot of Doom. They went from games I'd played and loved, to games I were obsessed about. Local co-op also meant I spent a lot of time playing them with my brothers, friends - hell anyone. The beauty of Doom is it's simple, easy to play and a hell lot of fun.

And when the Doom Classic - Complete came onto the PS3, I once again played the crap out of them. It's brilliant design, fast fun gameplay and rocking music simply cannot be beaten. It is the most fun you can have with a FPS in the history of videogames... well, it was...

The sad truth is, Doom 2016 is a better game. Now, there's been a lot of time between the classic Doom games and new Doom. Yes, we had Doom 3 - but apart from the name and enemy design, it wasn't Doom. Was it good? Sure, at the time I enjoyed it for what it was. But if it was called 'Hell on Mars' or anything but Doom I would have never said it was a Doom game, because it wasn't. Whatever makes Doom, Doom - was not in that game.

With how big the FPS genre has become, making a new Doom was surely insane. The genre has evolved so much and pulls in some serious money. It's also became incredible stale. Even the games that are 'different' and have unique features, it's all the same jam with bits thrown in. The base of nearly all FPS games stand the same, everyone follows the same blueprint. Well except Doom 2016.

Now this isn't to say Doom 2016 isn't a modern game, that it simply ignored every shooter of the past 10 years or anything. No - Doom 2016 is indeed a very modern game. The old '90s FPS Sub-Genre seems to have came about lately - but this is not one of those. It is an entirely new feeling FPS. And to be honest, it doesn't really play too much like the Classic Doom games. With glory-kills really changing things up (yet feeling so natural), the BFG now more of a stragetic weapon rather than a last resort, the closest thing I can really think of to how Doom 2016's flow works is the Arkham games. Yes, those Batman games. You kind of fly between enemies, shooting, crushing skulls, jumping in the air, rocketing this, ripping in half this. The game makes killing demons an art. Oh and also, yeah it's nothing like the Batman games...

It's hard to really compare Doom 2016 to anything. It's almost of it id played some classic Doom, looked at modern FPS games and thought, "Yeah, they've totally not done this right" and simply did there own thing. And, somehow, made it feel like old Doom. As soon as you start the game it FEELS like a Doom game, even if gameplay-wise it's a very different beast. Doom 2016 is the most fun I have ever had playing a game. Is it a perfect game? Maybe? (Those secret classic levels are just not fun to find, at all...) Why only maybe? The lack of co-op (even a simply horde mode would have done) hurts. I'm not really sure how many people played co-op Classic Doom but I played it a lot. And as much as I absolutely loved the hell (aha) out of Doom 2016 I wish I could have enjoyed ripping demon's guts out with a buddy.

So in short: Doom 2016 is better than Classic Doom, but no one will admit it - because Classic Doom is a piece of history, while most don't want to admit that the page has turned, and history has been made anew.