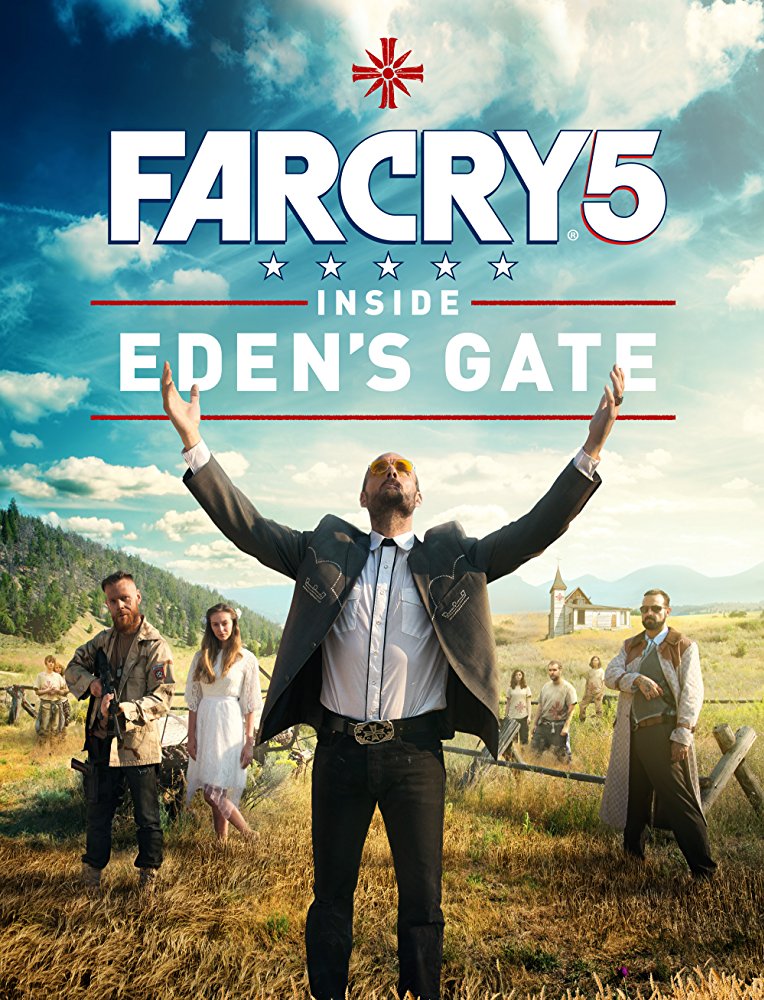 So having previously watched Ghost Recon Wildlands: War Within The Cartel I didn't have high hopes for this short film. Coming from Asylum Entertainment, not to be confused with The Asylum (Makers of the Sharknado films), I didn't think Far Cry5: Inside Eden's Gate would actually do much other than pass 30 minutes of time. But as it turns out it's a competently made quite enjoyable short film that feels like it was straining at the leash to make either a low A tier or high B tier full horror movie. Going into this I was luke warm on Far Cry 5 with my main statement being it would need a compelling villain to carry it. Inside Eden's Gate has convinced me that if the game manages to carry this as well as the short film did then it's going to be a very good game.

If you have prime stop reading this and just go spend 30 minutes watching the film now before I potentially spoil anything. For those not yet convinced or those who don't mind spoilers the rest of this C-blog will spoil a lot.

You were warned so spoilers are coming. Inside Eden's Gate follows what's implied to be a group of friends who operate a 'conspiracies and myths' style video channel on a social media platform (very much youtube in all but name). The idea being they go in and investigate rumours myths and conspiracies. They've been called in because a guy (Jack) claims a cult called  Eden's Gate have taken his sister and that they're slowly taking over the local area.

In an attempt to investigate the group goes to a small tent in the middle of a field to hear Eden's Gate's leader Joseph Seed give a sermon. What the film shows Joseph Seed as is well, he's a villain taking advantage of the situation of the world and who seemingly fully believes he's doing Gods work. Some people have talked about the potential politics of Far Cry 5 and well I've talked about that before. I'm happy to say it's political but very much not what you'd expect. This is political without being left or right but oddly a commentary about the danger of opportunists who look to take advantage of people who don't fit either side as such. With members of Eden's Gate talking about how they offers people freedom from the divisiveness of the world, how they offers another way; how they offer people the chance to be left in peace and how people have no strong leader. Even going on about how Joseph Seed accepts you as who you are and doesn't want you to change but wants you to join them and give up having to suffer the cuts of the outside world. 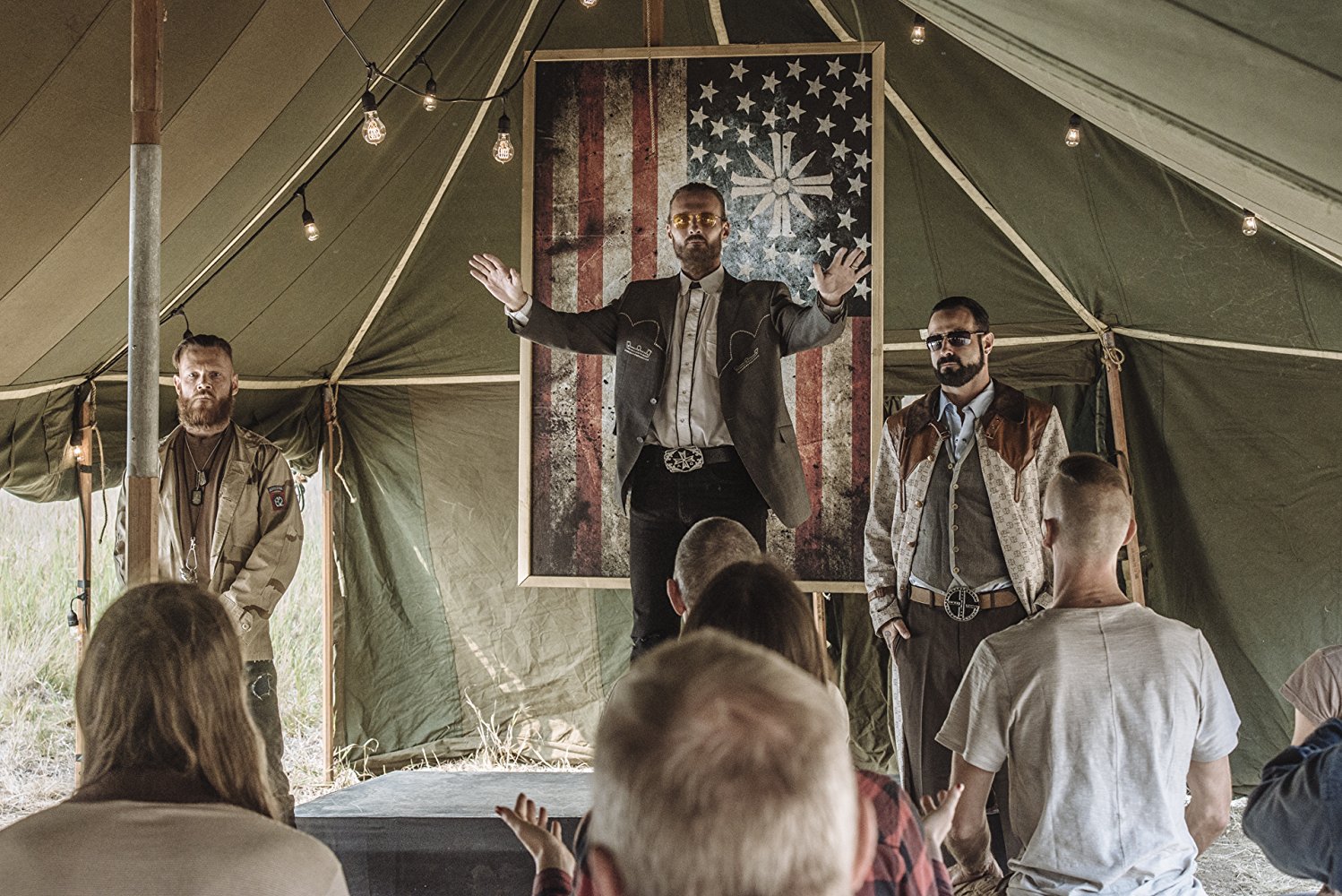 Holy fuck that's one compelling set of claims right there that I think a lot of people would go for. Hell a bit of peace and acceptance without demands of what I must be. I could go for that, just not the whole God and religion angle of it because that's never really been me. Oddly enough this seems to even sway one of the group (Sara), especially as earlier on it was mentioned the group was taking a break and going their separate ways for a few months or so after this last investigation.

The group then follows members of Eden's Gate into a woodland area to the edge of a pond / lake. There they watch as Eden's Gate "baptise" people in the lake, pouring strange blue chemicals into the water before dunking each person under.

Yes they're brainwashing chemicals being put into the water than for some reason temporarily brainwash people exposed to them. The group is then caught filming and their main camera taken. They're then baptised in the water and taken to Eden's Gate's headquarters where Faith Seed (the half sister of Joseph) looks over the group. Sara, who previously seemed to have been somewhat swayed by Joseph Seeds talk of love and family, is separated from the group to join Joseph and Faith for a chat while the rest of the group are tied up in the cellar.

After chatting we find out a little about how Joseph Seed's childhood and growing up with a brief mention that he suffered an unspecified kind of abuse and how at the children's home he was at God started speaking to him. Faith and Joseph offer Sara option to join them pouring her a cup of tea with Faith visibly adding some of the blue chemical from earlier and giving Sara the option to drink it. Which she does.

Meanwhile having escaped their ropes the rest of the group work together to overcome the guards and escape grabbing gun from the armoury. Unfortunately as they attempt to escape sabotaging  Eden's Gate vehicles on the way they're attacked by some perimeter guard which alerts others within the house. 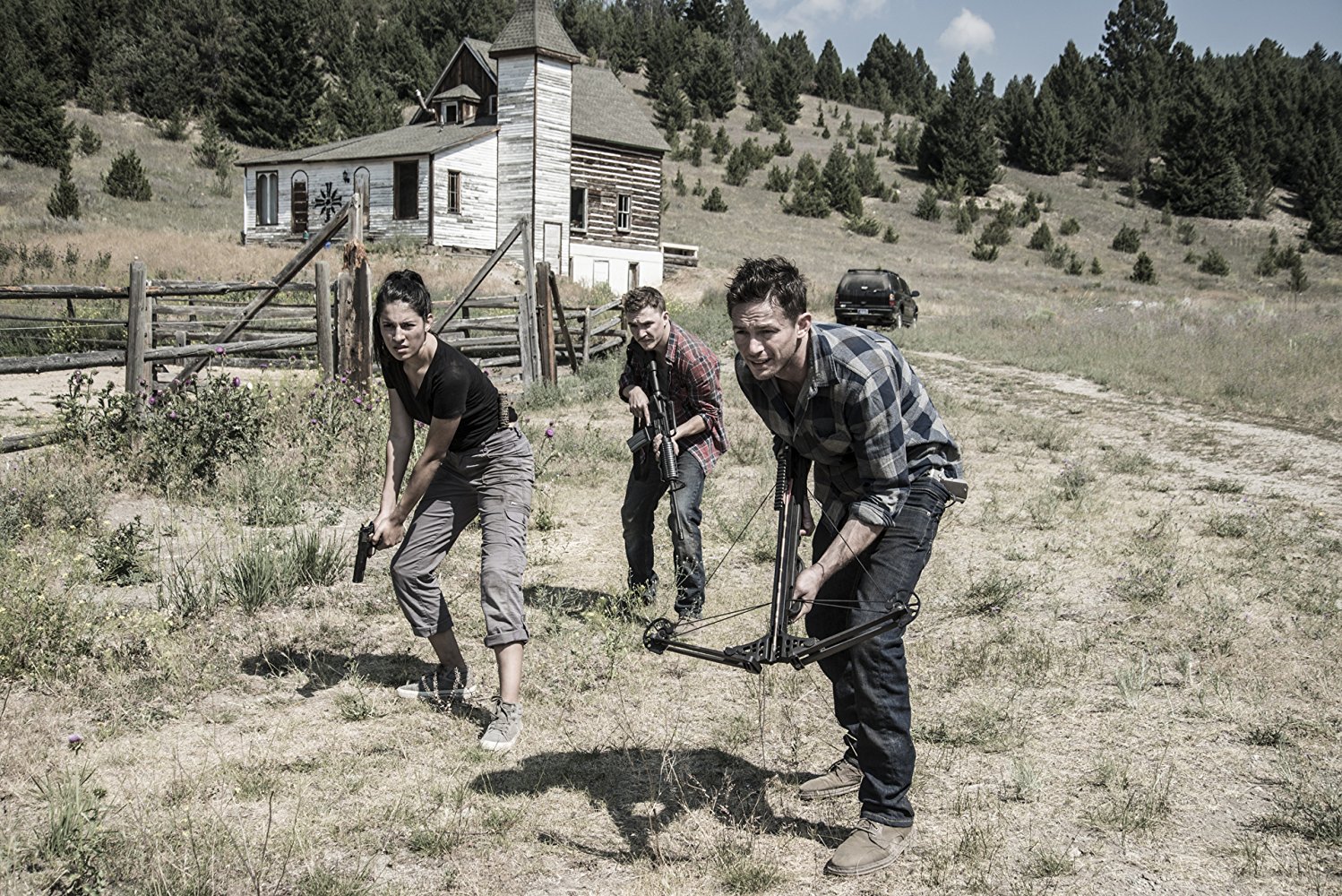 Cue a chase through the forest to try and get a cell phone signal and be able to upload the data they've recoded on the cell phone and a pocket camera as well as call the police. The group manage to get a call off to the police but it's going to take them 2 hours to arrive. With Eden's Gate closing in the group decides to try and hold off Eden's Gate long enough for one of the group members Alex to hopefully escape and or buy him enough time to upload the footage. Eden's Gate manages to surround Hannah and Mark capturing them then setting off after Alex. Desperately leaving one last message and trying to upload the footage Alex is shot and fall to the ground and begins crawling. Joseph Seeds and his men close in just as we see the phone's upload reach 98%. As Joseph Seed reaches Alex, Alex says they've lost as the upload ticks up to 100%, Joseph Seed taking the phone and looking at it before stepping on it cracking the screen. Eden's Gate then pick Ale up by his limbs and carry him off while Joseph Seeds talk about how Alex is a lost sheep who will join their flock.

The films ends showing that last video Alex recorded playing and slowly zooms out to reveal the video upload site the video with the view count over a Million and rising.

Well worth you time to look into if you have prime and so good it almost feels like a lead in to a full Far Cry Film, I mean it can hardly be worse than letting Uwe Boll make another Far Cry film can it Ubisoft?