"Cue the more memorable version of the trailer song"

Even though Lara Croft: Tomb Raider (2001) was a mess, it's still a glorious, entertaining mess. With Angelina Jolie being a nuttier Lara Croft (as she was back then in real-life), sick action set-pieces (with bad CGI), and the cast having tons of fun on-screen, it's one of those sort of not-actually-good video game adaptation movies I could always get behind and enjoy watching. (Haven't seen Lara Croft Tomb Raider: The Cradle of Life yet)

The same cannot be said about the 2018 version of Tomb Raider reboot, however.

LAST WARNING - MAJOR SPOILERS ALERT (Note that I might get some information wrong, since I can't seem to remember some of the details)

The basic plot of the movie is the same as the 2013 video game reboot, albeit with major alterations. Himiko in this movie is just a normal Japanese queen who somehow caught a super plague/virus and died alone on Yamatai. Mathias Vogel (Boyd Crowder), instead of the leader of the island cult in the game, is now just another high-level lackey of the Trinity organization. Richard Croft (Jigsaw) wasn't killed by Trinity, he's stranded on the island for seven years. Lara (Alicia Vikander) didn't seek Yamatai as her first expedition with her colleagues, she goes to Yamatai to find her father, along with Lu Ren (Daniel Wu), the captain of the same-named Endurance, which in this movie is a normal ship instead of a research vessel. And a lot of things I might have overlook. 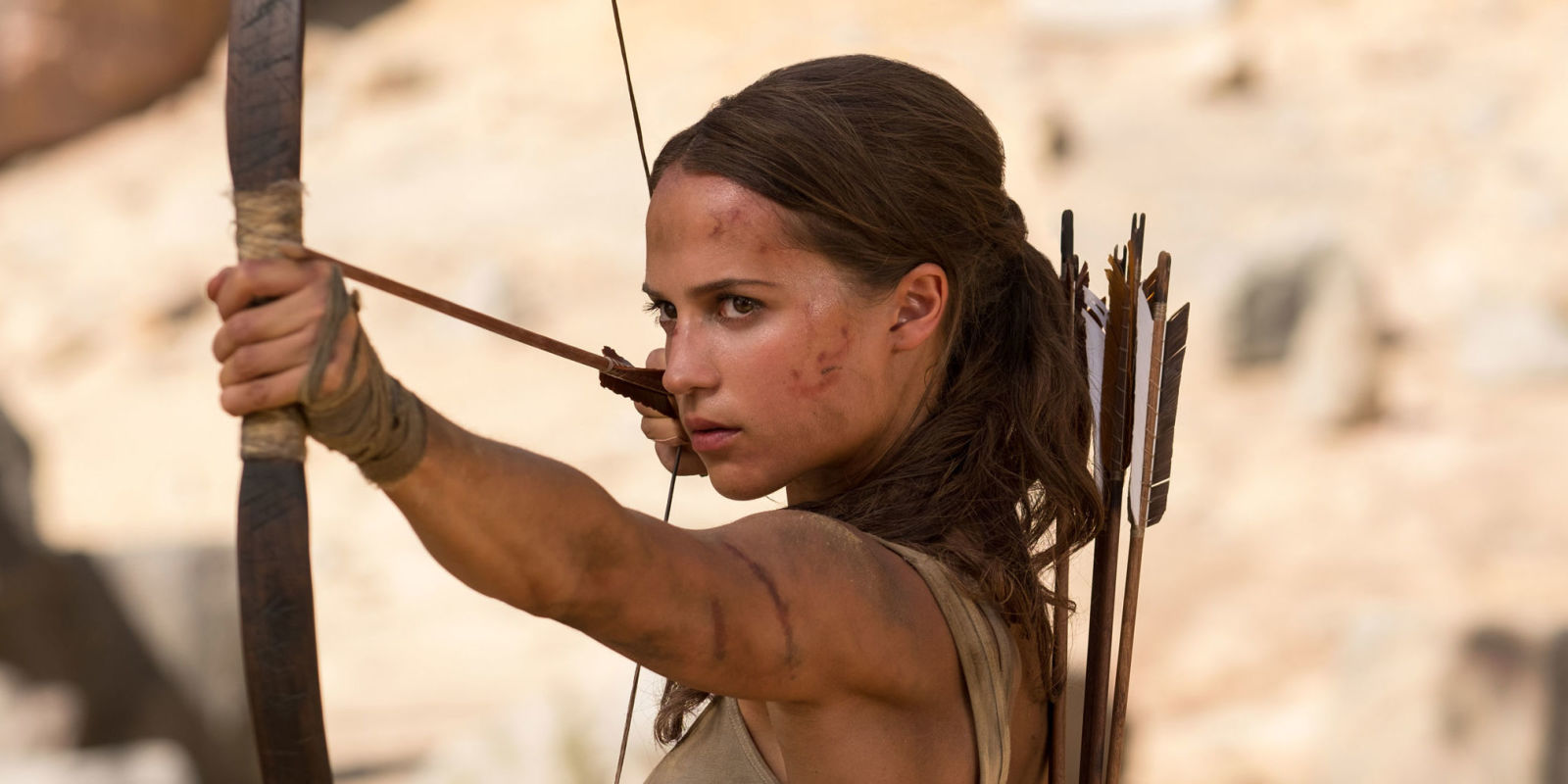 (SPOILER) She didn't use the bow as much as you like in this movie.

Personally, I found the plot a bit disappointing. I understand that they tried to do their own thing for this one, to make it more grounded to reality, and having a more sensible sequel hook with a mainstay villain organization. But I preferred Queen Himiko being immortal, supernatural and having oni guards, and of course NOT HAVING THE MOVIE TO BLATANTLY TELL US THAT TRINITY IS THE MAIN ANTAGONIST THIS TIME WITHIN THE FIRST 30 MINUTES. It doesn't help either that the characters keep repeating their exposition lines, as if we audiences can't seem to remember what s/he said the first time 10 minutes earlier.

The action scenes, as typical as any modern generic action movies, have a lot of CGI set pieces, and quick-cut shots for both shooting and hand-to-hand combat scenes. (And apparently Lara knows MMA this time!) But most of all, a lot of scenes that was specifically shot to remind audiences that they are watching a video game movie the whole time. For instance, in an action scene at the typical Hong Kong fish market area, Lara was approaching a hanging industrial hook while running away from a group of thugs, the scene will cut to an extreme-close up shot at the hook to remind you that the hook is very important at this moment, and then cut to a wide shot when Lara quickly grab the hook to swing to another spot. Now I haven't played any Uncharted games (Only the Crystal Dynamics reboot Tomb Raider games), but if one wonders how an Uncharted set-piece would look like when shot on camera, then look no further.

If there's anything better to say about the cinematography, the action scenes was at least not shot in shaky-cam or extreme close-up shots all the time, and the editing was competent at best, if any of that helps.

Walton Goggins pointing his gun at the script.

While Alicia Vikander did good to bring 2013 Lara Croft to the big screen, it's pretty clear that while the scriptwriters know they need to adapt the 2013 game into the script, they can't help but being at awe with Angelina Jolie's version of Lara Croft. Thus they added in a bit of Jolie into the character, but with the appearance of 2013 Lara.

The rest of the cast was sort of a mixed bag. Dominic West did okay as Richard Croft, who I only remembered by his "trademark" farewell signs to his daughter (Which looks really incredibly suspiciously similar to the Hunger Games' three-fingered Mockingjay salute). Daniel Wu did as best as he could in a minor supporting role. Kristen Scott Thomas and Derek Jacobi were just sorta there.

What I'm not okay with however, is this version of Mathias Vogel. I was hoping that he would be a much more insane Boyd Crowder as an island cult leader whose performance could eat the island for breakfast, and ended up being a stereotypical, boring employee for a bigger bad this time. As if that isn't enough, Walton Goggins wasn't given any memorable lines that I could remember either. Which obviously lead to my biggest disappointment of this movie: it wasted Walton Goggins' appearance and performance.

From Survivor Lara to Classic Lara. They sure can't make up their mind. (And yes, this was the pre-credit scene)

While Tomb Raider (2018) is far from being one of the worst video game movies of all time, it's not enough to stand out for being a mediocre, occasionally boring, and somewhat forgettable movie that suffers from being tied towards the games' storyline, and ticks a lot off the stereotypical action movie checklist. While I'm not too concerned about Square Enix continuing to create a film universe based on their Eidos franchises (Not counting Hitman: Agent 47, that is), they really need to step up their game and make some real effort if they want their movies to be more than "acceptable".