Are reviews obligated to corroborate?

I've read flustered remarks about various film reviews which "overlook" or "ignore" critical cinematic or social angles, to the expressed detriment of the readership audience. These remarks stress that a competent and comprehensive review ought to cover expected ground, assuming a particular movie explicitly depicts a situation or technicality unmissable to all but the most distracted viewer. If a film camera's jittery, shouldn't all reviews mention that? If a film addresses a social subject as a major crux of its plot, shouldn't all reviews mention that? Does it do the readership a disservice to omit or forget elements crucial to the movie's entire constitution?

Well, subsections aside, this website predominantly covers video games, and so I shall pivot the query toward today's Recap readership audience. See, the recent release and coverage of Dynasty Warriors 9 elicits a rather sour general response, most players from new casual to venerable veteran discontented by several of the game's design choices and performance troubles. It's not selling the game short to say it's an underdeveloped hodgepodge compared to the seamless cohesion of its predecessors, the agreeable DW7 and fan-favorite DW8. Yet more than a couple of the more positive reviews of the new game exclude or diminish critique of DW9's shortcomings, and that's where I'm staring down the similarity to the filmmaking realm. 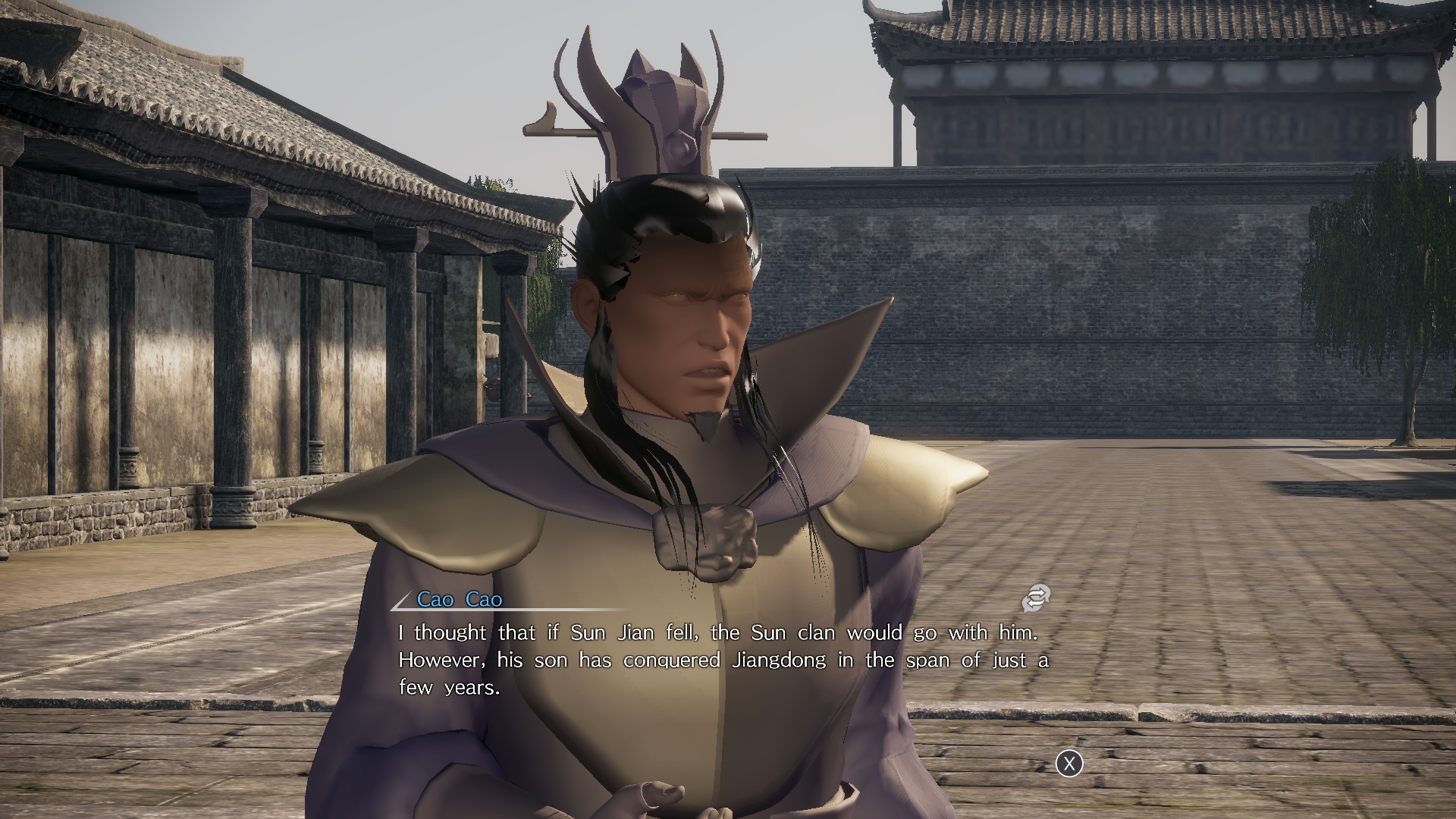 Framerate, emptiness, stilted audio, *worsening* AI, needless bloat - the checklist runs longer for complaints about DW9 than for most current Japanese popular titles. Certainly wouldn't hear most of these regarding Dragon Quest, Kingdom Hearts, or Resident Evil. Yet DW7 and 8 averted most of these issues in focusing efforts optimizing a 'core' musou vehicle, and 9's inclusion of superfluous gameplay elements was bound to leave a negative impression on /some/ group of folks regardless. Does a reviewer bind, however disinclined, to a code of honor in fact-checking a reviewed game for frank errors?

Well, back in the magazine days, reviewers worked as independently as they come. Since publications required weeks to hit shelf, nobody corroborated much of anything. Only after the fact - months, even a couple years - would definite and objective deficiencies receive verified admission. Even subjective issues, like the lure of "emptiness" and the quality of "voiceover," would reach some form of flexible consensus - nobody would posit, for example, that Chaos Wars on the PS2 contained a top-quality English dub, because the English voice track for that game reeks of every possible ailment and malfeasance known to audiophiles. It's flat-out hideous. It's not like, say, Tales of Berseria's dub, which is as subject to preference as any other yet which escapes the damnation of "confirmed wreck." It's not a wreck, you see. It might not be likable to some, but it slots above a base level of talent. If a reviewer spoke of it as the worst dub in the past 10 years, they'd quite technically be lying to their audience.

(Shining Force III's dub didn't turn out so hot either, although in its case, *most* of the audio...uh, soundly underwhelms, put kindly)

In this Internet-connected era, reviewers can read a range of reviews from both colleagues and rivals in a matter of hours. Innumerable sources of feedback lump together and gel to messily congeal a "critical reception" of a product. The coagulated lump sits there, brandished eternally by the scouring of the modern hieroglyph: the Metacritic score. This sort of digital speed can lead to major discrepancies in reviews, should a handful of critics completely skip or miss covering potential essential aspects of the target game.

So, *should* reviews corroborate, if only to validate one another and affirm basic tenets and designs? I'll leave that query to you, as it were. All I'll say further is this. A bed of green leaves signifies a rich summer aura. A bed of brown leaves signals the consequence of autumn. A single red leaf, stray amidst the green and brown and monochrome, well...one would wonder from whence it rightly fell.

Check the outliers before they check you, hockey heroes, and skate on down to the comments to slap a snappy comment on the topic past my sluggish glove hand. Ora-Ora!

Should be sleeping, fastidiously watching Panty & Stocking instead... Who would've expected a Saturday-cartoon gem of iniquity would serve what it took to lure me back into imbibing anime? (Put your darn hands down, charlatans.)

B - Kevin "DeadMoon" Mersereau truly is an evil man, with an evil former username dedicated to his wickedness, and he wants you to know of his unmatched villainy in his dastardly clever response to this month's Bloggers Wanted prompt. The worst part? This eloquent and uproarious *scumbag* won't even grace the frontpage with the Miku hair I kindly sculpted him! Can you imagine the bountiful praise, nay, *adulation* he'd accrue should he confidently embrace those turquoise locks? 'Zounds, sir, if Heaven won't have you, and Hell fears you...

B - Zordan fills the bloggers wanted prompt (mostly) admonishing the character of Superman. Gotta admit, in my youth, even as superheroes captivated most of my peers yet eluded my fervors, I never understood much why Superman didn't just work overtime to end all evildoings, ever. I mean, the dude could've withstood the universe imploding should Kryptonite stay out of the equation. Hey, these things happen, I suppose.

S - This site's Danish assassin and Yakuza wizard, FakePlasticTree, revives his Something Series (snappy stuff!) casting lens upon the character Jolee Bindo from Knights of the Old Republic, a venerated game to be sure. Tree-han argues for the crunchiness and integrity of KOTOR in depicting a robust character such as Johee, who embodies intrinsic fibers honoring his source universe. The blog articulates and defends its intentions quite splendidly, I must say. Arigatou gozaimashita~! 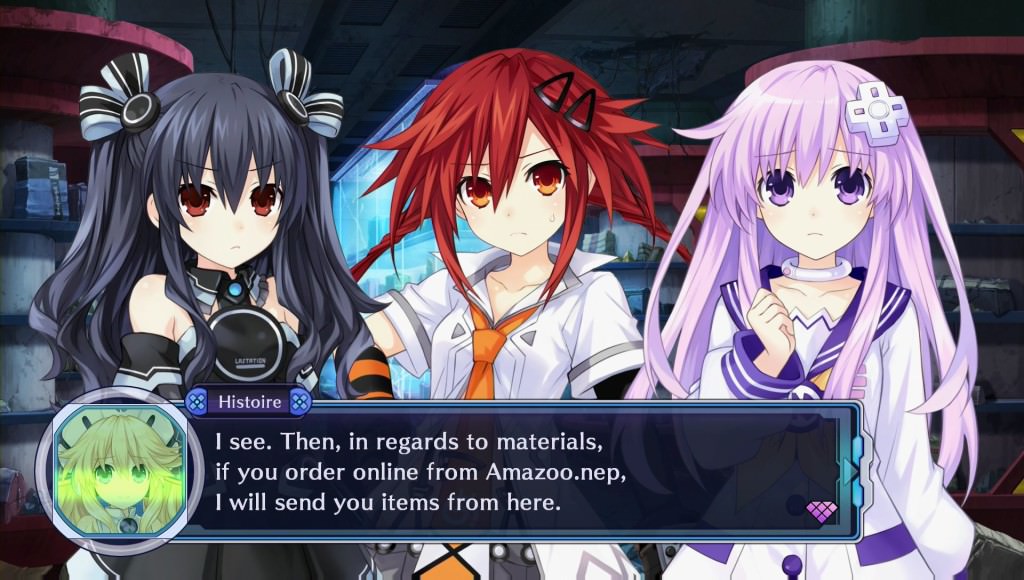 Could somebody please order me all the goodies from Amazoo.nep? *_* Thanksss~

C - The diligent and professional Lord Spencer requests feedback regarding his reviews and blog in general. He pens a vast range of quality blogs, and he pens them with both salience and surety. Dude cherishes gaming, is what I'm saying, and you'd do him a favor answering his beck and call. So go do it, if you please!

R - Slatan Slatanek returns to the blogging fray with a review of the PS3 port of Shadow of the Colossus. Long since considered a seminal and watershed gaming monument, SotC received an additional re-build this year for PS4, which I do hope succeeds to no small measure. If you'd like to read a fair and evenhanded take on this championed gemstone of video gaming, by all means, read Slatan's comprehensive rundown.

F - Filing this under Culturoid 'cause Dwavenhobble responds to a film article with this emissary of his. Plainly, he advocates that references can inspire unfamiliar consumers to seek out the referenced works, that they might gain the same appreciation held by the creator referencing said works. It can direct those consumers to engage with media they'd otherwise overlook or dismiss. Not a bad point, not a bad point at all. I've tracked down sources of references before, I have. Good call, here - at least, I believe so. You'll need to reference Dwaven's blog to confirm. ;) 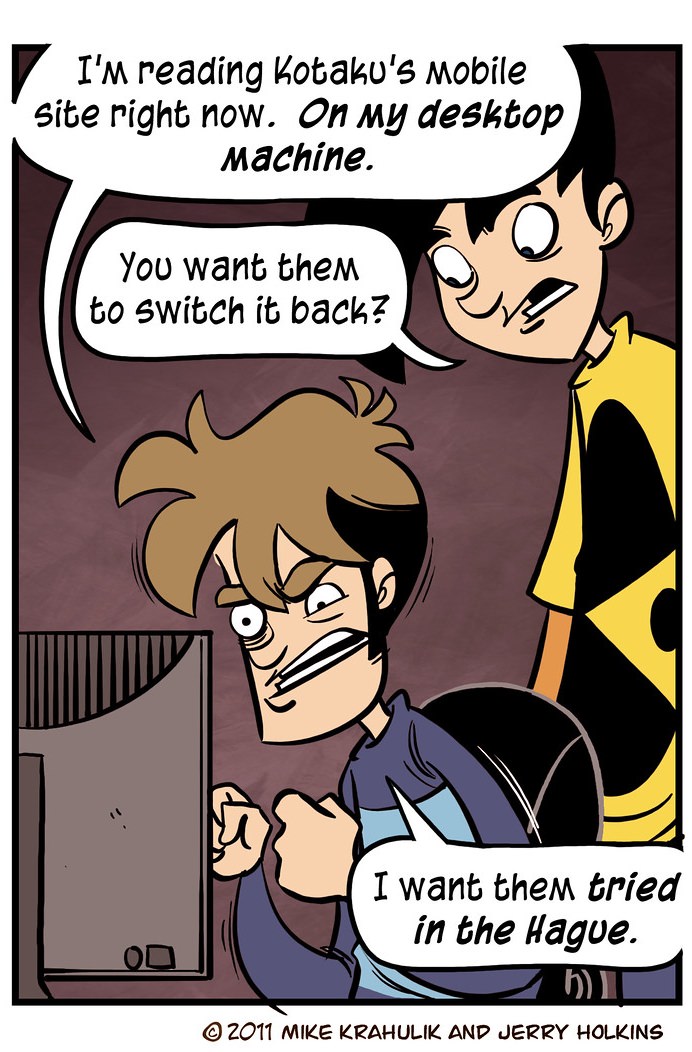 I own a desktop, and lemme tell ya, these days? Never felt so archaic in my life. 'Tis fast becoming an alien specter even grown-ups live without. 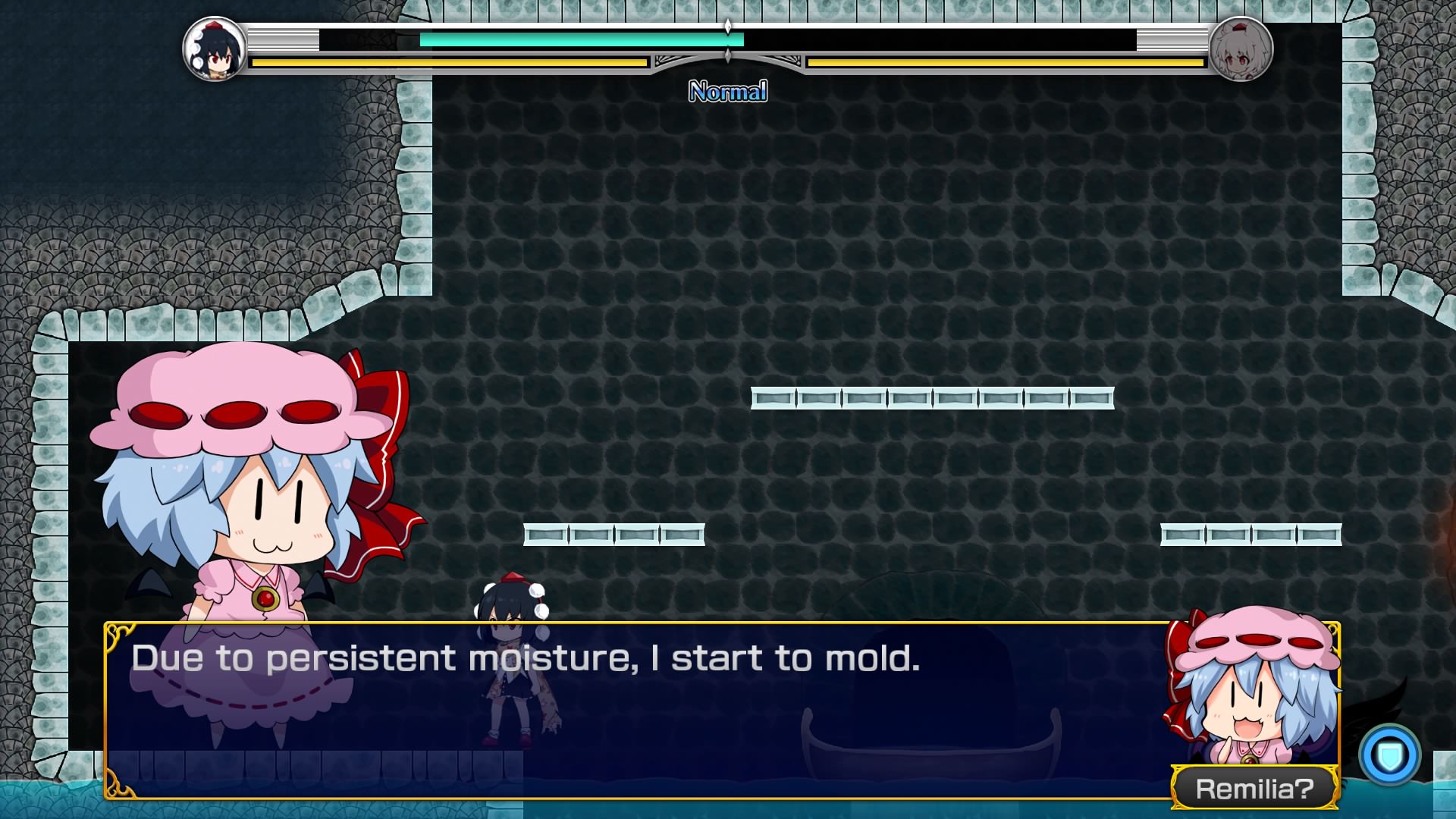