A quick guide to Magic the Gathering

My deck has no pathetic cards

If there's a name that's synonymous with the trading card game industry, it's Magic the Gathering. It's been around for longer than I've been alive, and I'm pretty sure it'll be around after I die. Mortality is a scary thing to think about, but the feeling passes.

I've been writing a lot about card games on Destructoid, especially Magic the Gathering... But I assume most people here haven't played the game before, so I thought I'd set up a quick guide to Magic the Gathering rules so you can understand better the things I'm posting.

And since all trading card games can get stupid expensive if you're not careful, I'll also include in this guide my recommended ways to try the game out on the cheap (as well as alternatives).

What's on a card

Let's first take a look at all the parts of a Magic the Gathering card: 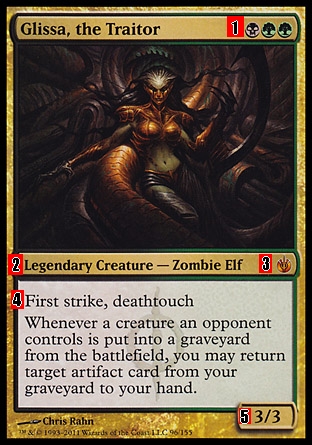 1. The mana cost. All spells have a certain cost that must be fulfilled before you're able to play a card. It's like in real life, you can't buy something without having the proper funds beforehand (don't you dare mention these newfangled credit cards). In Glissa, the Traitor's example, you need to pay two green mana and one black mana to play this card. The more expensive a card, the more powerful it typically is, but having too many cards with a high cost in your deck can spell disaster as your opponent walks all over you in the early game.

2. The type of card. Each type comes with a different inherent effect. 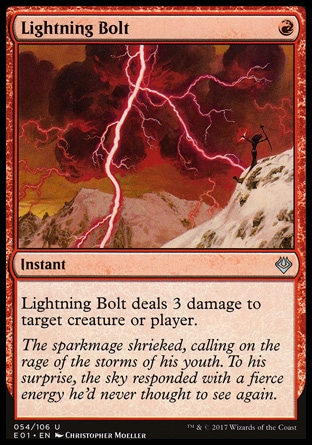 3. The symbol tells you which set the card is from, the color tells you the rarity of the card. Commons are black, Uncommons are silver, Rares are gold, Mythic Rares are orange-red. The card here is a mythic rare.

4. The card's effects. Expect to google what those mean a lot when starting out. Here, "first strike" means it strikes before the opponent in combat unless the other creature also has first strike. Deathtouch means that any amount of damage from this creature is enough to kill an opponent's creature... a very strong combination with first strike. If there's text in italics at the bottom a card, it's only flavor text and doesn't affect the rules.

5. Stats. Creatures have their attack power on the left, their life points on the right. If a creature's health is reduced to 0, off to the graveyard it goes! Health is restored for all creatures at the start of every turn. Planeswalkers have their loyalty (health) on the bottom right as well.

Each player starts with 7 cards in hand and 20 health points. The player who gets to start will have to skip his first draw phase. Here are the parts of a turn:

Your goal is to get your opponent(s) to 0 life. Have fun! Understanding the concept of instants, and that there's a second main phase, is the bread and butter of Magic. The game is part deck strategy, part luck, and part mind game. Get into your opponent's head. Keep your strategy hidden by only spending mana at the last possible second. Instants and card abilities can wait until the end of your opponent's turn.

How to get into the game on the cheap: 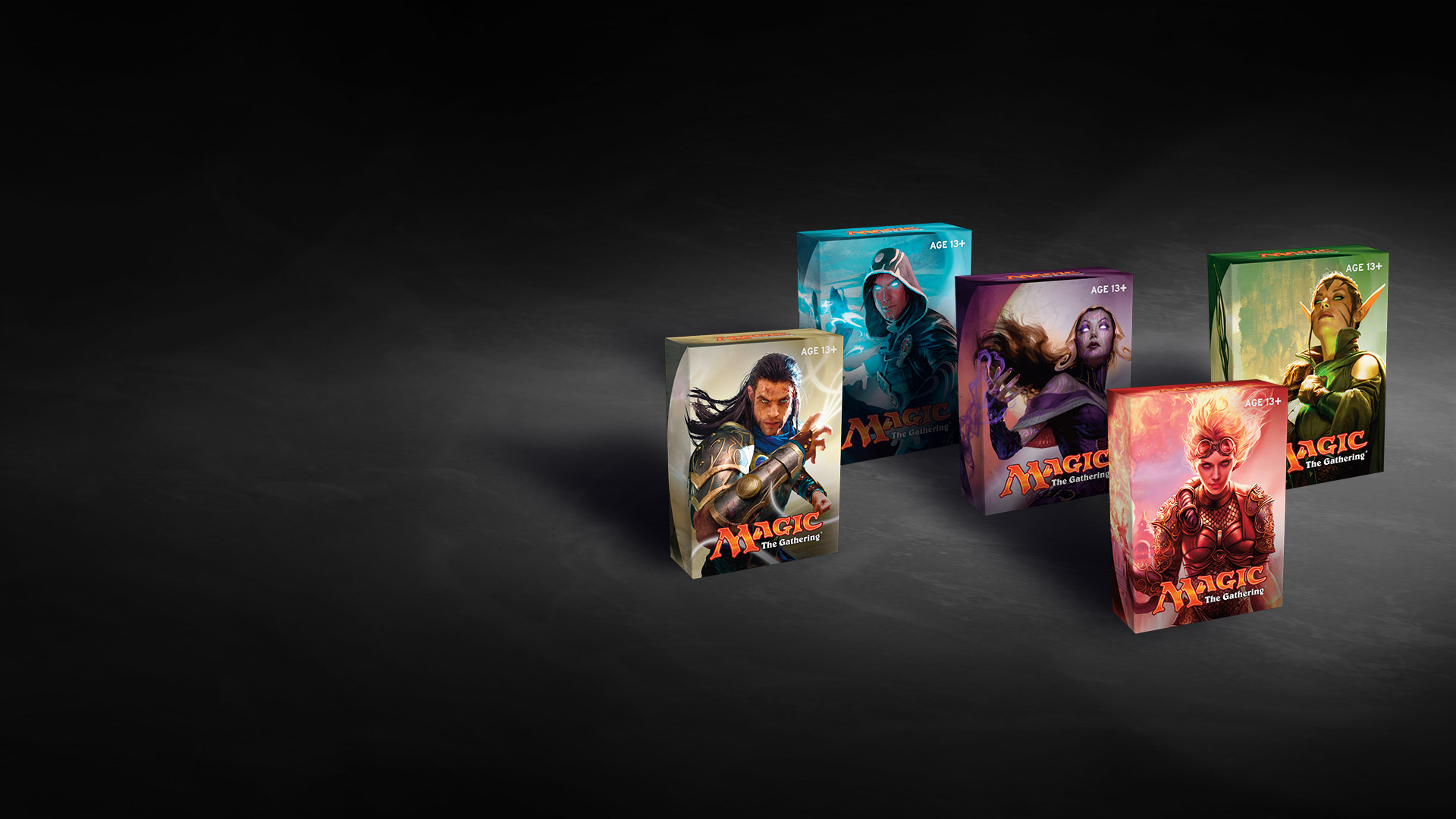 Did you know Magic the Gathering has free decks for beginners? Free as in free beer! Actual, physical cards for free! Not all card stores carry them, but it's worth asking around to see if any local store has these welcome decks. They are smaller than regular decks, at 30 cards instead of 60, and there's nothing of value in there... But it's hard to say no to free! These come in sets of two decks so you can try the game with a friend.

Of course, you won't find these everywhere. If you're out of luck with your local card stores, there are still fun ways to play the game on a budget. For example... 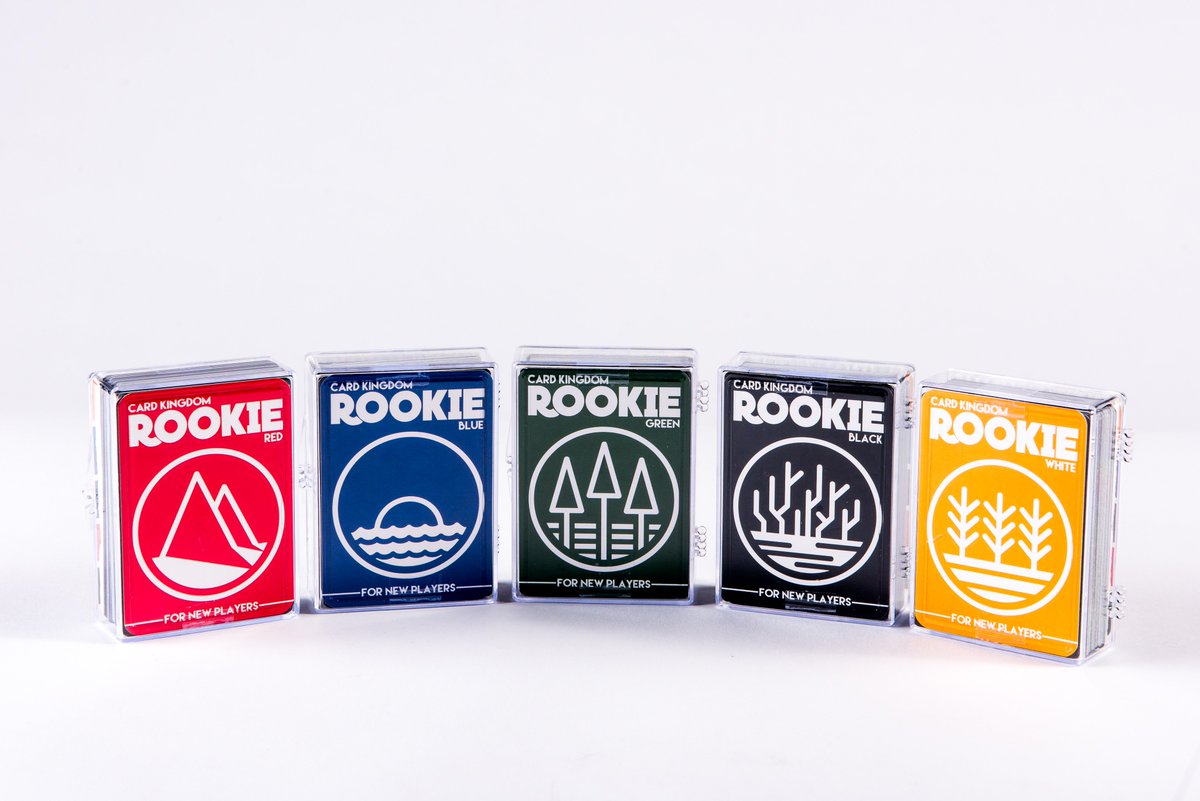 I recently bought a couple of decks from a store named Card Kingdom that offers "Rookie Decks", aimed for beginners, for 7$, as well as more traditional "Battle Decks" for 10$.

They're not competitive decks, and the cards are nothing of value. But unlike Wizards of the Coast's official offerings on a budget, those have card combos and synergies out of the box and should be more fun to play for all skill levels. 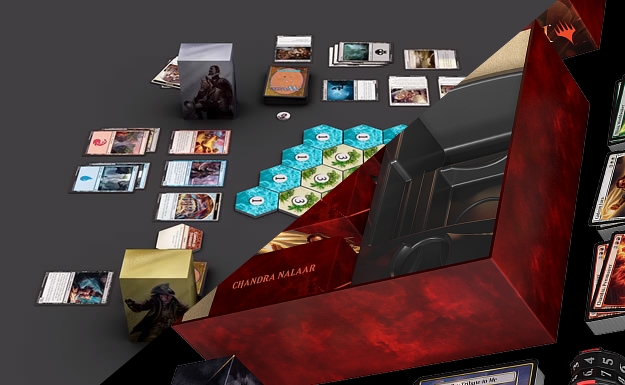 I received Explorers of Ixalan for my birthday and I have to say, I was really impressed by this! Within the large box, I got a set of four decks of cards that can be used to play with one to three friends simultaneously. Plus, the actual board game part is super simple but mixes the gameplay up in a fun way.

While the game is ready to play out of the box, the instructions that came with it only explained how the tiles worked. You'll probably want to print out the basic rules beforehand if you're playing with other new players. It only takes one player with experience playing to have a good time, however... Both my parents had never played Magic before, and my mom ended up winning our family game!

The base MSRP is fairly pricey at 65$, but Explorers of Ixalan is currently selling for 33$ on Amazon. That's a really, really good deal in my opinion for an enjoyable group experience like this. Archenemy Nicol Bolas, another similar MtG party box is also selling for 40$ on Amazon. It's apparently the superior game of the two... But I haven't tried it myself so I can't confirm. In any case, I think these sets that allow people to play Magic the Gathering as a group without paying more than a video game are a great concept. 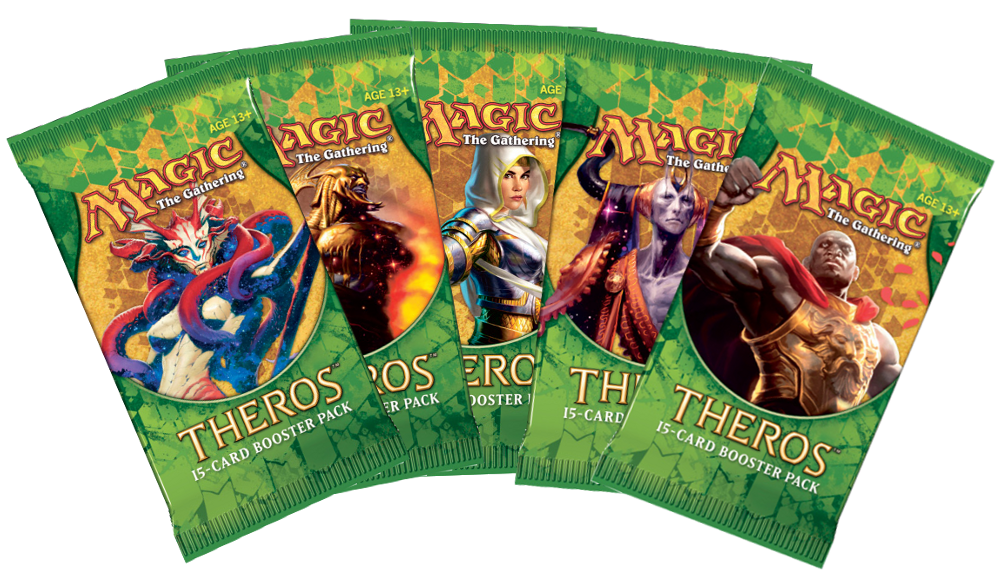 Limited is neither the cheapest nor most beginner-friendly way to play Magic the Gathering, but like I wrote in my Fable Fortune review it's my favorite way of playing card games. When you buy a deck, you'll probably only get your fun from playing with the cards. Playing Limited means coming up with a strategy as you create a deck on the fly, which is challenging and rewarding in and of itself. While I don't think playing Limited is a great idea if it's your first time playing Magic, it's definitely something to consider after you properly understand the rules.

Drafts: Every player has three boosters. Each player opens a booster, and the land and token are discarded. Then each player picks a card from their booster before passing it to the player to their left. Each player picks a card from the 14 cards they have received, then pass the rest. It goes on like this until all the boosters have been shared between all players, then another booster is opened. The direction you pass remaining cards is flipped every time a new booster is opened. By the time all three boosters are finished, each player has 45 cards that will be used, along with the lands needed, to create a 40-card deck.

Sealed: Every player has six boosters. They're not passed around, so each player uses the 90 cards from the packs (plus lands) to make a 40-card deck.

Important! Boosters only have one land card each, so you'll need spare lands to complete your deck! Unless you buy a ton of lands beforehand, your first Limited should probably be done in a card shop so you can get the lands you need.

For the rich kids with nothing to lose: Commander decks (40+$ per deck of 100 cards) 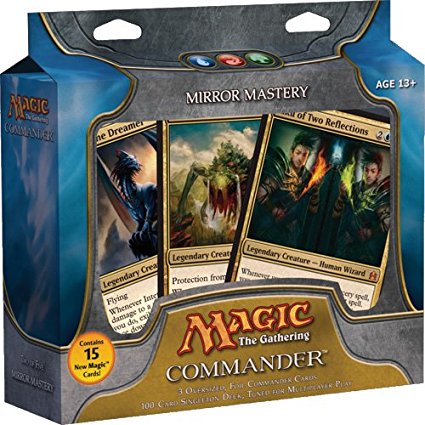 Commander is a casual gameplay format where you can only play a single copy of each card, letting people pick cards they like without worries. After all, any single card only has a 1% chance of appearing in any position in the deck, so anything goes. Wizards of the Coast sells decks of 100 cards that are ready for Commander play, and they're much more viable as constructed decks than the company's cheaper decks. Since Commander is already a more chaotic way of playing the game, it goes really well with groups of more than 2 players.

Of course, these decks also significantly more expensive, but this comes with an upside: these decks come with many cards that are prized by collectors and competitive players, so the individual value of cards in commander decks is multiple times higher than the price of buying these decks. So if you're trying to build your own deck down the line, you'll have a lot of solid (single copies of) cards to get you started. You just have to stomach a higher price of entry.

Other recommended card games I won't make a whole blog about: 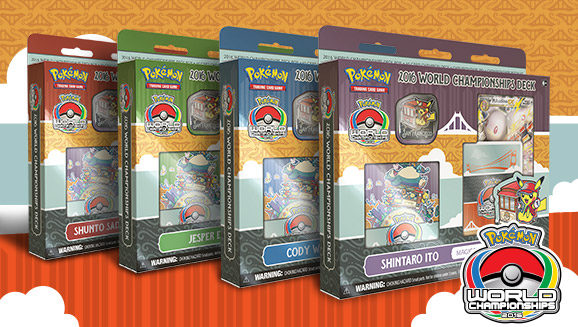 There are many reasons to try out Pokémon TCG first when dipping your toes into the world of card games. Colorful artwork, straightforward gameplay that's friendlier to beginners, and of course the benefits of knowing what the creatures are at a glance. Booster packs are fairly expensive for their size, but they do come with the benefit of being sold alongside a digital code for a booster pack in Pokémon TCG Online, which is a nice plus.

If you want to give Pokémon TCG a shot, I recommend World Championships decks. They're copies of tournament-winning decks for around 15$ a pop. What's the catch? They're not tournament-legal themselves. They have different backs and fronts from legal Pokémon cards, but their effects are the same. But if you're just looking to play games with your friends anyway, who cares about legality? They're inexpensive ways to get your hands on strong decks without having to do any research beforehand, so they're perfect for beginners. 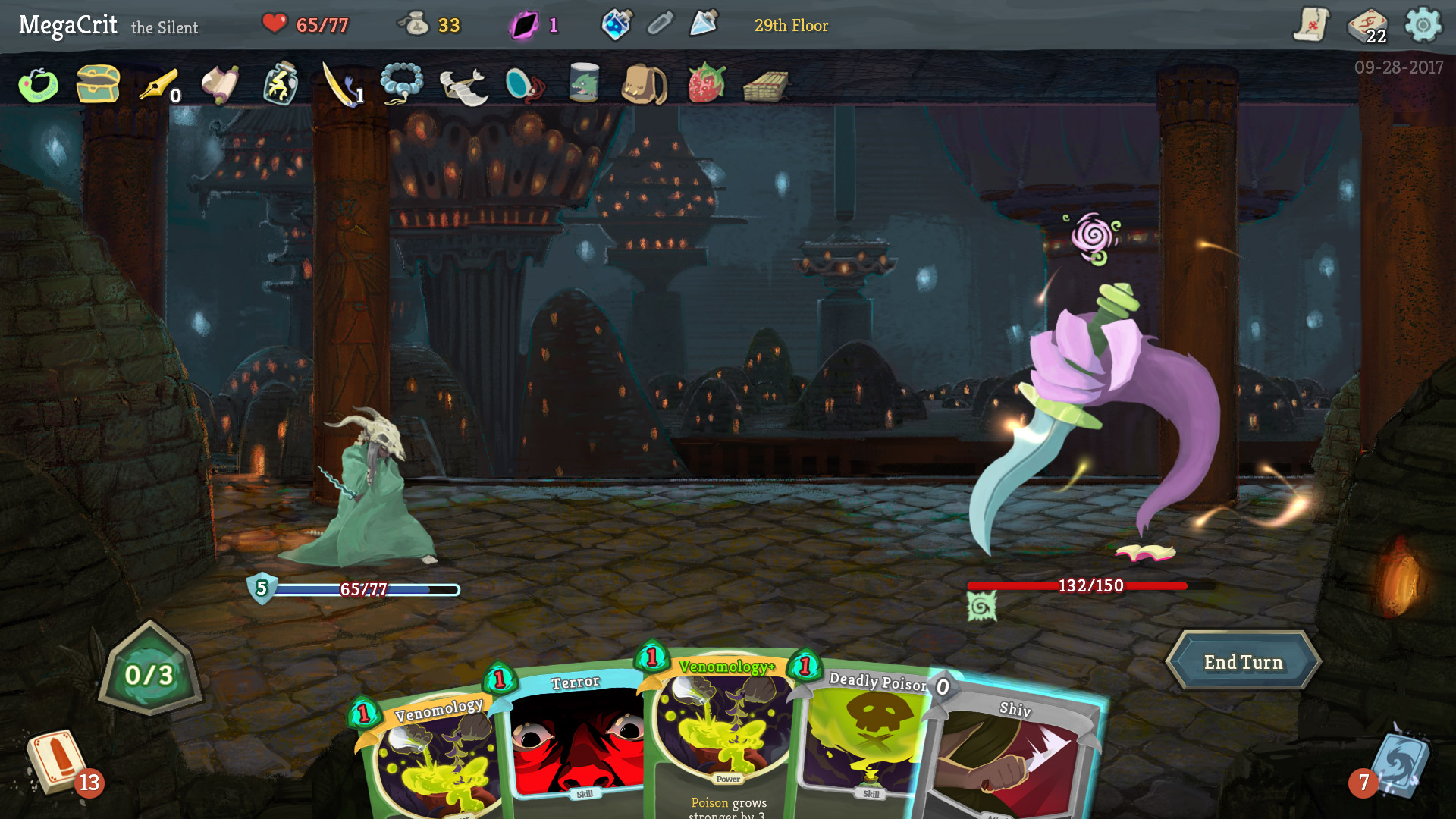 Slay the Spire is a neat roguelite that's part card game and part board game. If that sounds like a lot of elements to mix in a game, it's really not as complicated as it sounds. You progress through three boards, each with a boss at the end, and you must craft a strong deck of attacks and skills along the way. A game over means starting over from the very beginning. The game is fairly accessible to newcomers, but at the same time can get crushingly difficult. An unfortunate encounter can doom a run, and the unlockable Ascension mode is just brutal.

This game is really focused on the deckbuilding experience, which I really like. With most card games, you'll have to spend money every time you want to build a new deck... Unless you already have a sizeable collection of cards. With Slay the Spire you can just start a new game and build yourself a fun synergy. 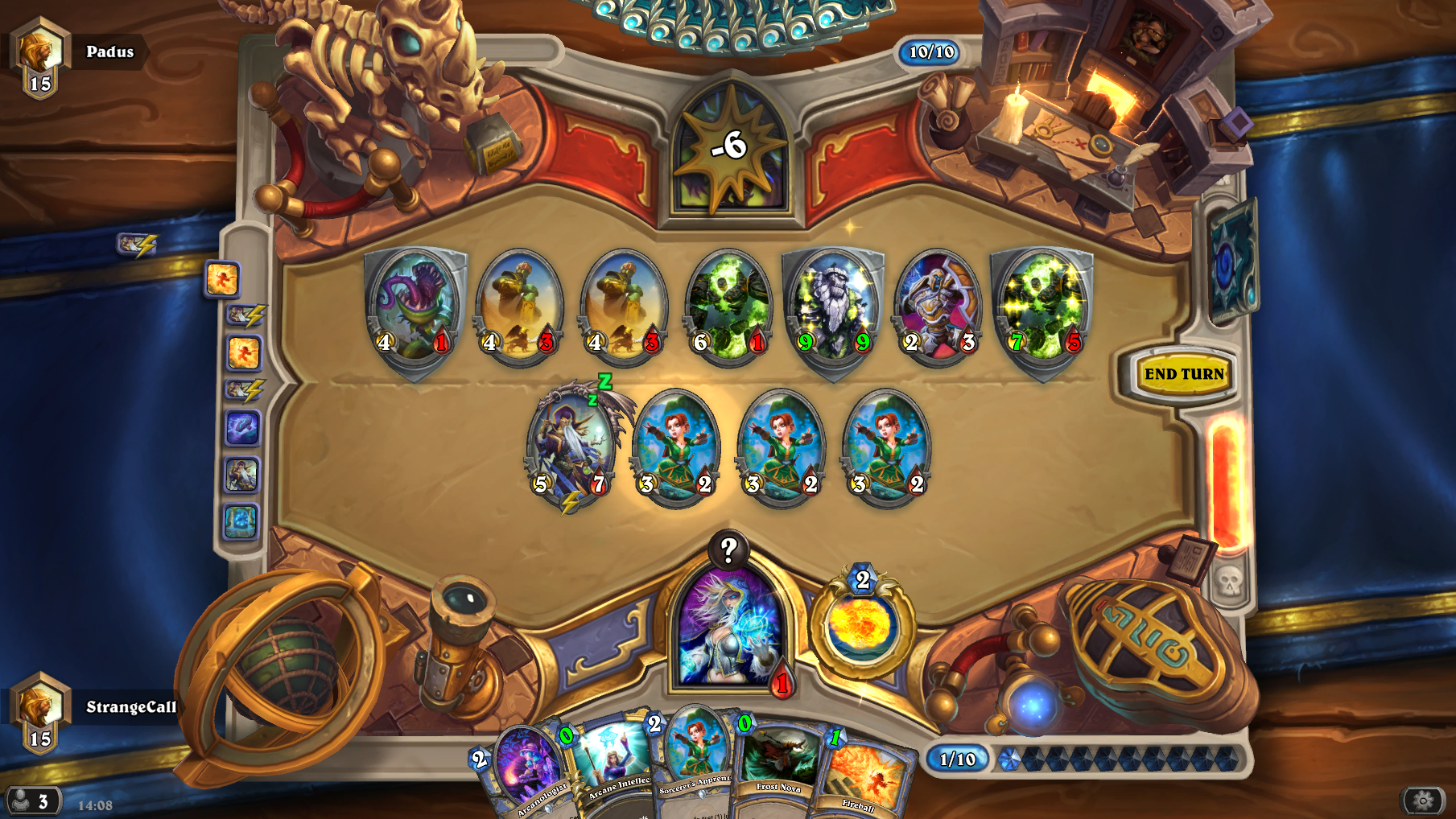 As far as digital collectible card games go, Hearthstone is pretty much the way to go. The user interface is super intuitive, the cards are easy to understand yet still have some potential for combos, and it just all around controls very well. There's a reason everyone is trying to copy this game.

This guide is dedicated to Wes, who won't be around to recap this blog since I posted a chapter of my ongoing novel instead yesterday. Unfortunate timing, really.