The Heel-Turn: The Insanity of Captain Walker 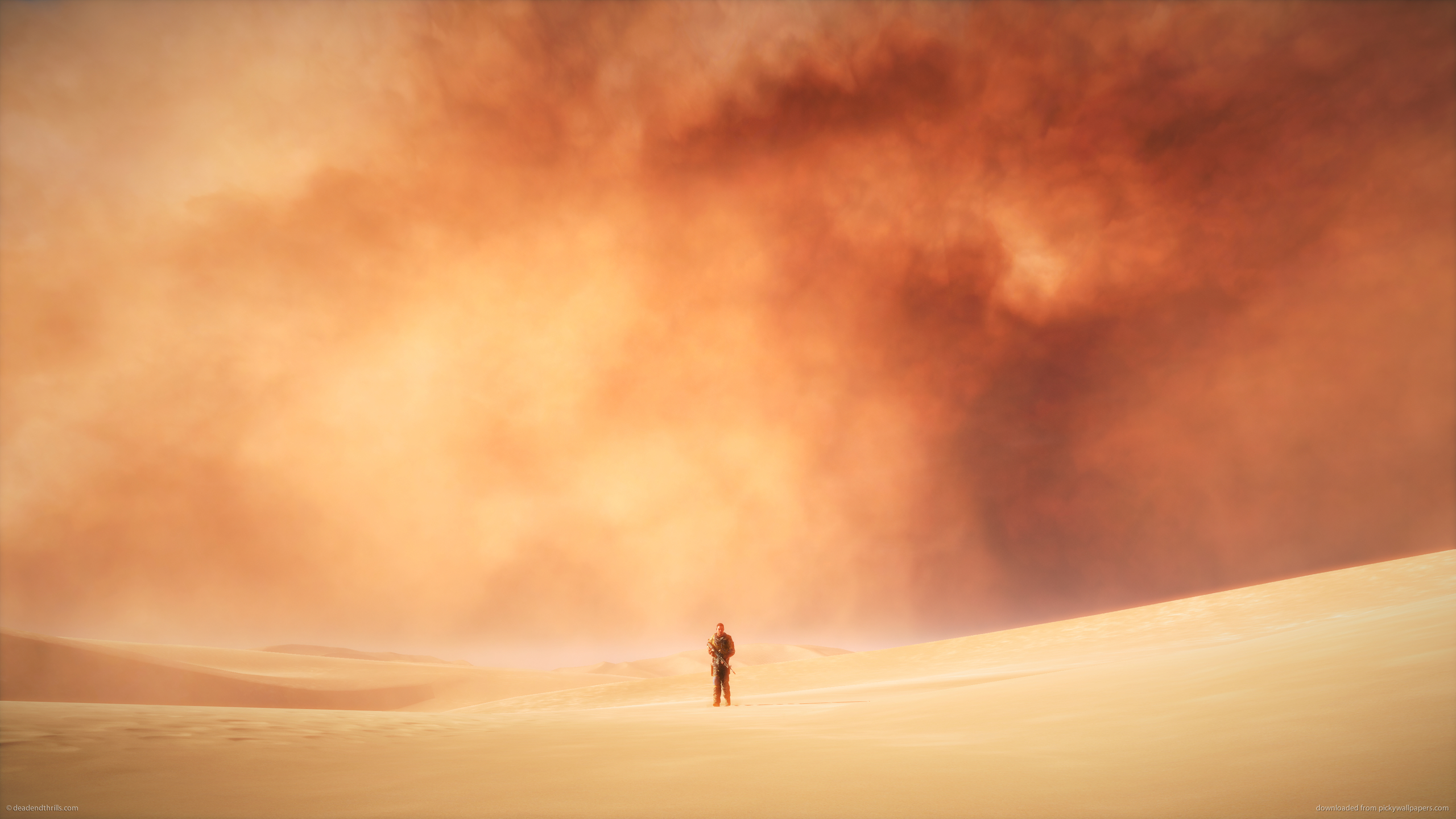 This is all your fault

The joy that comes with playing shooting games (whether it be first or third person) is the ability to make a difference on the battlefield as an individual.

Halo, Gears of War, Doom, Call of Duty... All have the player making an enormous impact on a war or skirmish through the eyes of a single soldier, someone so skilled and deadly that they can change the tide of any battlefield they step onto.
Shooters, at their best, can act as the ultimate power fantasy, allowing players to cut through enemies with reckless abandon and allow the player to use tight controls and fluid movement within immersive environments to make each encounter with the enemy NPC's engaging.

Few games ever criticise war, fewer still criticise shooting games as a whole and even fewer criticise characters who are seen as war heroes in any other context.
Spec-Ops: The Line is one such game and Spec-Ops thinks that protagonists in shooting games are kind of assholes and almost acts as a case study to prove such a point.

It does this through the player's avatar: Captain Walker. 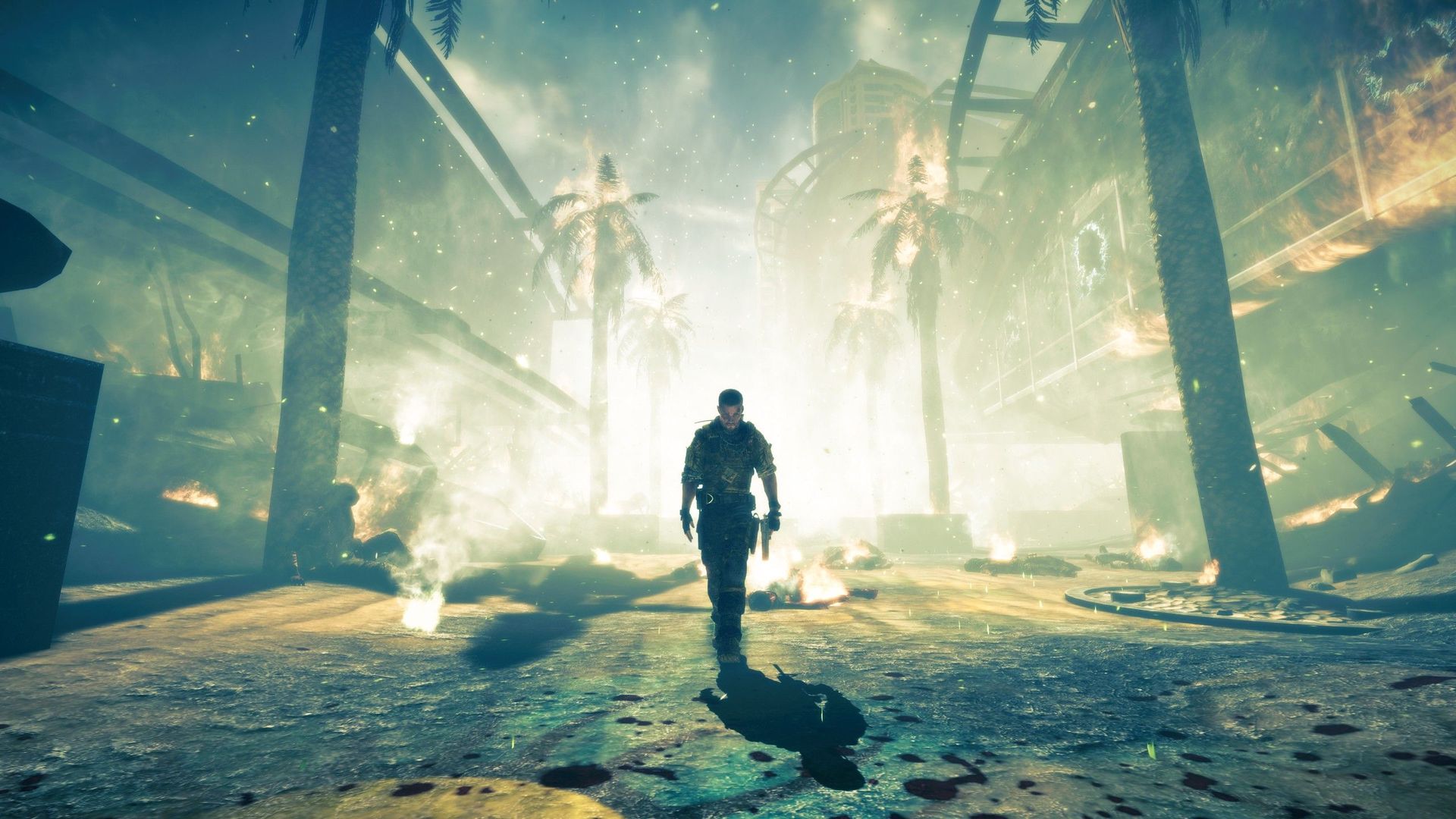 You are still a good person

Captain Walker is presented as a standard, clichéd shooter protagonist.
He's buff, Caucasian, highly-skilled and is on a mission to save the citizens of Dubai and the previous members of the regiment that was sent into the city prior to him.
You could copy/paste him into any shooter game on the market at the time and he'd fit right in, which allows for players to latch onto him with ease.

He is a cut-out of a character and therefore easier to project on to.

As such, you, like Walker, get wrapped up in the mission of the game and choose not to question the events that are going on.
Sure, "smart-mouth" and "African-American stereotype" are a little wary of the choices that Walker/Player are making but they don't know what they're talking about in th egrand scheme of things.
They don't get the bigger picture, they aren't as heroic as you are.
You're strong enough to keep pushing on, you can make the tough decisions and get things done.

You're the main character after all.
You've played these things before.
You know how this goes.

These played-out character tropes make the shift of the game from "standard third-person shooter" to "third-person, psychological horror shooter" jarring to the player; but in doing so this thematic and tonal shift shows Captain Walker in an entirely different light.

Framing a protagonist in a shooter in this light makes you see them for what they are: they are kind of a blood-thirsty psychopath.
Spec-Ops' self-reflexive critique of these types of characters allows the players to reflect upon their experiences with characters of a similar sort in games they've played before, whilst experiencing Walker's heel-turn in real time.

And it all truly starts with phosphorous. 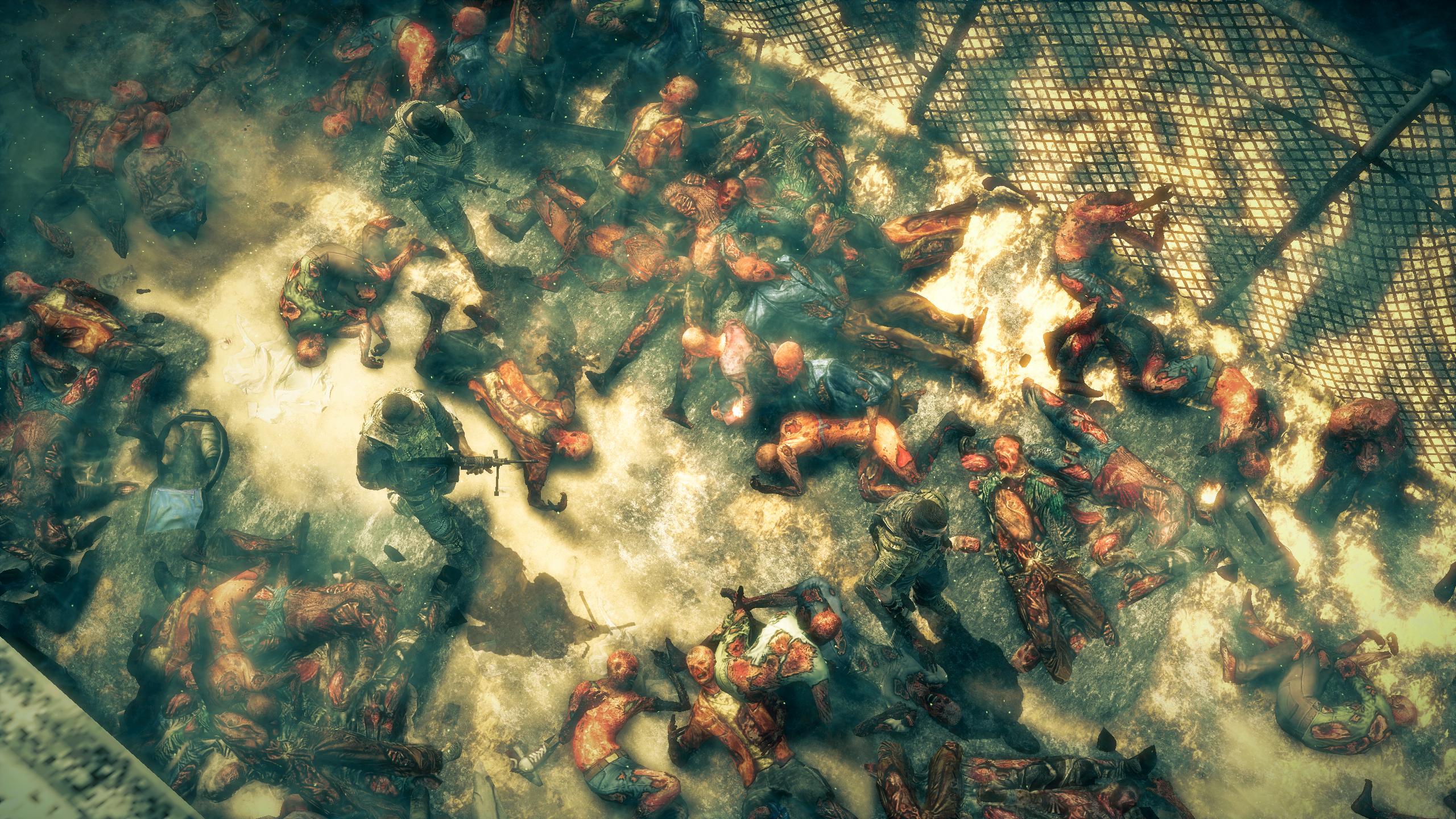 I actually think this scene is the weakest in the game, mostly because I saw it coming a mile away, however, in the grand scheme of things that doesn't matter.
Execution is everything.
Context is the thing that really matters matters.

The context of the 'White Phosphorous' scene is a little more 'meta' than anything else before or after it, since it exists as a critique on the extensive use of the 'mortar sequence' or the 'gunship sequence' popularised by Call of Duty 4: Modern Warfare.
In CoD4 you rain down hell on enemies below, without any knowledge of who they are or whether the intel you're being told is correct or not. For all you know, those people down there could be anyone, not just the enemy but women or children refugees.

By the time Modern Warfare 3 rolled around, the disconnect between the spectacle of the gunship and the actual point of it were lost, as you decimated Paris and left consequence-free devastation behind once finished.
Spec-Ops comments on this disconnect and takes it a step further by having you murder civilians based on false assumptions by the protagonist and (for the most part) the player.

The white phospherous sequence is necessary for the dual narratives of the game that comment on the brutality of war and of the gaming industry at the time.
It is in this moment that Walker's heel turn occurs, because he does it with such a huge disregard for the cost of life.
So long as the enemy dies, he doesn't care what he drops on them.

Dumping the white phosphorous is the point in the game that recontextualizes all previous actions taken by Walker making seemingly inocuous comments or skirmishes with the 'enemy' take on a more sinister and tragic tone.
You realise you've been playing the bad guy all along.

Absolutionism is a dominant sub-text of almost every military shooter of the time, where games would boil geo-political conflicts on both sides down to a set of characters who are good and those who are bad.
Sure, the "good" guys commit mass murder to a staggering degree, but it's all done in the name of the greater good.
Through analysing this viewpoint presented in the genre, Spec-Ops states as an absolute fact that warfare is never this black and white, thus allwoing for the exploration of morally grey areas within the psyche of the main protagonist, knowingly subverting tropes that had been prevalent in shooters for years.

Due to this subversion of character tropes, Spec-Ops: The Line exists on the same self-reflexive pantheon as Cabin in the Woods, The Dark Knight Returns or Watchmen.
It presents itself as a warning to the player: Protagonists shouldn't be like this. 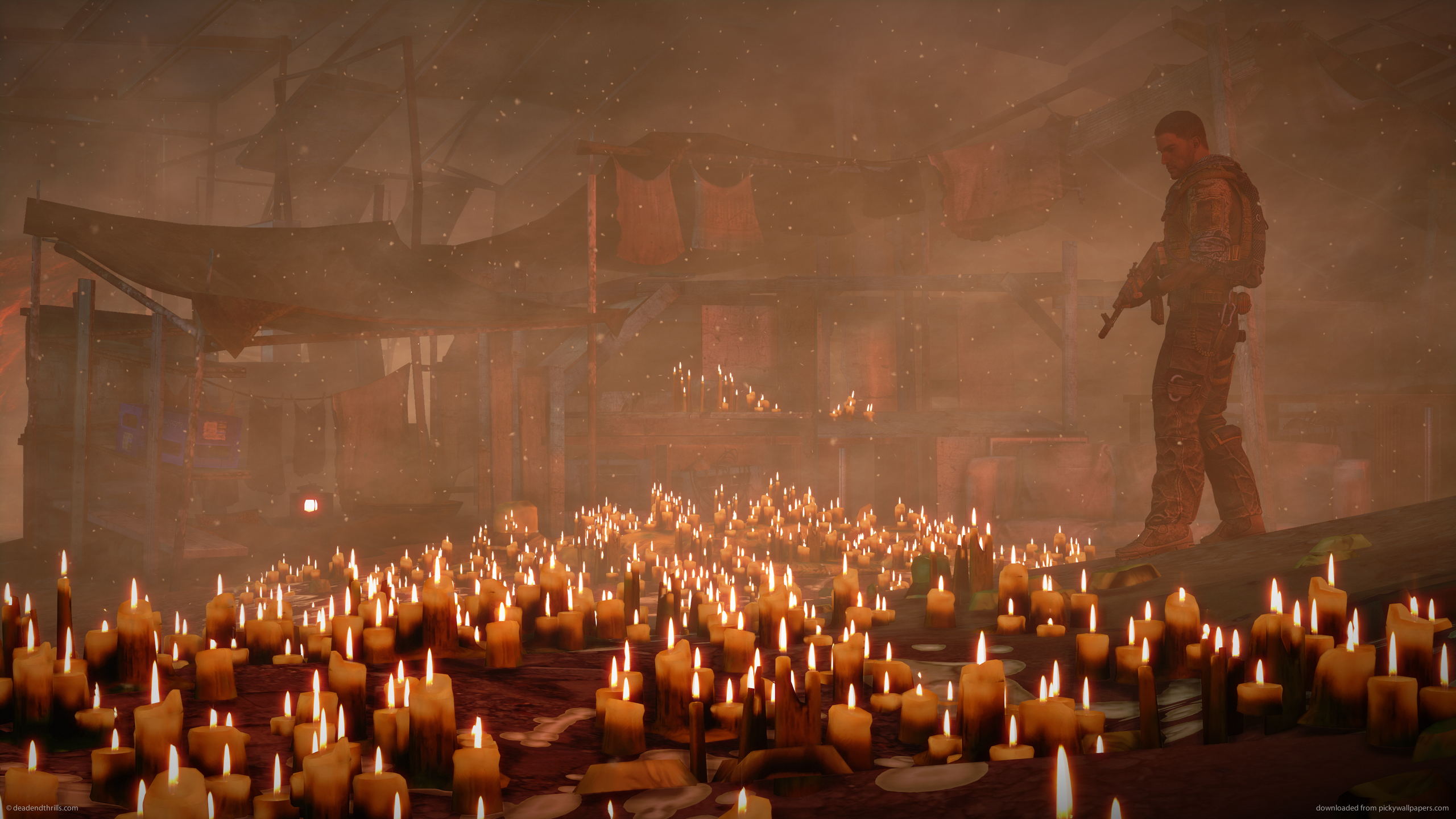 Can You Even Remember Why You Came Here?

The little touches in Spec-Ops: The Line really hammer home how much of a bastard Walker is and none are as damning than the fact that mission he and his team embark on is very simple.
"We have our orders. Find survivors and leave the city immediately. Radio command from outside the storm wall. They send in the cavalry and we go home."

The thing is, is that you forget that this is the plan the further into the game (and the further into madness) you go with Walker, with the game asking all the while "Are you really enjoying this as much as Walker is?"

Contexualising the banal mechanics allows the game's story to overcome its pedestrian gameplay with ease; it allows the developers to form an entire narrative out of one simple fact that you shouldn't have ventured too far into Dubai in the first place.
Walker's mission was reconnaissance and surveillance yet he, like the protagonist in every other military game, wanted to play the hero and save the day, costing him his own sanity and the lives of his men in the process.

In fact, almost every encounter Walker faces in the game ends with him causing more harm than good.

The first combat sequence you encounter?
It was Insurgents trying to ask if you were the 33rd Regiment or not, terrified that you were bringing them back to the labour camp.

Konrad, the man that Walker defends so unequivocally for the majority of the game?
He was as repugnant as Walker, declaring martial law over Dubai once his initial evacuation failed.

The water you steal with the CIA operative?
Firstly, it wasn't Walker's position to get involved in the cities politics anyway but, second of all, he helps the CIA agent destory the last remaining water supply in Dubai which, in turn, would allow for all of Konrad's war crimes to be covered up.

When I came to the ending the first time round, I had to sit there with the game paused for a moment, everything falling into place for myself like a jigsaw puzzle.
Allowing the player to have multiple endings was ingenious as it allows them to decide what ending best suits Walker's narrative.

For some reason, I'm always drawn to him surviving and giving up his gun to the military.
Walker is an asshole who deserves to be reprimanded for his actions, while killing himself or mowing down the army feels like a cop out.
Facing the consequences of his actions and having to live with the violent actions he has committed as well as all the devastation he has caused to innocent civilians is more of a punishment.

Throughout the course of Spec-Ops' play time I was disgusted and enthralled in equal measure.
The game features an incredibly strong narrative that holds heavy thematic weight over the player for the longest time, while also giving its cookie-cutter gameplay context that allows it to be more meaningful in the process.

But none of this compares to giving gamers one of the best bad guys in gamng history, whilst pulling off the master-stroke by making him the person you play.

By the time you reach the conclusion, the developers make you realise that Walker was a heel the entire time... it just took a while for both you and him to realise it 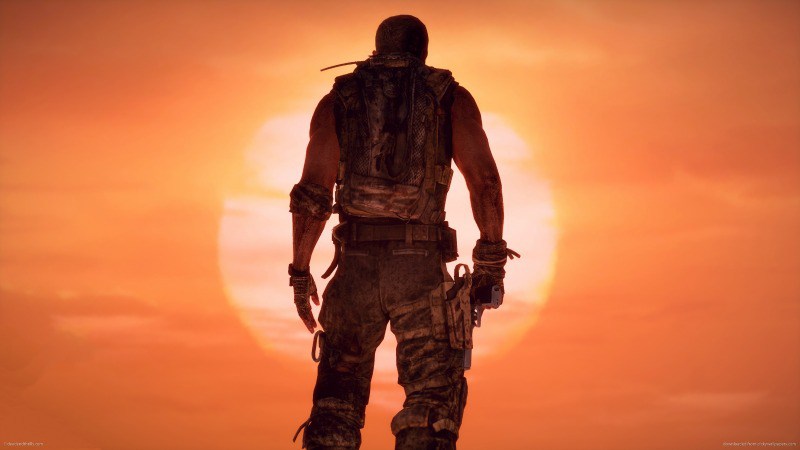