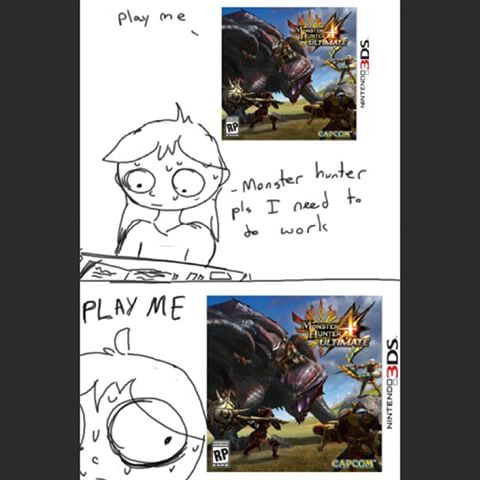 This is my thinly veiled attempt at productivity on the sire as my compulsion tugs at me to farm Teostra for horns and hopefully, gems. I mean, a lot of stuff I want needs Teo stuff, not to mention Anjanath simply refuses to give me his gems so I can finally finalize my Anjanath hbg for those times I feel like holding a cannon in between my arms for massive 9 shot clip si-

Anyways I want to do my usual, "This is what the community thinks of [x] game spiel," for the FP. But can I truly stay in the lines when there's so much I want to bring up on an area that may eventually say, "Enough with the Monster Hunter!" Maybe one post asking generically how you've been doing, maybe, and the rest of my energy spent on the cblogs for stuff like, look at all these weapons I'm loving, what are you favorite weapons? Or what are you favorite monsters so far in the game? That what I can boil it down into, right? Nobody's writing any deep cut analysis of The Handler. I bought the guildmarm outfit for her because sometimes you just need a comfort dish.

Yes, I've burn 130 hours and I don't feel done yet. I've mostly been hunting normal monsters, I still need to actually farm tempered monsters and start seeing how far I can push the limits of the system with decoratons and augments. Did you know there are decorations that basically allow you to slot in a whole armor set's bonus as one jewel? It would be nuts to get the Master's Touch in jewel form. 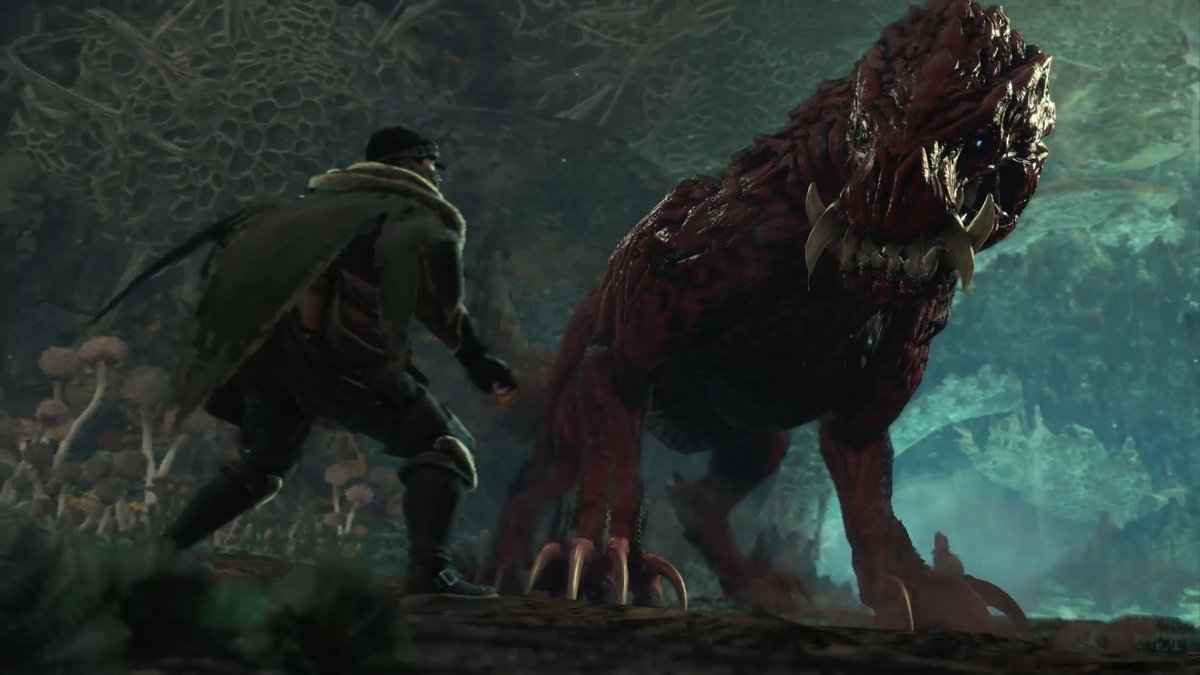 Is there anything specific you'd want me to bring to the FP for a round up post of the community's misadventures on Monster Hunter? Or would you like to tell me what your favorite weapon model is? Or your favorite overall monster? I love all of Odogaron's weapons, both for design (classically Japanese inspired)and function (natural white sharpness and incredible affinity). I love Sin, the Dogaron dual blades, as well as Karma, the Dogaron light bowgun. But man, Nergigante's dual blades, the Decimator Claws, are a sight to behold. I do like Dogaron overall as a monster and the equipment he brings, but I also love Tobi-Kadachi, even if most of his weapons are just weapons with his fur glued on.

Later on this week, I may very well get on the all important Kiranico to get pictures of the weapons models and share the weapons I love, but for now, this should be enough to get the ball rolling? How have you been doing with Monster Hunter fam?