Slow news day is slow: Lucas in Brawl may not be a Ness clone UPDATE! More pics, Snake video

1:17 PM on 10.14.2007 (server time)    0
Like many die hard Earthbound/Mother fans out there, I want both Lucas and Ness to be in Smash Bros Brawl, though it seems unlikely. Here is a scan that shows that the two characters have at least one difference between them. 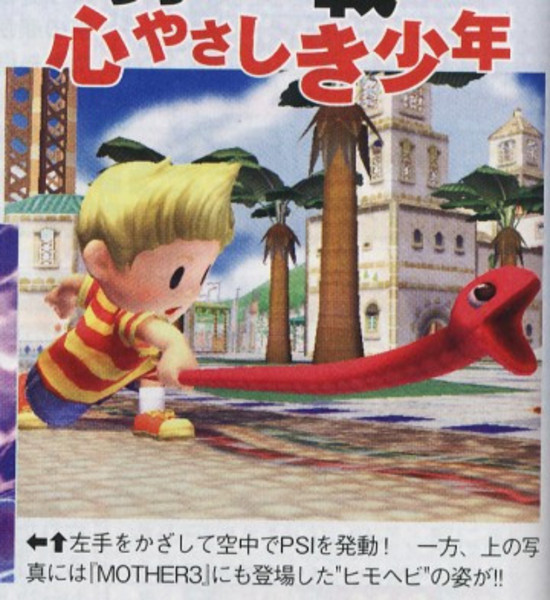 For those who didn't play Mother 3, this snake works as sort of a Hookshot, but like everything in the Mother series, it's weirder than that.

Towards the end of this video, you can see Duster, Lucas and the gang hanging from the Snake. You get the idea, right?

And here are some more pics I just found on [url]http://www.starmen.net

Looks like these are the other moves Deke was talking about.

Lucas is looking more and more different from Ness by the second.
#Community
Login to vote this up!